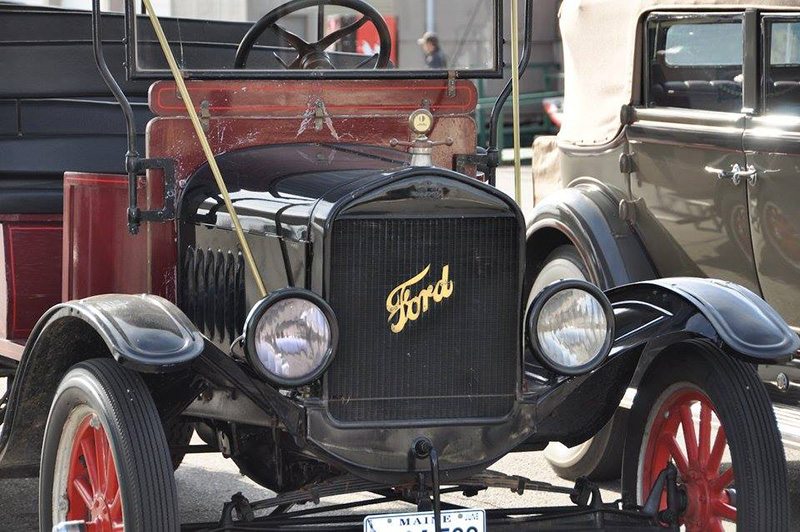 Whether you are into cars and planes or not,  Owls Head Transportation Museum, Maine is a very interesting place to visit. Obviously if you are into these, you will be in a happy place because this museum has some amazing exhibits spanning the times.

I know Gordon was fascinated to see many of the planes and to see the rapid development that has occurred from the Wright Bros Kitty Hawk to the Gemini Space Capsule, a mere 50 years of separation. I was more interested to see if Jon Travolta, who lives nearby and is into planes, might pop in. 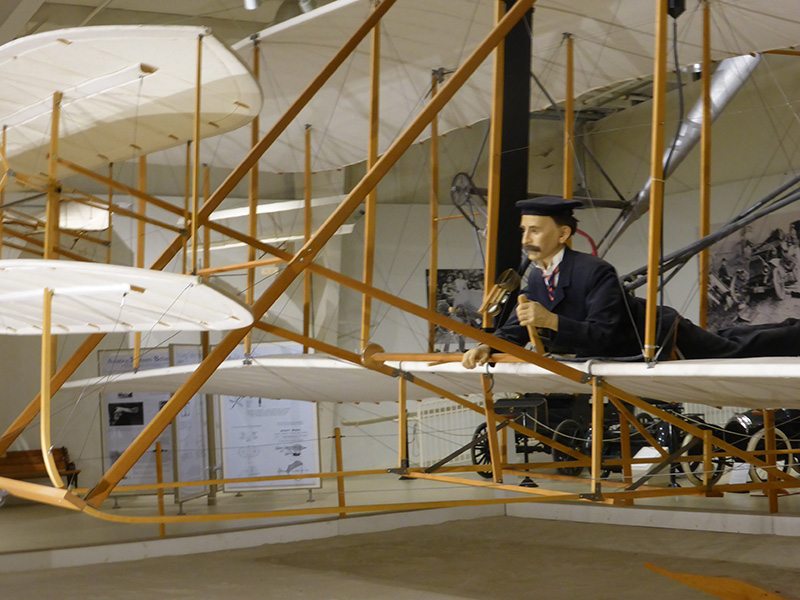 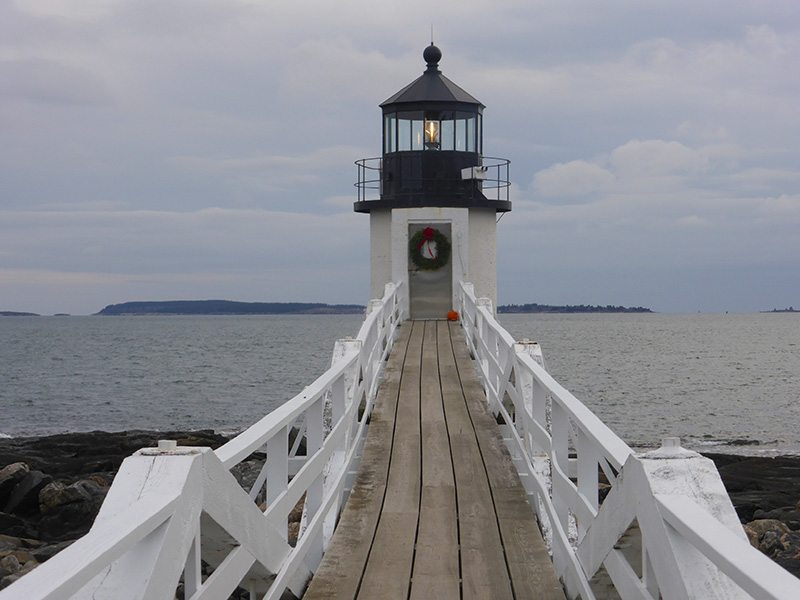 The museum features over 200 antique aircraft, motorcycles, bicycles, and automobiles. Some of these transportation pieces date back to the 1800’s and celebrate the pioneering spirit of America. 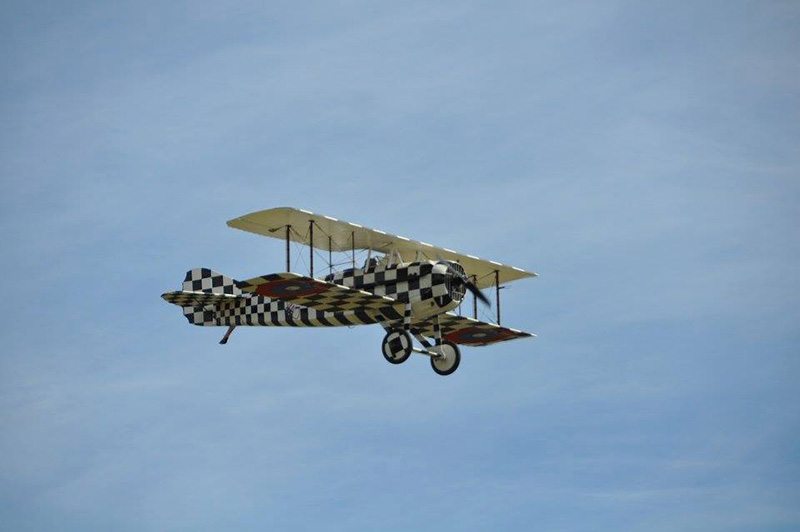 Everything in the museum works. A lot of time is spent on restoration and education, and it has become a very popular and significant national museum. Owls Head Transportation Museum is a nonprofit educational organization. Its mission is to collect, preserve, exhibit and operate pre-1940 aircraft, ground vehicles, engines and related technologies significant to the evolution of transportation for the purpose of education. 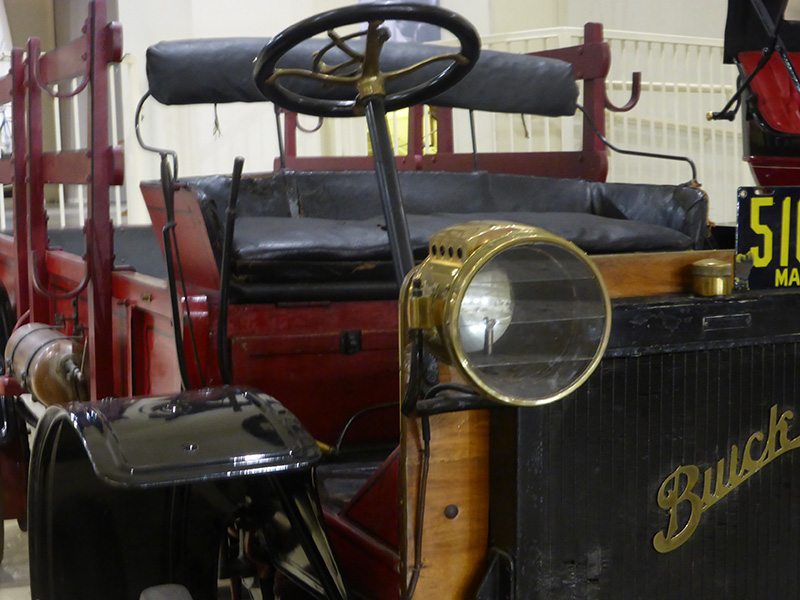 Some of the favorites are the 1917 Fokker Dr. I Tri-plane and the full-scale replica of the Kitty Hawk, the plane that the Wright Brothers used for the first powered successful manned flight in 1903 in North Carolina. The 1929 Phantom Rolls Royce and a 1919 Harley Davidson are also very well liked exhibits. I liked the gypsy caravan and the snowmobile that the old country doctor used to make house calls to his patients. The 1915 Ford Model T is also a vehicle that draws the crowds. 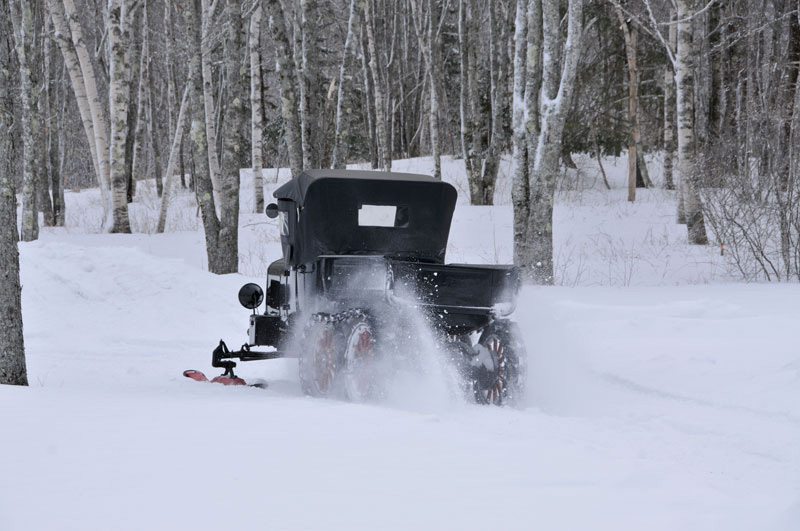 During the warmer months, many of the planes put on displays for the public to see. We were able to go into the aviation workshop to see the planes being restored and I know Gordon thoroughly enjoyed some very technical conversations with the volunteer workers.
Some of the oldest exhibits available to visitors include the famous Cayley Glider from 1804, 1868 Velocipede Boneshaker, and the 1880 Merlin Portable Steam Engine. 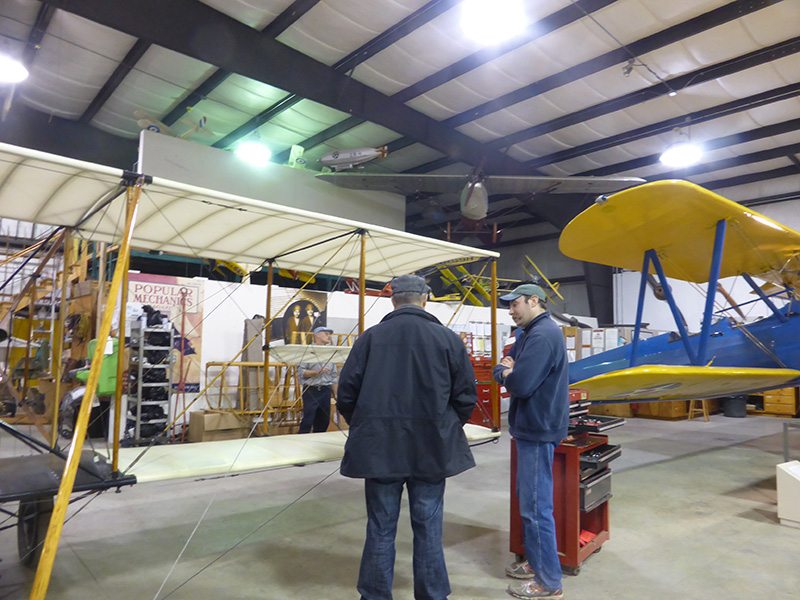 The New England Auto Auction™ is the Museum’s largest annual fundraiser and one vehicle “a four-speed 1968 Mercury Cougar XR-7 GT-E produced with a factory-equipped 428 Cobra Jet Ram Air engine, one of just three produced, selling for $228,800. The rarity and provenance of this vehicle attracted significant advance media attention from publications including Hemmings Motor News, as well as from the large international community of Cougar collectors.

The Writers were the guests of Owls Head Transportation Museum and thank them for an educational and enjoyable afternoon.