Why Tallinn Estonia or e-Estonia is so popular 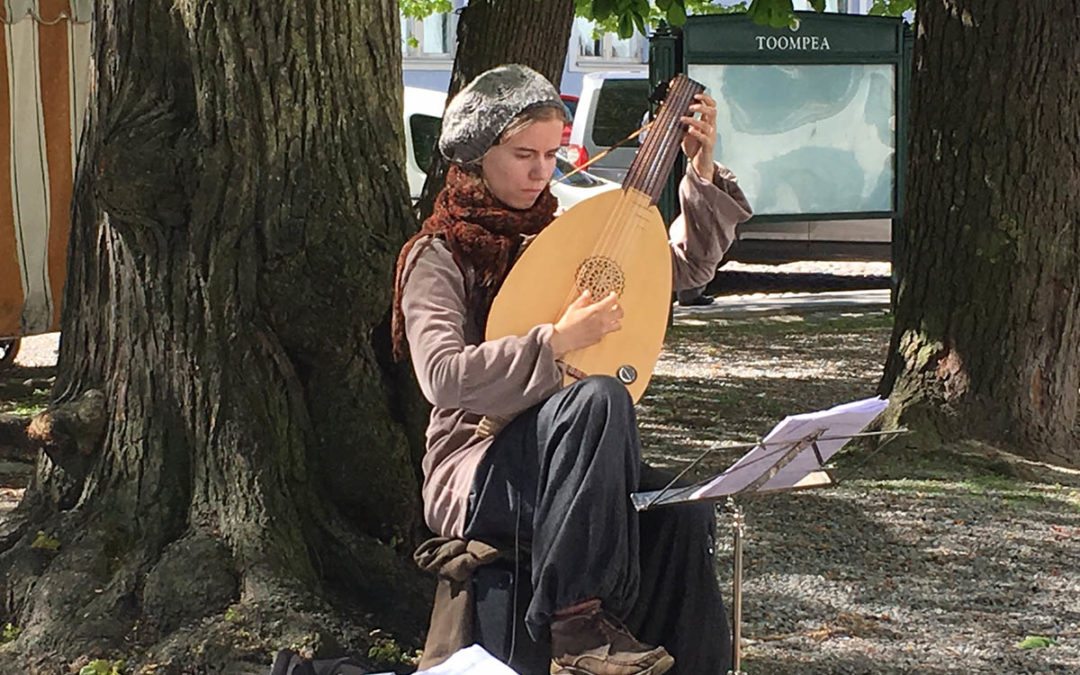 Grab wine, coffee or better still an Estonian crafted beer, and let me tell you Why Tallinn Estonia or e-Estonia is so popular. It has to do with the fact that this medieval city in the Baltic States, is a progressive e-society and hence it’s popular name of e-Estonia. Digital Nomads, start-ups and entrepreneurs are flocking to be a part of this advanced society, which I will explain a little later in this article. 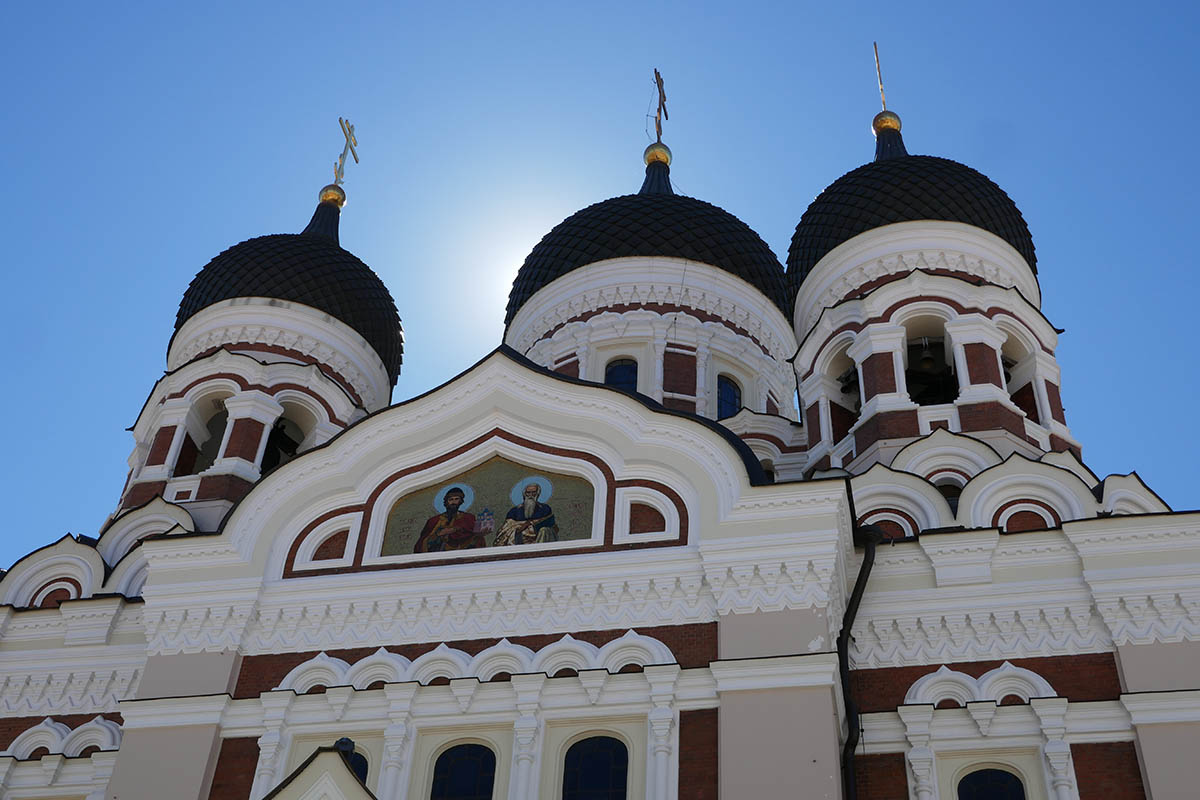 What I will cover in this article, and why you should settle in and read it all 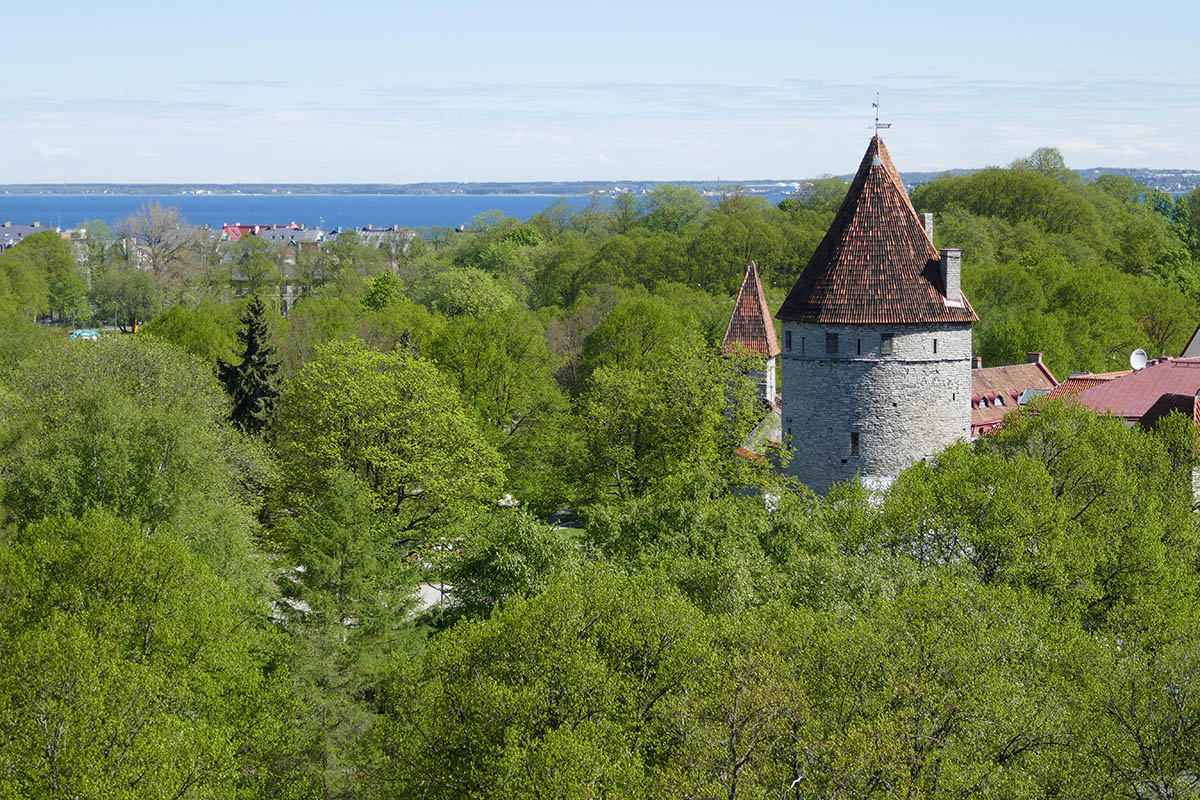 Tallinn in Estonia is also very popular because let’s face it, Tallinn is a very attractive city, and while many people say that it has become very touristy; that is with good reason. It is a beautiful and very inviting city. It has amazing architecture, great gardens and did I mention that Estonian crafted beer is both cheap and very good. 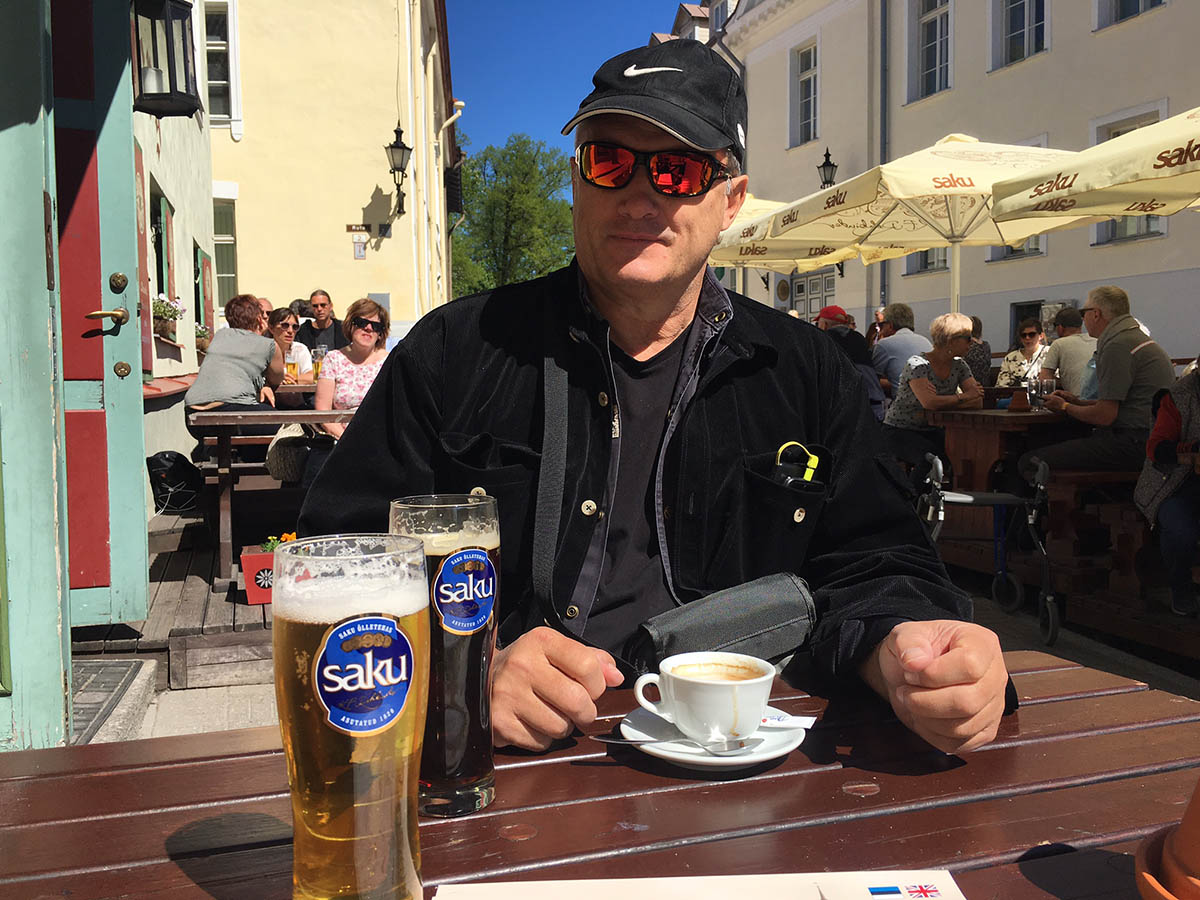 Why Tallinn, and Estonia are attracting the tourists

Tallinn is a picture-perfect destination of medieval cobbled streets, red roofs, large onion-domed churches, that glisten in the sun, and a walled fortress with towers to complete the picture. It has both an Upper Old Town and a Lower Old Town that will take your breath away with their beauty. Tallinn is a city with a village feel as you meander the streets, the gardens and sit for a local beer in the sunshine and take in all what this country has achieved in a very short time. On the day we visited it was the most perfect day to showcase why Tallinn deserves its popularity. 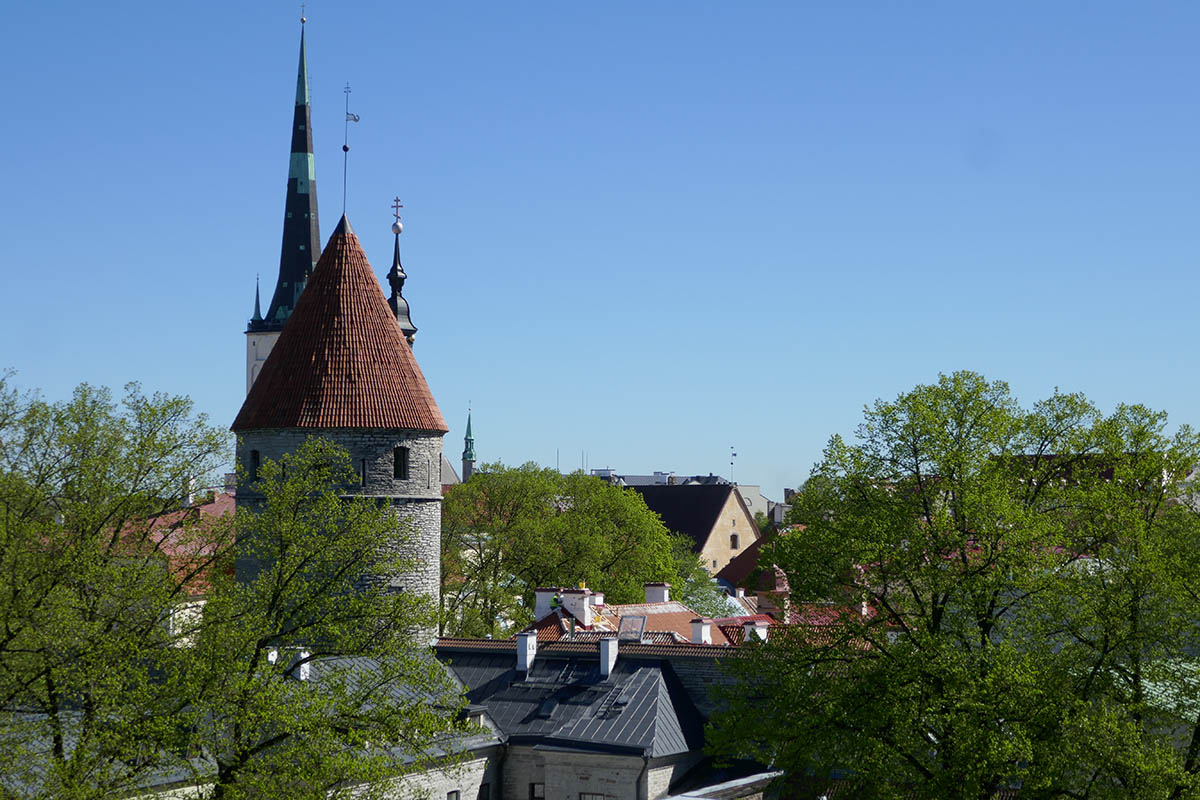 The fact that this medieval village was once a Soviet ruled state just 26 years ago, and is now at the cutting edge of technology adds to the intrigue of e-Estonia. And they have a sense of humour, as you will see. As soon as we could, we disembarked the cruise ship, trying to get ahead of the tourists who would and did descend on Tallinn. We wanted it on our own for a little time.

Where is Tallinn Estonia or e-Estonia?

Far, far from the maddening crowds, we sailed into a very flat city. It did not look promising at all as we headed into the nether regions of the Gulf of Finland, and one of the former Soviet states called Estonia and to its capital city of Tallinn. Located in Northern Europe, Estonia is in the north-eastern part of the Baltic Sea region. Due to it’s strategic location, Estonia has historical ties to Denmark, Sweden, Poland, Germany, Russia, Finland and other countries.It is 82 kms from Helsinki, the capital of Finland, 280kms for Riga, the capital city of Latvia, and 310 kms from St Petersburg in Russia. Look, let’s face it, this e-society is remote, which makes its dramatic rise in the technological world even more intriguing. For digital nomads like ourselves (well we travel a lot), it promises to be nirvana. 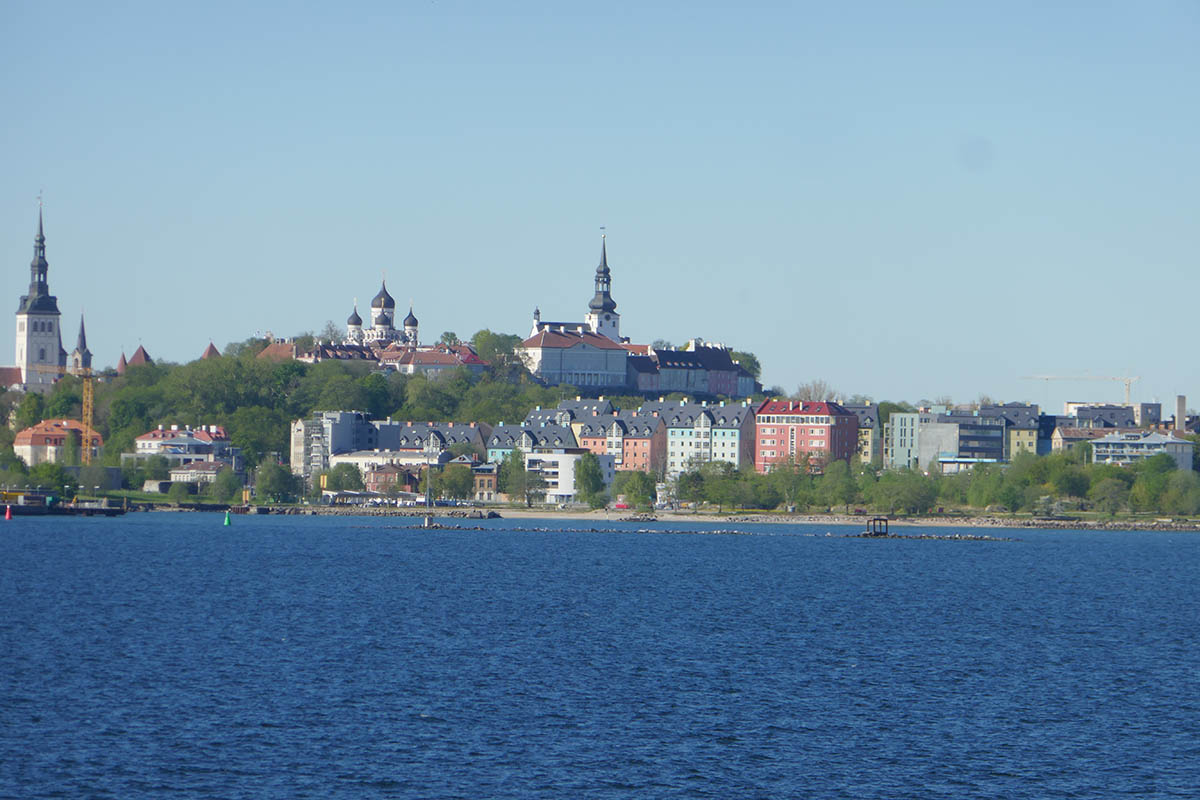 What Tallin shares with us about themselves

When we left the ship, we were greeted with a large board telling us about themselves.

• Tallinn is the home of SKYPE
• Tallinn was previously called Reval until it gained independence in 1918.
• A 2008 Discovery Channel article rated Tallinn amongst the world’s top 10 cities for free wireless internet access.
• Tallinn has the oldest continuously running apothecary in Europe called Raeapteek.
• Chimney sweeps in Tallinn continue to wear the 19th century uniforms. If you come across one, be sure to touch his brass buttons for good luck.
• There is free public transport for anyone who is registered as a resident in Tallinn, and that includes e-residents, which I will explain later. Estonia has over 2000 islands, many mostly uninhabited
• Estonia was the first country to complete electric vehicle charging network with nationwide coverage
• For Estonians, dark rye bread called lieb is very very popular
• Estonia is one of the least religious countries in the world with only a quarter of the population having some sort of affiliation with a religion; yet they have some amazing churches.
• Estonians love saunas, and they can be found in houses, apartments, and even on buses 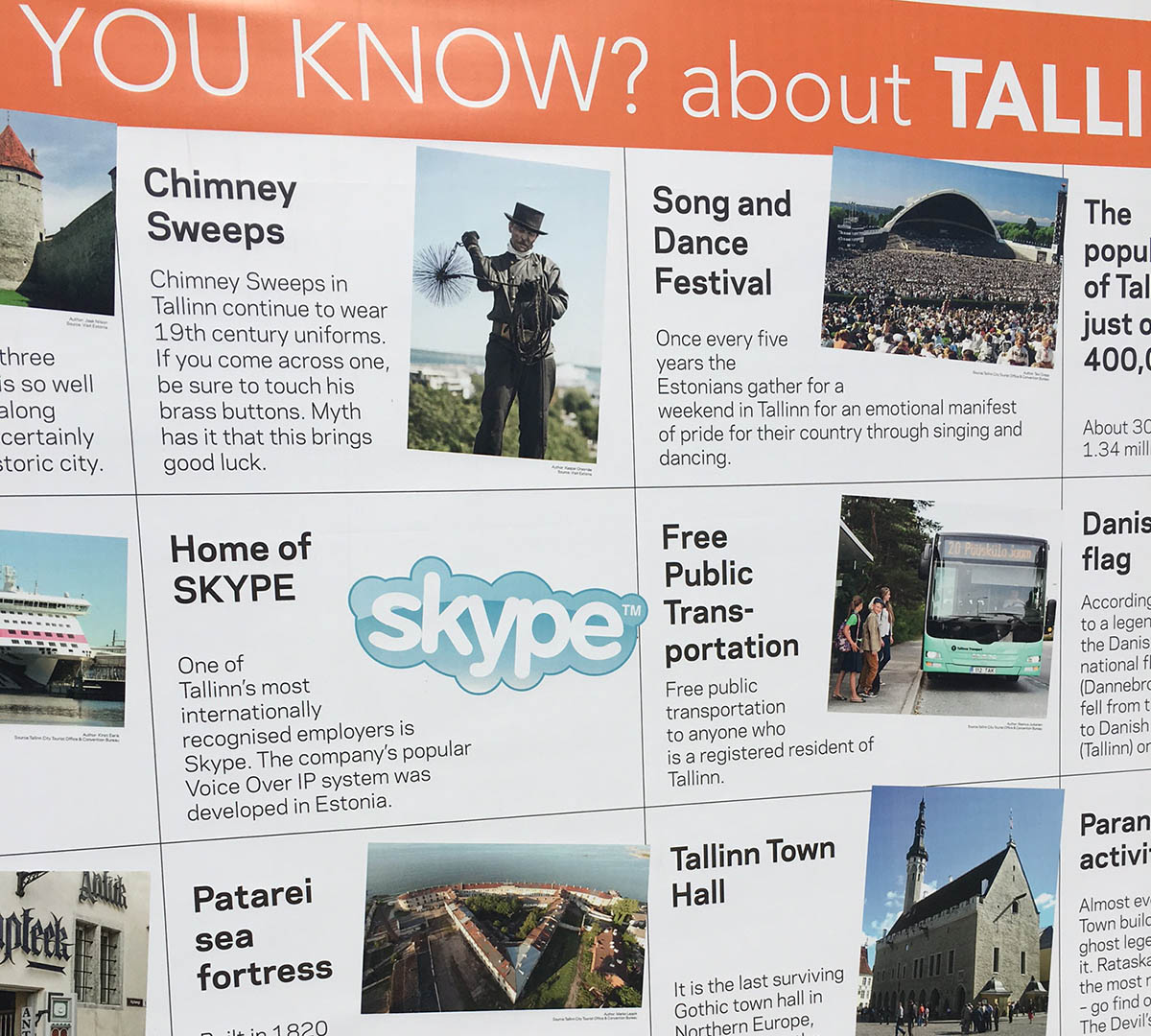 Why is it known as e-Estonia?

We didn’t know much about Estonia or e-Estonia before our visit. On the night before our visit, I decided to do some homework. Holy shit, these people invented Skype. Like WTF? And I read, and I read. They say that if a child cannot code by the age of 5, well …. trade them in. It is just unheard of; so, advanced are they, in everything to do with technology, that they have earned this moniker of e-Estonia. 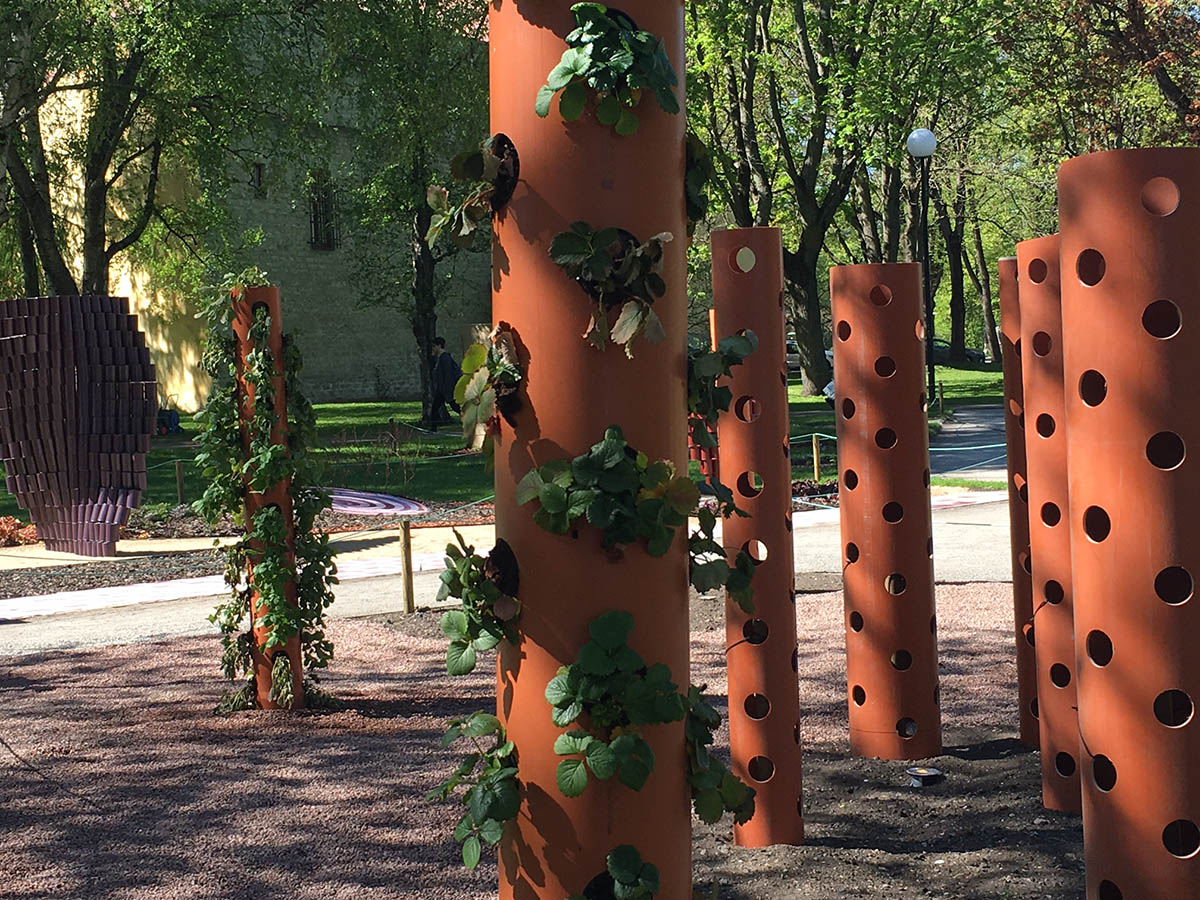 The Republic of Estonia declared independence in 1918, but Estonia’s Singing Revolution, a non-violent struggle, ended the Soviet occupation and Estonia regained its independence on 20 August 1991. Do Estonia and Russian’s like one another? We asked someone who said, “the Russians love Estonia.” Full stop. On further research, I read that there are predictions that World War 3 could start there.

After Estonia had left the USSR, it’s infrastructure needed to be rebuilt after the Soviet bureaucracy was gone. They decided to embrace the new technology that was just emerging, and that was to get on the bandwagon of the recently released World Wide Web, developed by British computer scientist Tim Berners-Lee.

Estonia realized that they needed to reinvent themselves, to get ahead of this new technological game, and they needed to attract entrepreneurs. The Estonians saw the potential to establish an e-state and a digital society, and they did, despite their isolation from the physical world. They jumped in, and it is paying big dividends for e-Estonia.

“Its ‘e-Estonia’ tag is entirely justified: Internet access has been declared a human right, and you’ll find 4G mobile internet just about anywhere you go, even on the most isolated of the more than 2,000 islands that lie off its coast. Its tech-savvy population is accustomed to carrying out a host of tasks online: not just filing tax returns but voting, getting prescriptions and much more, making it a model of e-governance. And its thriving start-up scene is making a mark on the world stage. “Few factors get us as excited as Estonian founders!” tweeted Silicon Valley VC titan Marc Andreessen in 2015.” Source 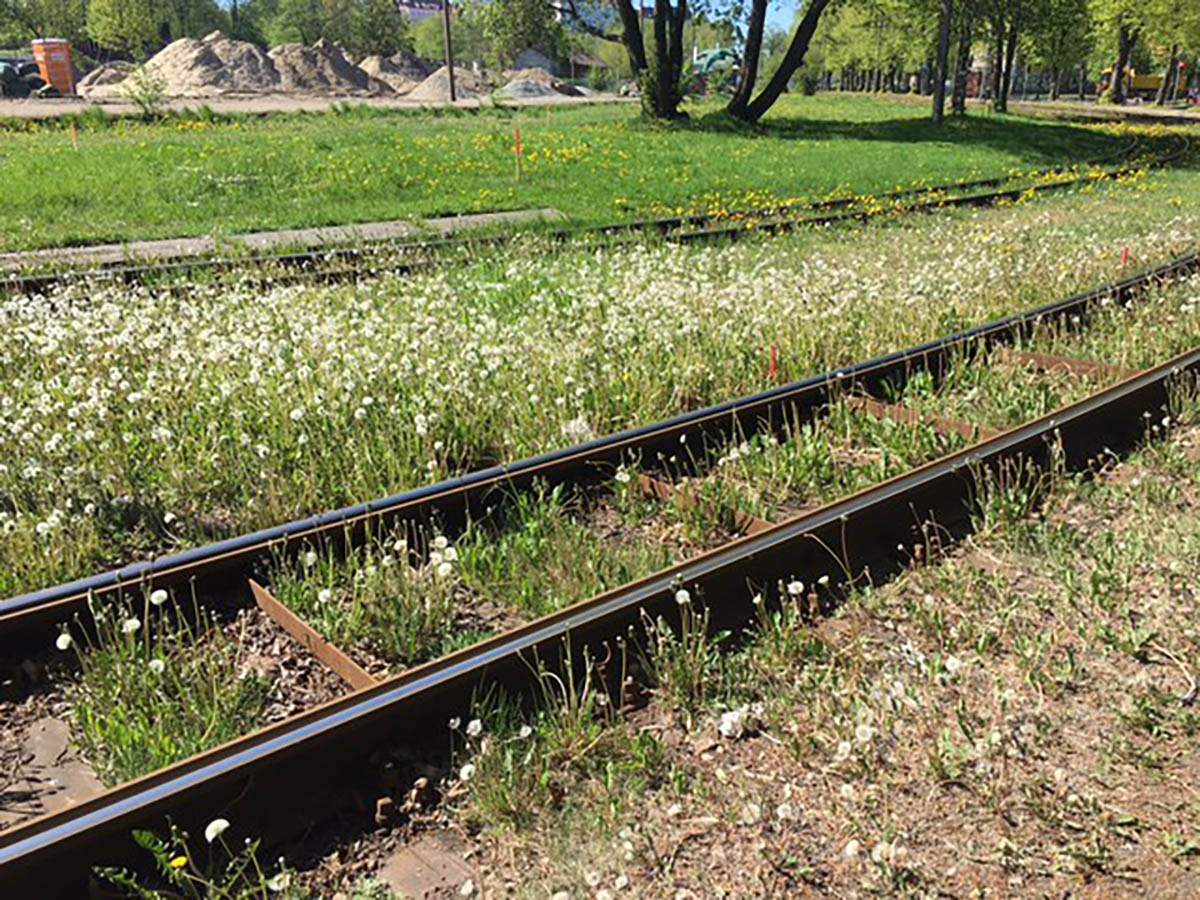 I also learned that we could become an e-resident without ever stepping foot in the country, but as we were visiting, all we needed to do was to visit a police station to get our e-residency and the associated benefits that have made e-Estonia a very popular place. Let me digress for a bit.

E-Residency is a new digital nation for global citizens, powered by the Republic of Estonia. Estonia is the first country to offer e-Residency, a government-issued digital ID available to anyone in the world. E-Residency offers the freedom to easily start and run a global business in a trusted EU environment. The Estonian state offers 600 e-services to its citizens and 2,400 to businesses. Utilizing a locally developed Electronic ID card, which effectively acts as an online passport 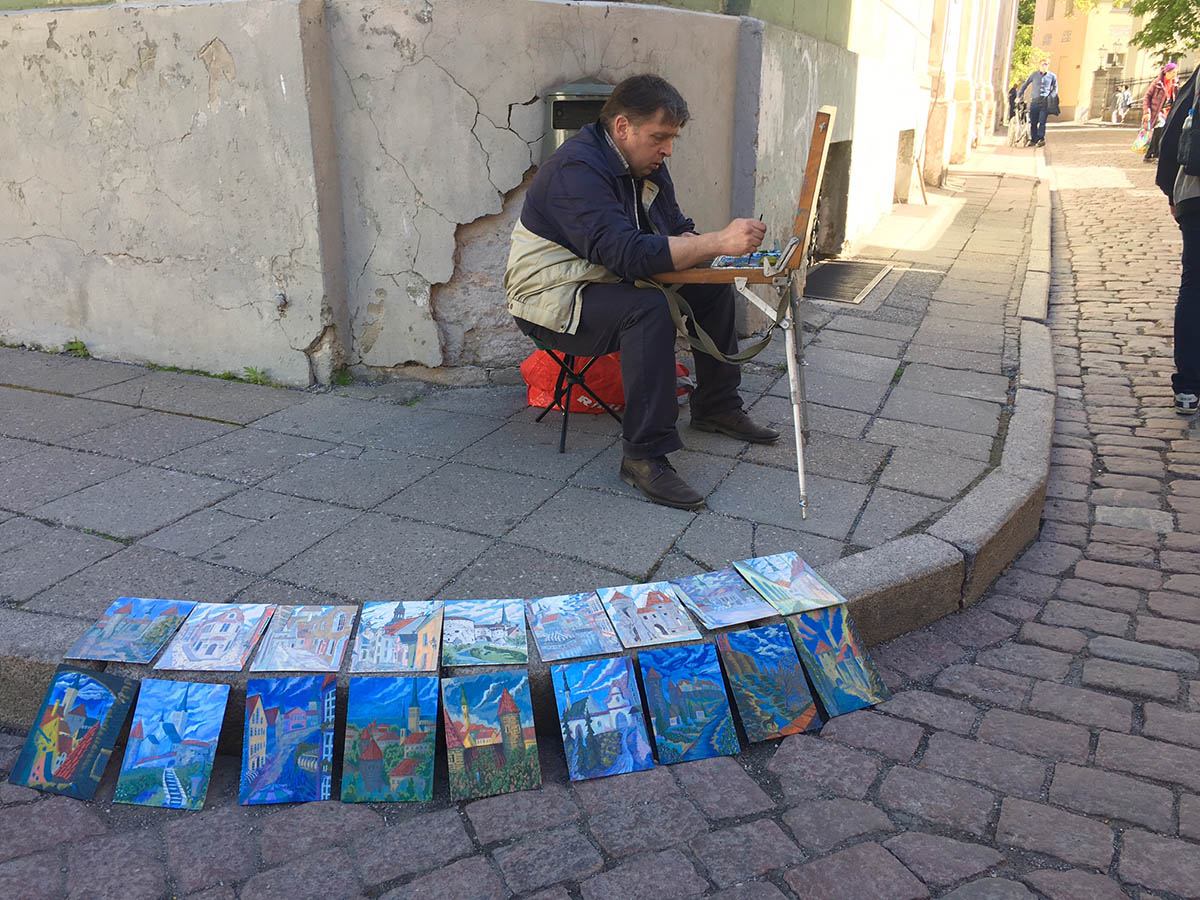 To read some more about the development of e-Estonia, I have included some articles.
How did Estonia become a leader in technology?

Should I become an e-resident of Estonia?

A Brexit bolthole? For €100 you can become an e-resident of an EU country you’ve never visited 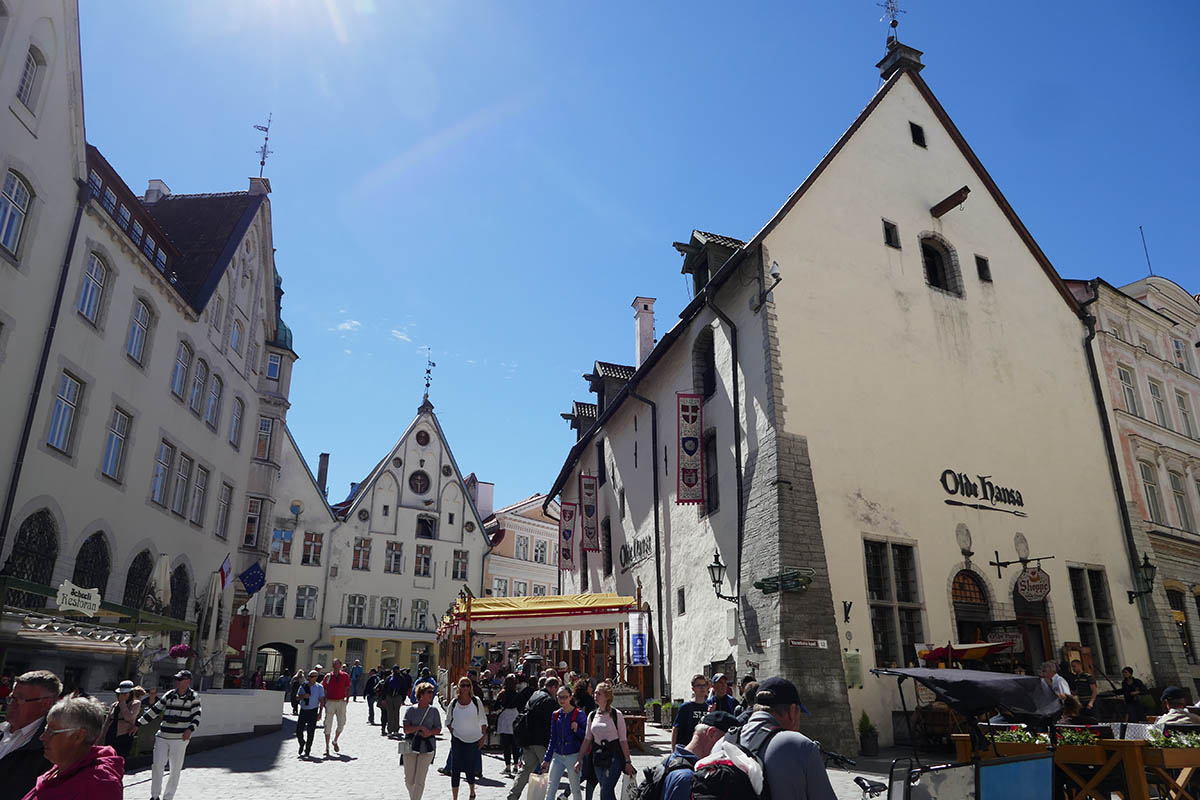 A humorous look at Estonia

– 100 ways to know that you are from Estonia

BY ESTONIAN WORLD IN LIFE
Every nation has its characteristics. Some time ago, a few Tallinn-based expats compiled a tongue-in-cheek list that distinguishes Estonians.

You know you are from Estonian when…

90. You can at times drink hot tea to hot food.
91. You use a mobile phone to pay for your car parking.
92. On 23 June, you feel the irresistible urge to drink beer, eat barbeque meat, light a bonfire and stay up all night (it is “Jaanipäev” or St John’s Eve).
93. When you hear “Kristina”, you think of Shmigun, not Aguilera.
94. Every year you believe, deep in your heart, that Estonia will once again win the Eurovision Song Contest.
95. Potato to you is the same as rice to a Japanese.
96. You consider summer to consist of three weeks of bad skiing weather.
97. You can’t imagine your life without “Kalev” chocolate and “Viru Valge” vodka.
98. You’re proud that Ernst Hemingway wrote that you can find at least one Estonian in every harbour in the world.
99. Ten months of the year it is too dark to be up and two months it is too light to go to bed. 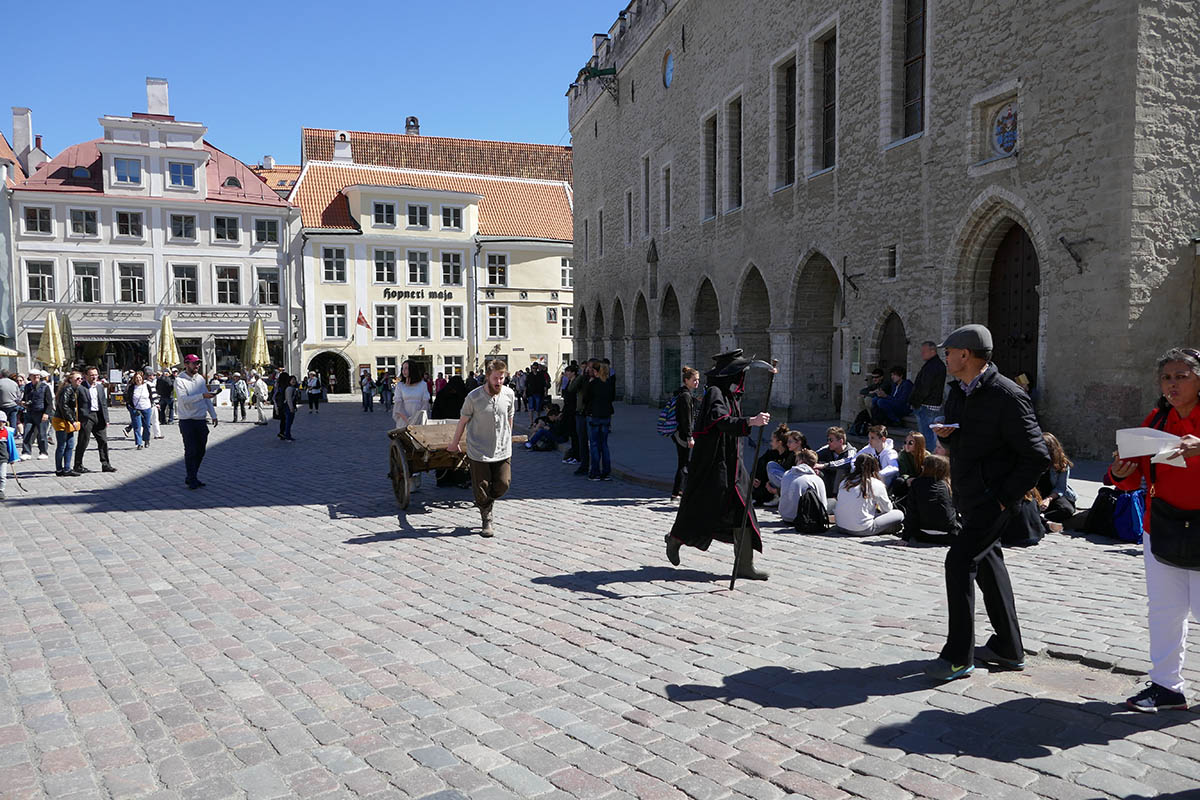 Why Tallinn Estonia or e-Estonia is so popular

A large part of the Old Town sits on a hill known as Toompea, closely linked to Estonia’s history and legends. Today it is the center of the country’s government and the location of its Parliament called Riigikogu. 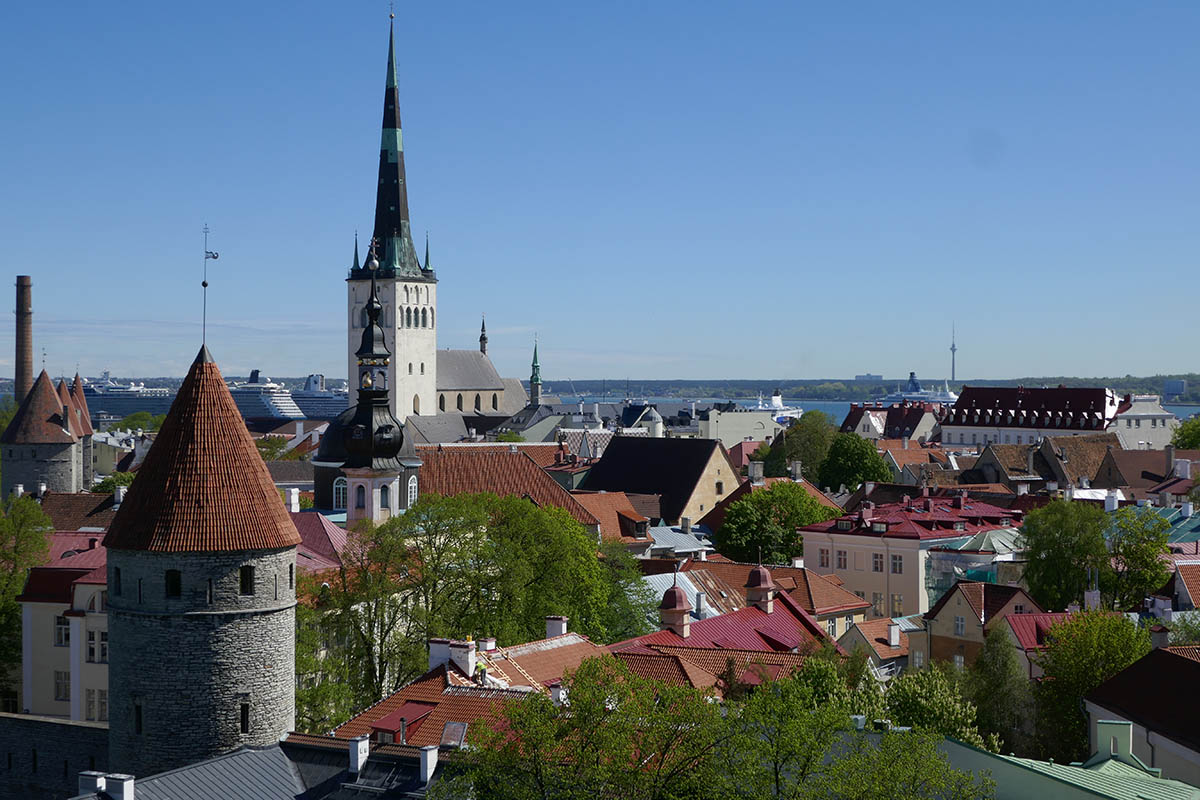 Raekoja Plats has been the center of the Old Town since medieval times. It is the location of the Tallinn Town Hall, the oldest town hall in the Baltics and Scandinavia, dating from 1322. Though it was rebuilt in its current form at the turn of the 15th century. There are lots of cafes, bars, and tourists in this area. 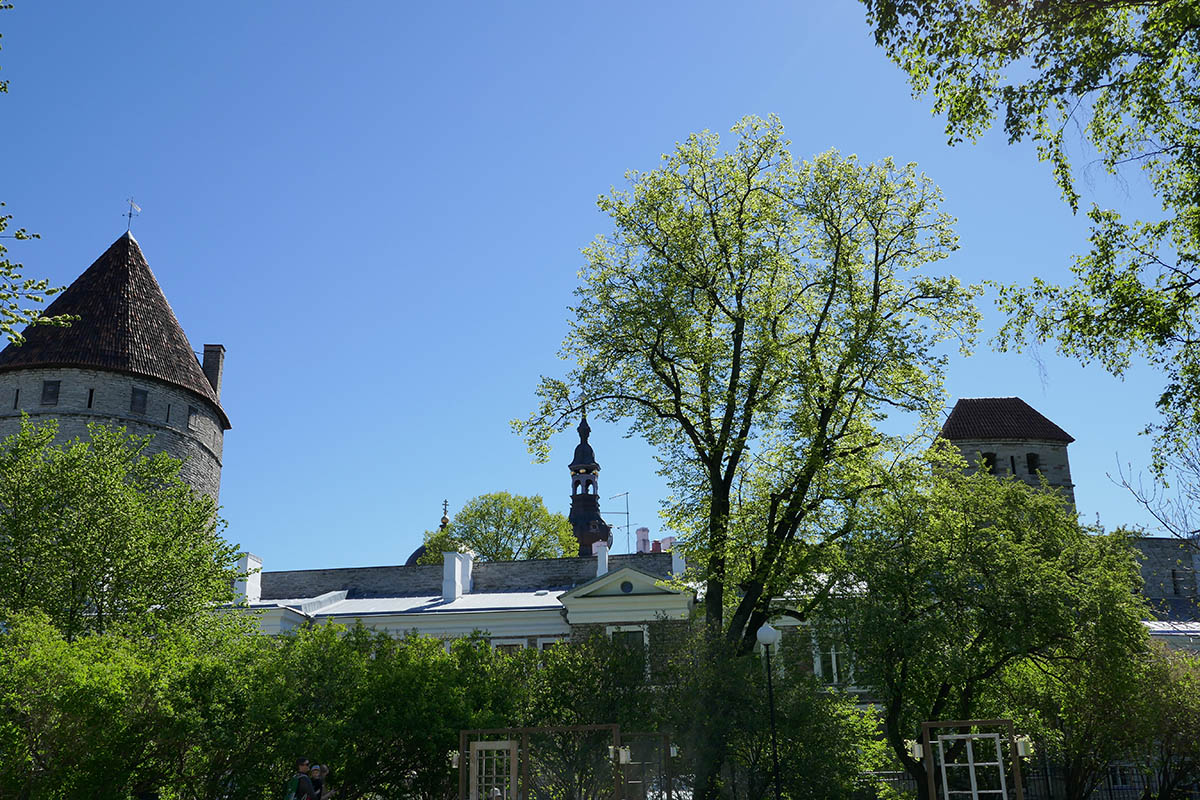 The Alexander Nevsky Cathedral has the onion domes that is so much associated with this area. 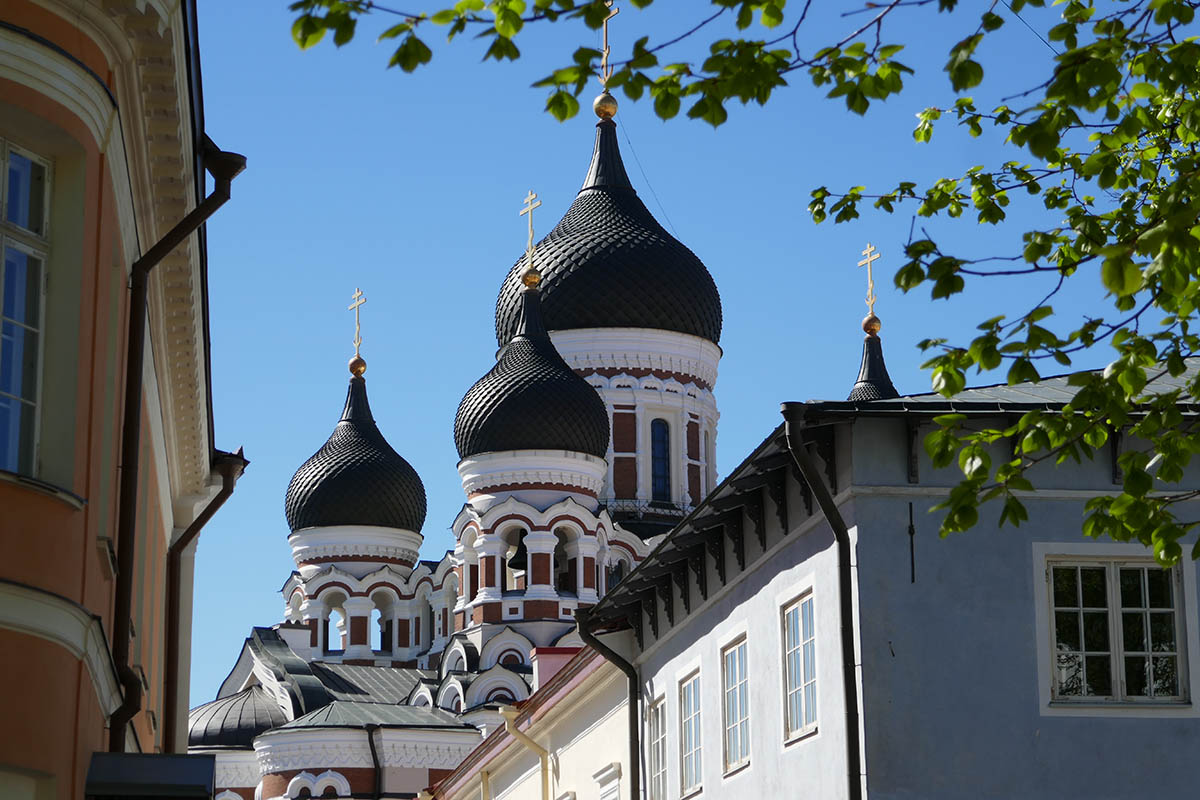 Cathedral of Saint Mary the Virgin – the Dome Church

Located on Toompea Hill, the Cathedral of Saint Mary the Virgin is Estonia’s oldest church, also known as the Dome Church. The interior is like no other church we have seen with its medieval shields on the walls where normally you would see religious iconography. 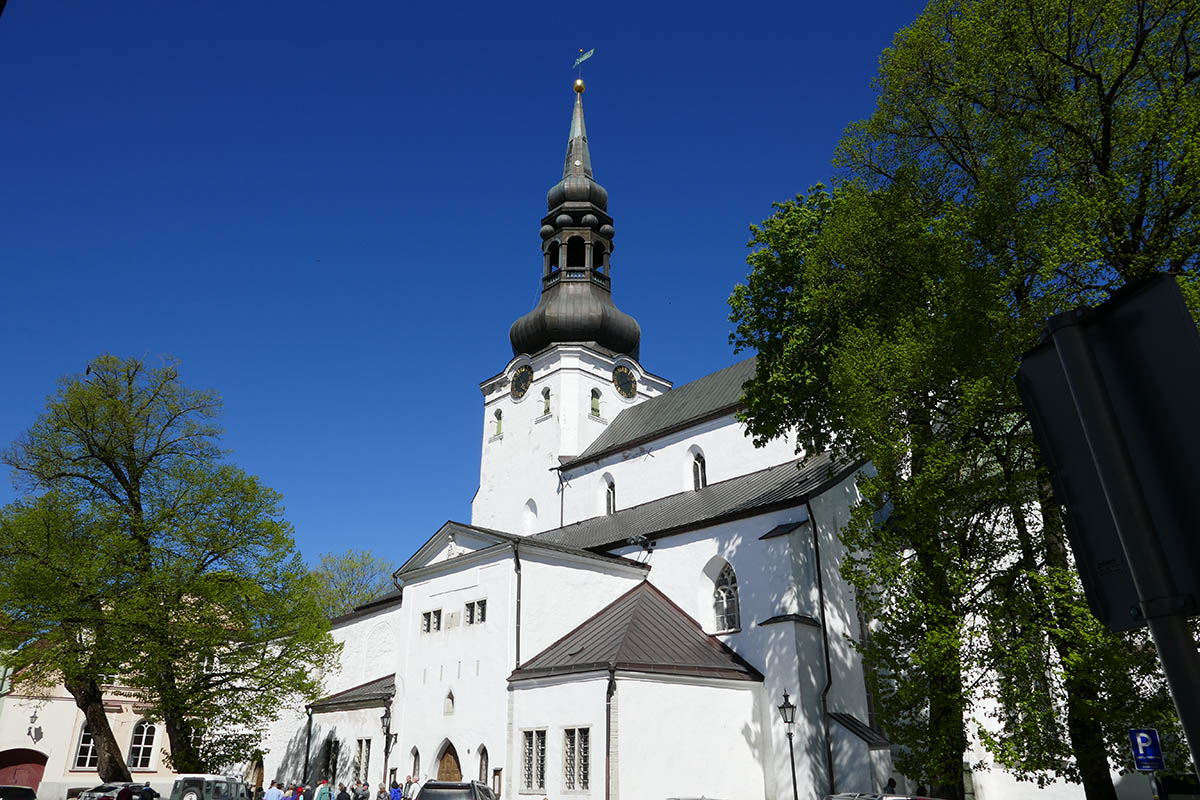 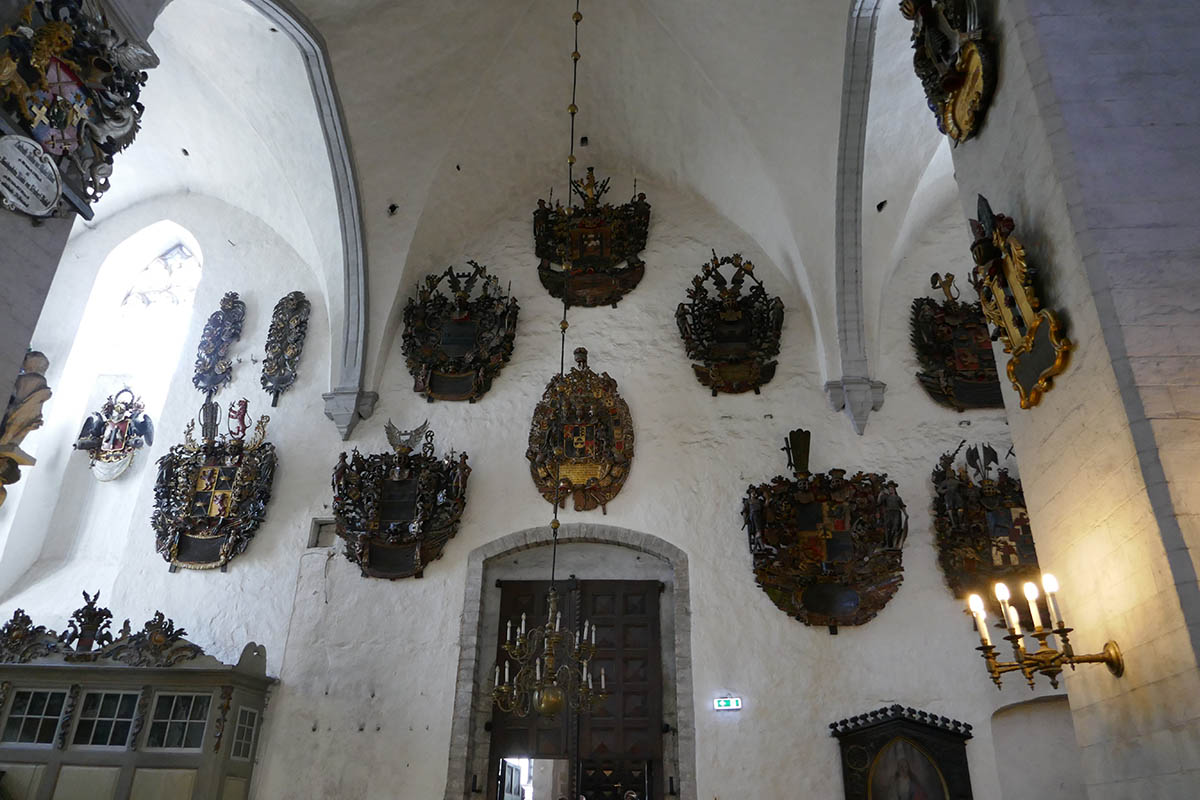 This museum has hidden tunnels and visually shows the history of Tallin, including its medieval and tumultuous past…and they have a locally sourced cafe. 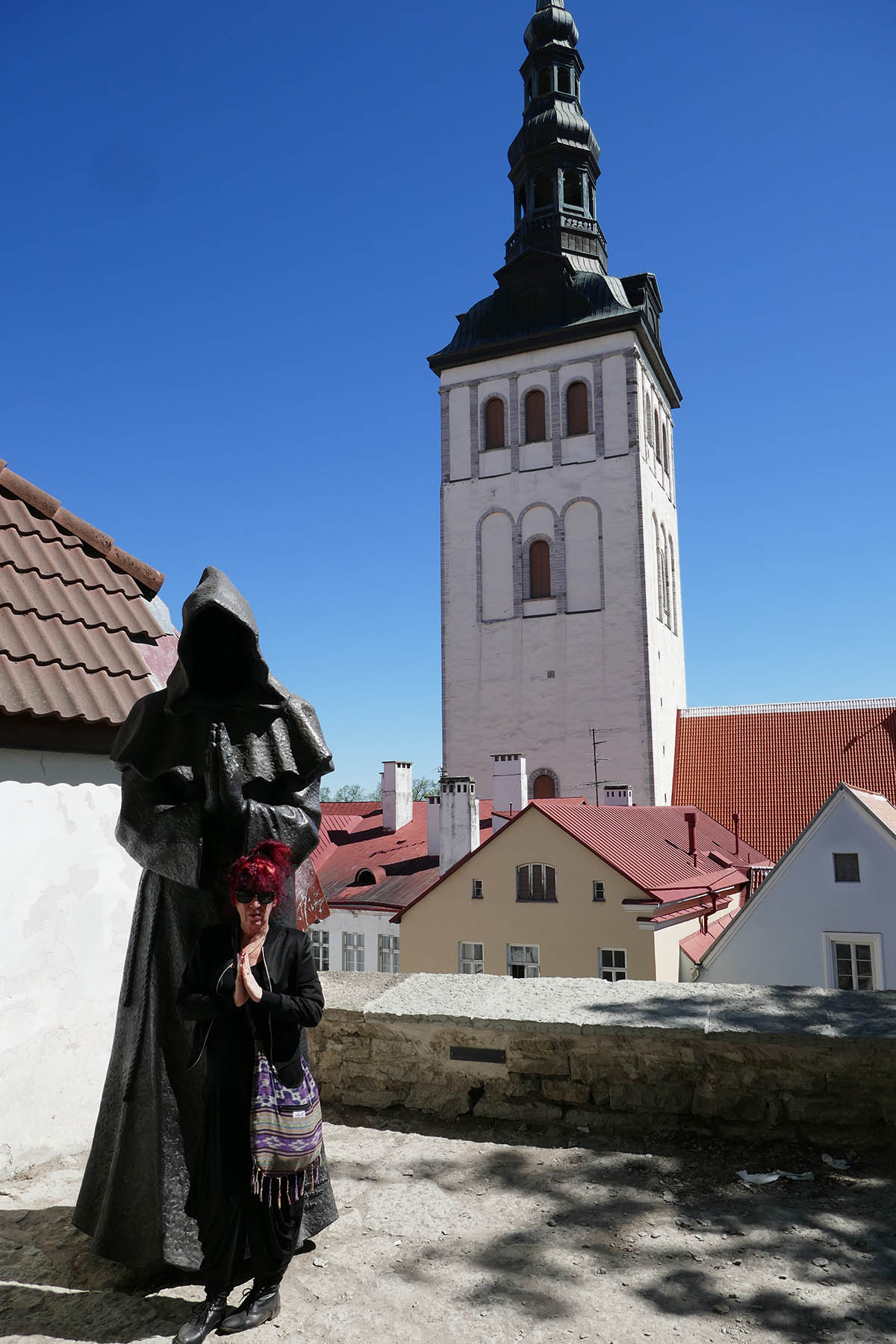 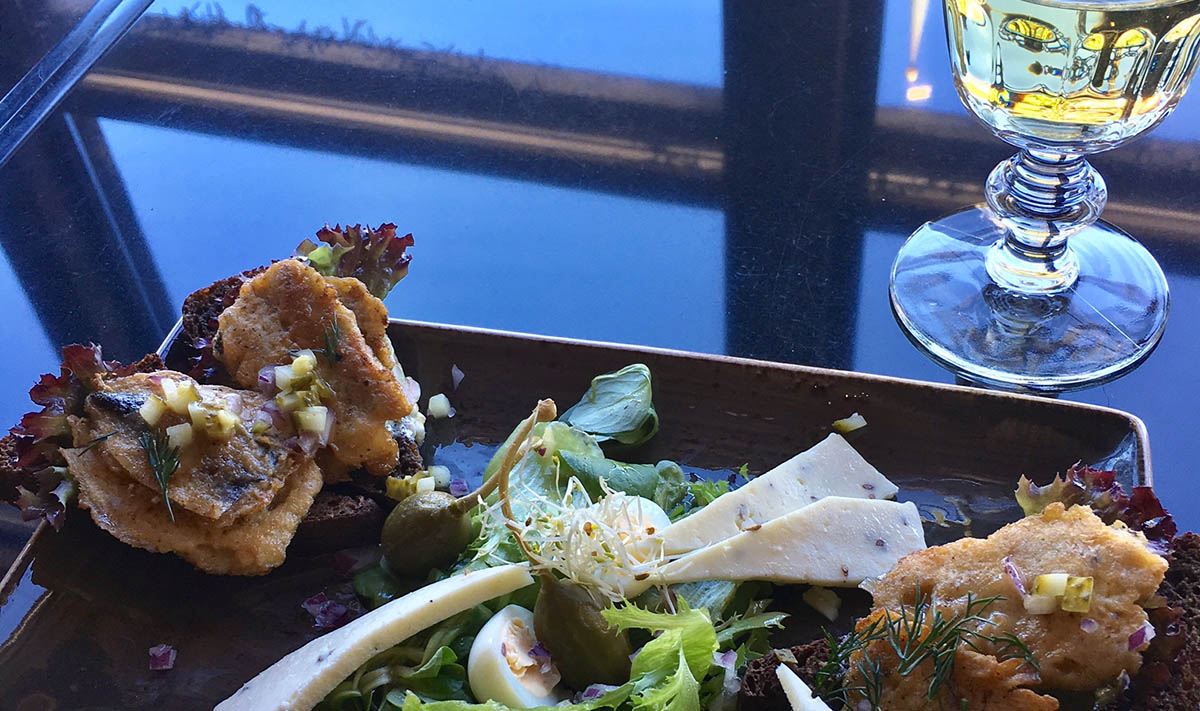 The Kunstimuuseum is the Art Museum and is the largest art museum in the Baltics. The main collection features Estonian works from the 18th century onward. The seven-story circular building is very modern yet fits very well into the medieval surroundings.

Where to Stay in Tallinn in Estonia

HOTEL PALACE BY TALLINNHOTELS
Hotel Palace by TallinnHotels is an amazing hotel with a prime location. The staff is extremely friendly, buffet breakfast is fantastic, and the location is within walking distance to everything. It’s a great hotel both for business and pleasure, definitely one of the best and well-recommended luxury accommodation in Tallinn, Estonia. 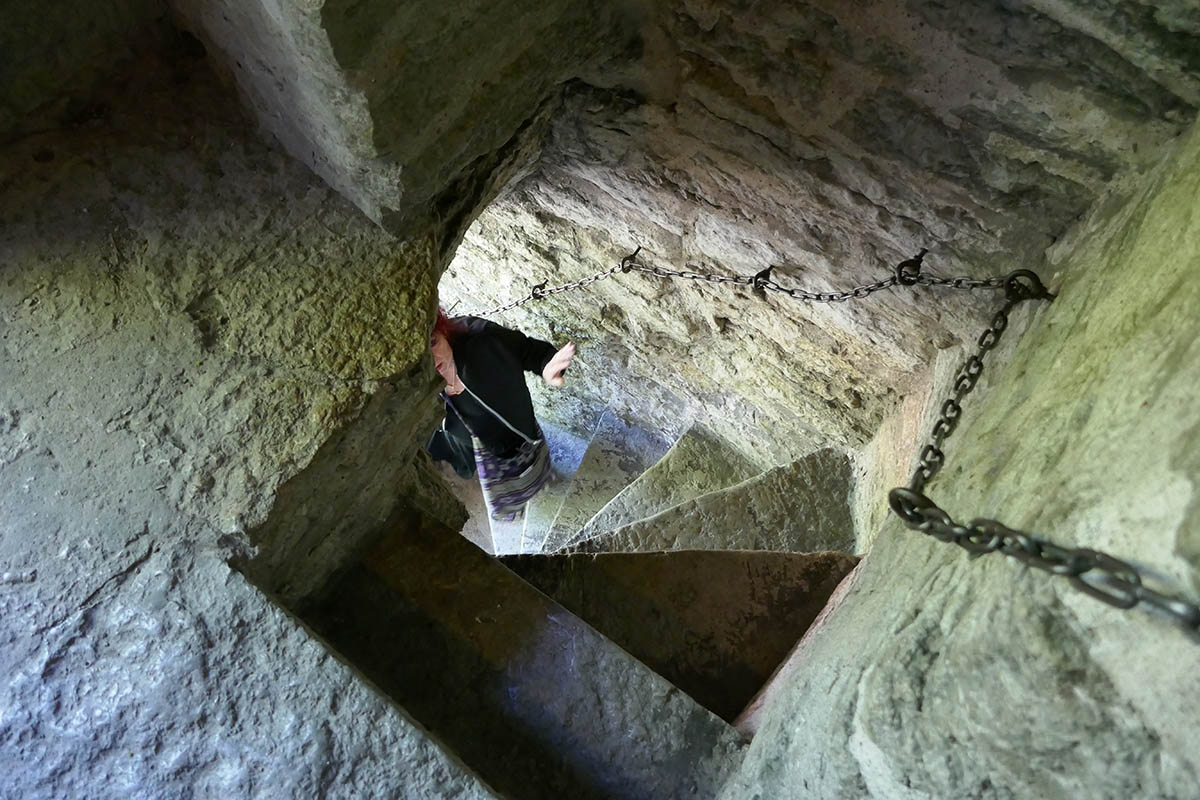 SOLO SOKOS HOTEL ESTORIA
Solo Sokos Hotel Estoria offers guests with modernised rooms, with a magnificent view over the Old town. Great breakfast, professional team and has a shopping centre in the same building too. Truly, this is one of the best and well recommended luxury accommodation in Tallinn, Estonia.