“Who’s the boss?” at Indefinite Adventure 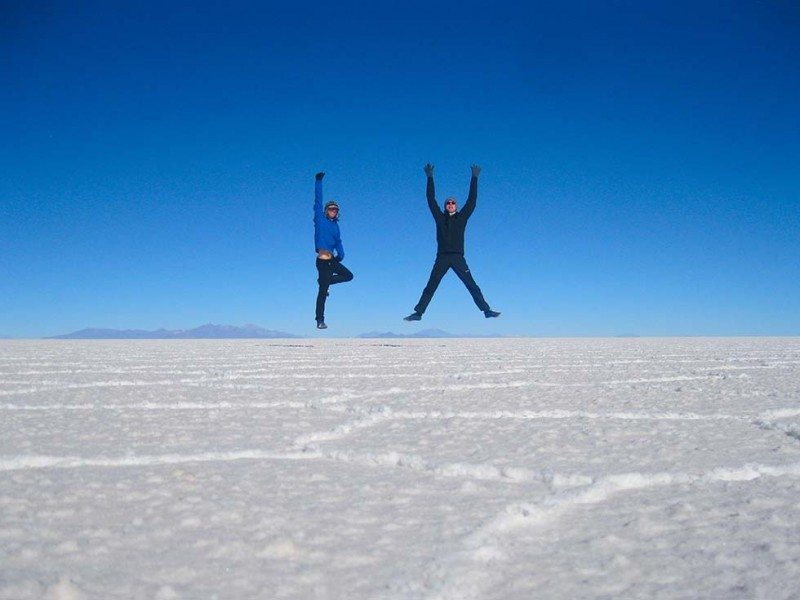 “Who’s the boss?” – travel couples tell you how they organise their travels.

Continuing our series of posts by travel couples, we determine who does what when it comes to travel organisation. Today we find out

“Who’s the boss” at Indefinite Adventure?

Sam and Zab are a British couple with insatiable wanderlust. In January 2013, after being together for seven and a half years, they flew to Buenos Aires on one-way tickets…and this blog chronicles what happens next.

Sam, a wannabe minimalist, grew up in east London, but didn’t really get to know the city until he attended the University of London as he spent seven years commuting against the rush to go to school in Essex. He was lucky enough to have the opportunity to study three foreign languages at that school as well as travel in the holidays with his family around Europe, North America, Japan and Australia.

He can be a bit entitled, occasionally self-absorbed, and often comes off as a know-it-all, while he’s pretty good at remembering words and names and knowing how to transcribe them in IPA even if they’re in a language he’s never heard before. He aims for minimalism, and is caught in limbo between not caring about how he looks and dresses and being occasionally vain. Some things he likes are lists, collecting postcards, science-fiction, hyperbole, trains, astrophysics, podcasts and maps. Some things he doesn’t like are beer, religion, crowded and noisy places, being told he’s wrong and having his towel changed in a hotel every day.

Zab was born on the west coast of Scotland to parents of a confusing mixture of Caribbean, Indian and European origin, and then moved to the south of England at the age of four, leaving him with a lingering sense of Scottishness, though not the accent. As a teenager, he carried his passport in his pocket at all times with the grand idea of being able to hop on a plane somewhere at the last minute to visit some of his international family, should the opportunity suddenly present itself.

He is a serial procrastinator with a tendency to get so absorbed in reading the latest Apple gossip that he forgets to eat. He knows how to kick your ass at making Excel spreadsheets and getting people to do what he wants, perhaps by pretending to be a far superior human than he actually is. When he grows up, he wants to be a Lord and spend obscene amounts of money on shiny new shoes. He hates eating food that’s supposed to be hot when it’s cold but he loves the film, The English Patient, because when he puts it on, you’ll likely go away and leave him in peace.

So, “Who’s the boss?” at Indefinite Adventure ?

Sam and Zab both have quite strong ideas of where they would like to go, and “usually we’re lucky in that they coincide!”

Sam says at the time of this being submitted, “At the moment, my work teaching English determines when we’re able to travel, but that will change soon, hopefully.” However they have spent all of May in Berlin, subletting a temporary apartment in Schillerkiez, one of our favourite parts of the city. They worked a lot in cafés, cycled around, ate some great food, saw Zab’s sister perform at a Kreuzberg club, and did a food tour

They share who books flights and take it turn about and neither “do” airport lounges. Neither have they had to experience any major stopovers … yet.

Sam says with organizing getting to an airport that “I usually plan this out, especially if we’re in a place where Zab can’t read the local language and I can. Plus, I like trying to find the cheapest and/or most unusual way.”

Sam says “More of the research has been done by me in the past, though it’s becoming more even between us as we travel more.”

Sam and Zab both usually research options for accommodation and decide together. With choices of transport between places they again plan this as a team.

When asked about packed they replied that “We are both individually responsible for our own backpacks, though Zab will kindly pack something of Sam’s if there isn’t quite the space in his pack!”

“We both carry our own passports and so far haven’t travelled anywhere together where we’ve needed visas, like South America, where we spent 10 months last year

With foreign currency Sam says, “We both carry cash on us, though I take all the coins as I carry a wallet and Zab can’t stand having them rattle around in his pockets!”

With leaving things neat and in order “I can be tidy when necessary, though Zab is generally better at it as a general rule. Plus, we have the agreement that I cook, while Zab cleans, so this usually falls to Zab.”

Sam and Zab both take care of letting family and friends know what is going on and organizing bill payments.

Sam says “Zab is much more of a festival person than me…though I may be persuaded depending on the event!” and that “Zab is the tech geek in our relationship. I just use it.”

Sam says with organizing activities that it used to be him who organised different activities and: incited us to do” and “Zab was a little reluctant, but that’s changing and we’re both more up for trying stuff out!”

With emails and correspondence “Mostly me, though Zab helps out.”

So, “who is the boss” at Indefinite Adventure?

Catch up on our previous contributors

Catch up with our previous “Who’s the Boss?” couples. See what is happening with Samantha and Yeison of My Tan Feet, David and Veronica from GypsyNesters, Mike and Luci of 1000 Places to Fight before you die, and Rob and Lina from Erohisms and Josh and Liz of Peanuts or Pretzels

Oh and us ..Contented Traveller