A Young Man Gets Into an Elevator in San Francisco 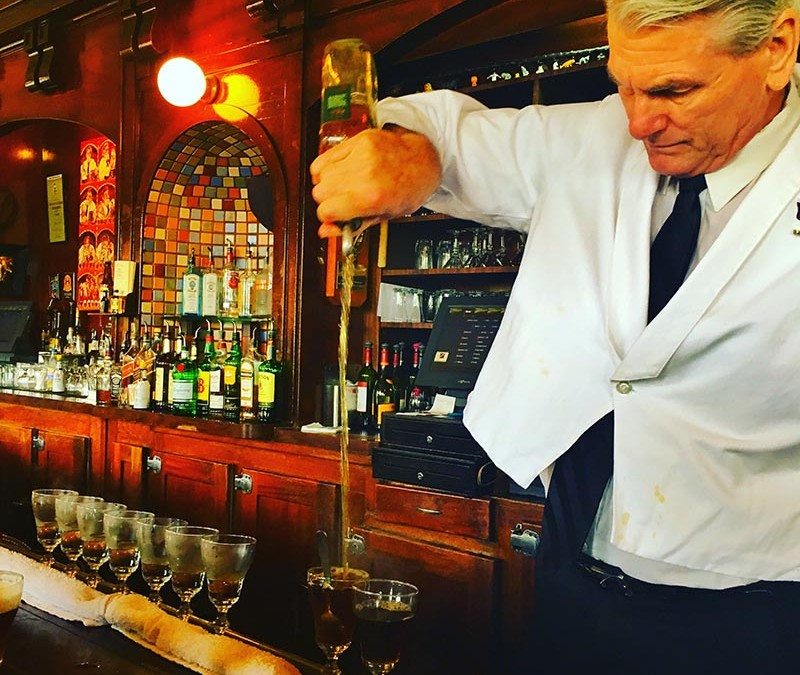 So, a young man gets into an elevator in a multi-million dollar building in San Francisco. He is eating Maccas (McDonalds), wearing a hoodie and flip-flops. A well-heeled older San Franciscan man ponders who this kid is, riding the elevator in such an exclusive building. He finally says to the young man politely, and that is important that you remember politely, “Who are you?” The young man said, politely “Have you heard of YouTube?” And that folks pretty much sums up San Francisco.

This is a city where the innovative giants of the technical world, live side by side with the residents of this city. It courses some unusual issues.

SF and nearby San Jose, Santa Clara and Silicon Valley are home to some of the most amazing tech companies. They even have their own buses fully kitted out to take them to and from work and are a site to behold. However, these tech buses are not necessarily the most popular addition to the scenery, as it takes away from many people using the cities extensive public transportation infrastructure.

People are Polite in San Francisco

We found this to be one of the most polite cities in the world. Not that the people of other cities are rude, far from it, but it is so obvious how polite the people of SF are. They stop when you cross the road, they open doors for you even if you are miles away, they say thank you and please all of the time, and they genuinely smile. It was obvious from the moment we arrived and stayed the entire time. The city has a very unusual makeup of people, yet they are all so very nice and polite.

Because SF is such a tech city, many people do not originate from there. You can probably pick an original person from SF because they will introduce themselves by name and then by the “High school” that they attended. Everyone else is a blow in from anywhere in the world. 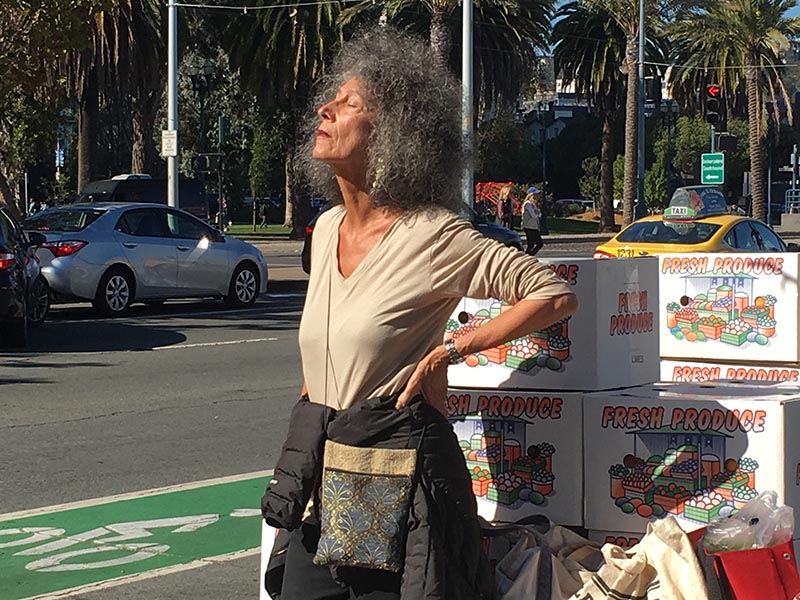 San Francisco a Tech City too

SF is like the Holy Grail for someone like me. It is like coming to mecca to see all of the industry gods in one place. Yahoo, Facebook, Google, Twitter, Amazon, start-ups, start ups, start-ups, start-ups. Maybe that is why people are so polite; they have no idea that the person they are speaking with could be the next Mark Zuckerberg; or even the young many who founded YouTube and sold it for a lot of money, and now lives in an expensive apartment block but likes wearing a hoodie, flip flops and eating Maccas. I fully suspect that even before all of the tech people moved in, that this is just one helluva nice place. That the people have had to band together through lots of adversity like the earthquake of 1906 and … I suspect that the mix of Irish and Italian heritage is also a great mix IMHO. 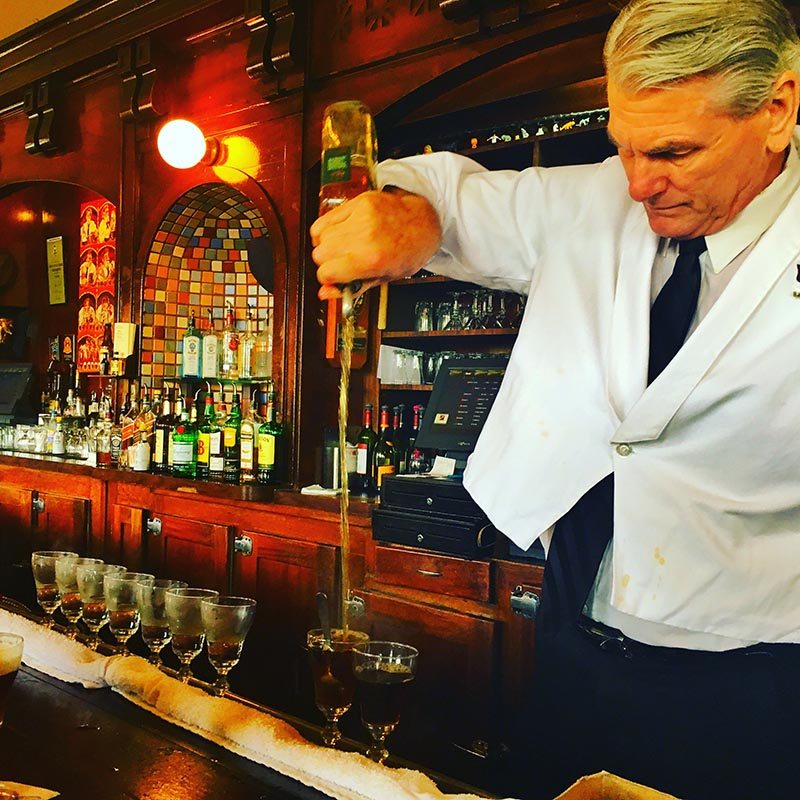 The two worlds of residents and tech people do not always sit comfortably next to one another. As would be expected, the nature of the city of SF did change when these juggernauts moved into town. If you want to start a conversation with anyone, just ask about the rent.

People talk in rent. That is it. This is the biggest conversation starter and one of the most talked about topics in the city. Here is how it goes. The tech companies have come to town. They pay their employees well. The employees can afford to pay a lot on rent. The landlords are not stupid and know that these people can pay a lot in rent, so the prices keep rising. In fact, there is so much construction in the city because some tech heads realize that owning property can be an asset to their portfolio. Mr. and Mrs., NOT a tech head, have to pay the prices being asked by the landlords but probably do not earn nearly as much and the Google employee.

Therefore, every person leasing in SF, and that is the majority, will be able to tell you EXACTLY how much rent they pay per square foot.

I won’t even get into the neighborhoods and who lives where and what does it say about them as a person, and what type of a bike they ride because that has been done before. 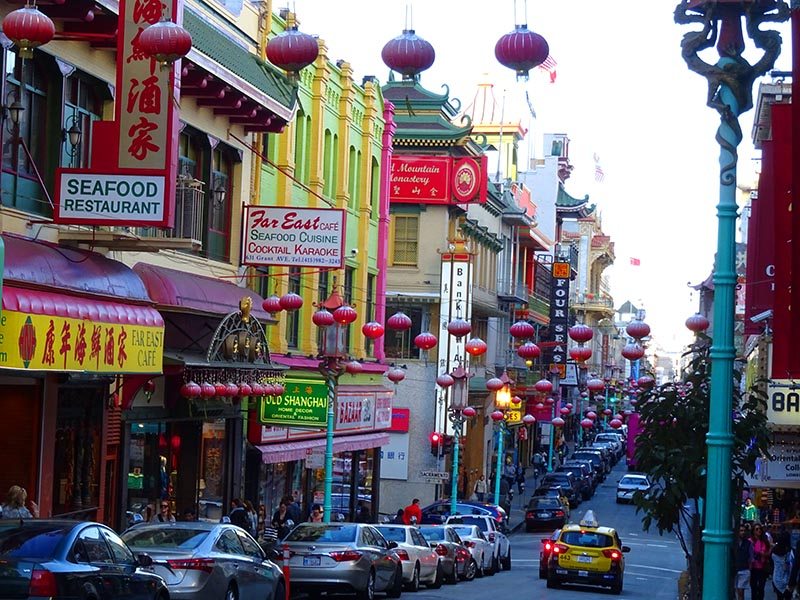 SF is an attractive city to look at. It is set on the expansive bay and water views are never far away. The city has steep hills, but I guess you already knew that. What I wasn’t expecting was that the buildings of the city, make it look a little like one of those 1000 piece jigsaw puzzles, where it would be hard to complete because from a distance it has an Escher-like quality to it.

The buildings up close and personal are even better than what I was expecting. Called the painted ladies, these are some of the most attractive buildings that I have seen. I developed my obsession with fire escapes here, and some of the photos will show why. 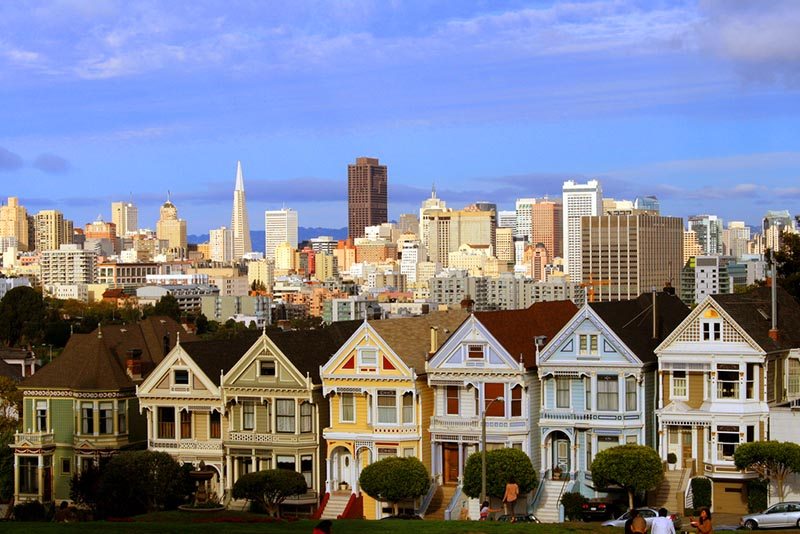 SF is one of the cleanest cities that I have seen. It is immaculately maintained. Early one morning, before the cleaning fairies came through, we did see some evidence that people were partying. A few minutes later and, presto clean again

This makes me wonder if the people if SF is not as worldly as we might think they are. They live in this most beautiful city and yes it is a beautiful city. They are lovely and polite and yes they sure are; they are creative and innovative, and you couldn’t pick a  Jack Dorsey, Evan Williams, Biz Stone and Noah Glass from a …. It is all a little Pleasantville ..perhaps.