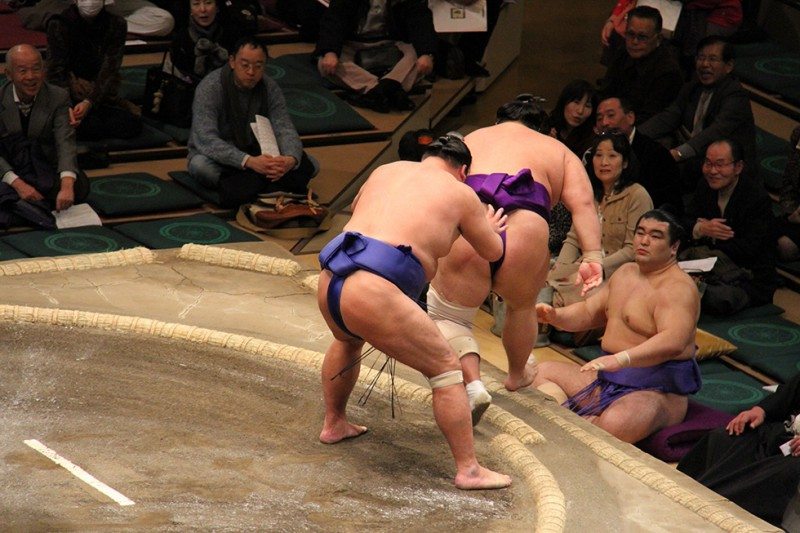 This is how I became addicted to Sumo wrestling. After a hard day of skiing through pristine powder in a stunning village in Japan and before you hit the very hot onsens,  you turn on the one channel on the TV and watch the Sumo wrestling tournament that is taking place in Tokyo.
This is what we did, and we found that this was what most of the other people in the lodge were also doing. We ended up all meeting in front of the open fire to share our addiction. Perhaps there was a plum wine or two involved.
The sumo wrestlers are the George Clooney of Japan. It is an honour to be a Sumo wrestler and brings great prestige to the family. 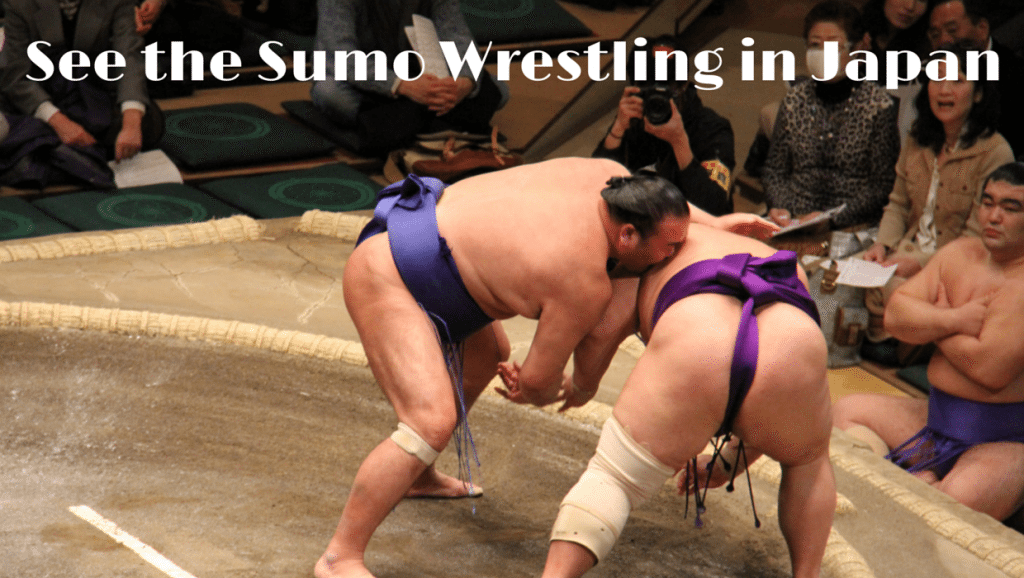 Life in a Sumo Stable

Sumo wrestlers must live in stables that are training camps, where they train and gain as much weight as possible. They eat up to 20,000 calories a day. A normal person will have a BMI of 18 or thereabouts, but the Sumo wrestlers are generally around 45.

So from a young age, if selected, they live in the stable, with the stable master, hairdressers, referees, etc. It is not an easy life. They train from 5.00 am, eat, drink, and sleep. At tournament time, they go through the prepping with their wardrobe and hair, which is all bound in ritual and traditional beliefs other than looking good. They initially dress in their ceremonial gear for the parade and then change into their fighting attire. It is all of these things that you find out that keeps you addicted to Sumo.

Their diet consists of a stew called “chankonabe”. Chankonabe is essentially a stew served in a giant pot and is a staple of the sumo wrestler diet. Some wrestlers have superstitions about what kind of meat to use. Fish and cows are considered bad luck because unlike chickens; they do not stand on two feet like a good sumo wrestler should. That’s why at many sumo tournaments, chicken is the only choice of meat when it comes to chankonabe. They eat twice a day tend then sleep straight after so that the food can go to fat. They also drink at least 6 pints of beer with each meal, so it is probably no wonder that they sleep.

At the Sumo Tournament

Mounting the dohya, the wrestling ring – the wrestler executes a variety of rituals originating from Shinto religious beliefs. Encountering the audience, he slaps his hands to summon the gods, then carries out the leg-stomping shiko workout, to repel the evil spirits from the dohya, as the referee calls out the wrestlers name to the audience. There are 4 referees on each side of the square stage, and one in the middle.

Then they start sort of. They go to their corners have some water and wipe their mouths. Come back to the ring and thrown salt in it – stare at each other and then back off, and do this a few times. Eventually … they start. When one or the other gets the other out of the ring or has a part of his opponent’s body touch the ground – he wins. 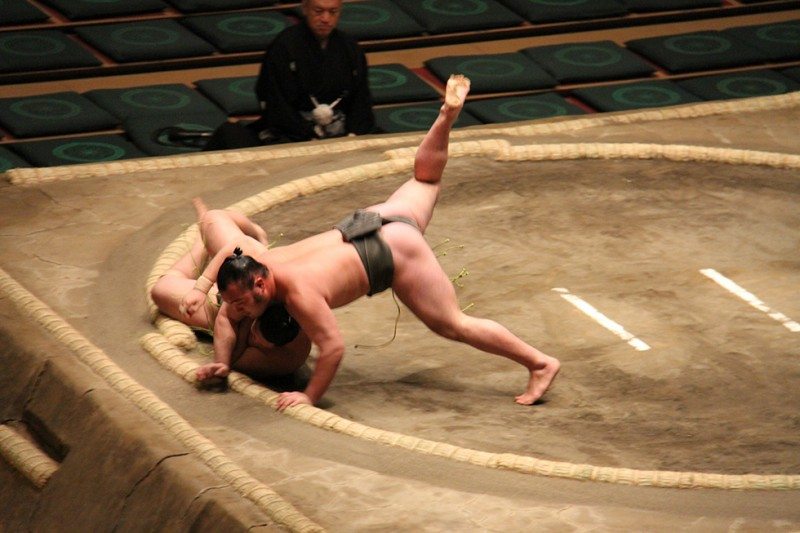 So the next year we went and actualIy saw the sumo in person in Tokyo.

Buying Tickets to the Sumo

We pre- purchased tickets before we left home for the really good seats in the arena and we got there to watch the minor parades and bouts.

How to order tickets if you live outside of Japan.
If you want to be assured of a good seat .. and you do, then you will need to pre-order for the January tournament in Tokyo, from January 11th-25th Tickets go on sale on December 6th.

There is nothing staged about the Sumo wrestling. This is flesh hitting flesh. The referees around the dohya, are in precarious position, and we saw many knocked over or out when a sumo was sent flying out of the ring. They were bought morphine pain pens  when they got badly hit and hurt by these massive sumo wrestlers.

The Japanese love them and it was colourful, noisy and very bound up in many rituals.

It is worth putting Sumo Wrestling your list to see such an epic performance.

Have you been to the Sumo Wrestling? To learn even more about what to expect at a Sumo Tournament, read here.