The big 3 mountains – the Eiger, Mönch and Jungfrau 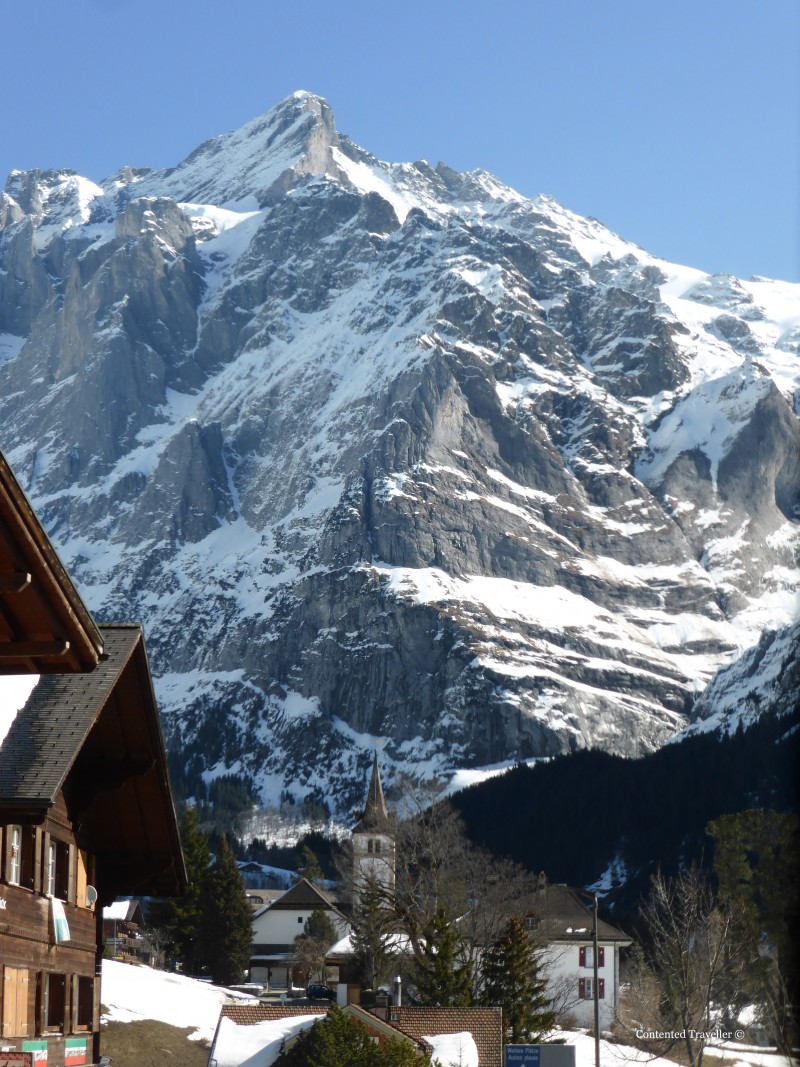 The big three mountains of Eiger, Mönch, and Jungfrau form part of the Swiss Alps and are nothing short of spectacular. They are imposing, they are majestic, and they are to a degree eerie. I know that Gordon is intrigued with their geographic and geological composition pointing out fault lines, folds, uplifts all of which are creating the dramatic scenery that we are waking up to, and enjoying the day by and marveling at night during our stay in the stunning town of Grindelwald in Switzerland. 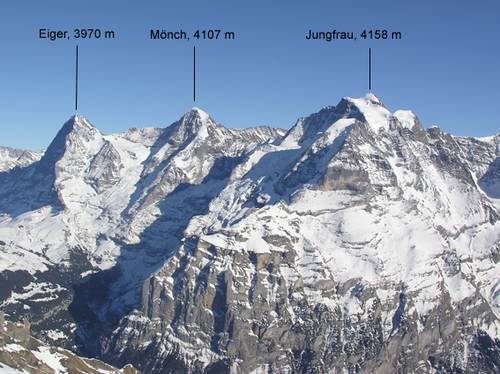 Taking the Gondola to First

Today when we took the gondola to ‘First’, which sits at 2,200 metres above the town in the Jungfrau region. Here he discussed the thermal currents that allowed the hugely popular paragliding to occur amongst these giant mountains and that we watched while sitting on the sun deck of a restaurant up so high.First is the starting point for hikes and it offers action: An adrenaline rush and speed thrills are guaranteed on the First Flyer, mountain carts, trottibike scooters or bikes. Children can have fun on the 700-m² playground at the Bort intermediate station. 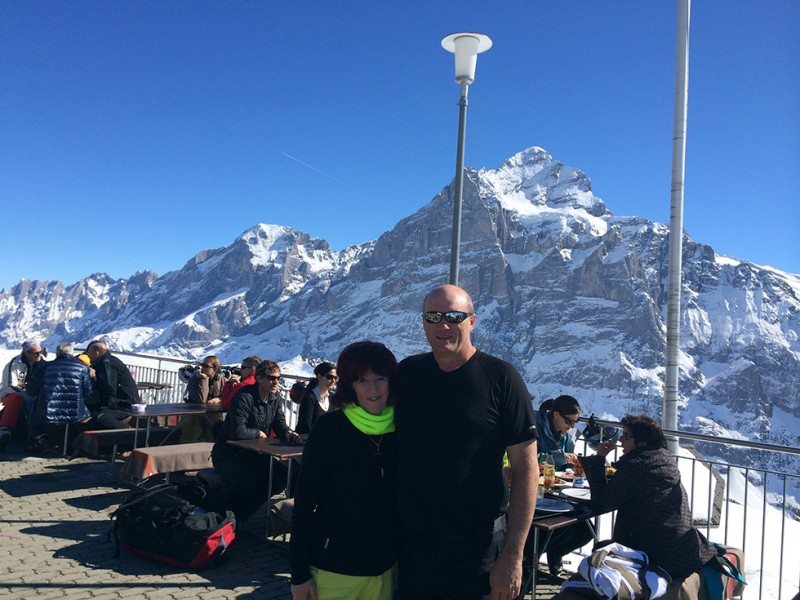 We saw glaciers and frozen lakes and snow cascading down the ridged slopes. I have listened to him talk about uplift and compression. All I know is that they are stupendous. The colours of these beasts change during the 24 hour period and whether the moon is out or not influences their appearance. 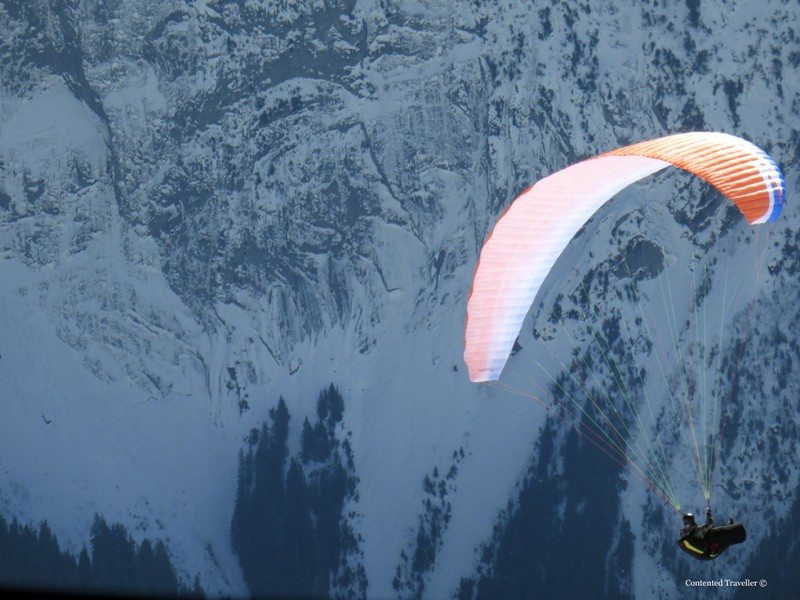 How Jungfrau got its name

Of further interest is how they were named.  Jungfrau was probably named after the Augustiner nuns who grazed their cattle on the alpine meadows and right up into the highest peaks of the mountain. Jungfrau means ‘virgin’ in German and thus legend has it that the mountain was named after the nuns. 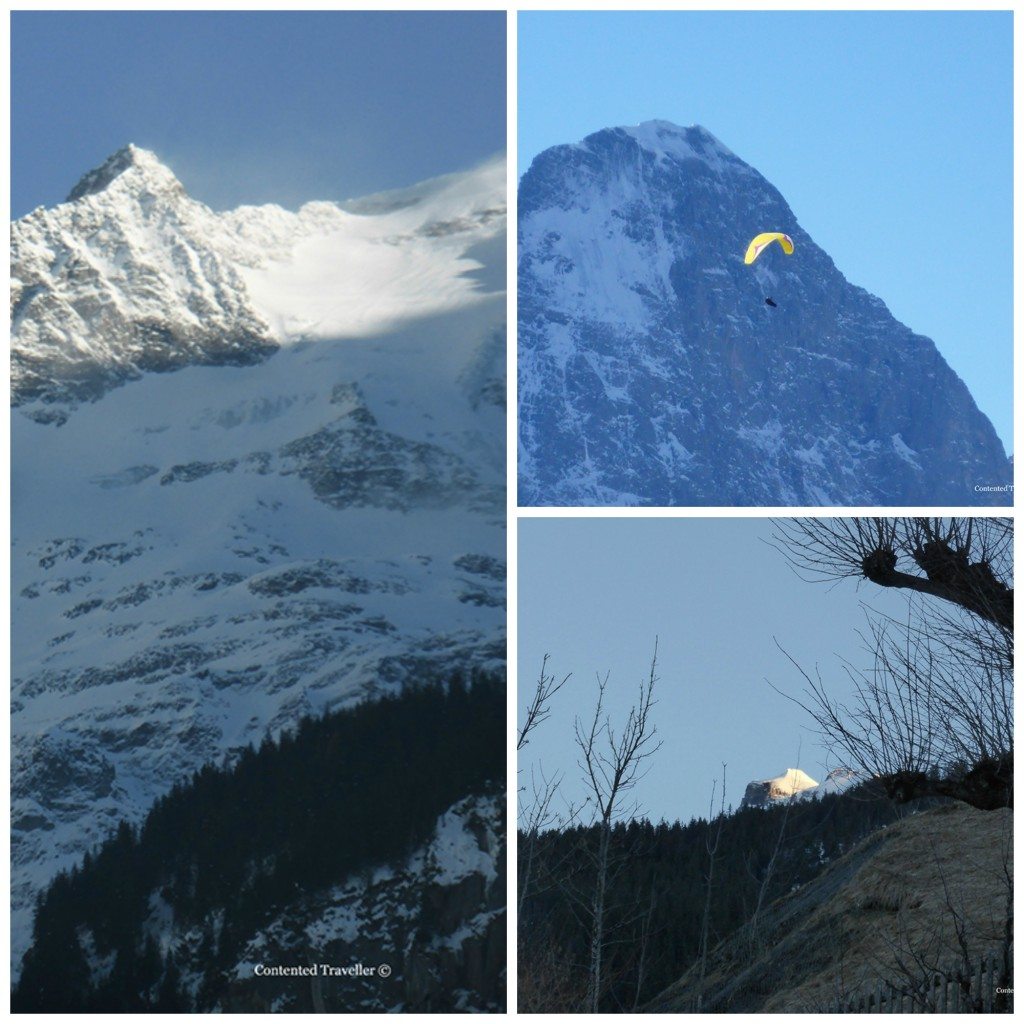 About the Eiger, Mönch and Jungfrau mountains

Strangely though, as it is so well known, the Eiger is the smallest of the 3 mountains but it has the most dramatic face. It is sheer rock and is very visible from Grindelwald where we see all three of them clearly. The name Eiger is German for high peak. This mountain is a mecca for rock climbers who must have considerable bravado to even attempt this. “If that rock face can be climbed, then we are going to do it – or die doing it” were the immortal words of Edi Rainer and Willy Angerer in 1936 about the north face of the Eiger. Unfortunately they did not conquer the face and died in their attempt. Many more died attempting this feat until it was finally conquered in 1938.

Monch is the 2nd largest of the 3 standing at 4,107metres. It was unnamed for a long time being know as Little Eiger but now has it own name, which comes from the alpine pastures below the mountain on which horses called Münche used to graze. It is also considered to be the protector of the virgin – the Jungfrau. 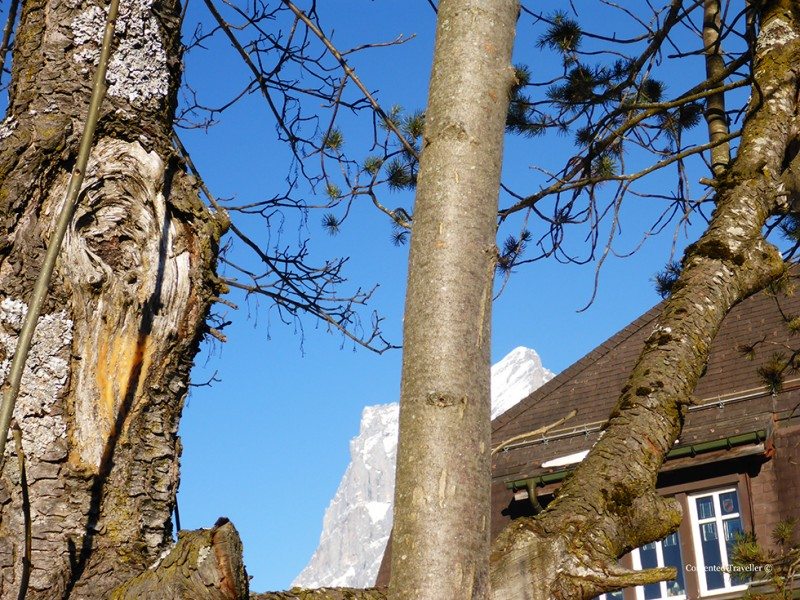 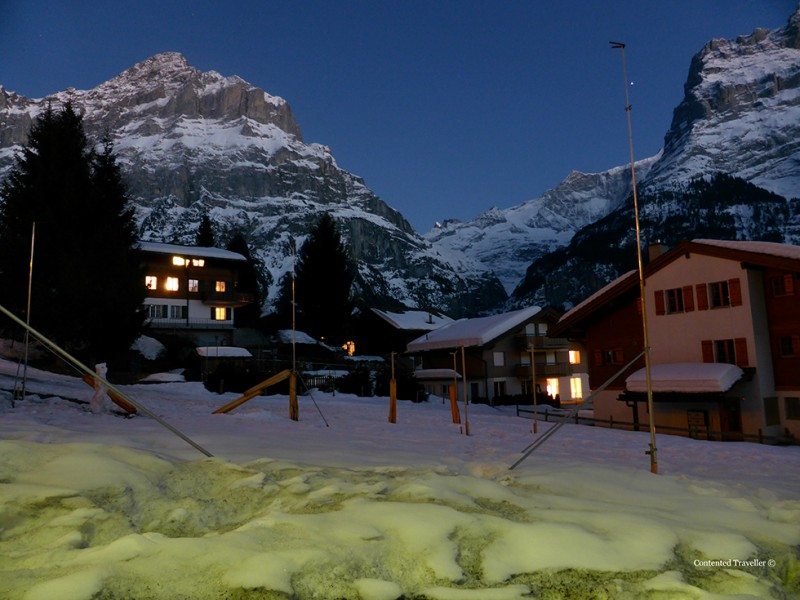 With thanks to Jungfrau Region Marketing AG for sponsoring our visit to this amazing Jungfrau region and the introduction to these magnificent mountains . Of course our opinions are our own.