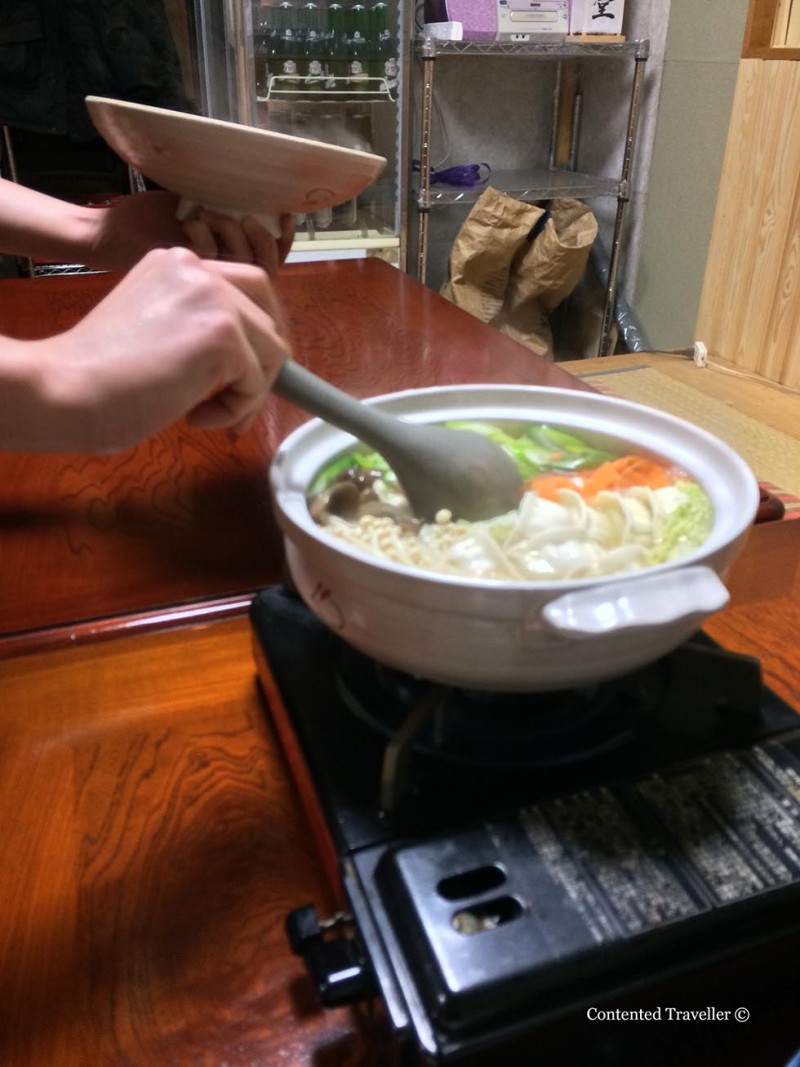 Food is integral to our travels. It is a big part of us being able to understand other cultures and to experience what is the norm for locals. I like to cook and I also appreciate the way that others cook, the ingredients they use and the preparation involved in this. Many dishes have some interesting history as well. This is the first in a Tasty Tuesday series #TastyTuesday where we share different dishes from around the world.

We have started with Japan.

It is believed that gyoza, the recognized Japanese dumpling, originated in China in about the 8th century. It was found in the north, which is where flour is more often used whereas in the south it is definitely rice.

History indicates those in higher classes ate gyoza in Japan, with evidence pointing to samurais from the Edo period enjoying this.

However it was not until the 1940’s that it became a staple and much loved part of the Japanese diet. As Japan ruled over Manchuria until the end of Second World War, many Japanese people came back and started Chinese restaurants and served gyoza.

The Japanese word for hotpot is nabe and this is where our experience in eating gyoza developed into an addiction. 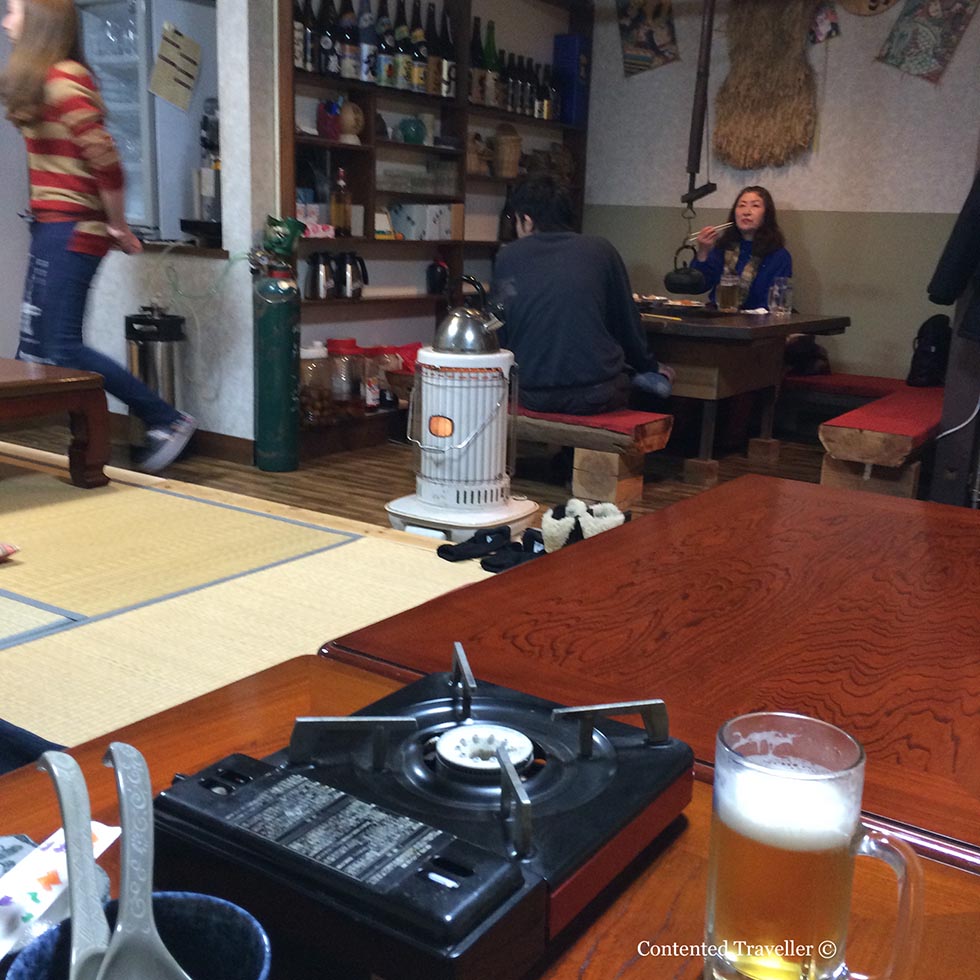 We were introduced to a hole in the wall food outlet in Nozawa Onsen, which had only opened because of the need for more places to serve the hungry skiers and visitors. One man, whilst talking in an onsen, saw an opportunity and a need and opened his lounge room through the busy snow season. In fact Nozawa is rife with cafes and restaurants that spring up at will, so it is impossible to get to them all even when you are there for a month. Your most powerful ally in this village is word of mouth as these food outlets spring up with a typical Japanese lack of fanfare. 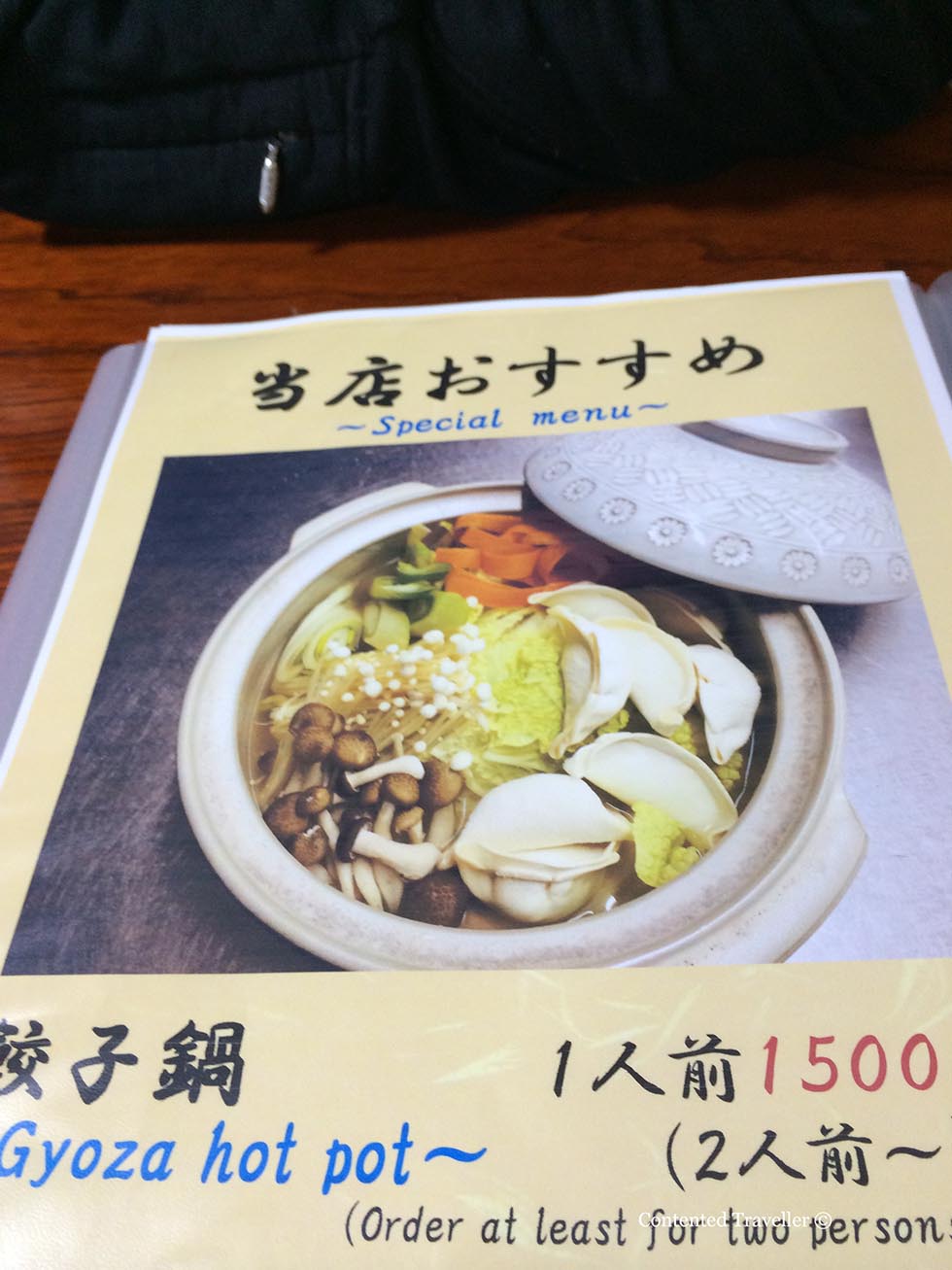 It was here that we had the gyoza hotpot. I have had gyoza before but not nearly to this level. This was the dish that changed my aversion to pork. I will admit that I am a total hypocrite as I do eat bacon, salami and ham and apparently they are all from the same animal, according to Homer Simpson.

Homer: Are you saying you’re never going to eat any animal again? What about bacon?

Lisa: Dad, those all come from the same animal.

Gyoza can be eaten fried or boiled though in most parts of Japan, the fried gyoza is preferred. However, in our village of Nozawa Onsen we were served the steamed gyoza in a nabe, and this was more than just delightful. The lady cooked it at our table, hit Gordon’s hand when he tried to peer into the mixture of vegetables, stock and the precious and home made gyoza as he was disturbing the delicate balance of cooking. 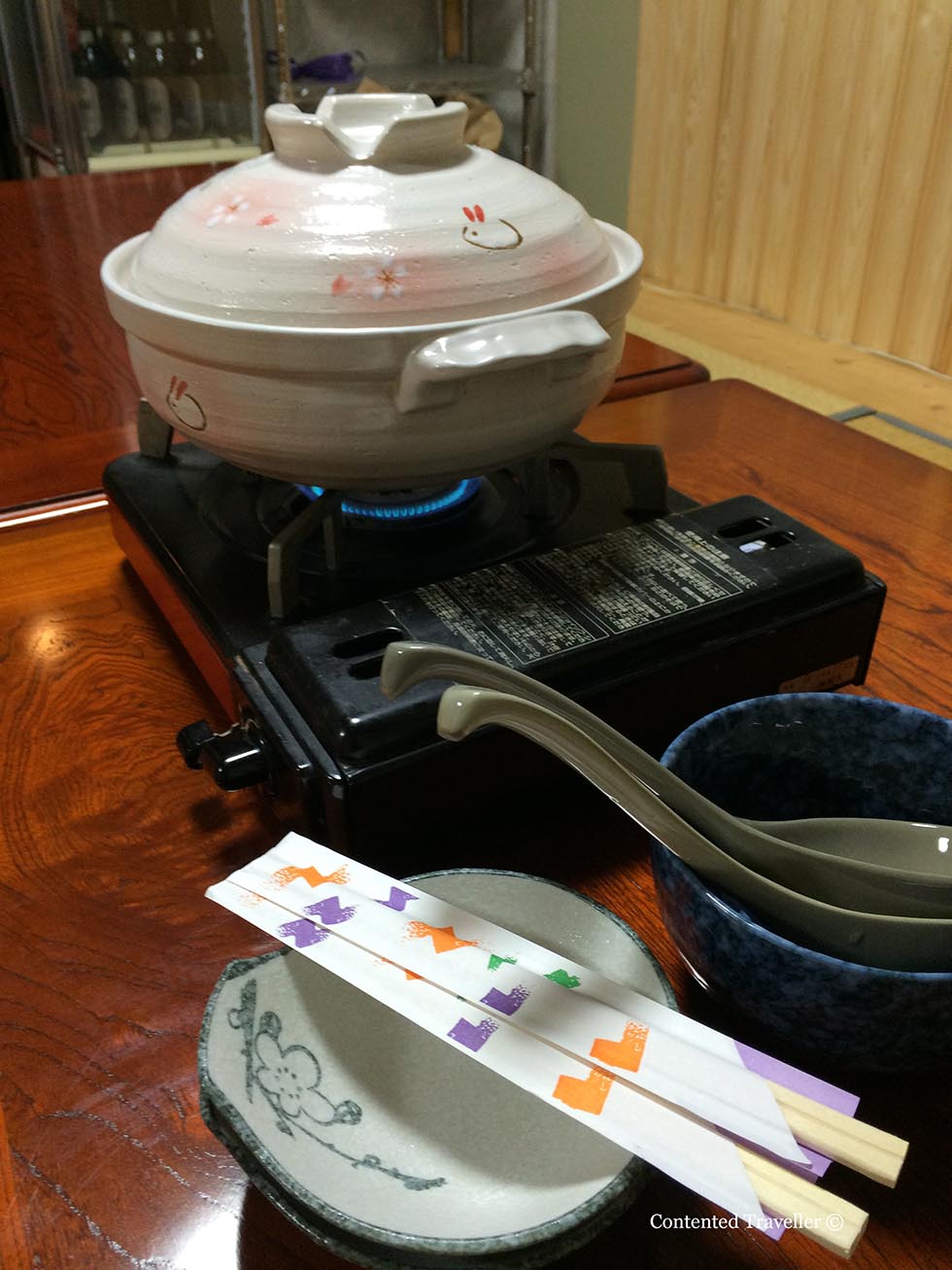 Any thoughts that I had that we might not get through the entire pot were quickly dispelled. We ended up being repeat offenders and got to know the family well. This is what enhances travel in our opinion. Meeting local people and over a gyoza hot pot is not a bad way to do this. 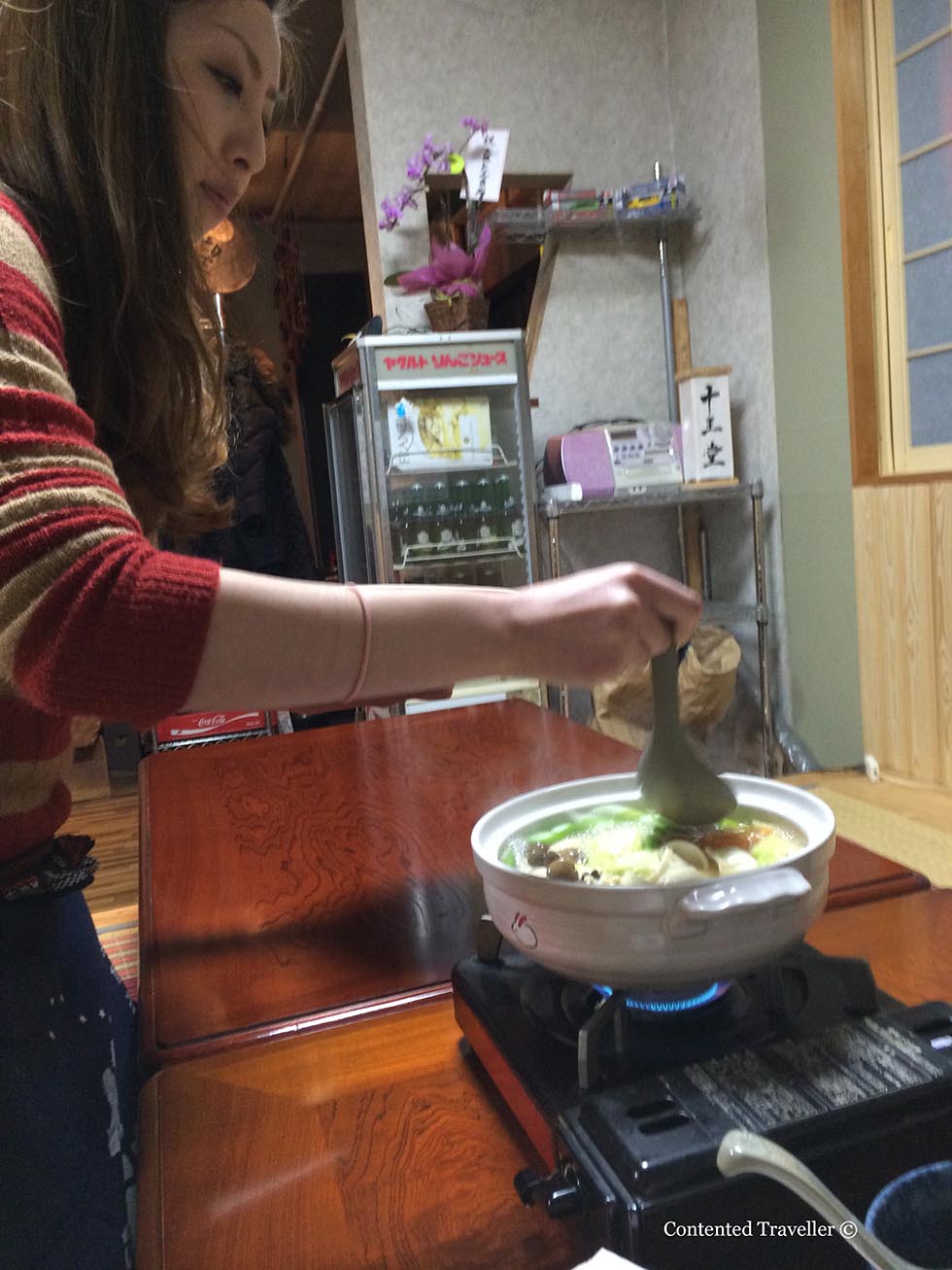