Is Naples worth visiting? That would be a yes. 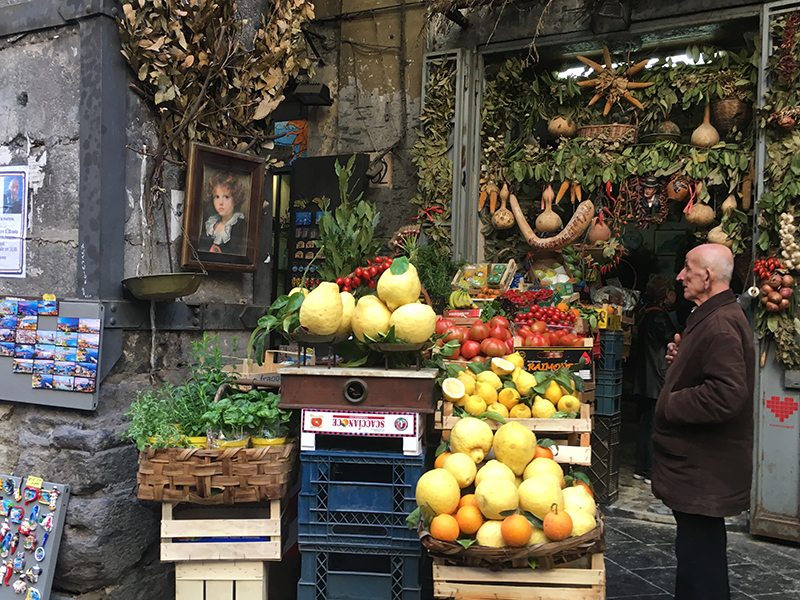 Is Naples worth visiting? That would be a yes. Naples is generally the southern Italian city that people transit through on their way to the archaeological ruins of Pompeii and Herculaneum, and to the Amalfi Coast, and the picture postcard city of Sorrento.

I have to admit that we did just that a few years ago. We had come from exploring Rome, had a short break at Naples railway station, which was frankly a shit hole before we went to Pompeii and a cooking school in Sorrento, Italy. In defense – many train stations around the world are dodgy, though some are works of art, like the station in St Petersburg, and Valencia in Spain, so we were in no position to pass judgment on the train station of Naples… but we did.

When we did return to Naples though, we went with an open mind because we had judged it so quickly before. And we liked what we saw. We went in search of the best pizza in Naples. 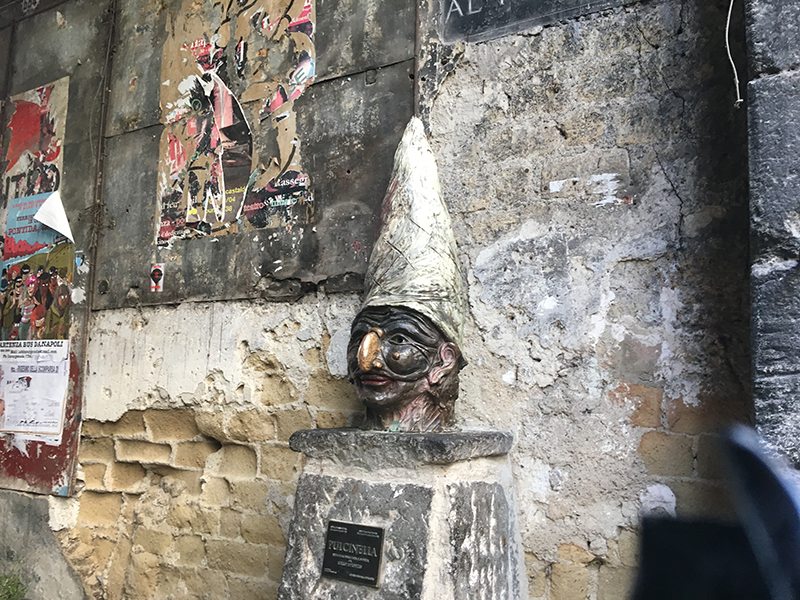 In search of the best pizza in Naples

We spent a day in Naples recently, because we thought we owed it to ourselves to explore the city … and let’s face it, we were in pursuit of the best pizza in the world. We were in search of the best pizza in Naples. That’s it. And more importantly the best Neapolitan pizza in Naples. Naples, after all, is the birthplace of the original wood-fired Neopolitan pizza, and frankly, that was our prime motive. I think Gordon was in pursuit of Sophia Loren, who lived in Naples for a time. 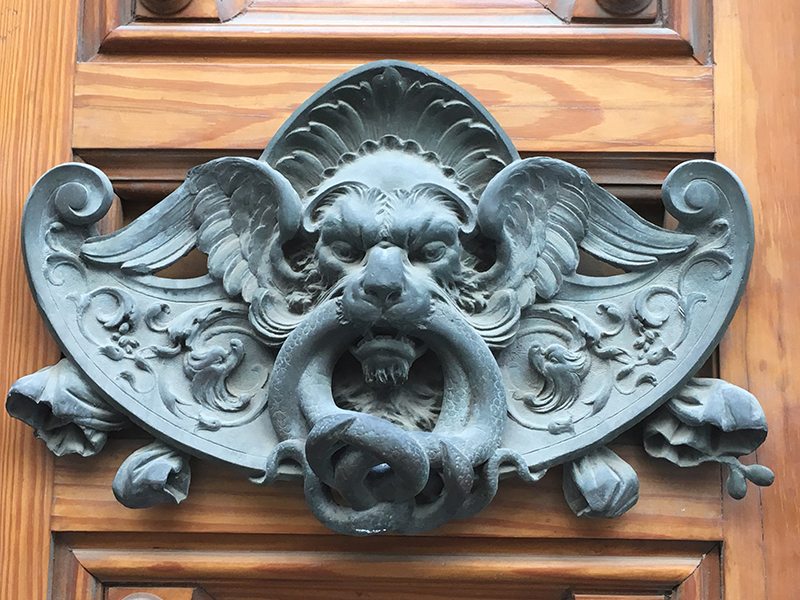 We had a game plan, and we stuck to it, but we found some other things also in Napoli, Italy that answered our question, Is Naples worth visiting and our answer is … do yourself a favor, and stop for a bit to explore the city. 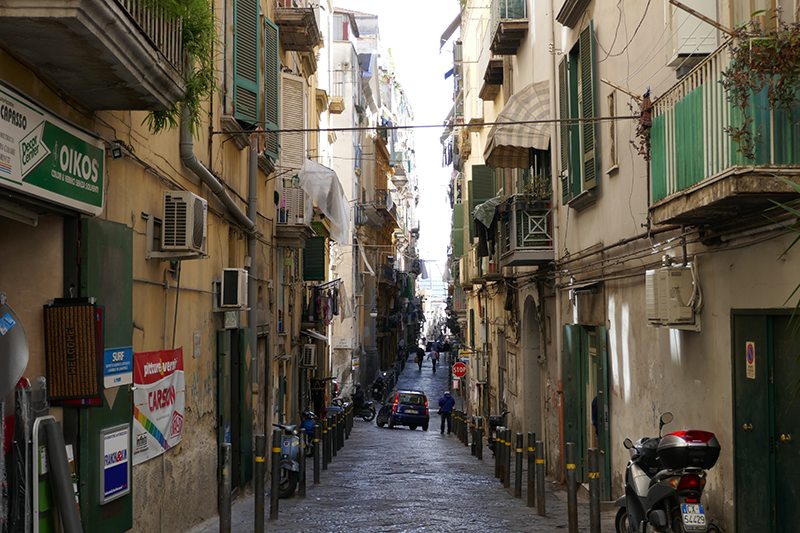 Is it safe to walk around Naples?

We did walk around the city before our pizza engagement, and never thought to question whether it was safe to walk around Naples. It just felt fine. We have been to other places where you get a vibe that you should be a little more cautious, but we didn’t get that in Naples at all. 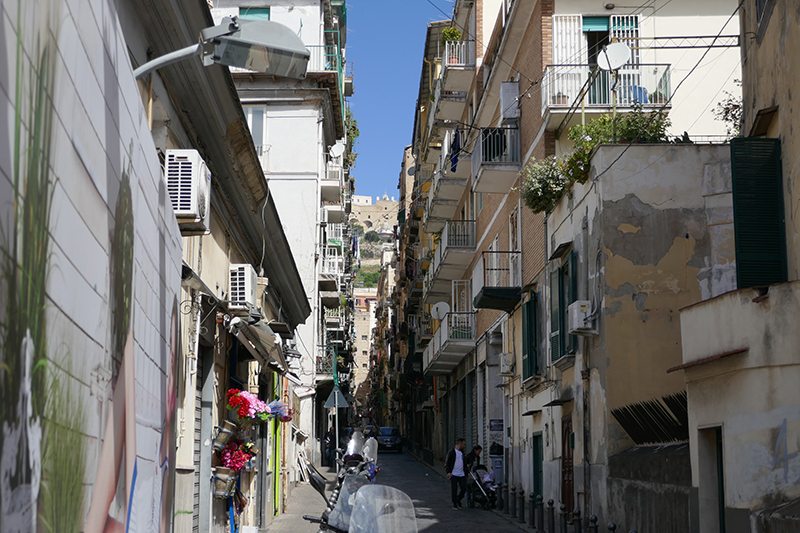 Is Naples worth visiting? Exploring Naples

I must say I did like what we saw. Long, steep, narrow streets where you could hear people heatedly debating the events of the day, week, month, as Italians do; where we could see people shopping, and hanging out their washing. I did like the grunginess of Naples, which reminded me of Athens, a city we really liked a lot, probably because we did a food walking tour in Athens. Perhaps there is a theme going on here.

Many people say Naples is dirty, and perhaps it is a little, but it also has an edginess to it, and that makes it much more appealing that sterile cities with no character. I guess Naples has that soul. 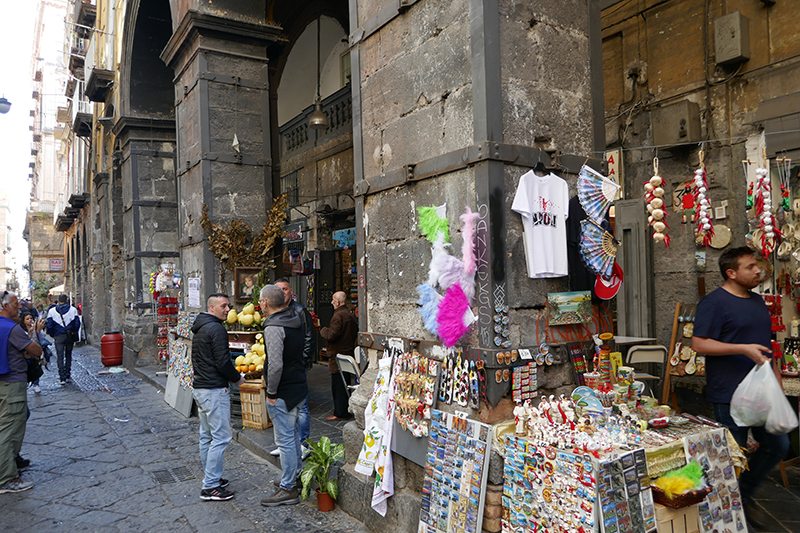 There was Mount Vesuvius, watching us on our walk, and me watching back wondering if it was going to put on a display, which in point of fact is long overdue. Let’s face it the last time it went off in a big way was in 79AD when Pompeii and Herculaneum met their demise. The volcano is still active, and pundits claim it is ready to blow its core at any moment. Just last year Italian authorities issued new and updated evacuation plans for NAPLES. I hoped it waited until we had eaten our pizza, and it obviously did. 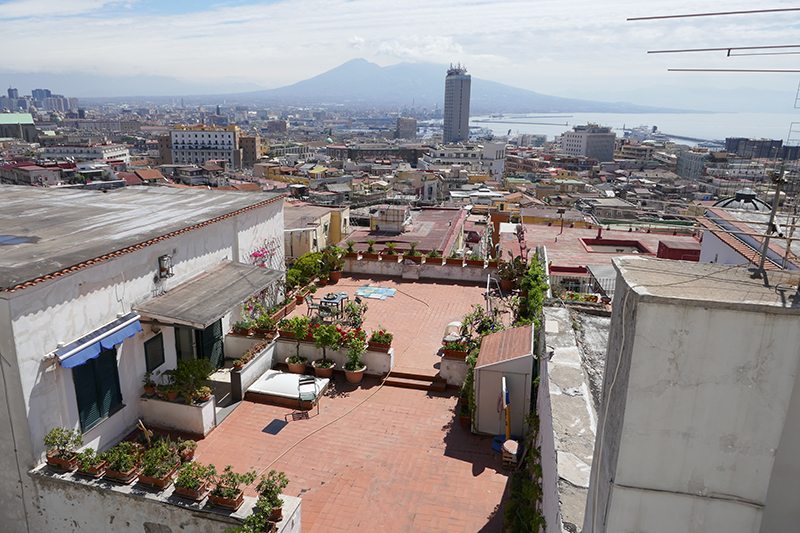 We didn’t do anything touristy, although the National Archaeological Museum in Naples has an excellent reputation. No, we walked. We tried something we had read about also in Piazza del Plebiscito. You close your eyes, with your back to the Palazzo Reale, and try to walk between the two bronze horses. It is not easy because the slope is deceptive. You’ve got to have some fun. 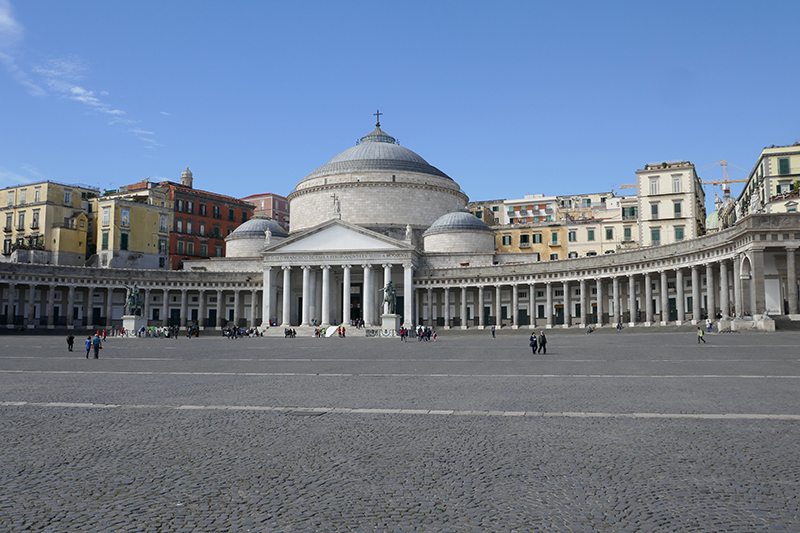 We walked up and up and up many hills because Naples is hilly, which stands to reason when Mt Vesuvius is watching over you.

On our walk, we saw some fantastic views of the Naples harbor and more church domes than I have seen in other cities. There are supposedly 448 historical and Monumental churches in Naples, this doyen of Catholicism. 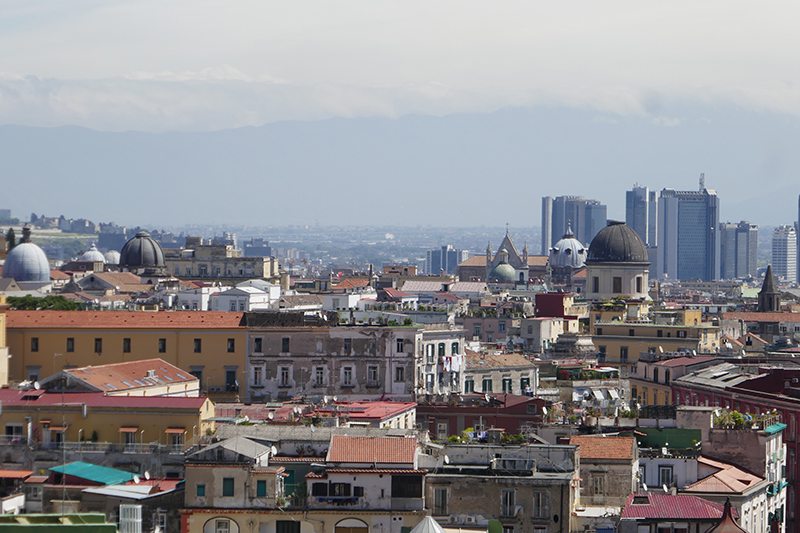 We also saw some quite suspect areas near the Funicolare Centrale di Napoli, the city’s funicular, which takes you to the Castel Sant’Elmo on top of the hill which looks over the Blue Bay of Naples. But, a city is a city, and this is unfortunately the norm. I wouldn’t go there at night time, 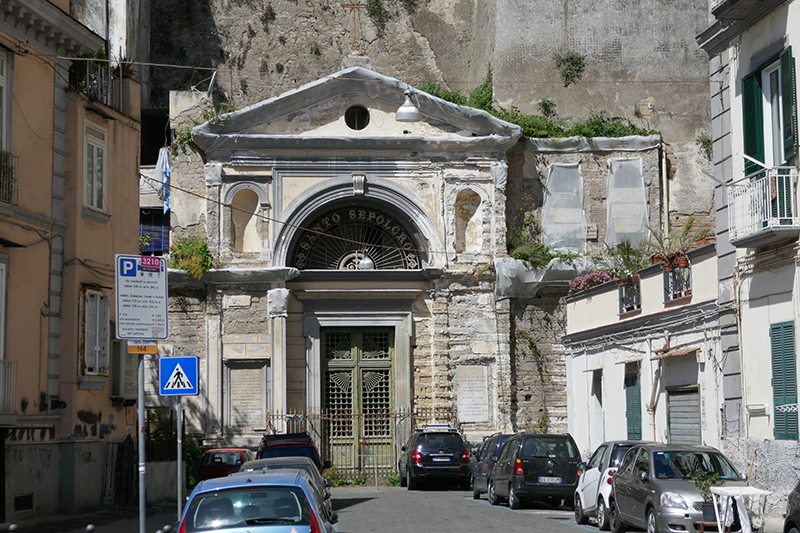 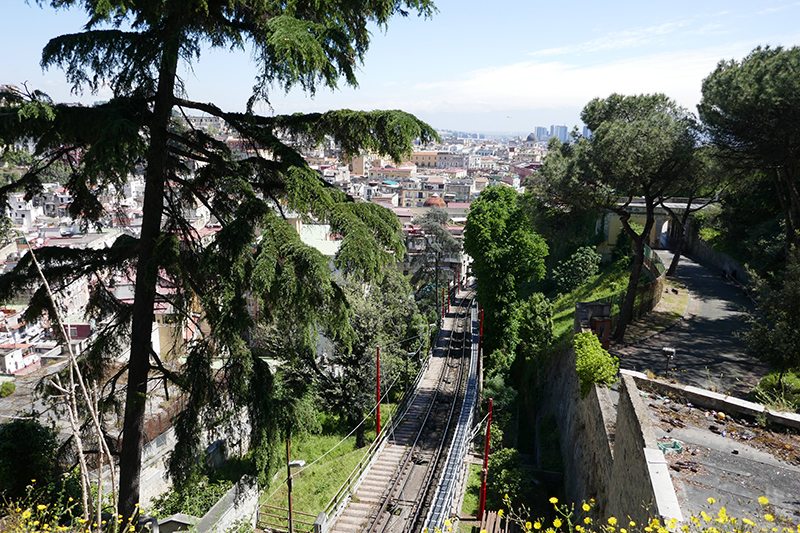 We watched an Italian wedding, and the guests fussing over everyone, and the groom and his groomsmen taking a few shots before they went to the church.

We then walked down and down and down to the historic area, called Centro Antico which is flat terrain, and where our pizza was waiting for us. This colorful, vibrant, very crowded area was pulsating with life and queues … queues to get into OUR pizza place. Like WTF? 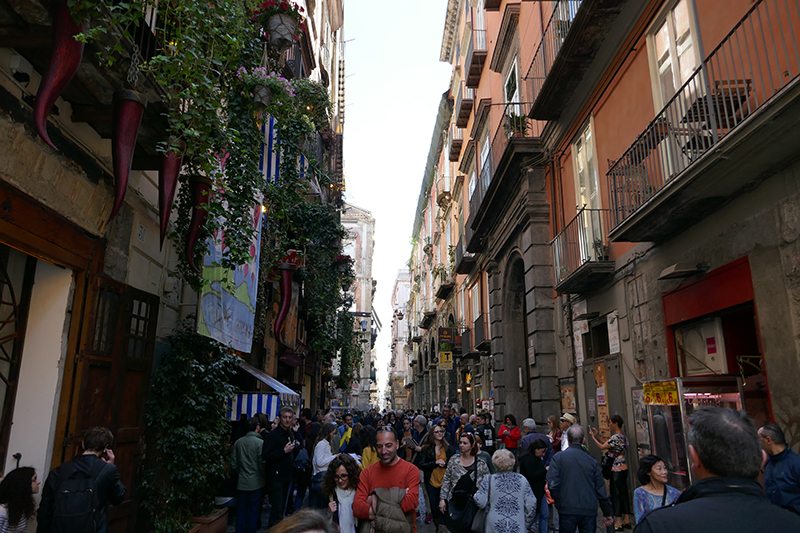 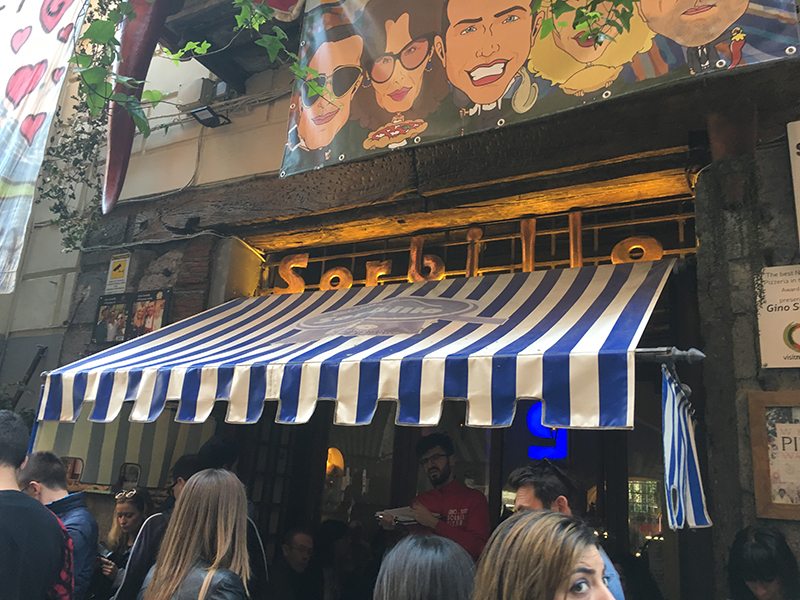 Apparently a lot of people, and they were local, also knew about The Best Pizza Place In Naples, Italy. It was Pizzeria Gino Sorbillo, at Via dei Tribunali, 32. After an hours wait, we did manage to get inside and have our pizza. Was it the best pizza we have ever had? No. That honor goes to the Italian village of Domodossola in the Piedmont region of Northern Italy where the artichokes were to die for. But, our time exploring Naples was excellent, and our pizza was very good. Is Naples worth visiting? I think most definitely. 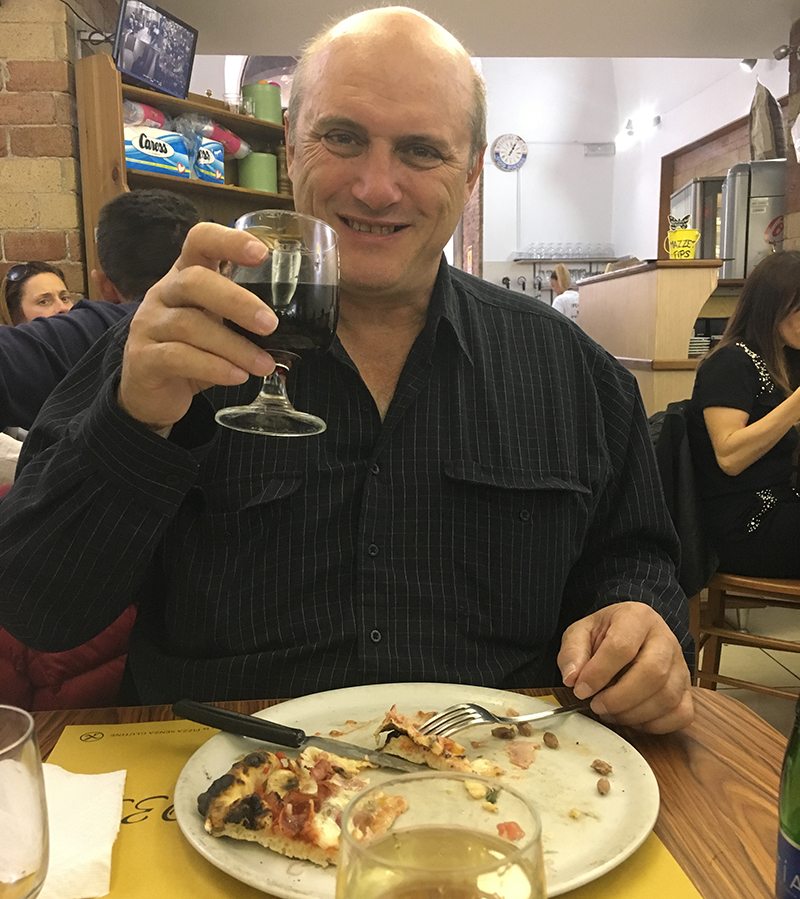