Sigiriya Sri Lanka and How to Make a Fool of Yourself 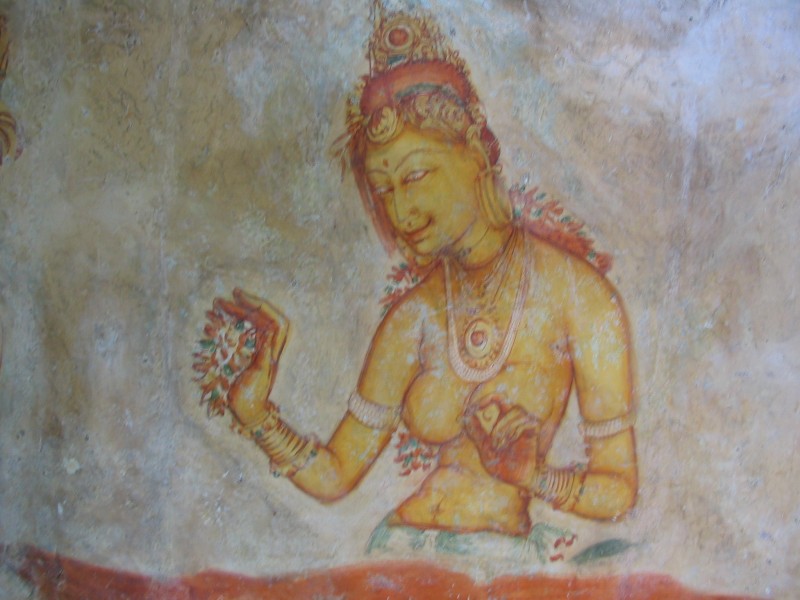 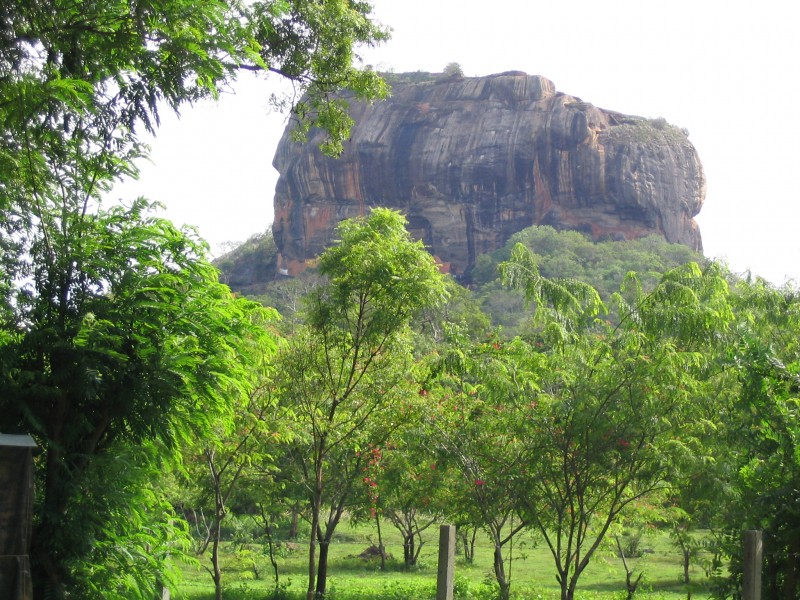 Acrophobia is the fear of heights, and I suffer from it. This makes for interesting times when travelling, or at home. Despite attempting to overcome this ridiculous but very real problem, I just cannot. I do often try , with some interesting consequences.

Where and What is Sigiriya in Sri Lanka

Sigiriya is the 8th Wonder of the Ancient World. It is a massive rock where a palace complex was situated in about 473AD as a fortress against an attack by half-brother Mogallana, of the king who had usurped the throne in the first place. He must have been worried because even trying to fathom out how to get the materials up there meant he was super insecure. 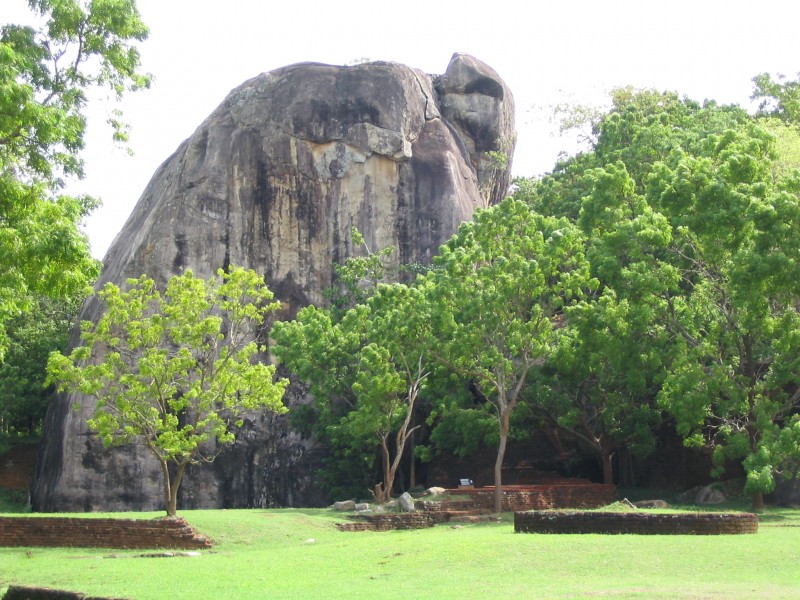 The guidebooks say you need a good head for heights to climb this monolith, which apparently we had decided to. Driving towards this wonder,  I was thinking this sucker is getting bigger and bigger by the moment. Nevertheless, I would have a go. Initially, we steadily wandered and climbed through the lush ancient gardens and then we started to ascend steeply. I should have listened to my heart, which was beating in my ears, and the fact that my legs were attempting to retreat but I wanted to prove that I could. When I saw the rickety iron steps to take us even higher I knew I was in deep trouble, but I kept going. 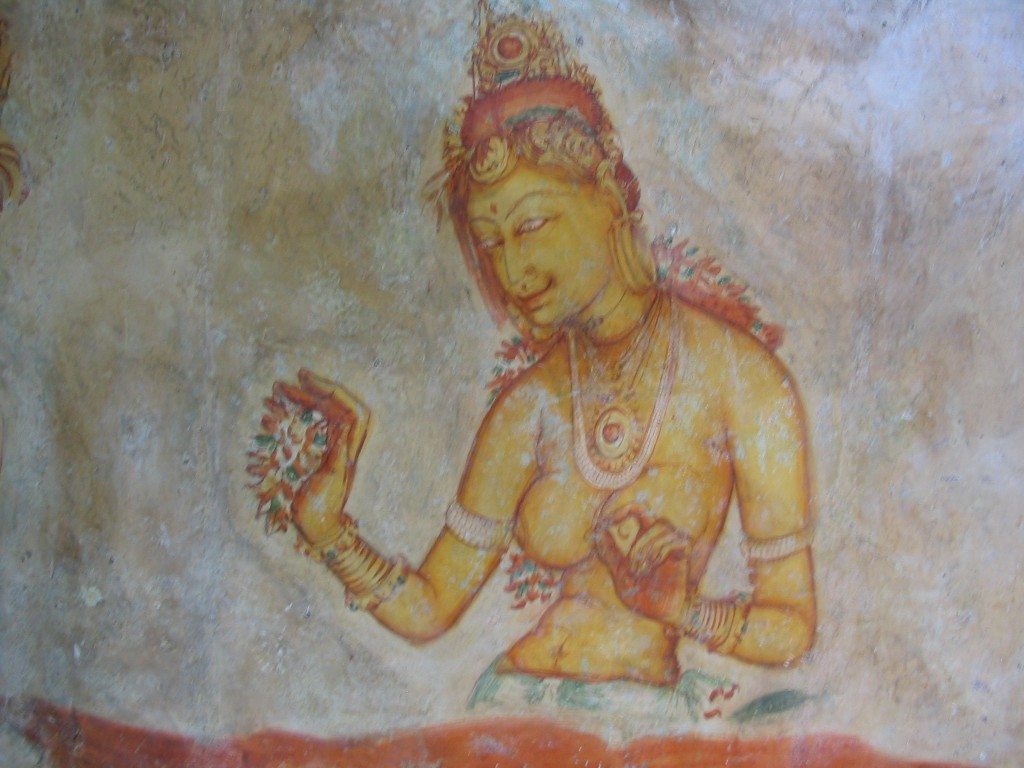 Midway up the stairway to heaven, because that’s where we were headed, we had climbed so high, and I had my first full on panic attack accompanied by a total tantrum. I refused to climb a ladder to see the Sigiriya Damsels – the 22 surviving sensuous paintings of skimpily clad court beauties, which was a shame I’m sure, but I literally couldn’t do.

While my partner was up there, I attempted to calm myself down while meanwhile fending off hawkers trying to sell me their crafts that only their families knew the secrets of making. All I wanted was to go back to ground level, receive oxygen, valium and medical and psychiatric treatment. 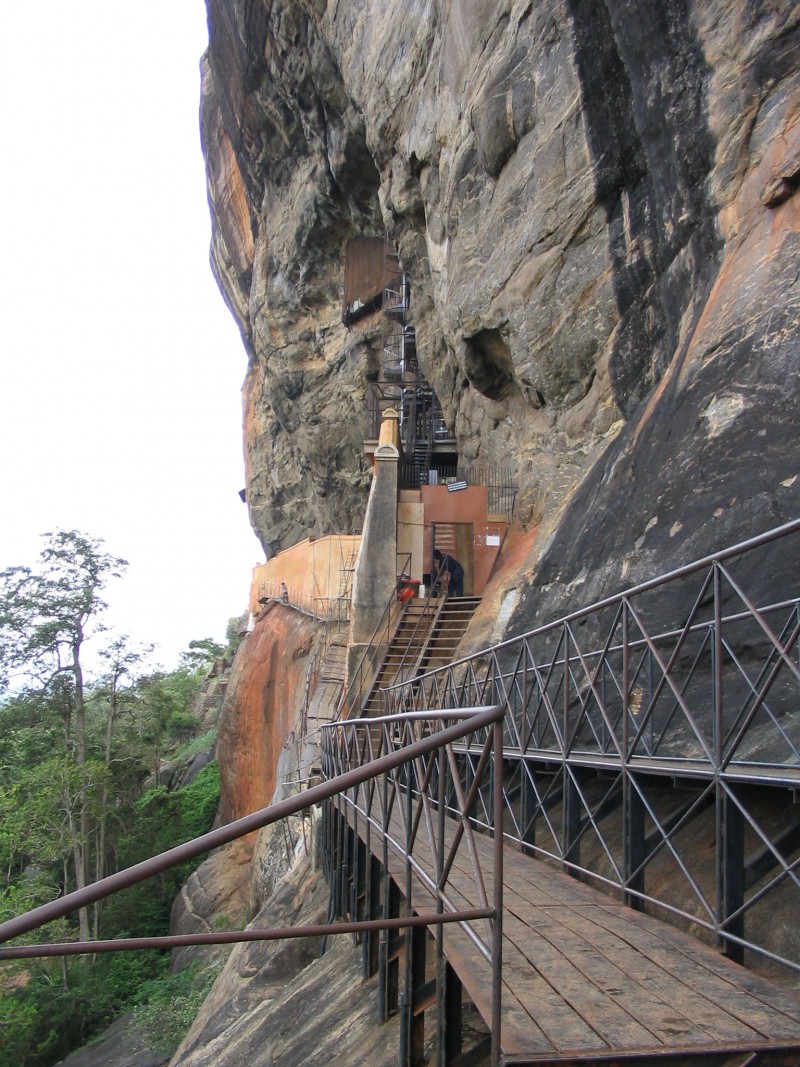 The trouble with going up is you have to come back down. So with my partner encouraging me I kept going along the Mirror Wall, which is set against a sheer drop where we were further out than the base of the goddam rock. I might have looked foolish crawling along hugging the wall. I didn’t care. Our guide said we were close to the top. Didn’t think Buddhists lied! Keeping my eyes firmly shut I held on to my partner as we climbed more steps up and up, but when he dropped his glasses over the side I inadvertently opened my eyes. I was gone, I could not breathe, could not move.

He had left to go over the side with the rotten guide to retrieve the glasses, and I was left clinging to the wall in the middle of no-where.

This is not a pretty sight! I had to be helped up to the level below the archeological remains of the old palace when they returned with the ‘broken’ glasses. I was not climbing through the paws of a colossal brickwork lion, which formed a gateway into the upper citadel and gave the rock its name. That was it.

I was on flat land, albeit 350 metres in the sky, nearly at the very top of a rotten big bloody rock and my partner could see the palace remains on his own. Our guide tried to say “you this close, keep going” as did my partner, but I had given up. I was in tears, my heart and head were pounding. I didn’t care. I was consumed with fear of the return down.

I will sit here, and that is that. The guide said, “no you will sit around here as there is a wasp’s nest up in the cliff”. The wasps nest was a long way up and where he directed me to sit was near those steps looking down the sheer cliff. I would compose myself in the sun – where I wanted. I sat and watched my partner climb the final hundred steps, or near that place, and starting to calm slightly. Of course, it would happen to me, the wasps attacked me. 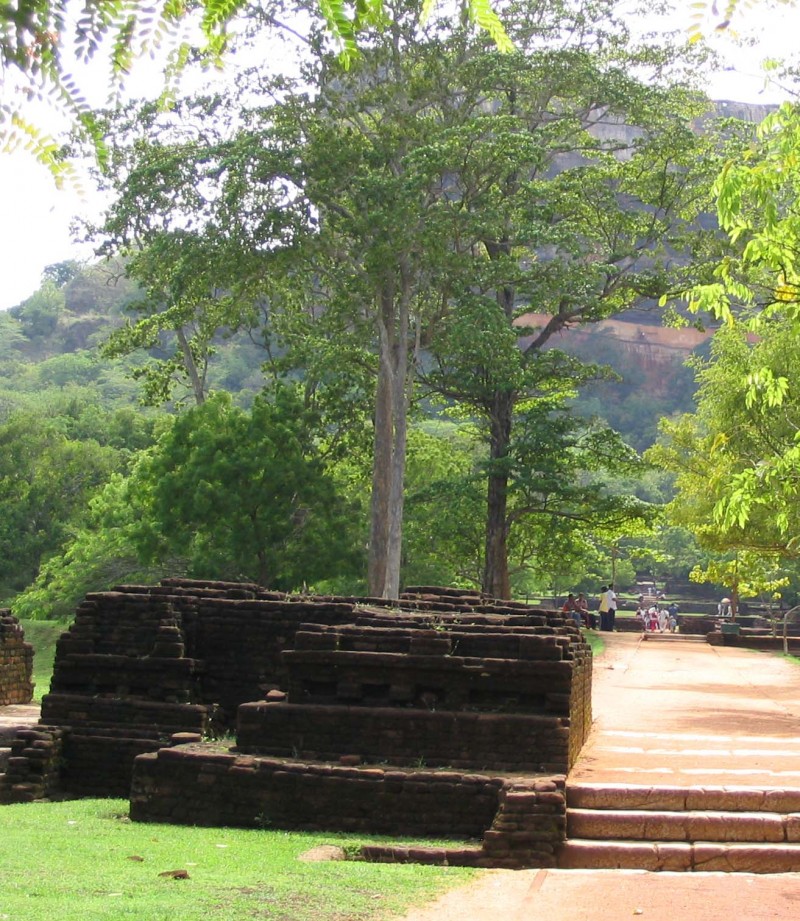 Sigiriya – don’t be fooled because it looks nice, it is a very hard climb if you are scared of heights

Here I am on top of the 8th wonder of the ancient world in stunning Sri Lanka and jumping around like a lunatic attempting to swat at a horde of wasps. As anyone knows the more you lash out at them, the crankier they get. All I could hear and see were the Sri Lankan guides rolling around and laughing. Two did come to my aid, moved me away, and diverted the swarm.

So I did get back down – the initial descent done with shut eyes and clinging to my partner and the rock wall. In years to come, archaeologist will marvel at, and concoct tales of why there are fingernail gouges all the way down Sigiriya. Perhaps they will determine that in fact Mogallana had in fact succeeded in luring his half brother from his citadel or maybe they will deduce that a hysterical tourist had marred a very important historical site. Who knows?