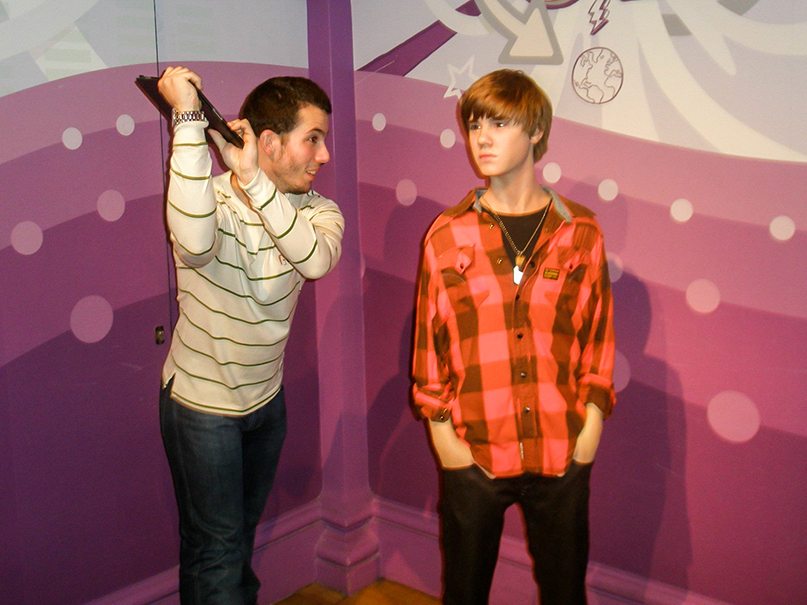 We asked Top Travel Bloggers to share their cheesiest photos taken when they have been traveling. Many turned very shy about owning up to the fact that we all do it. Some brave souls and Top Travel Bloggers, however have shared what we all do.
Don’t deny it, you all have that cheesy photo that you took while traveling. We all do it. The one where you are kissing the Sphinx, walking across Abbey Road, holding up the Leaning Tower of Pisa or maybe you have kissed an idol in Madam Tussauds.
What will I share?

Gordon says no, to one that I am thinking about, but then my ability to be obedient is fairly tenuous. We will see.

Go safe or ….. wait until the end and see what I have shared.

You know we all want to do it, but João Sá did it.
He wacked Justin Bieber across the head with an iPad.

You know we all probably do want to do this, yep grab a piece of Justin Timberlake.
Lexie freely admits that she is objectifying Mr Timberlake. It makes you think that they named their blog site well. 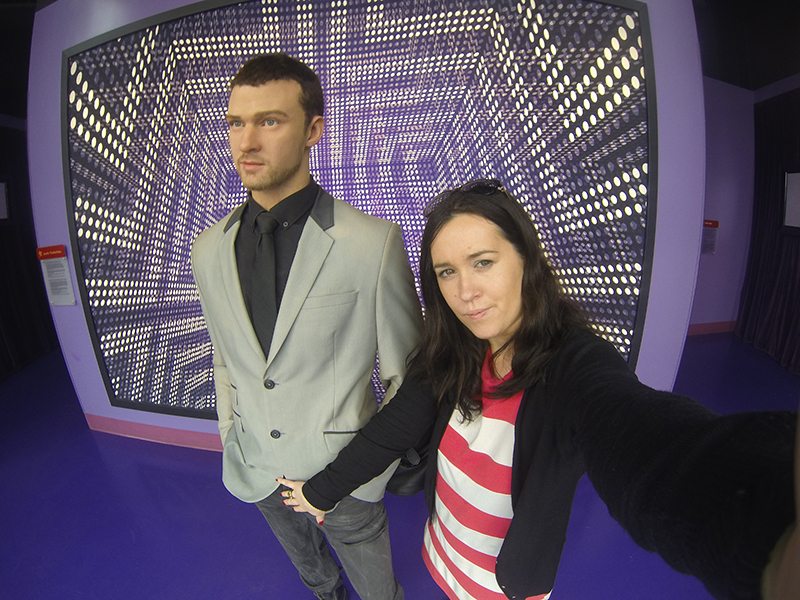 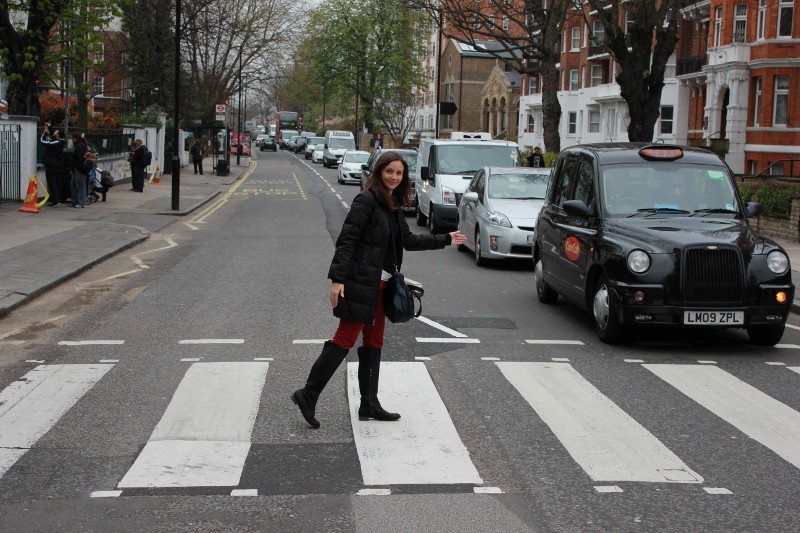 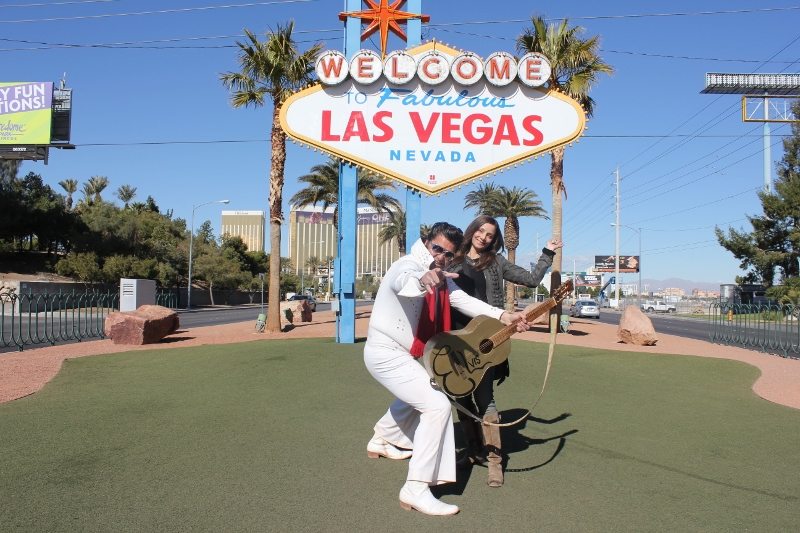 Josh sometimes like to find creative ways to make his wife Liz laugh during their travels and this is how he does it. 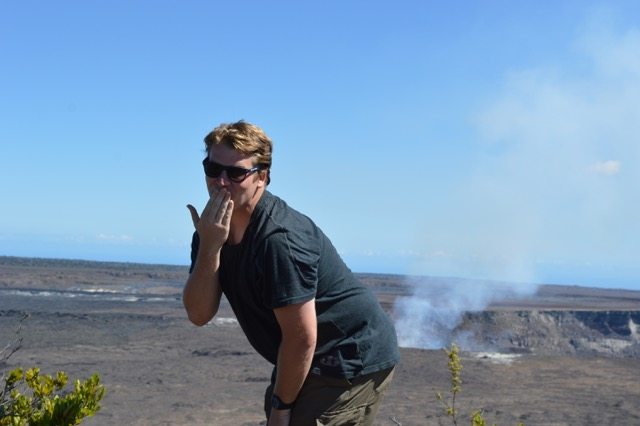 Very very reluctantly, we got Jo to share a 1990’s cheesiest photo

Jo tells us, ‘This one is doubly cheesy – not only am I pushing over the Leaning Tower of Pisa, I’m also wearing the most hideous Paris tourist tshirt, and don’t get me started on those shorts. ….. 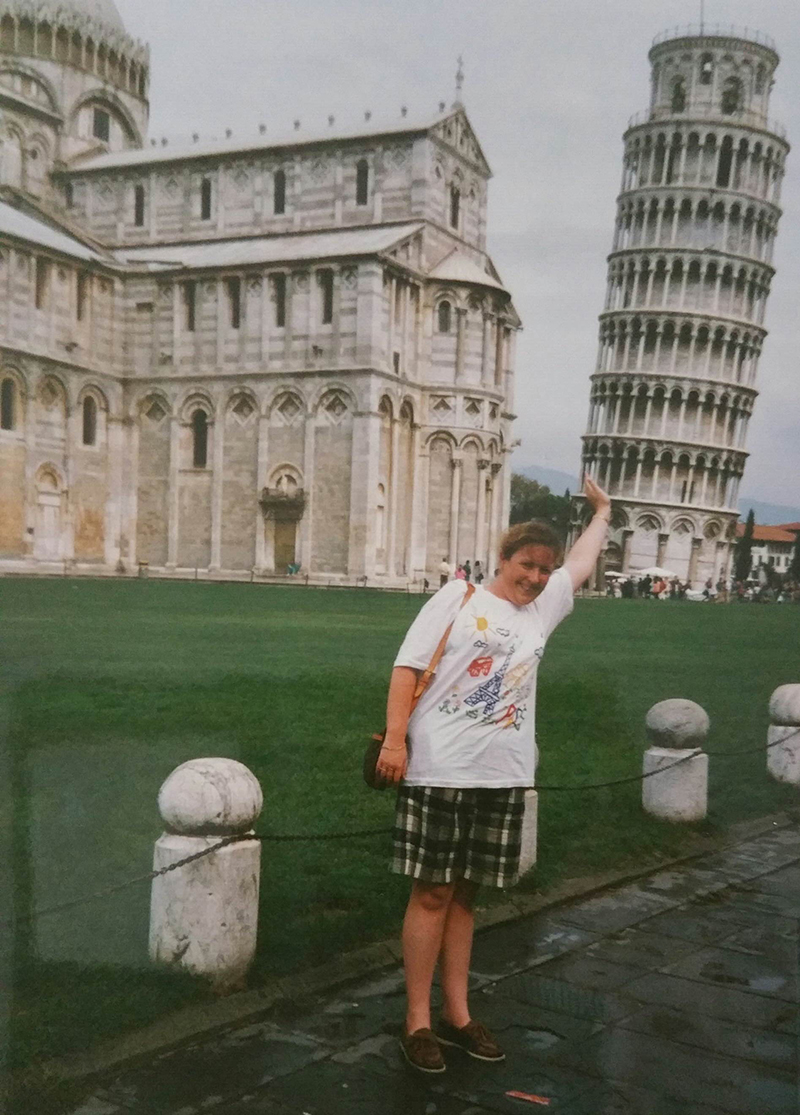 Erin takes on the Capitol building in Washington, DC ..and wins

“I got invited to a German house party, and they were mixing bad.” 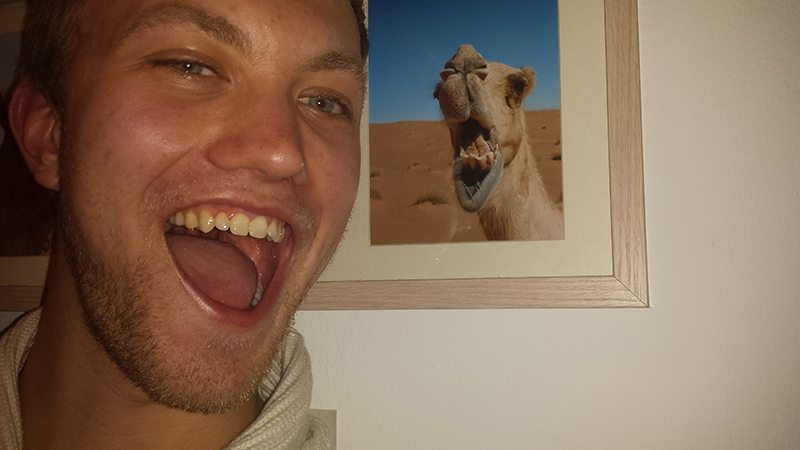 Will a bottle of Naked make me as as strong and green as The Incredible Hulk?? 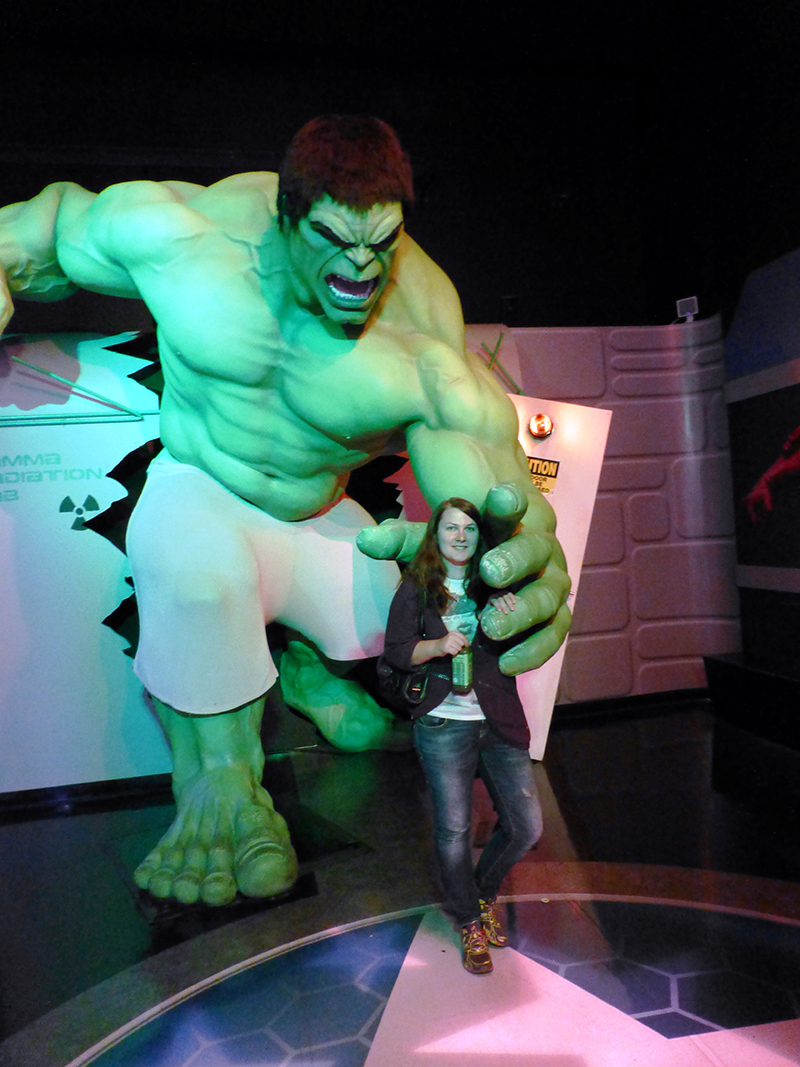 Turns out George Clooney wasn’t that afraid of commitment at his first wedding at Madame Tussaud’s Wax Museum in Las Vegas, Nevada,when Katie Lutz married him. 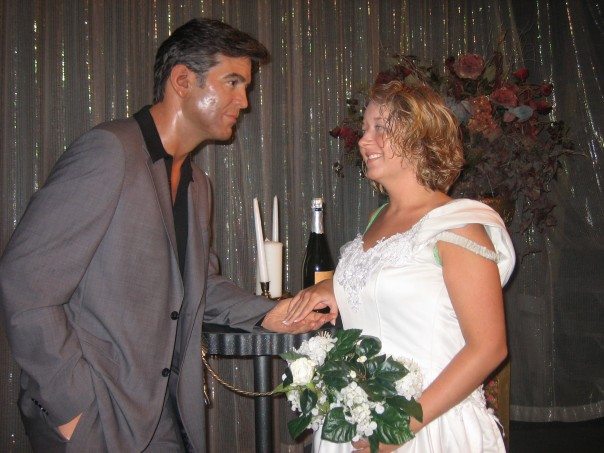 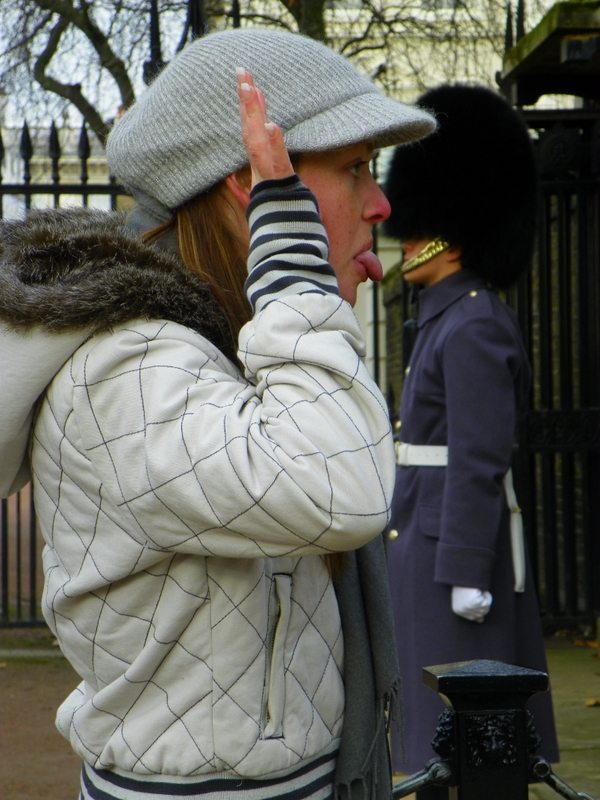 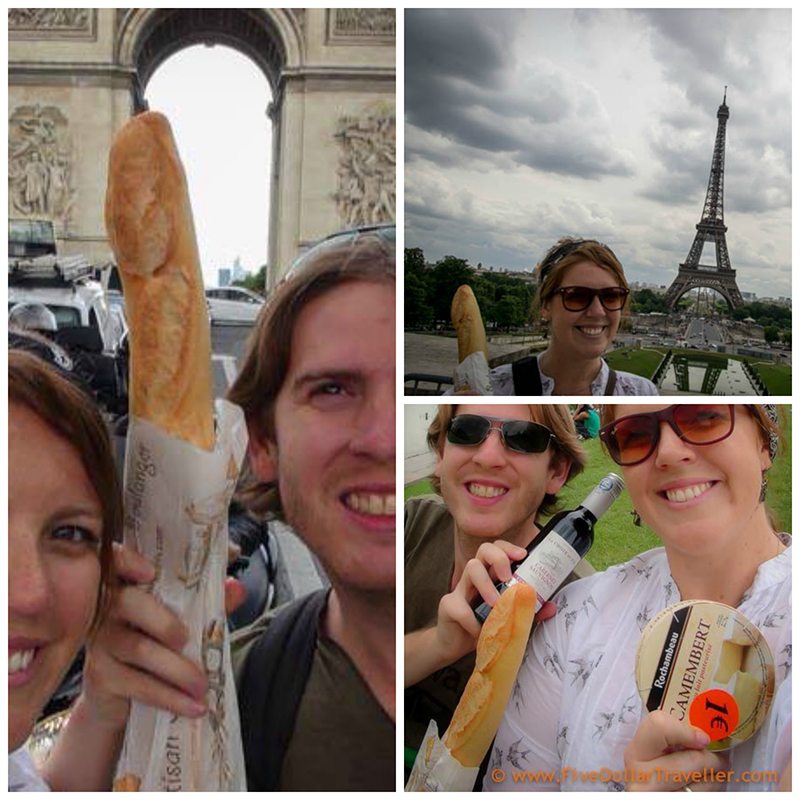 Sharon and her family have a thing for fruit in Langkwai, Malaysia
She says “the kids keep asking to take more silly photos now!” 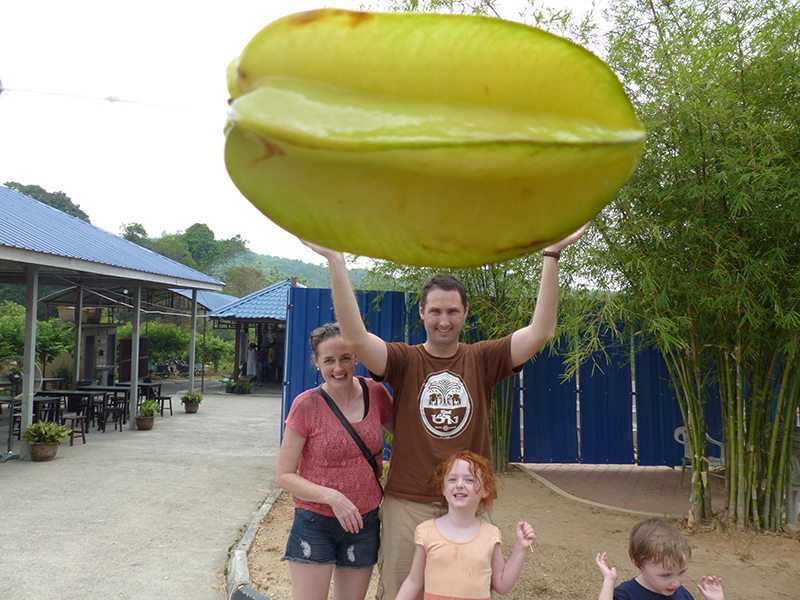 Chris
seems to have purchase cialis some animal issues in East Thailand. 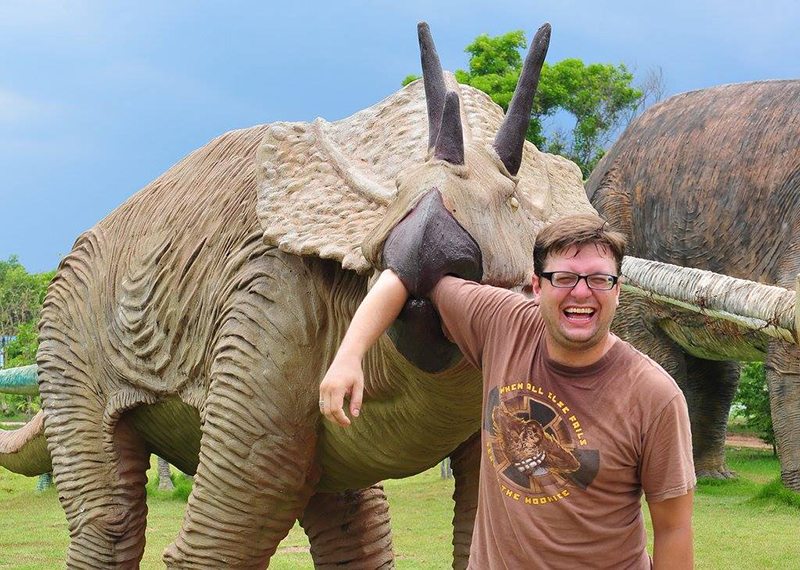 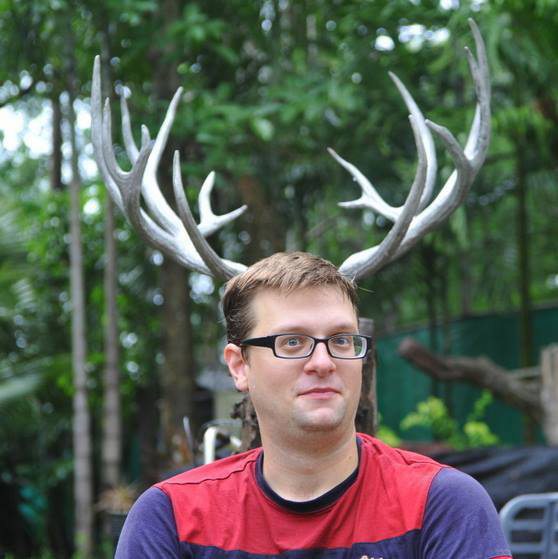 Did cruise blogger Don Bucolo really need to hitch a ride to his cruise ship?

Thankfully, he was able to catch a tender boat back it in time, even though he may have had one too many rum drinks while spending a day on on this private island during his last cruise onboard Royal Caribbean’s Enchantment of the Seas. 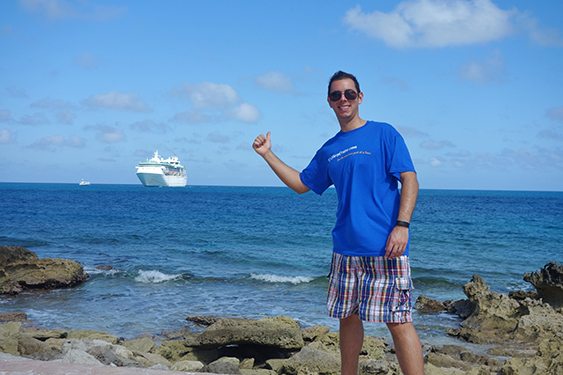 Ana is one strong lady as she is caught on camera holding up La Hougue Bie, a Neolithic mound and passage grave built 6,000 years ago in Jersey, Channel Islands. 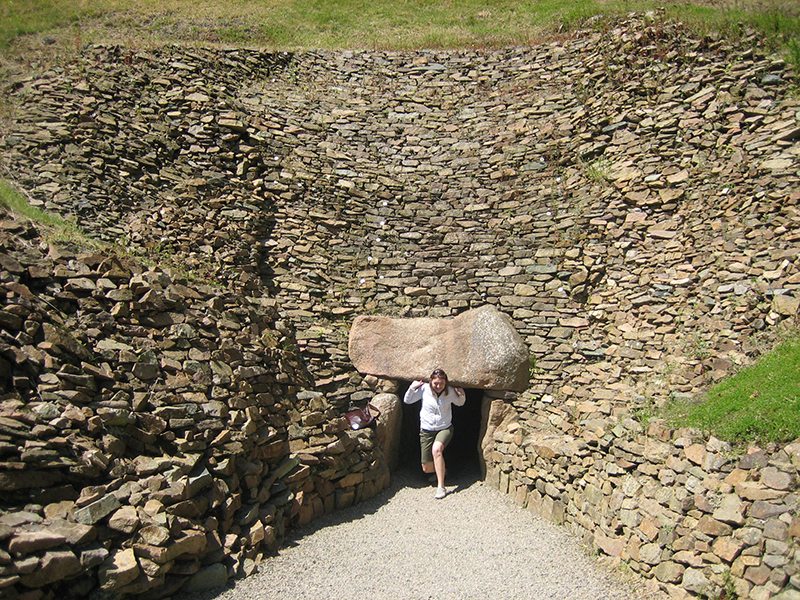 Pete had just flung the flame on top of the Olympic beacon when his wife Betsy took this cheesy photo in Sochi, Russia. 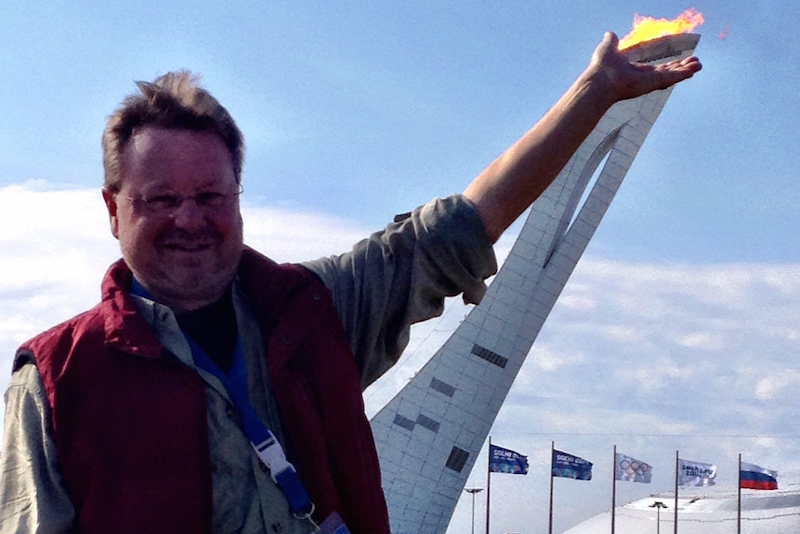 The lovely Jean takes us to Paris “So this was at the carousel grounds of the Eiffel Tower in Paris.
“Whoever said that Paris is a romantic city must be disillusioned – to me Paris is a very playful city! Every corner looked like a playground“. 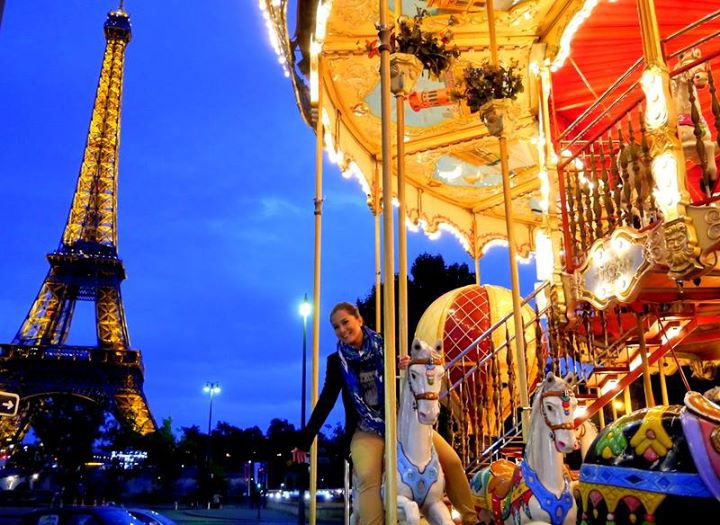 Dawn says that “While visiting the Great Pyramids of Giza I was told by a friend to go and stand in front of one of the pyramids and jump as high as I could while they took a photo. I had never done anything like it before and was amused and entertained so I went and did my jump.

She freely admits that

Well, my honest intentions weren’t meant to be a cheesy traveler; but, I soon came to realize that jumping in front of popular sites is a pretty cheesy thing ‘tourists’ tend to do around… go figure, haha.” 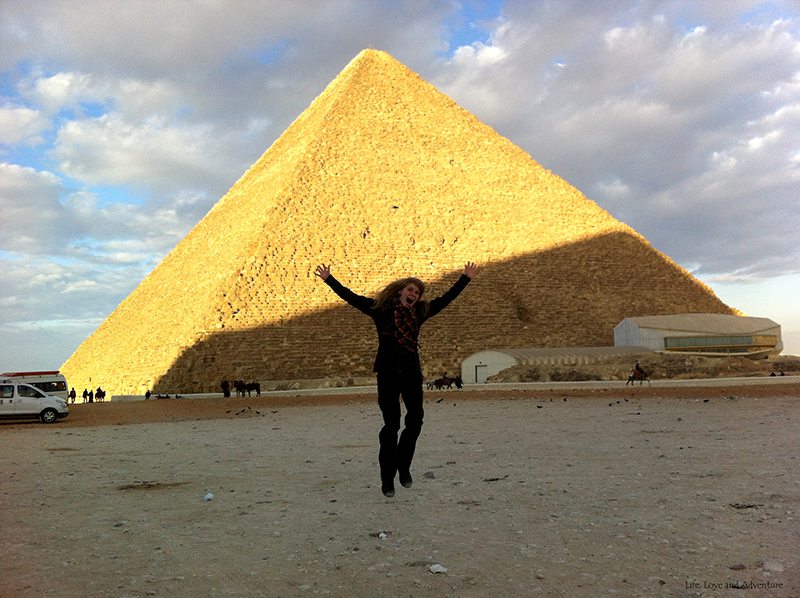 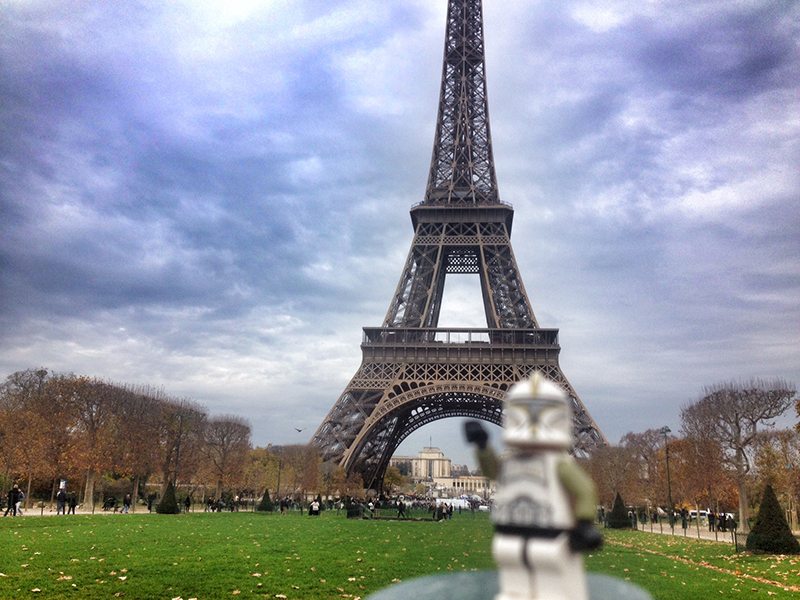 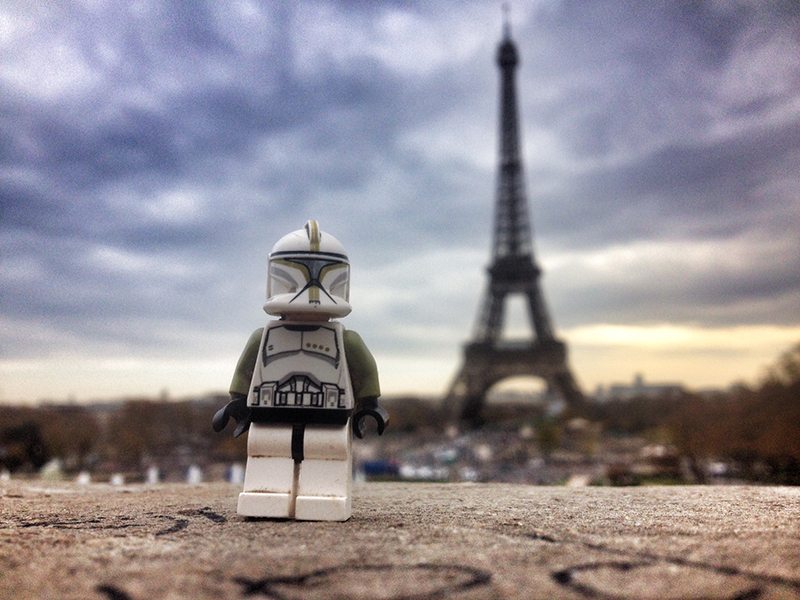 Veronika was shooting in Taipei city center. This photo was taken during the videoshooting. Her task was to create short video to feature various spaces in Taipei.
When she needed some shots from the crowded city center. This little local boy just stepped in front of camera in wrong moment! 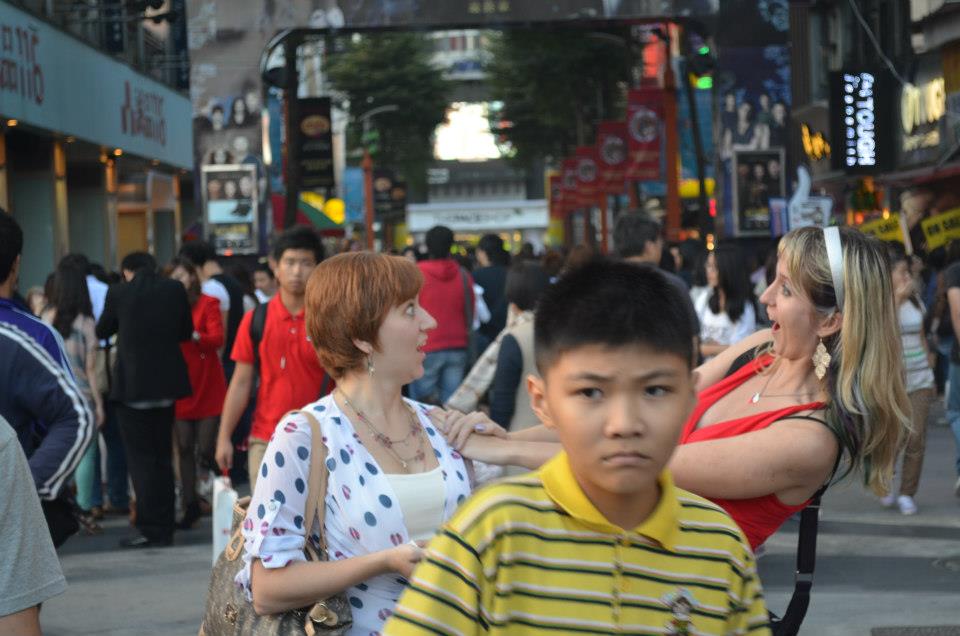 So where is mine you may be asking. Well, I do have a number. Mona Lisa has photo bombed me and nearly everyone else who has been to the Louvre. I have had my head stuck down a boars mouth in Munich, and been into Love Valley also known as Penis Valley in the Cappadocia’s, Turkey !!!
However, in deference to Gordon, I went conservative …………….. 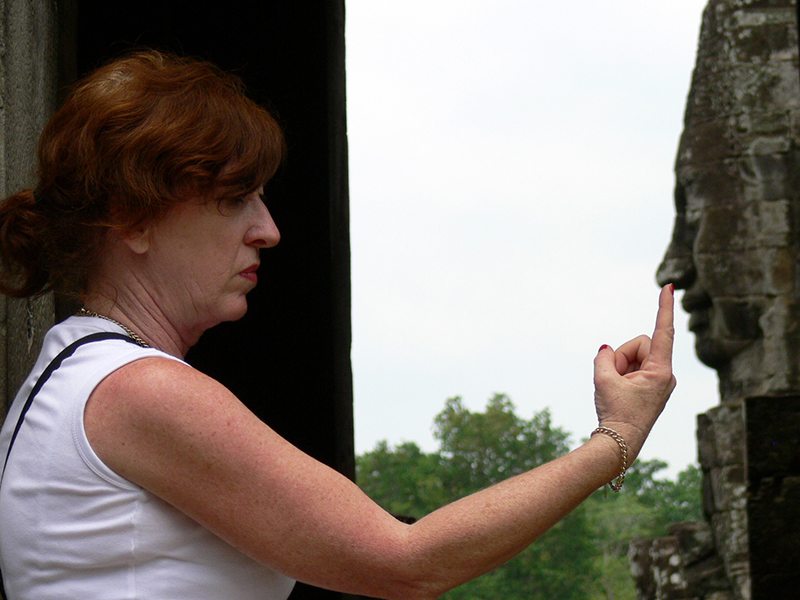