“Who’s the boss?” at The Gypsy Nester 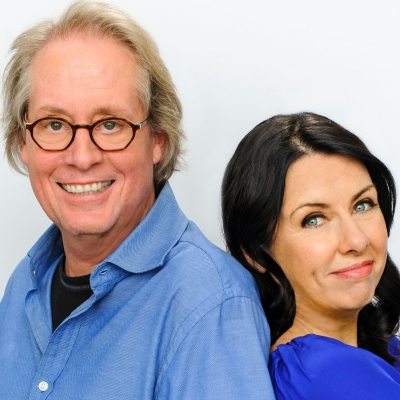 We started a new series of posts by travel couples last week, to determine who does what when it comes to travel organisation. In fairness we put ourselves up first and showed the form that we asked each travel couple to complete to determine “Who’s the boss?” I think that people were of mixed opinion as to who “is” the boss at Contented Traveller. I myself thought it was pretty clear cut.

This week we find out,

“Who’s the boss” at GypsyNesters?

Who are the Gypsy Nesters?

David & Veronica are experiencing the collision of Baby Boomer and Empty Nester. Upon sending their youngest out into the big, wide world, they set out to break the empty nest rules by selling everything and hitting the road. To become more than empty nesters, to be gypsies, GypsyNesters! Along the way they began writing posts for a website and rediscovered the couple who fell in love years ago. They’ve been full time travelers since 2008.

So, “Who’s the boss?” at GypsyNesters.

David and Veronica don’t have a bucket list per se, but lots of things they want to see. They will go anywhere though and say that sometimes the unexpected can be the best.  As they are empty nesters and work online they can travel most anytime.

If flights are involved then it is David who tends to deal with that. They say, “A lot of our travel doesn’t involve flying though. We love trains, and our RV”.

David in the main does research though they both work out the types of accommodation they will use. Where there is transport involved between destinations David takes care of this. They both do their own packing and say that “We have it down to a science.”

David and Veronica have what they call ‘the one trip rule’. “Only bring what we can carry in one trip. That way our bags are always with us so no need for locks”.

David deals with foreign currency and says “Veronica usually comes to terms with the exchange rate right about the time we are leaving the country.”

As far as leaving the house neat and tidy, they say that “We sort of try, but we live in a small motorhome so it stays about the same all of the time.”

As they travel all of the time David and Veronica say that “friends and family’s first question on the phone is always “Where are you?”

As far as dealing with the inevitable bills that come, they say “Thank goodness for online bill paying. Don’t know how we would do it without the Internet!”

They both love festivals and different events – “Absolutely love them, anytime, anywhere.”

While both handle technology in their travels, David says “Veronica is the true techie, worked in it all of her life”. David tries. Veronica also deals with the emails and correspondence relating to the trip.

As far as activities go, they “We will do most anything, especially if one of us dares the other”.

So, “Who’s the boss” at GypsyNesters? Tough one to call. What do you think?

Read more about their adventures at Gypsy Nesters

Coming next week are 1000 fights before you die.