I guess it is hard to know where to start with the accolades for the Captain’s House Inn in the delightful Chatham, MA. 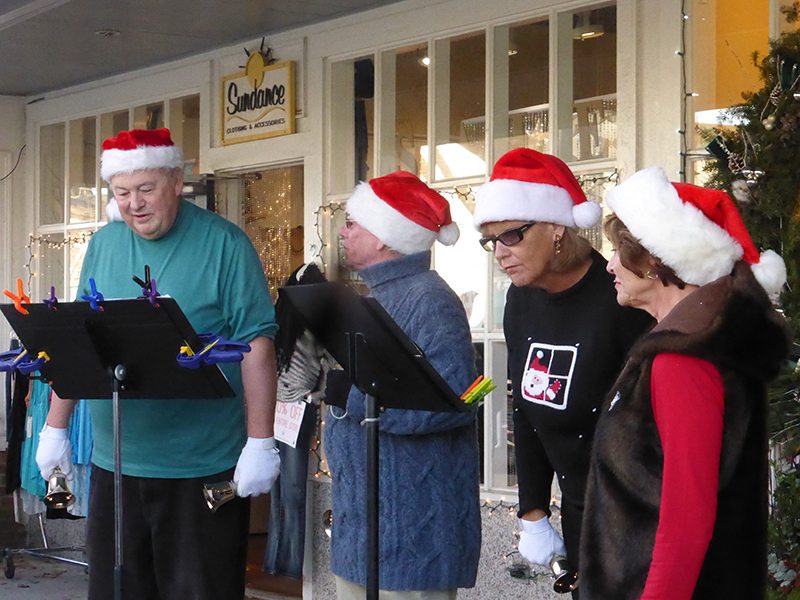 Do I begin with the innkeepers? They are a young couple who undoubtedly know how to run a very successful business; it is evident from the moment you walk in. Do I mention that this young couple also has 5 children under seven and still maintain the highest standards of service at this luxurious and historic Cape Cod B&B?

Perhaps, the fact that they run the innovative Student Innkeeper Program, or that they have Jamaican staff members, who work here for eight months of the year, and that they have a business model that is savvy. Maybe I could start with the inn itself, and the meticulous detail to décor and services at this very distinctive inn.

It could be the perfect High Afternoon Tea that chic London Hotels would nod their heads in praise at, or the Open Kitchen Policy. It could also be that Chatham is a beautiful seaside village and everything is an easy walk from the inn.

Let’s talk about all of this, because this is an excellent example of why this inn is part of the Distinctive Inns of New England.

A Quick History of the Inn

The Inn was built by Captain Harding, a well-known sea captain from Chatham in 1839. He and his wife Lydia, and their nine children lived here. The current rooms are named after the children. 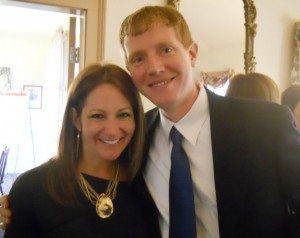 Jill and James Meyer bought the Captain’s House Inn in 2006 after a two-year stint at the Carriage House Inn, just next door, where they tripled the occupancy in that time.

Just to show you how they do know how to run an inn, Jill, on behalf of the entire Inn staff, was the Winner of the Travel Channel’s Hotel Showdown, while James potty trained their son while she was on the show.

The Rooms and the Public Spaces of the Captain’s House Inn.

It is a little like arriving at a compound set on 2 acres of immaculately maintained gardens, and for us, a treat as they are decorated for Christmas. There are four distinct facilities:
– the Main House, an 1839 Greek-Revival style mansion
– the attached Carriage House
– the uber luxurious Stables, and the
– 200-year-old “bow roof cape” called the Captain’s Cottage.

We are in the Stables. Originally it was a modest tool shed and then a bunkhouse for the interns, The Stables were transformed in 1997 into what is now the most luxurious of the accommodation options. We are in the best room occupying the entire second floor, and yes we know we are spoilt.

We are very fortunate to be staying in the Lydia Harding Suite named after the wife of the original captain. It is the premier suite at the Captain’s House Inn. It occupies the entire second floor of the stables. There is large sitting area with sofa and two wingback chairs, gas fireplace, TV/DVD player, and it opens onto a balcony overlooking the gardens. There is a bay window replete with cushioning for enjoying the sun while reading a book. There is yet another office alcove with yet another bay window.

In the bathroom, there is a double whirlpool Jacuzzi tub, separate shower and a fantastic half-domed window where the green trees can be seen. The bathroom is beautifully done in stark white and blue.

The bedroom is stunning in its muted greens, chic without being chintzy. It has it own fireplace, comfortable chair and his and her wardrobes. There is another bay window here as well. This also opens to the balcony and is a lovely place to sit and take in the views of the pagoda and the Adirondack chairs around the grounds.

There are a living room and a library for relaxing. The inn has an Open Kitchen Policy. Maybe it is because James is an avid cook, but the inns policy is that you can wander in and out to see what is happening in the kitchen, and this is only ever a good thing.

This is something that I found to be very innovative in so many ways. The inn runs a Student Innkeeper Program in conjunction with some universities in Great Britain, where the students are studying Hospitality and Tourism Management. In their the 3rd year, they are required to do a work placement, and this option of working at in an inn in the US for six to ten months is an excellent experience. Here they learn all of the machinations of running an inn from the bottom to the top. What we saw were lovely students whose professionalism shone through.

Another innovation is that the inn has Jamaican staff members, who similarly gain skills in the US that can further their lives when they return home after an 8 months program. A small core of housekeeping team remains with the inn year-round. Their contribution to the inn is undeniable, as this is an immaculate inn from top to bottom.

Jeff Wilson is the Executive Chef of the inns kitchen. Food matters to guests and guests want something that is special and unique. He delivers. Jeff plans and produces the gourmet breakfast and High Afternoon Tea menus and the preparation thereof. There is an Assistant Chef, Claude Edwards, who is the wife of Dan, who maintains the gardens of the Inn. Claude has been at the Captain’s House for more than 10 years.

We know High Afternoon Teas, as we have tried them in the UK, in Australia where they are very much on trend and in Bali, where they are doing an exceptional job with these also. The innkeepers agree with us that it is still a new concept in many parts of the States, but one that people are discovering and loving. We can tell you emphatically; the British had better not lose sight of the fact that this Inn in American, in Chatham on Cape Cod is right up there, with some of the superb High Afternoon Teas that we have enjoyed.

Our Food Trip at Conrad Bali 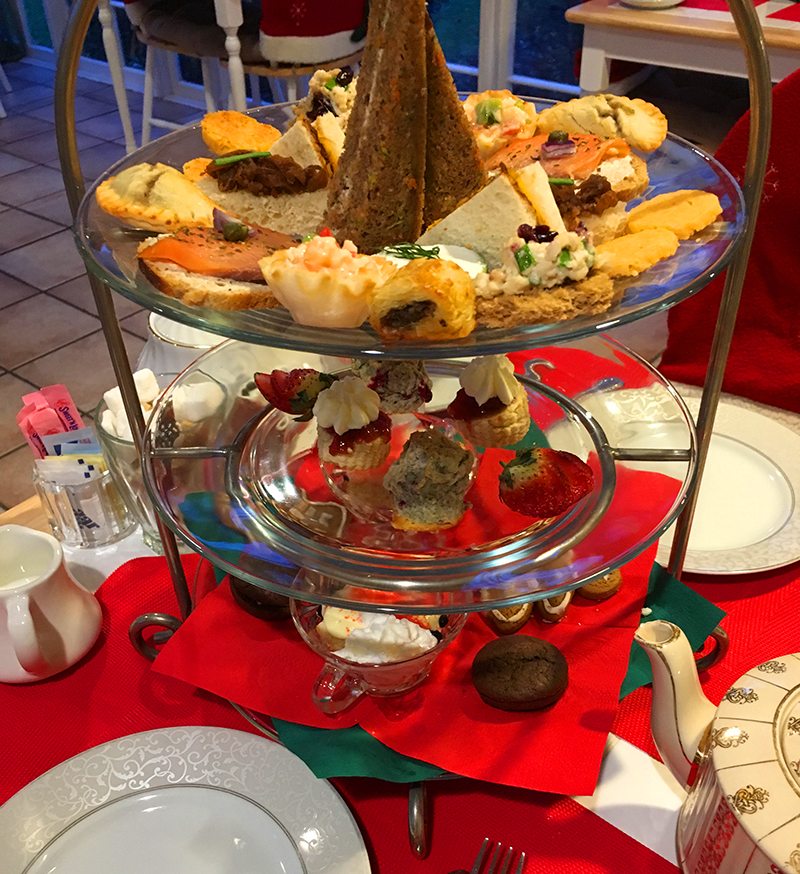 Those extra touches that set the inn apart

Guests just need to leave a sign on your door, and a coffee will be brought to you 1st thing in the morning. You will hear a gentle knock at the door, and if you miss it a polite phone call to let you know it is waiting for you.
Peckish in the evening? The open door kitchen has you covered. There is Coffee, Tea, Hot Chocolate, and homemade biscuits waiting for you.

Wi-Fi that is probably quicker than you are.
Feel like Eloping or doing a Vow Renewal Package, and then the inn will organize it as Jill is a Justice of the Peace in Massachusetts and can perform the ceremony.

And the seaside village of Chatham is an amazing place. 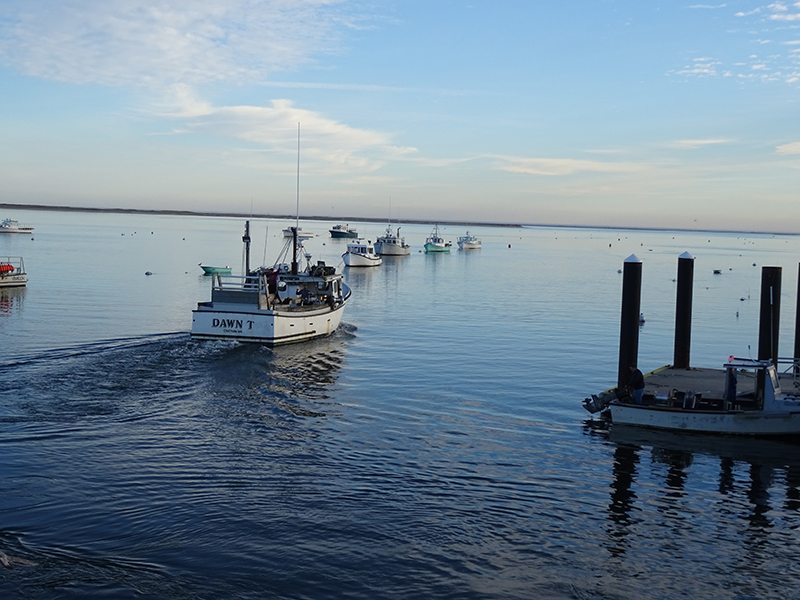 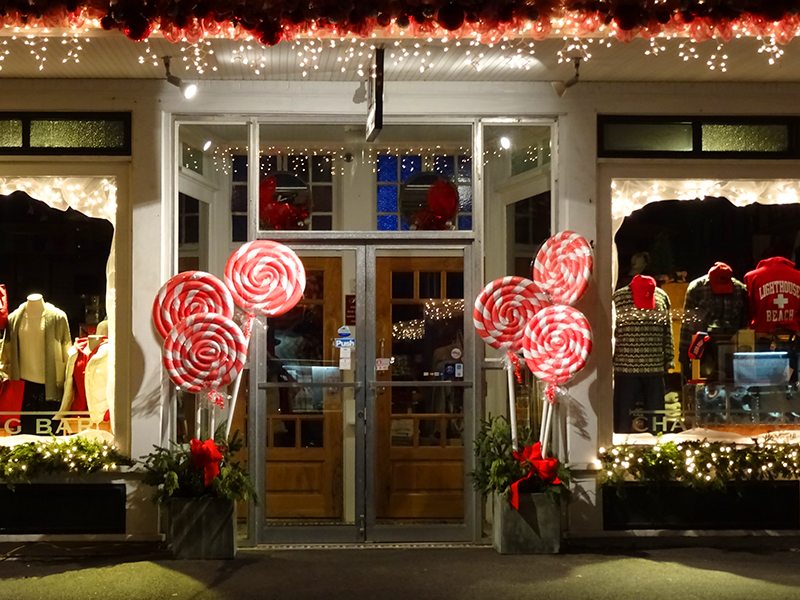 Another Distinctive Inns of New England

Because there is so much to say that is so very positive about the inn, you will need to read more about the other unique and equally wonderful Distinctive Inns of New England in all of the states that we have visited.

The writers were the guests of Captain’s House Inn of Chatham and Distinctive Inns of New England.