The biggest water fight ever is Songkran, Thailand 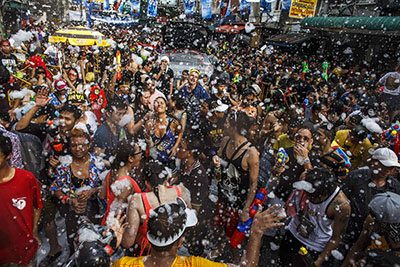 The biggest water fight ever is Songkran, which is held in Thailand and we have been there ….twice.

Songkran is a very significant Buddhist event held in Thailand from the 13th-15th of April. It is the celebration of the Thai New Year. The festivals originated when farmers were waiting for the rains so that they could plant their rice. It is also a time of cleansing and renewal, as well as a time for paying respects to family and ancestors. Initially this was done by pouring “a little” water onto the other person’s hand as a show of respect. Now, it is a full on water fight that the Thai and their visitors engage in whole heartedly. 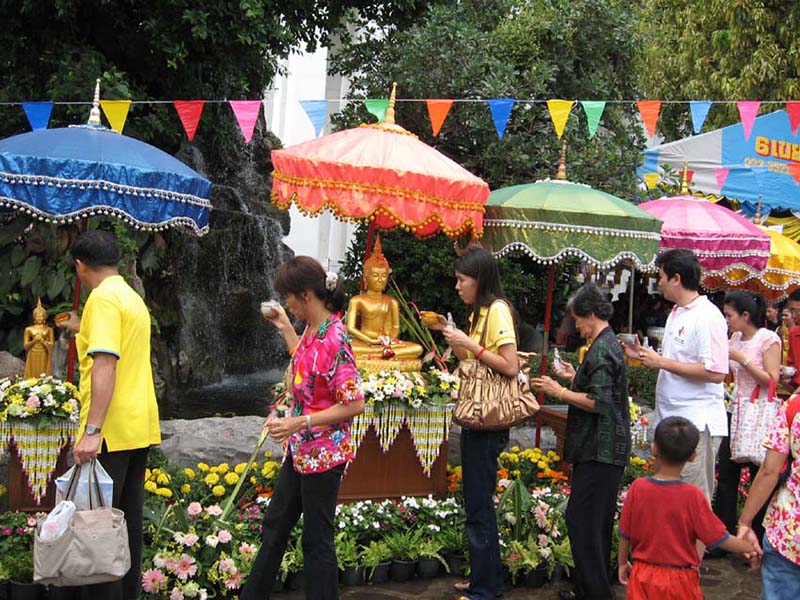 We arrived in Bangkok a few days before and actually were unaware of this festival. All we knew was that we were told to buy the biggest water pistol that we could, as Songkran would start in a few days and that this meant a water fight.The second time we were very aware.

On further investigation we did read about the history of Songkran and its cultural significance. All we know now is that no matter what you read, you will not be expecting what happens. 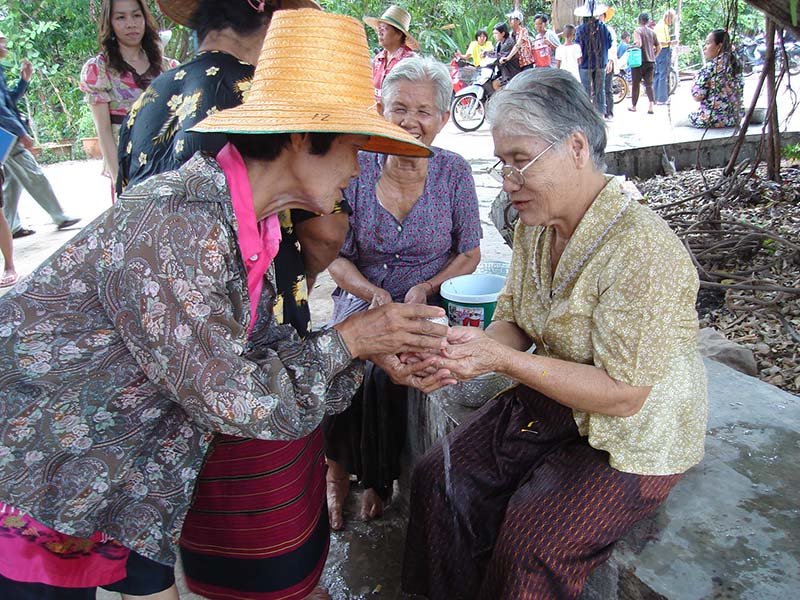 There was indeed a sense of total excitement amongst the Thai and many, many stalls were set up selling the most varied array of water pistols we had ever seen. So we bought some modest ones, as we were unsure as to what to expect and didn’t want to appear insensitive to this very significant festival.

We saw many people heading to the temples to worship Buddha and to give food to the monks, as well as washing images of Buddha. The water factor again. Songkran is such a mixed message. On the designated first day of Songkran, we were leaving our hotel but were sent back to our room by the doorman at the hotel telling us to change clothes, shoes, leave cameras and anything of value behind as we might get a little wet.

What an understatement. Barely out of the door after the change we were bombarded with the first buckets of water. Then we saw all of these huge pickup trucks driving along the streets with large tanks of water on the back, firing at anyone and everyone. People on the streets were firing back. It was full on water warfare. We were totally drenched in no time. People kept running up to us and rubbing white powder on to our faces and bodies. Water and powder make glue. We were told that this was a way to ward off evil spirits and were a symbol of protection. Old ladies were particularly into this and saying things to ward off evil spirits followed by a solid blast of cold water. Ironic – because I am fairly sure that they were a little evil in their intent. 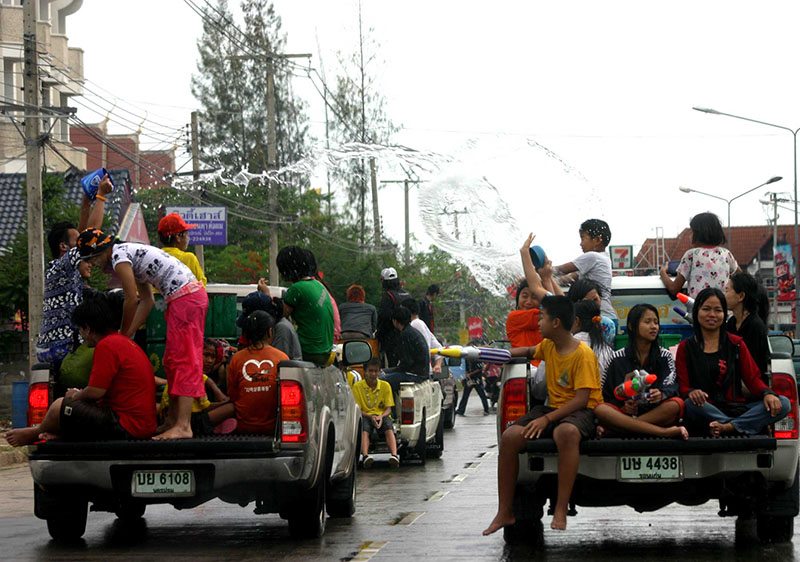 They were playing hard ball, and our water pistols were totally insignificant in this onslaught. The Thai people, obviously well practiced in this celebration, also put ice cold water in their tanks to ensure that we all helped get the rains to the fields. Despite it being seriously hot in Thailand in April, the ice cut through and we dreaded those shots. Old people and young children were all into it. There was an old man sitting outside a bar in a wheelchair. He had 5 guns next to him and a Thai girl kept filling them for him. He was vicious.

The Thai people were so happy as Songkran is really is a significant celebration for them. We knew that it continued for days so we had to regroup in order to be real players. Yes, we got bigger and better water pistols. There was no modesty now. Game on. It was no use washing our clothes as it was just going to keep going. We just tried to get them as dry as possible. The next day we put on our clothes that were stiff with glue and only partially dry, and just a couple of steps from the door and that was it. Wet, white, but armed.

Songkran is the world’s biggest water fight, attracting thousands of international visitors, and we were there…twice.