Exploring the Castle of the Count Ghent – Belgium 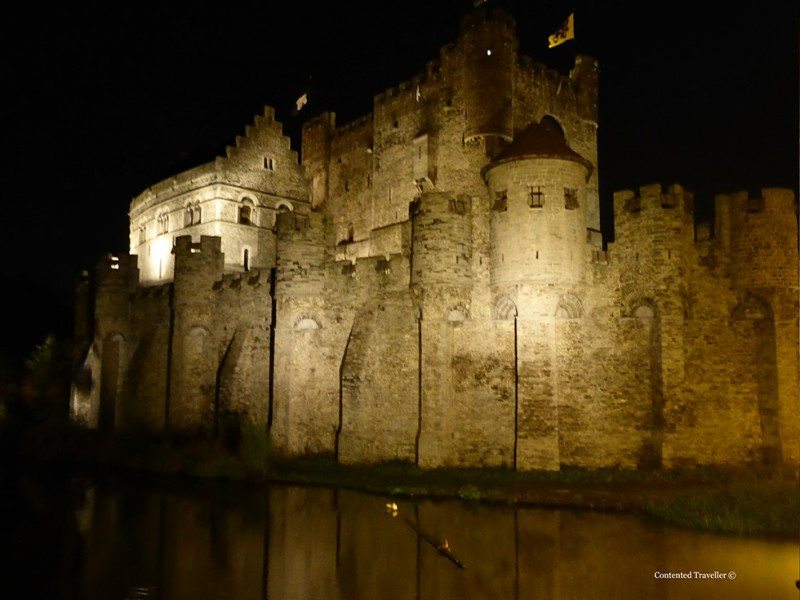 Exploring the Castle of the Count Ghent – Belgium

We had arrived in Ghent, Belgium for a weeks stay and, as you do, went exploring immediately. We started wandering along the cobble stoned pavements to explore this lovely little city. I was on crutches due to a ridiculous broken leg from a skiing accident so was probably looking at the ground to ensure that I didn’t fall over. I heard Gordon say something along the lines of ‘wow’. I stopped, got my stability sorted and looked up. Right in front of us literally stood an amazingly big castle. Right in the middle of the town. To this day Gordon tells everybody that I ran into an elephant literally on a side street in Bangkok (true) and that I ran into a castle in the main street of Ghent. True, but with extenuating circumstances. 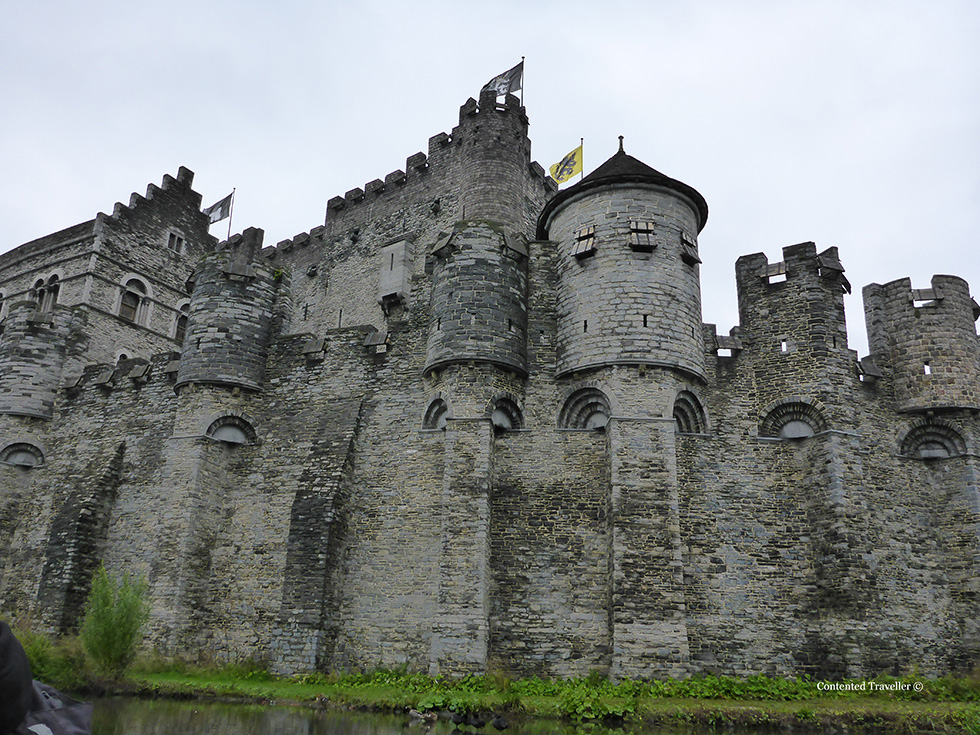 This castle is known as The Gravensteen castle in Dutch but most people call it the Castle of the Count.  It is a medieval castle from the Middle Ages though its restorations make it a sort of Medieval Castle. Regardless it looks amazing in the middle of Ghent and the views from the top are particularly outsianding. 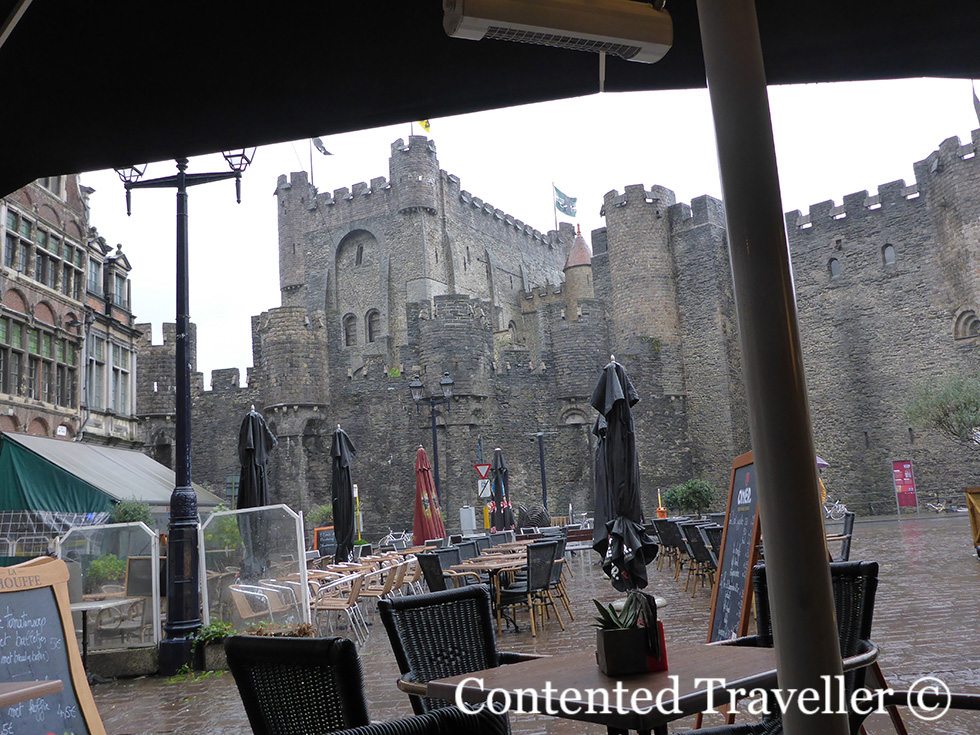 Exploring the Castle of the Count Ghent

The Castle of the Count was built in 1180 by count Philip of Alsace and was said to emulate castles he had seen when on the Crusades. It was his way of showing that Flanders was a force to be reckoned with and his castle was bigger than their castle. Nothing much has changed in these matters.

Originally there had been a wooden buying cialis hong kong castle on the same location, which was built in the ninth century. The castle served as the seat of the Counts of Flanders until they abandoned it in the 14th century. The castle was then used as a courthouse, a prison and eventually decayed. 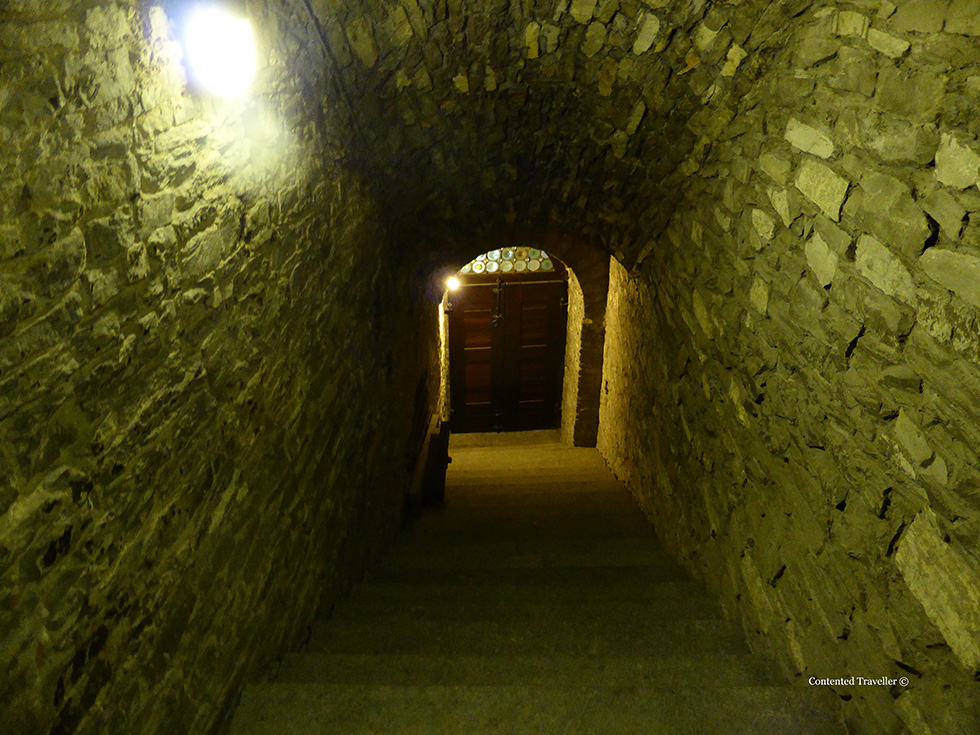 There were houses built against the walls and in the courtyard and the stones of the walls were used to erect other buildings. At the end of the 19th century, the castle was scheduled to be demolished.

However in 1885 the city of Ghent purchased the castle and started a renovation project where the walls and dungeon were restored to their original condition. These were all of the things that we learnt on a tour of the castle.

The renovation that is still continuing has its critics. Gordon for one noted that the spiral staircase was put in the wrong way. Apparently when going down, defenders or attackers needed to use their right hand to flail their weapons. Instead they put the spirals the wrong way round during the restoration work, or someone was having a bit of fun. Knowing now the people of Ghent, this would not surprise me. They have a very sardonic sense of humour. 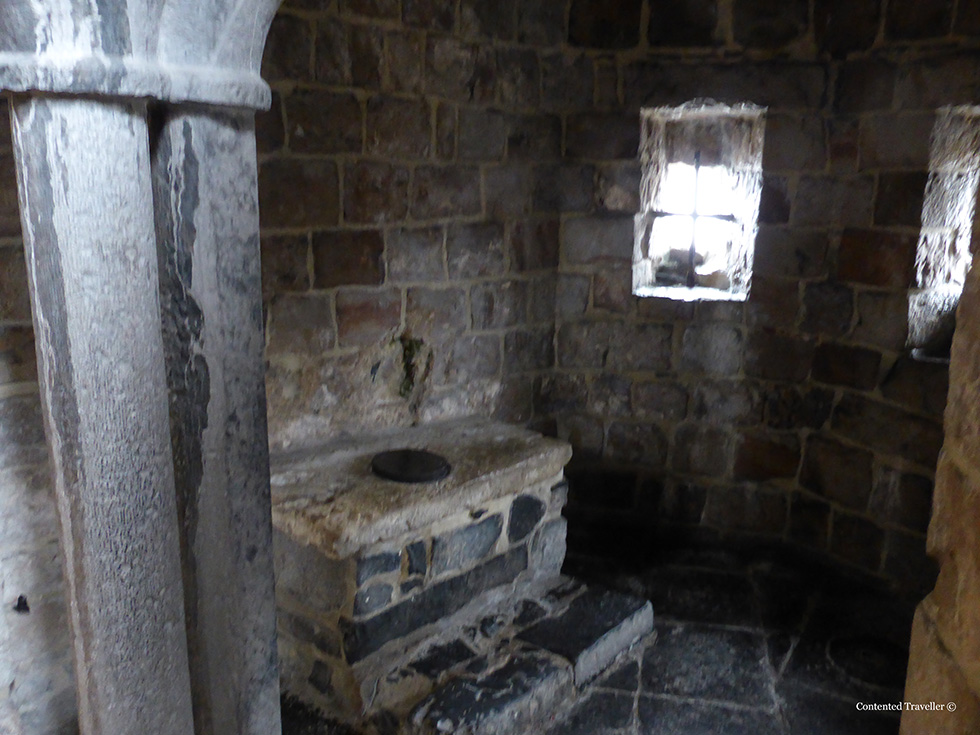 Castle of the Count offers stunning views of the lovely, albeit quirky city of Ghent/Gent and gives good information about the history of the castle from its beginning throughout its various phases. The fact that it sits in the middle of the city opposite cafes and shops means that it is nearly impossible to miss. Unless you are me if course. 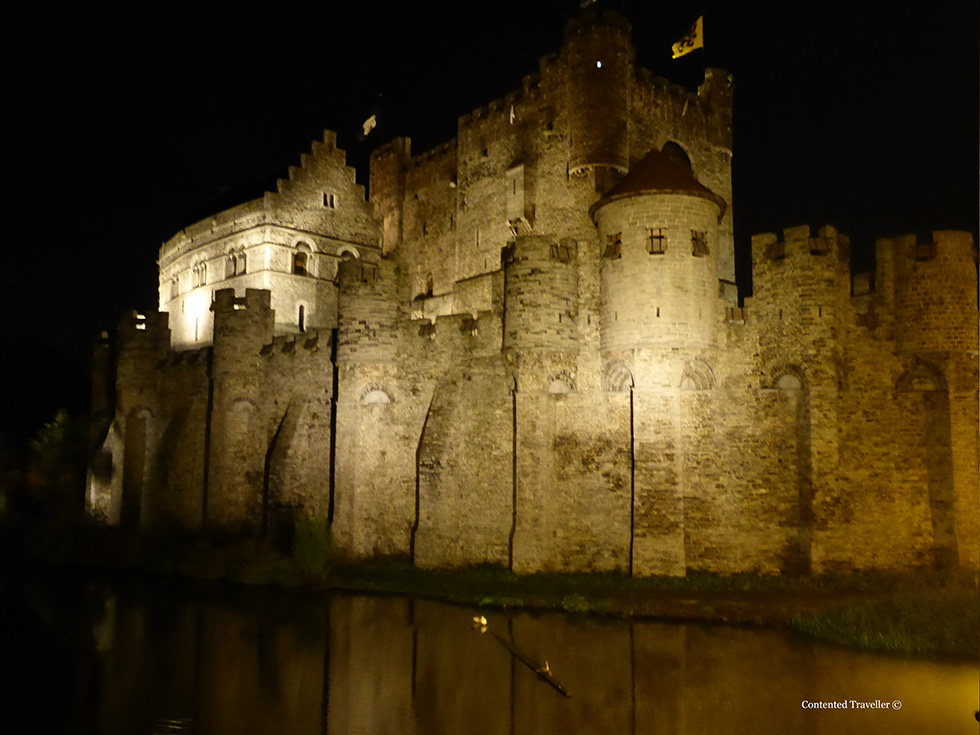