Hoi An, The Yellow City of Vietnam 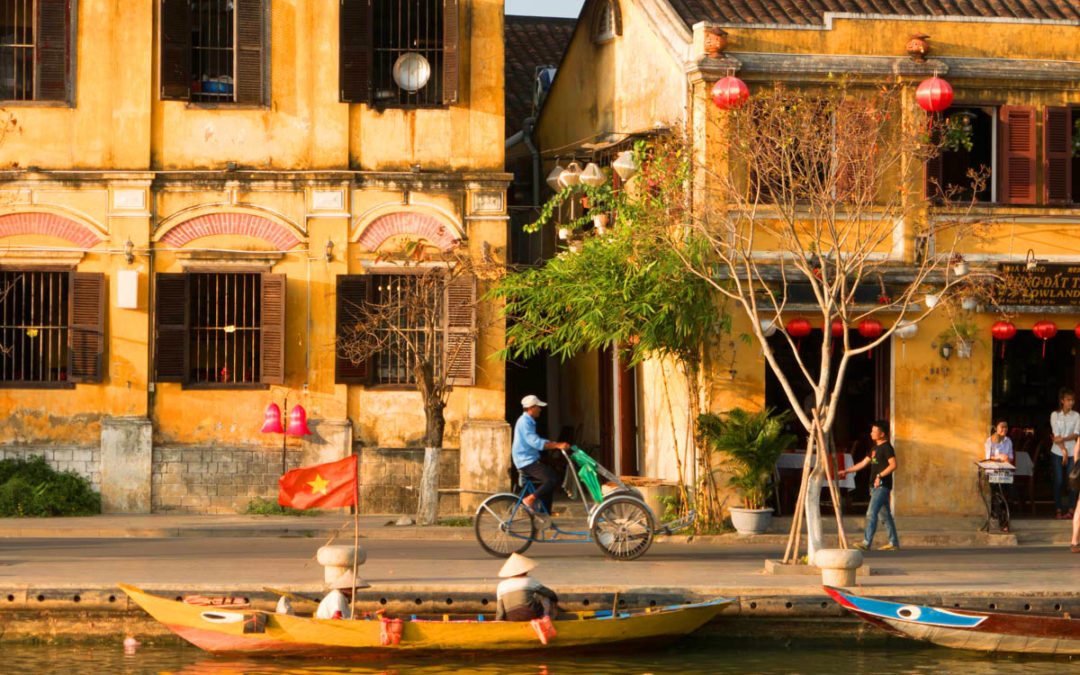 Have you ever you ever wondered why Hoi An is called The Yellow City of Vietnam? I certainly did as we wandered around the golden glow of these striking yellow buildings throughout this UNESCO town. Hoi An is a popular tourist destination because it is beautiful, it has great food, and the tailoring in Hoi An is major draw card. You can read more about what to see and do in Hoi An by clicking the link. 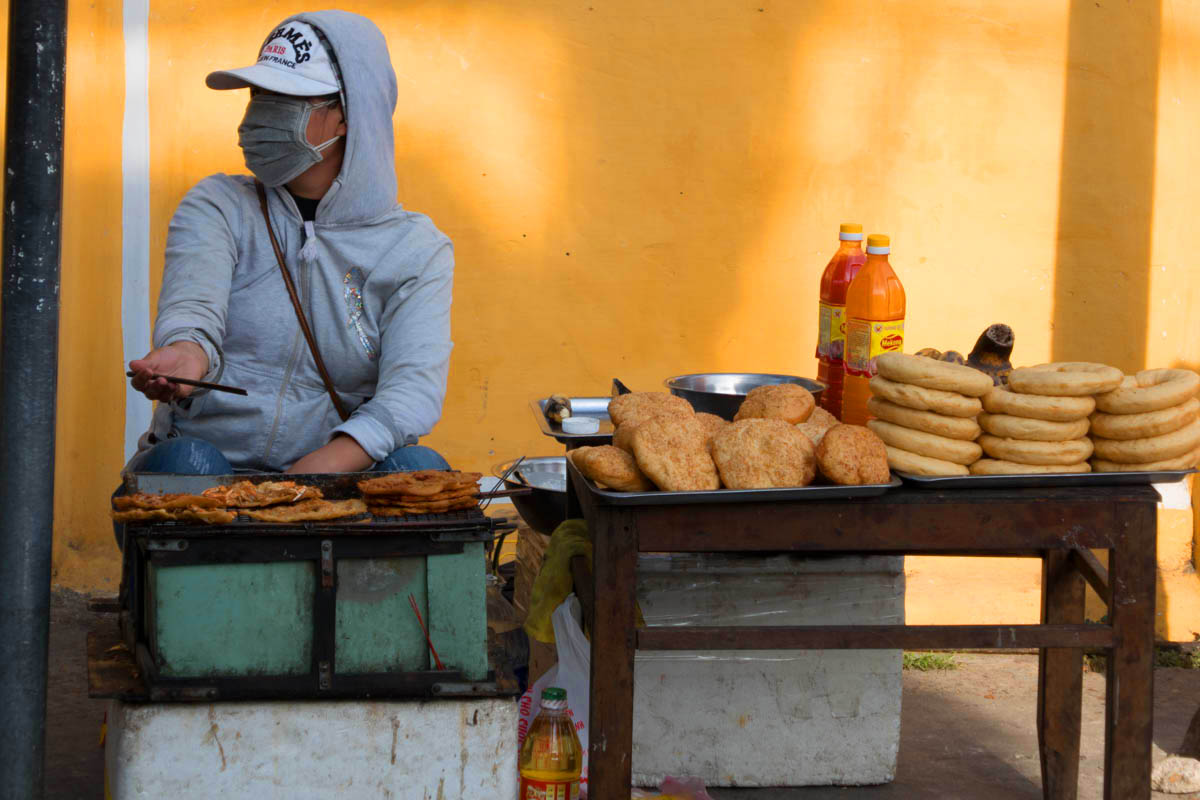 Location of the Hoi An, the Yellow City of Vietnam

The Yellow City of Vietnam, Hoi An is located in Vietnam’s central province of Quang Nam. It was an active trading port from the 15th to 19th century. There is an international airport at nearby Da Nang (40minutes away), and the lively Ho Chi Minh City (Saigon) is a one hour flight to the south, while the beautiful capital city of Hanoi is a one hour flight to the north.

Hoi An, the only town in the country that escaped the war entirely unscathed, leaving many of the buildings from the 16th through to the 19th centuries pretty much as they were. Hoi An is now a protected UNESCO World Heritage Site site, and has become a major tourist attraction, “where time stood still.” 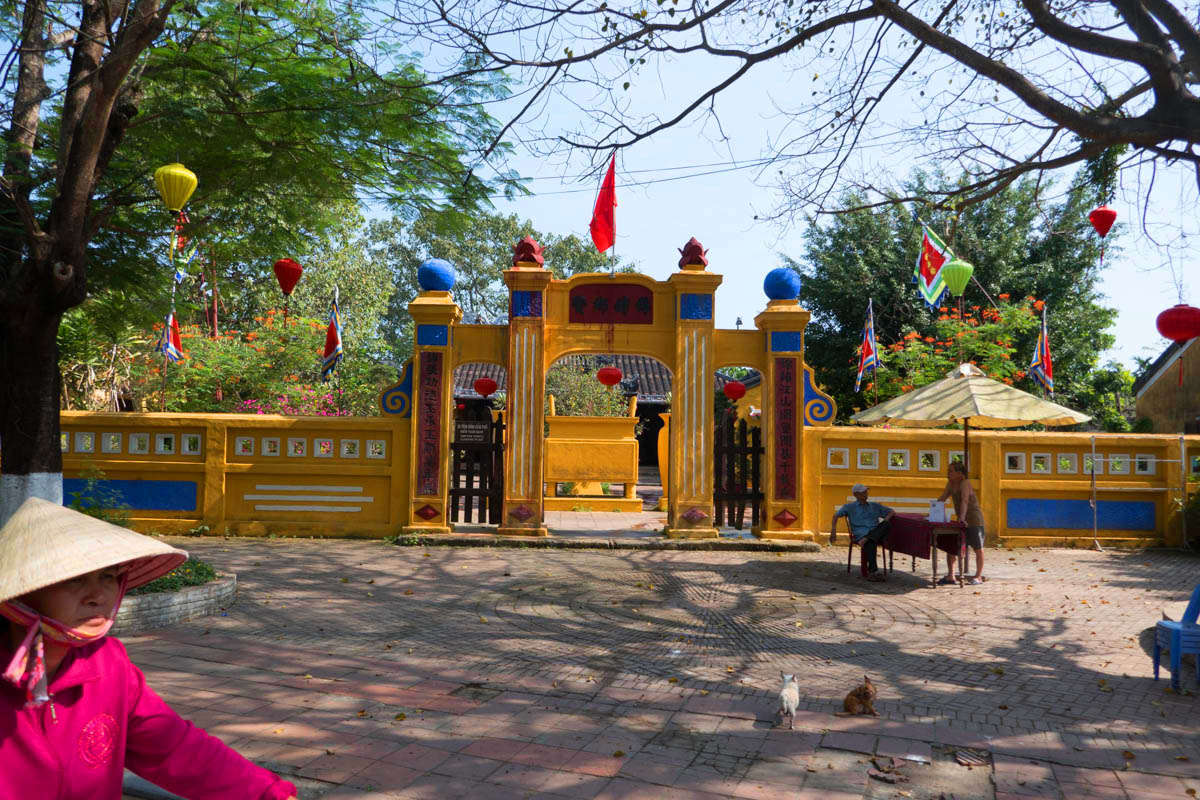 So why is Hoi An known as The Yellow City of Vietnam?

There are a number of theories as to why yellow was and is the predominant colours of this very attractive city in Vietnam. 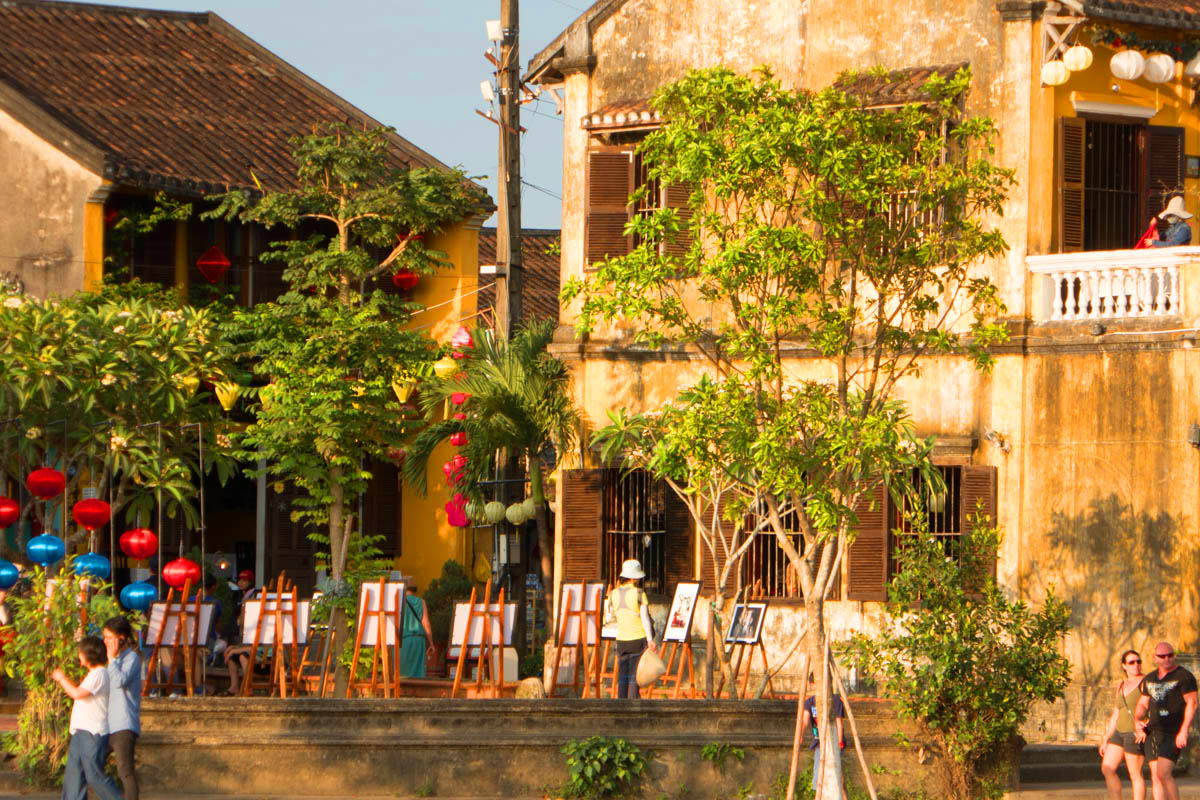 Vietnam is a tropical country, with some extreme temperatures in June and July, particularly. Yellow is a bright colour, and it absorbs less heat. The yellow colour would stop the buildings from being overheated. However, the scientist in Gordon claims that white would have been a better solution, as it reflects the heat. I like the yellow better. Vietnam also gets a lot of rain, and consequently, a lot of moss grows on the buildings. Green moss on yellow looks better than green on white. They have a point. 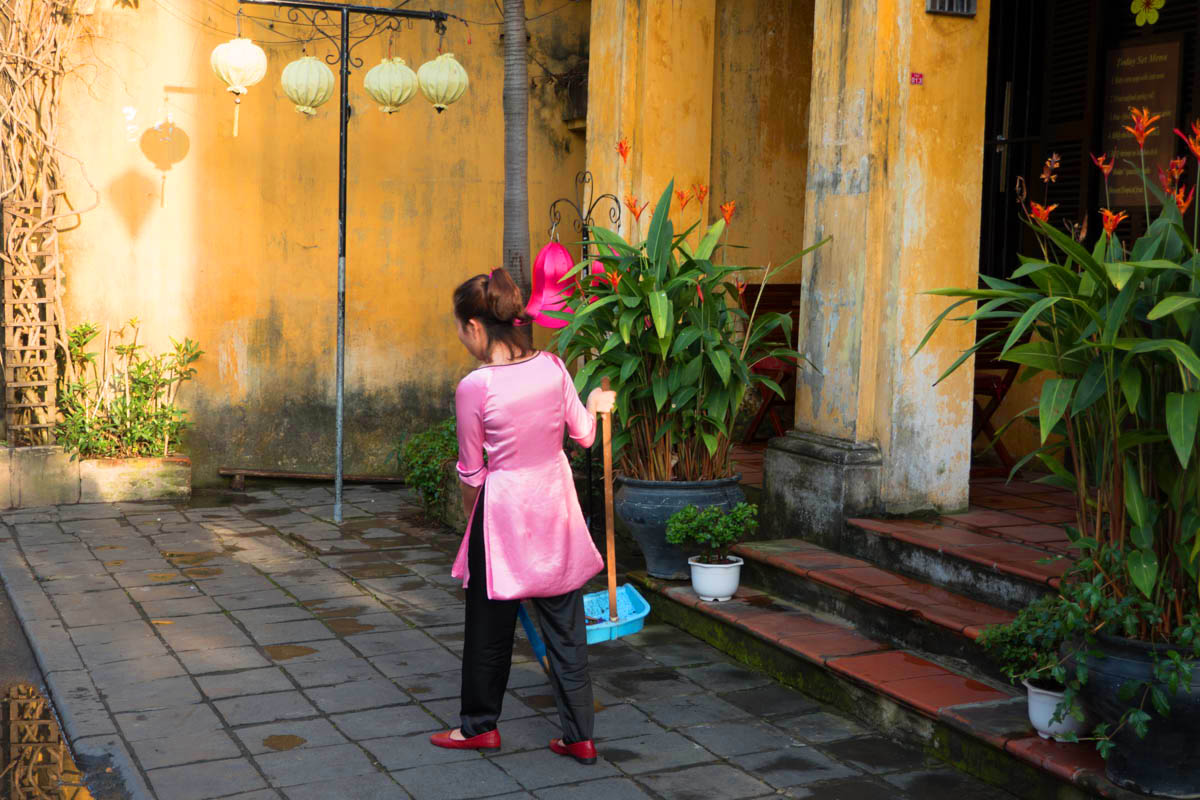 Yellow symbolizes royalty and superiority in Korea, China, and Vietnam…and in France, wand each of these countries has left a tremendous impact on Vietnam. Many temples and traditional Vietnamese shop fronts are painted in different shades of this glowing yellow. Importantly yellow is a highly-revered colour in Vietnamese culture. Yellow signifies wealth, prosperity, royalty, happiness, and change. Source 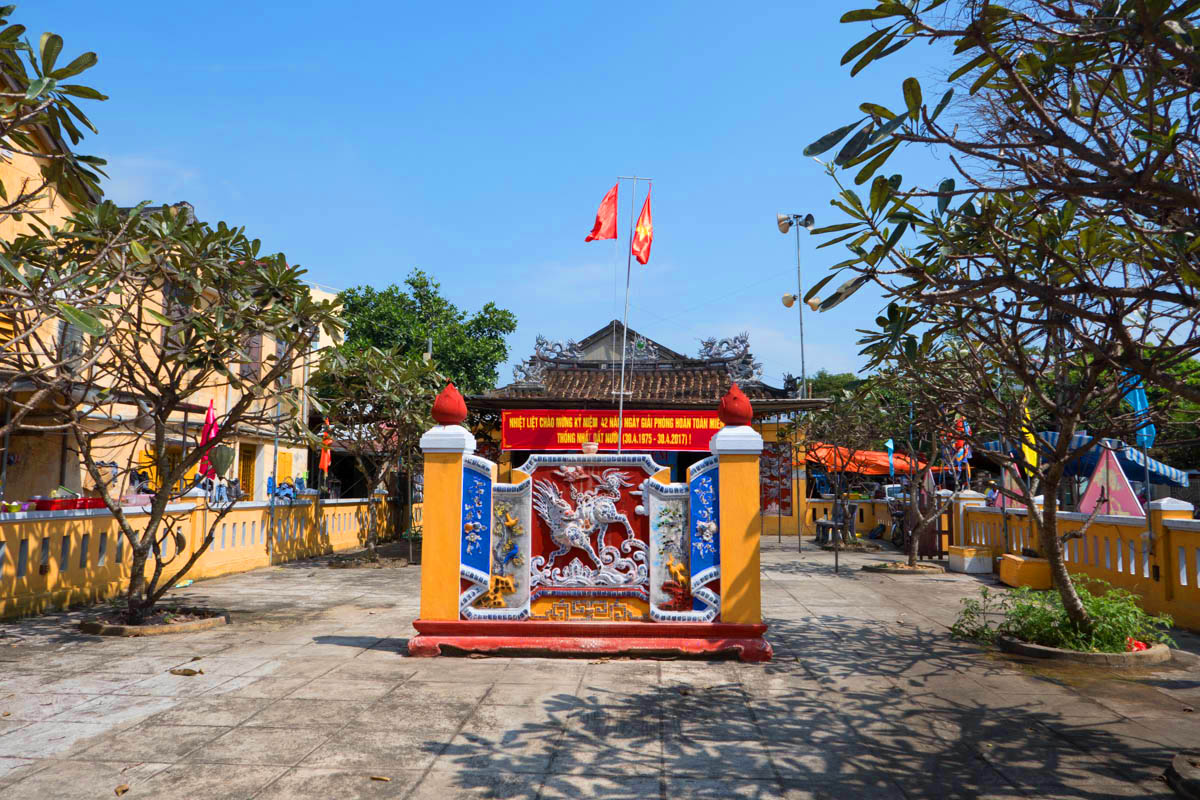 It became very obvious to the local people that visitors were enchanted by the golden buildings on the riverfront and throughout the city. This is what gave Hoi An it’s heritage status in the first place, as well as a city ‘where time stood still.’ Now the plethora of lanterns throughout the city also adds to the appeal as well as the golden glow given out by the yellow buildings. The fact the cua bac church was originally grey but is now totally golden is a nod to the recognition of the appeal of this beautiful city to the outside world. 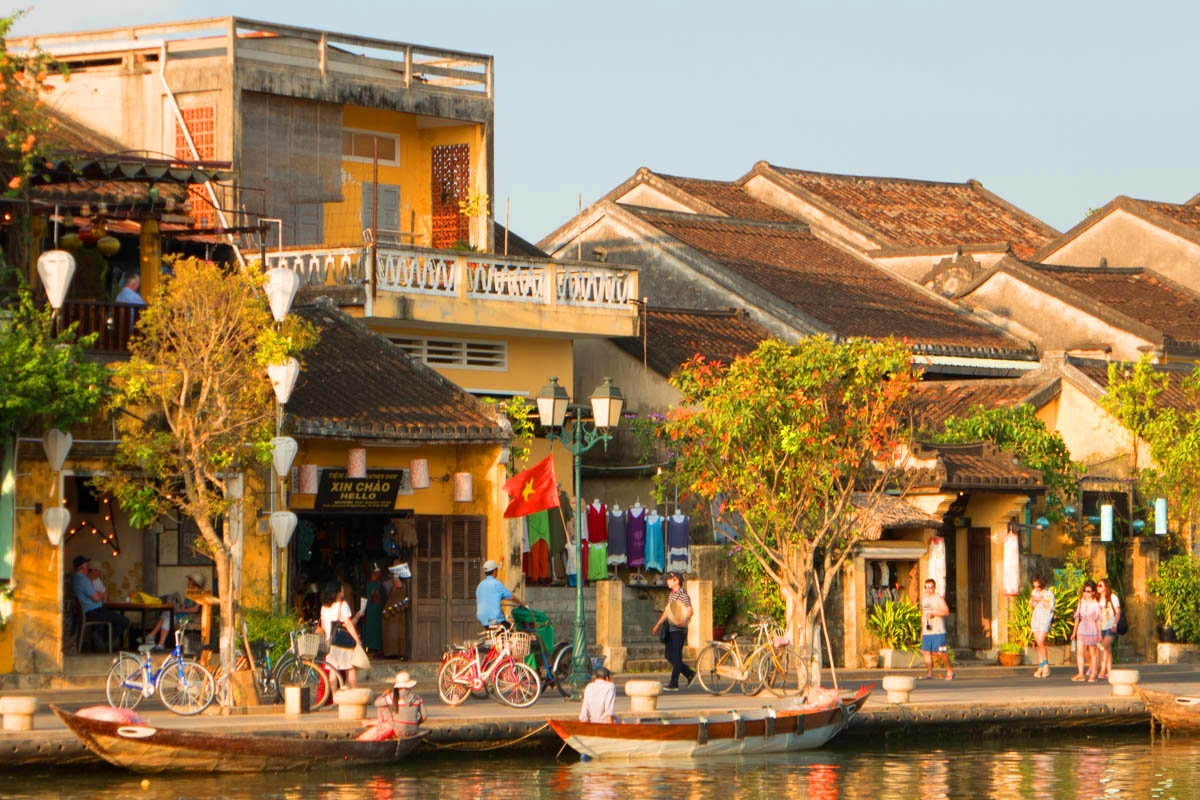 Whatever the reasons, Hoi An, The Yellow City of Vietnam is an aesthetically beautiful city. It is also a city that makes you feel happy as you wander around. 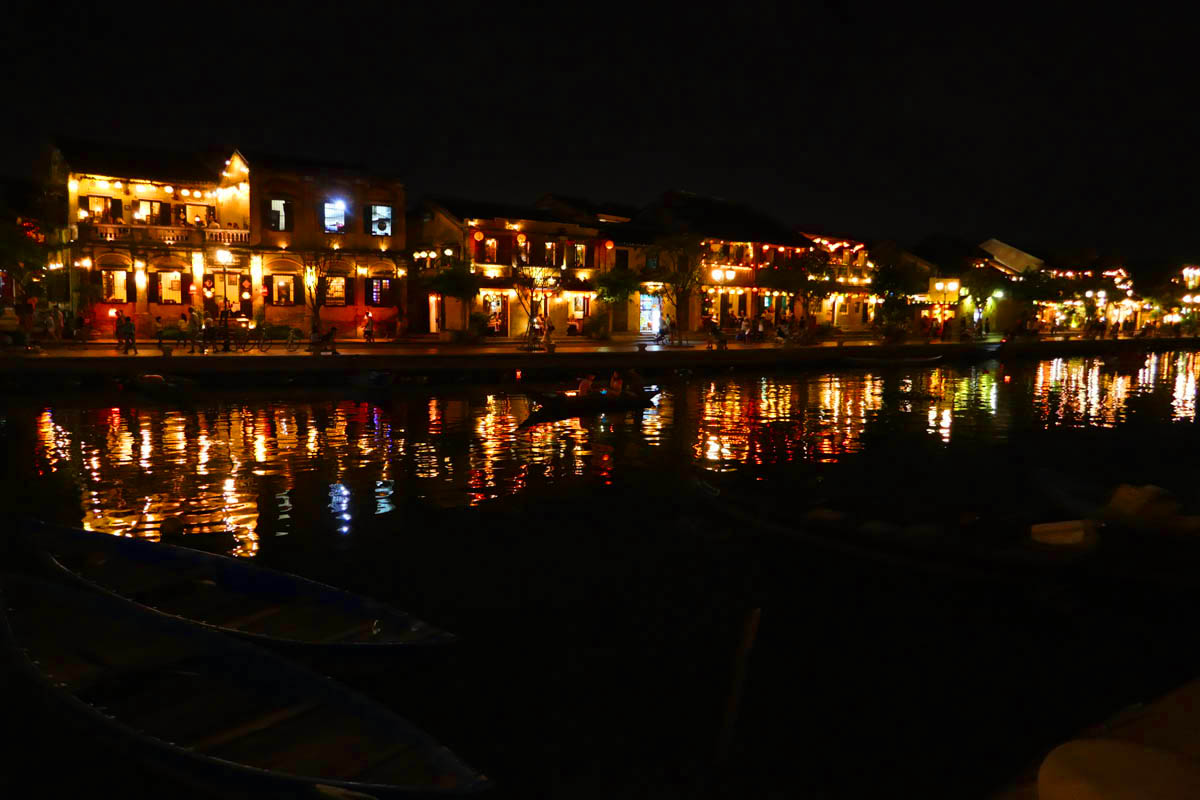 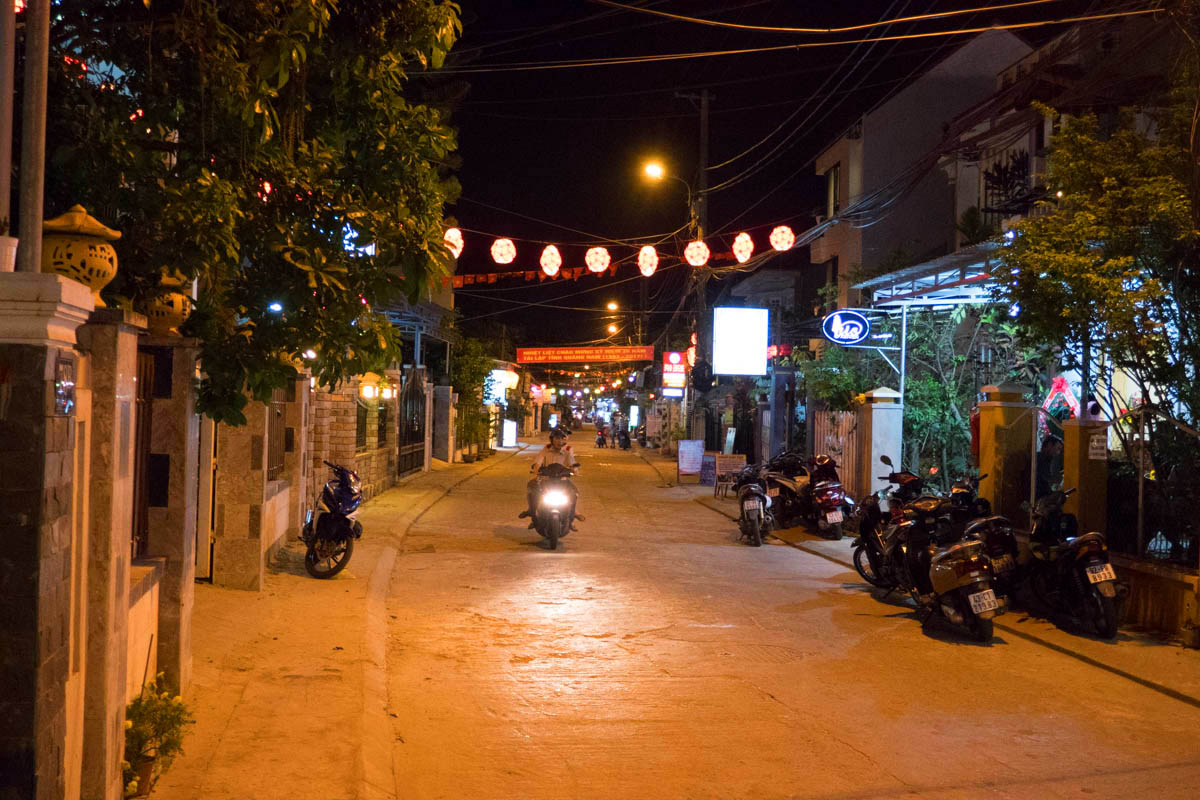