Jet lag, Munich and a party. 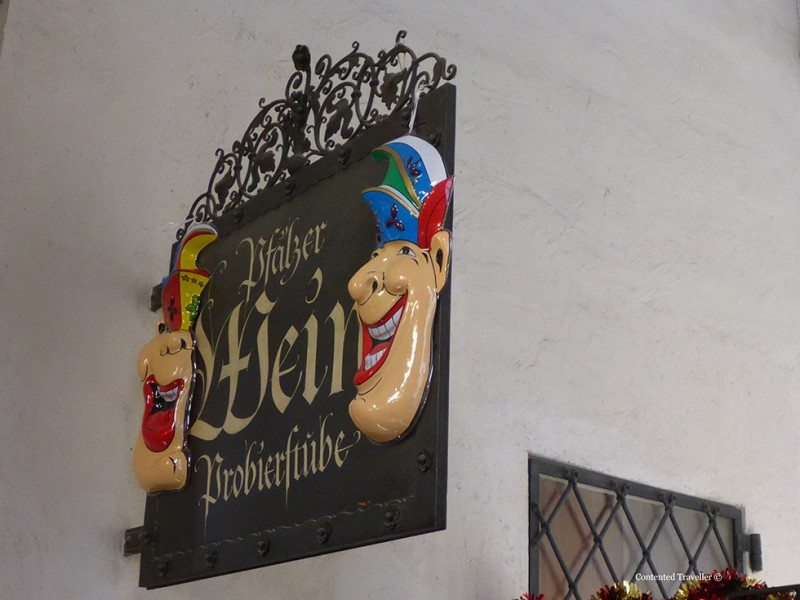 Jet lag, Munich and a party. There are so many surprises when you travel, and that is why we believe in serendipity.

We arrived in Munich after a flight from Tokyo to Lucern and then a quick flight to Munich. On paper, we left at 11 am and arrived in Zurich at 3ish and in Munich at 5 pm. The paperwork lied, as it was a 12½ hour flight plus the 2 hours at the airport before, the 1½ gap until the flight to Munich and then the 1-hour flight plus the 40-minute train trip to the München Hauptbahnhof or central railway.

By my extremely bad mathematical skills, that adds up to nearly 18 hours and three countries. We were just slightly exhausted. When we finally found an exit at the train station in Munich, the town drunks and the sheer filth outside of the station met us. I suppose coming from Japan where everything is so very clean, it was not the welcoming mat that I had expected.

So our first impressions of Munich were not so great but we got to our hotel in a seedy street near the station as we were leaving at midday the next day. The hotel was surprisingly nice and the room well appointed. Not that we would have cared at first, as we were just so tired.

We went to bed at 9.30pm and bingo woke up wide-eyed and bushy tailed at 11.15pm. We figured we would go back to sleep, and we did until 2.20am. Again wide awake. This was when we got to appreciate our room. We had a coffee, a shower and then about 4 am went for another try. We made it to 5.30am before our eyes shot open.

That was it. We were never going to beat this. We decided to go out and explore this city and see if it had more to offer than what we had first seen. So we set out a 6 am. 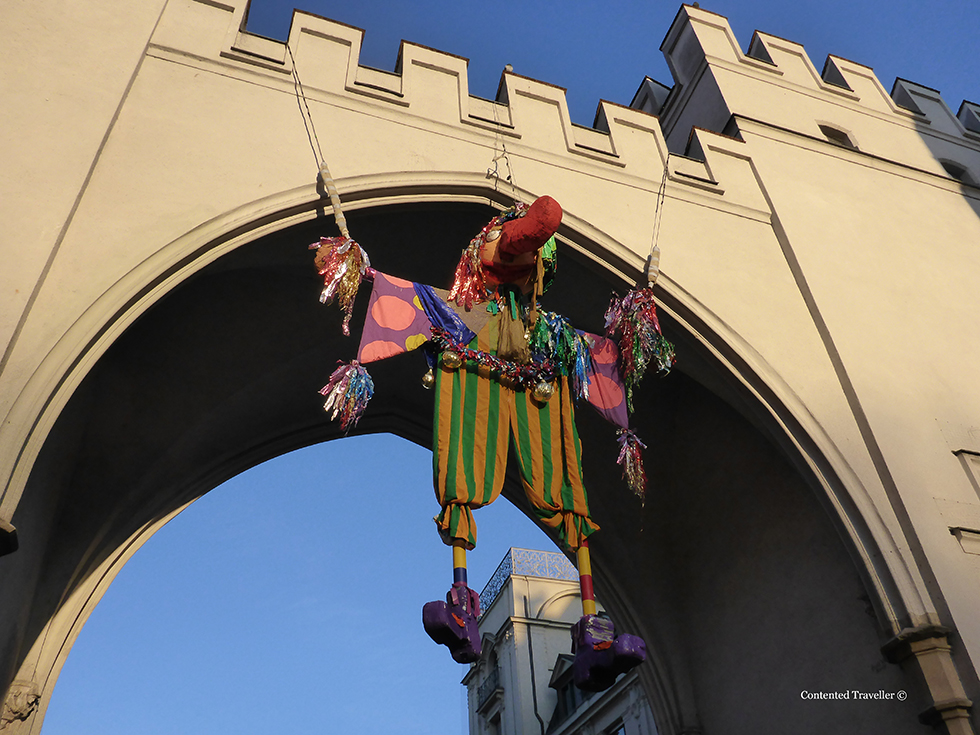 The same or similar drunks met us outside as the night before, so I guess that they are a permanent fixture, through unfortunate circumstances. We walked. As we walked things started to change.

The architecture for one was overwhelmingly beautiful but it was more that that. This city of Munich had peculiar written all over it, with confetti strewn over the cobble stoned streets and the tram tracks and the bizarre sculptures and carnival type atmosphere enveloping us. We are talking now about 6.30am and we are talking cold as we are trying to work out this city. 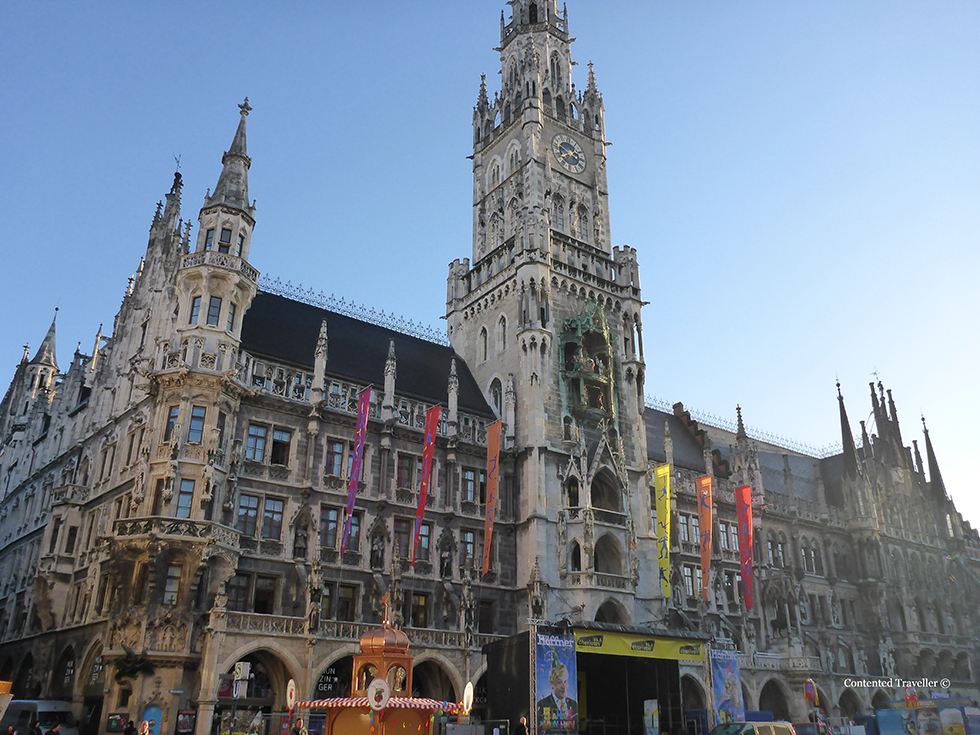 The more we walked, the more we saw and the more we started to like really this place. The people were waking up and setting up their stalls in Viktualienmarkt. This is more than a farmers market, as groups gathered to have freshly squeezed juice, which seems to be very popular. There were groups of locals drinking coffee at various stands. We walked along a butchers street and saw them making the famed German white sausages, and there were more bakeries and cake shops than we have seen before. People were calling out to one another and laughing. People nodded and said good morning; people smiled – it was just a lovely time, walking around Munich. 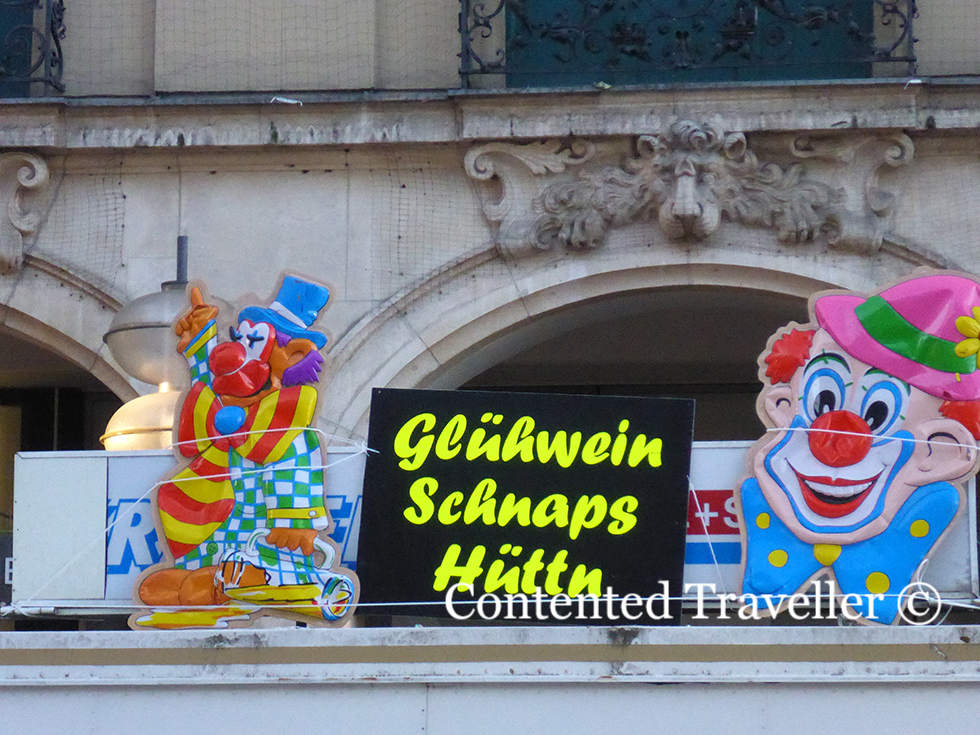 Munchen or Munich was certainly beating any jet lag because this quite crazy town excited us. We wandered through Marienplatz and were amazed at all of the stalls with quite a street party feel despite the early hour, mixed with crazy stalls which were opening AND serving beers and gluweins. Hypocritical as it sounds, this was totally different to the people outside of the station who were not in a happy zone as these people were. We wandered little side streets stumbling upon museums and beautiful buildings and still there was this aura of excitement, of a happy and happening city. There were dirndl and lederhosen shops next to gay S&M designer outfits next to quaint little stein shops. It all worked, from a cursory perspective. 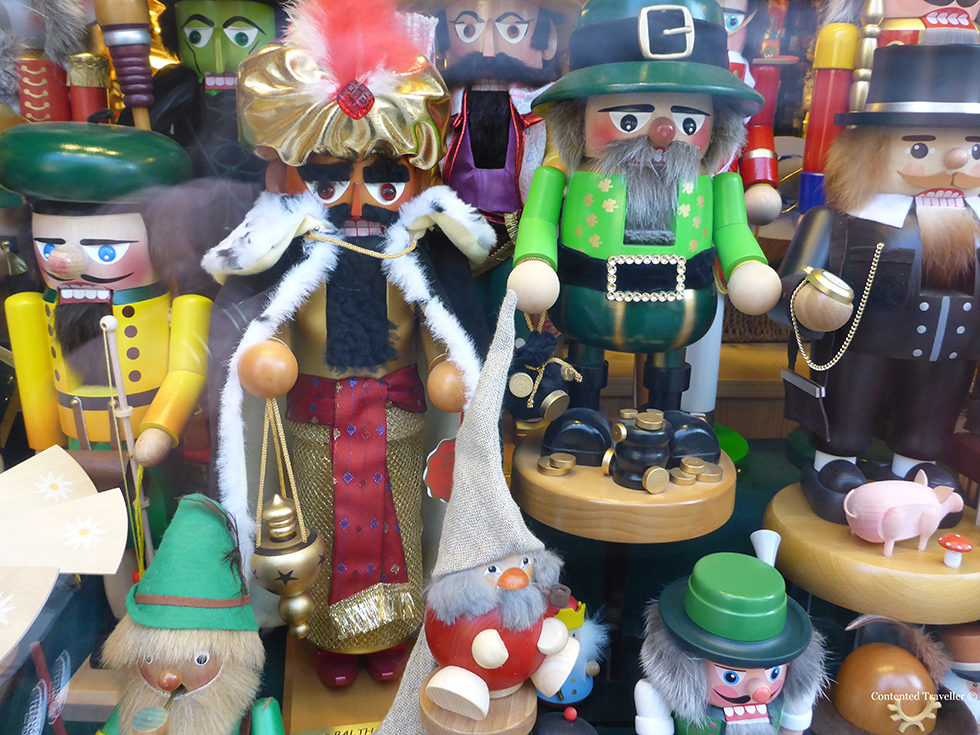 There was a shrine to Michael Jackson set up around a statue of 16th century musician Orlando di Lasso. Apparently because the authorites refused to set up a real shrine the fans made one of their own opposite a hotel he favoured in Munich.  The outline of the body of murdered Eisner, a socialist journalist who organised the Socialist Revolution that overthrew the Wittelsbach monarchy in Bavaria in November 1918 is found on the pavement with flowers and ribbons marking the spot. Certainly an interesting city. History butts heads or sits comfortably against pop culture. 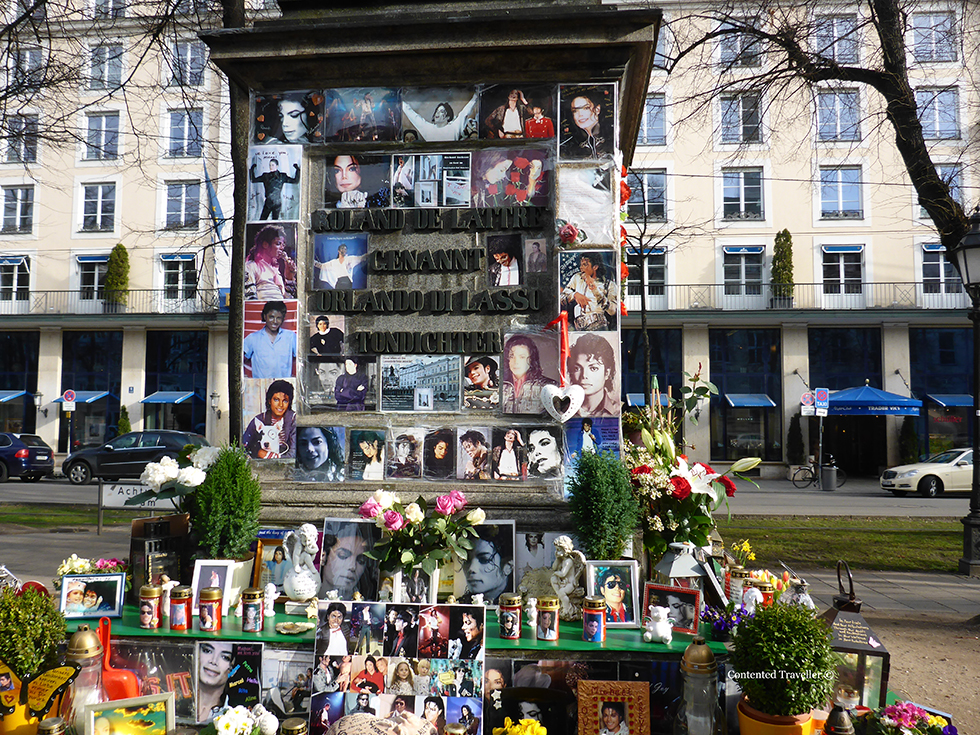 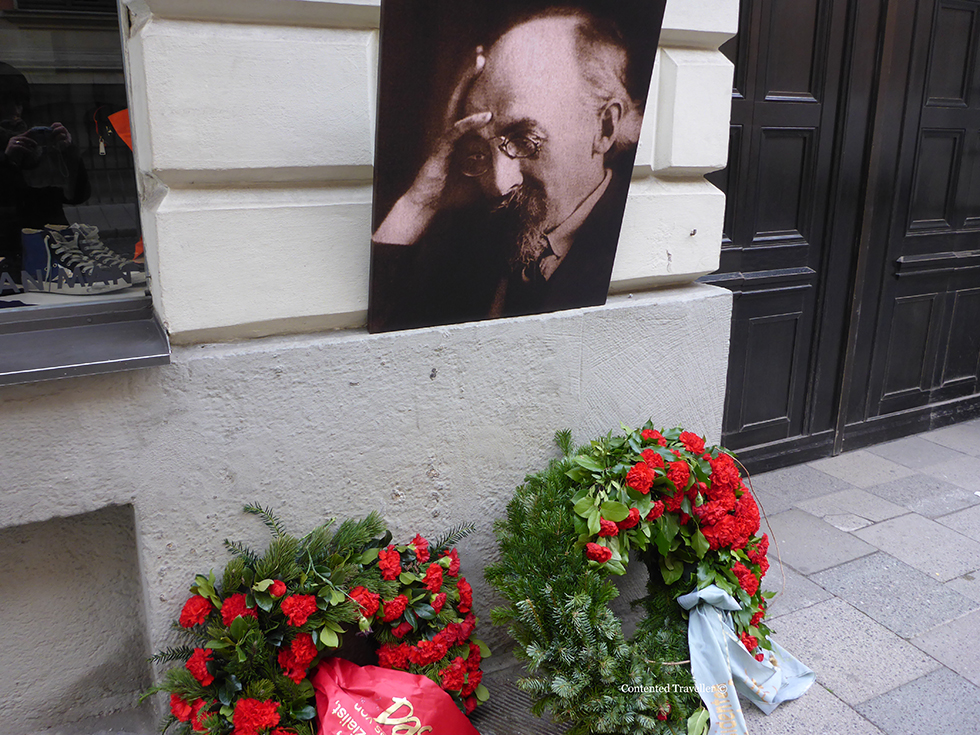 It was only later in our voyage that we were told that the party atmosphere was a celebration called Fasching. I had done very little research on Munich before our trip, knowing that we had only a few hours there and thinking that we would just wander. If only we had known, we would have stayed there longer.

This is the story. Catholics around the world celebrate Mardi Gras with different types of carnivals, traditional festivals, and all-night parties. I question whether Catholic authorities endorse the wonderful Sydney Gay and Lesbian Mardi Gras! In Munich, they celebrate it in big style and call it – Fasching. The word means Carnavale. This is a pre-Lent celebration before they have to behave themselves perhaps. I haven’t been to Munich before but would love to hear what others think of the town out of party mode. We will be going back ourselves to find out definitely.

The pedestrian area in the city center around Marienplatz where we were walking has been turned into a gigantic open air party zone with live music, fancy dresses and dancing. This accounts for the confetti, the funny mannequins hanging under arches and off the walls of the beautiful buildings. It also accounts for the happy people we saw with bizarre costumes and crazy makeup. We thought that we might be od’ing on jet lag, but there was, in fact, a logical explanation. 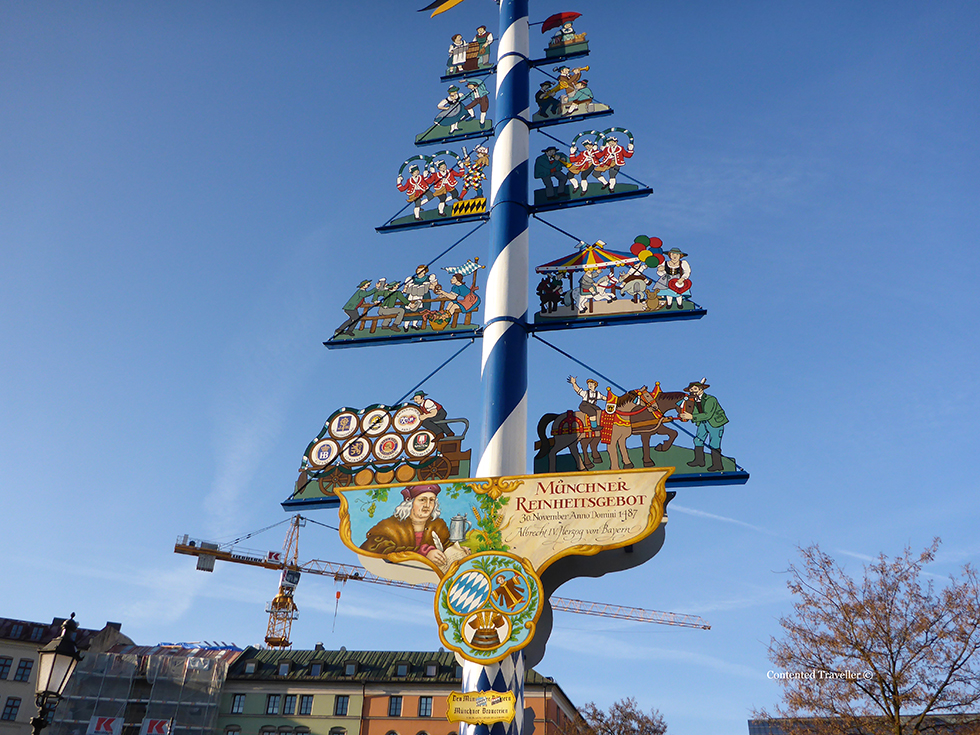 Fasching goes right off from 2-4th March. We came to Munich late on the 2nd and didn’t explore that jet lagged night, but had our wonderful 6 hours on the 3rd March and saw just a piece of the action. Bugger, bugger, bugger. We would love to have stayed and watched it in full swing amidst the stunning backdrop of the old and the new buildings, the performance art, and the food.

Imagine going to a full on party while being jet lagged in a really peculiar city. Munich we are coming back and will even arrive by train, as we were so impressed with your Joie de vivre.