A Walking Tour of Munich

These are the top 10 places you must explore on A Walking Tour of Munich. Walking in Munich in the early morning is a great experience. Munich is such an intriguing city to watch wake up. Munich is the capital of Bavaria, and is home to centuries-old buildings and numerous museums, and of course the famous Mitteleuropa beer halls, the Oktoberfest, and a lot more. It is one of those cities that we are definitely returning to. 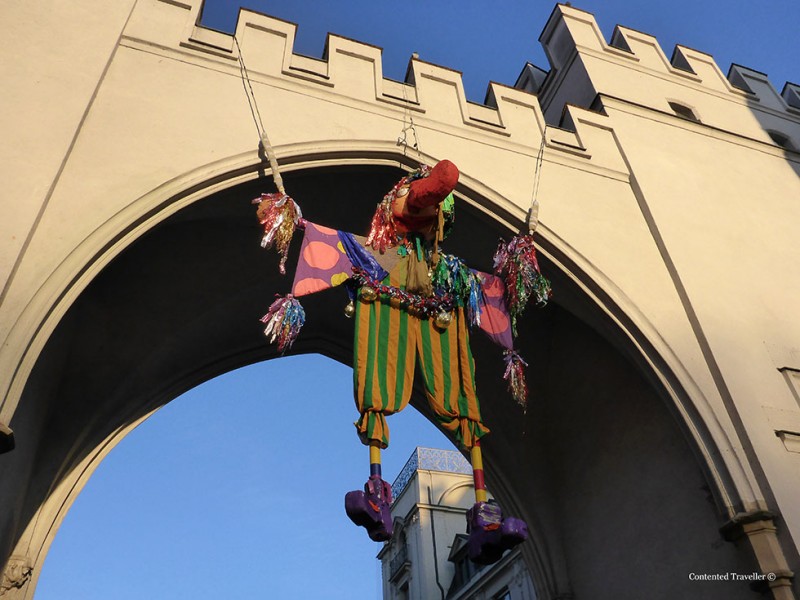 Watching a city wake up in the morning is one of the things that we value a lot when travelling. We found Munich to be charming; to the point that is definitely a return visit city. It is architecturally stunning and the city appears to have a cheeky laissez-faire attitude.

Despite being a city, it has a small town feel about it as we wander past beer and food halls, unusual and usual sculptures and also past some of the very stunning architecture of Munich. 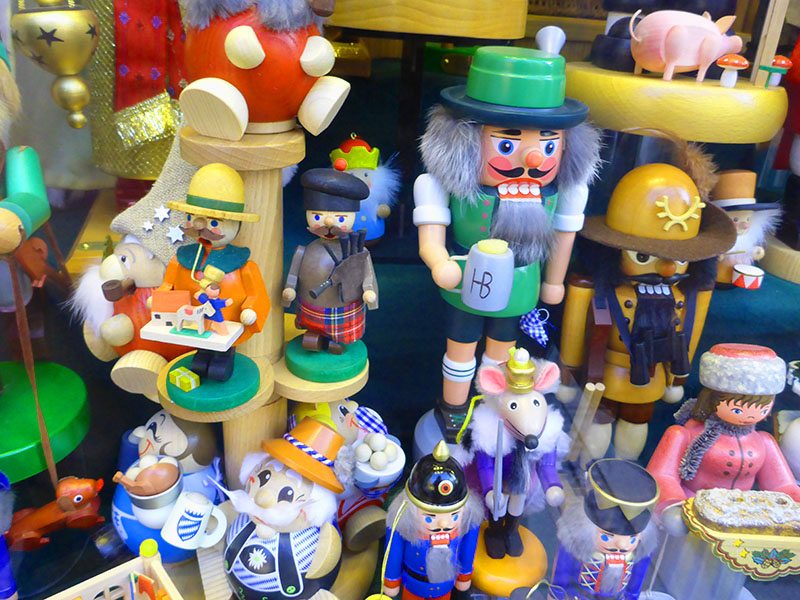 Our Walking Tour of Munich is easy as the city is flat. While we took 5 hours it could be done in a few. We just like to stop al lot. Getting lost is easy too, as we didn’t have a map, however, there are some landmark buildings that you can reference, so that you never actually feel totally lost. 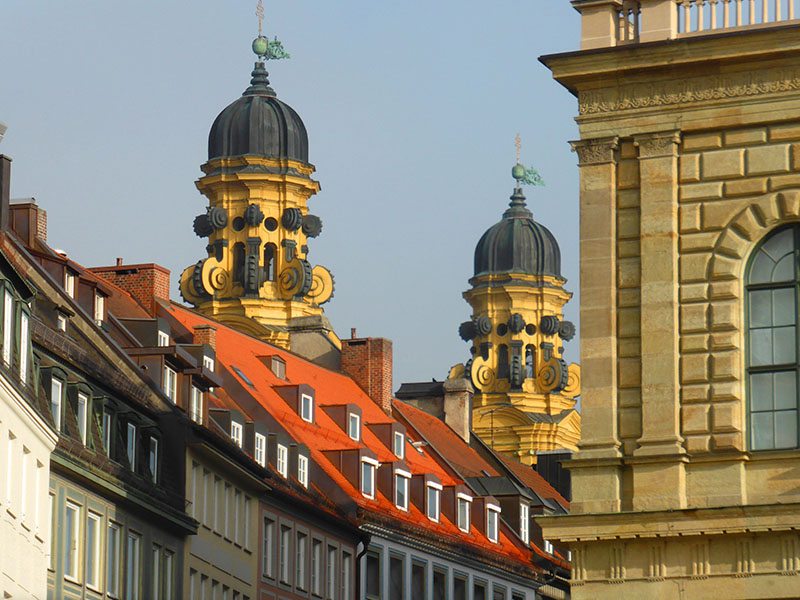 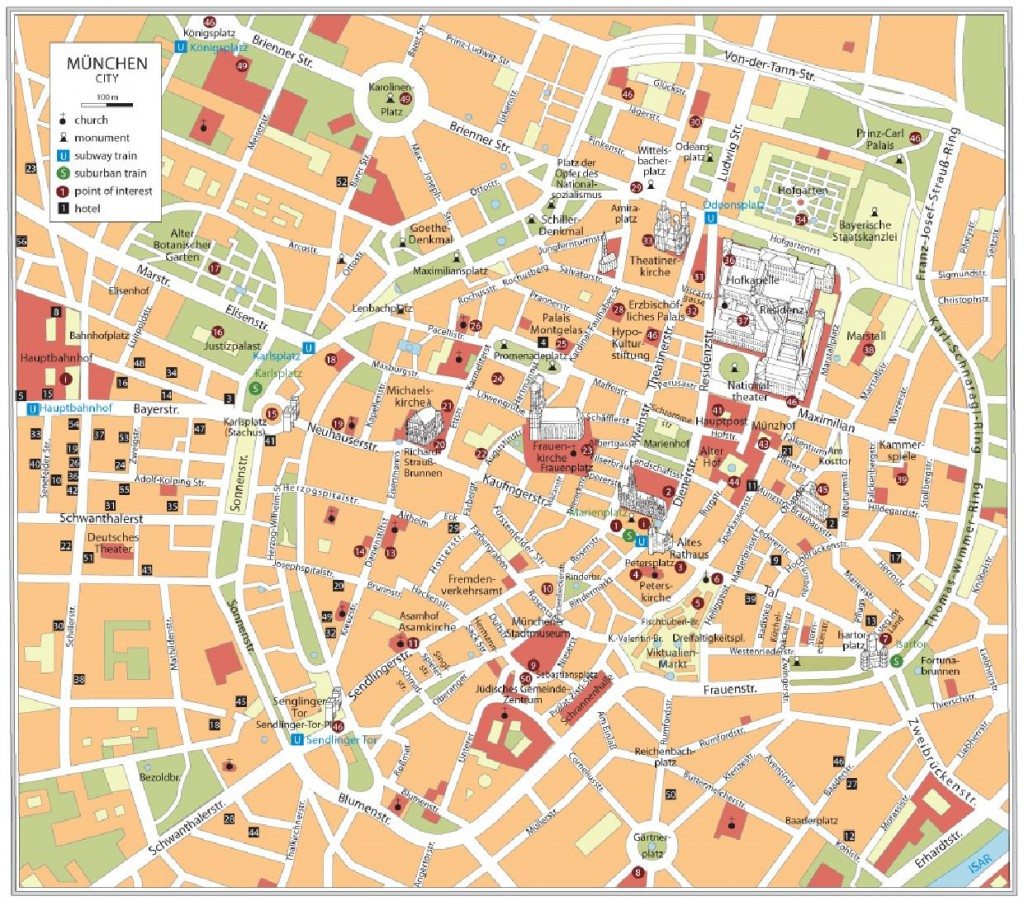 1.The Historic Centre on your Walking Tour of Munich

While we have outlined some grand architecture on the walking tour of the historic centre of Munich, it is those unusual and unexpected things that we discovered that gave us the sense of this place. We saw humour, wit and cheekiness in sculptures, street art and the people themselves.

Despite massive bombings, these towers escaped Allied bombardments during World War II. They now serve as landmarks on Munich’s skyline and are a great way to ensure that you don’t get lost.

The main square Marienplatz is where you will see the New Town Hall, or Neues Rathaus is an immediate winner with its gargoyles and statues, and what we found amusing was the dragon climbing the turrets. 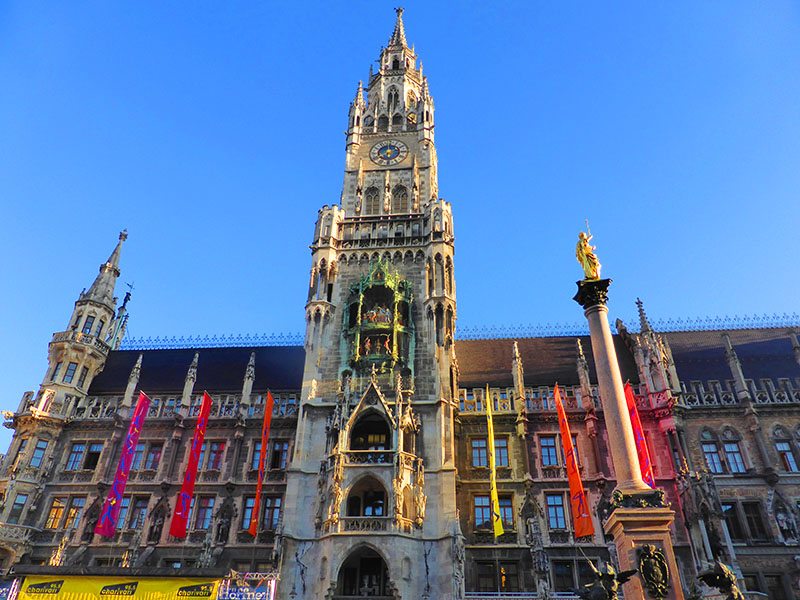 Also, you will see the golden statue of the Virgin Mary. The famous Glockenspiel, the mechanical clock that performs a show several times a day is definitely worth a look as well as it is visually unbelievable and highly entertaining. The Old City Hall or Altes Rathaus, which was rebuilt in its present form in 1470 after fire destroyed an even earlier version, is also here.

This church’s interior is baroque stunning, with its stucco and gilt. This is the oldest parish church in Munich, and for many years, it was the only one. 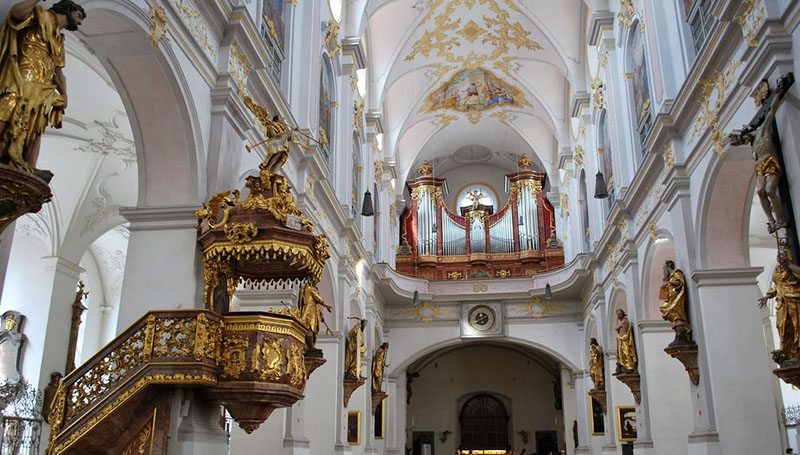 Known as “Munich’s stomach,” this is a very buzzy place where you can see all of the stalls set up with the fresh produce. It is easy to stay here a while ..and ..eat and watch the people go about their daily lives. 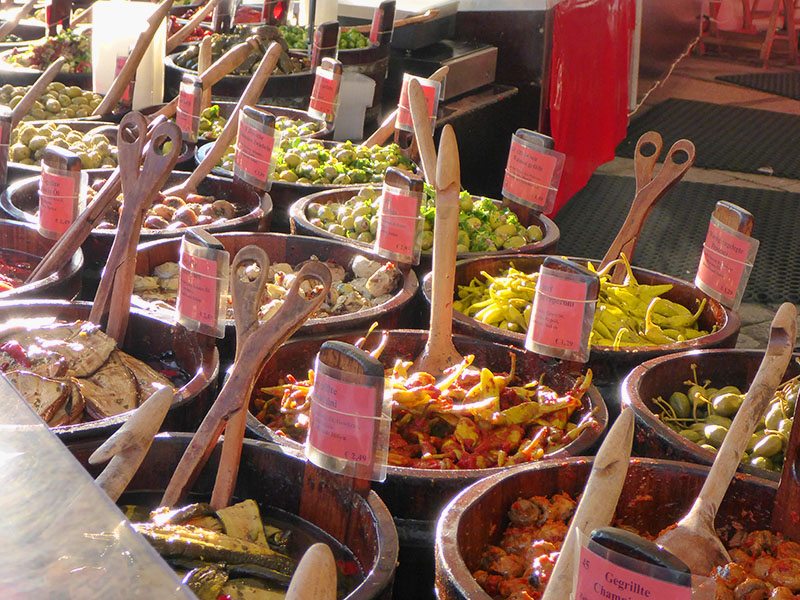 This plaza was built in the 19th century on the site of a Franciscan convent in honor of Bavaria’s first king. It is a focal point for the Maximilianstrasse – a very chic boulevard. 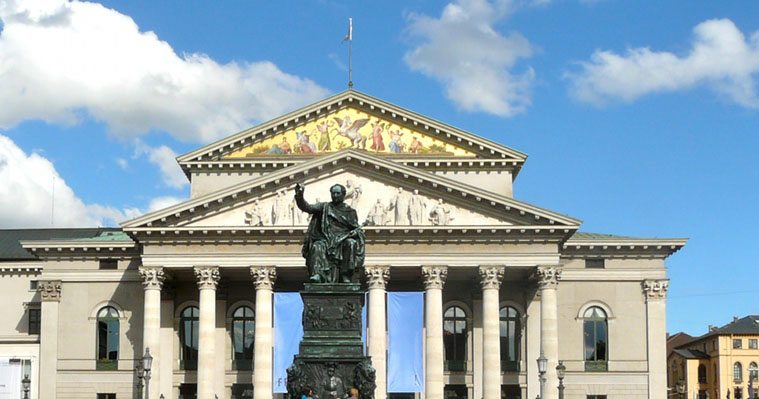 This is an open-air loggia. The two lions on the steps are the work of a sculptor, Ruemann, in 1906. This was a rallying point for the Nazi’s and where the Beer Hall Putsch took place. 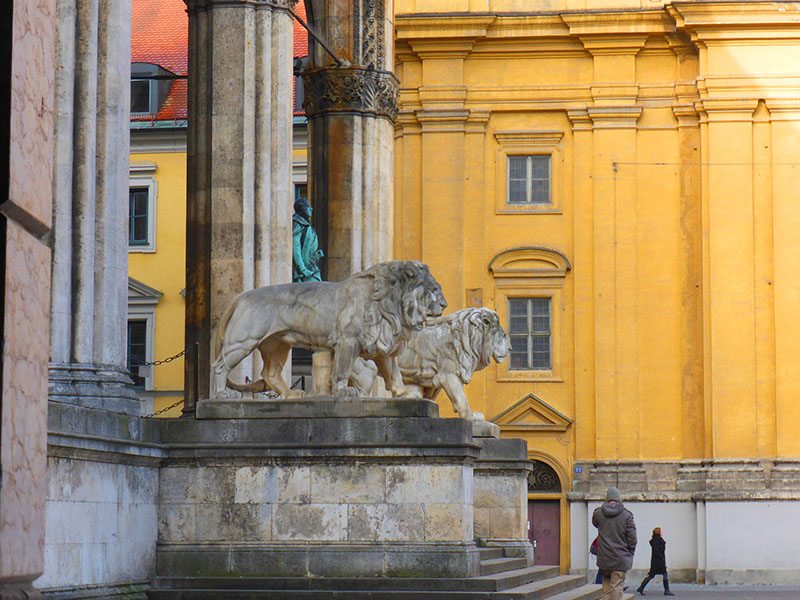 The Odeonsplatz is a large square in central Munich. The square is named for the former concert hall, the Odeon, on its southwestern side. Here you will find lots of fountains and cafes. 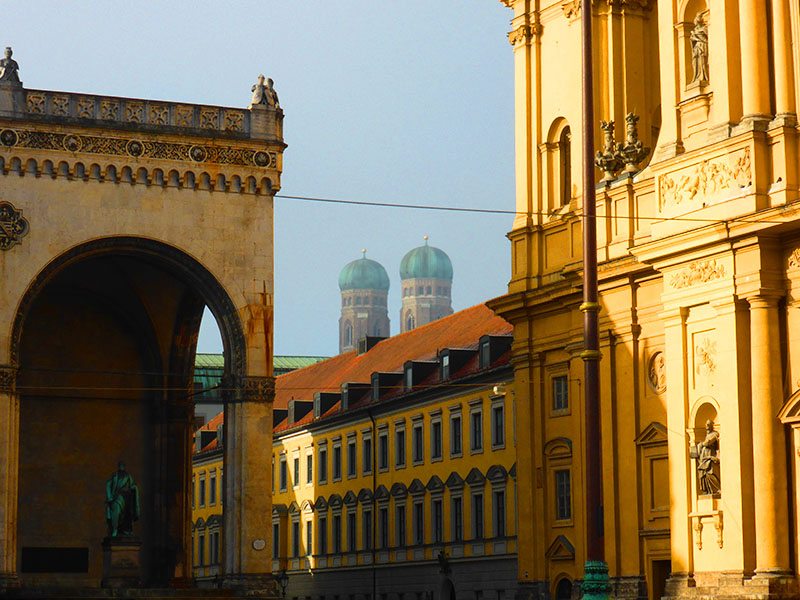 This is a lovely garden right in the heart of this city/town. 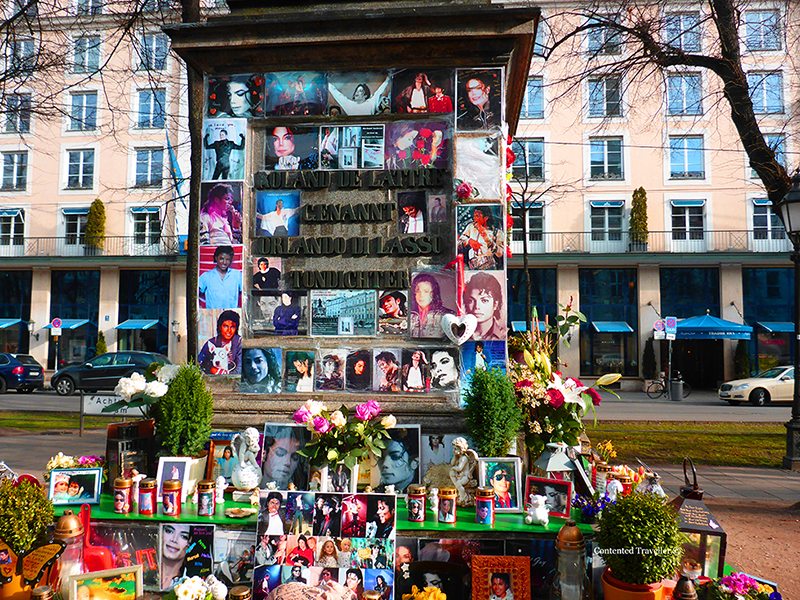 This is one of the most famous squares of Munich. 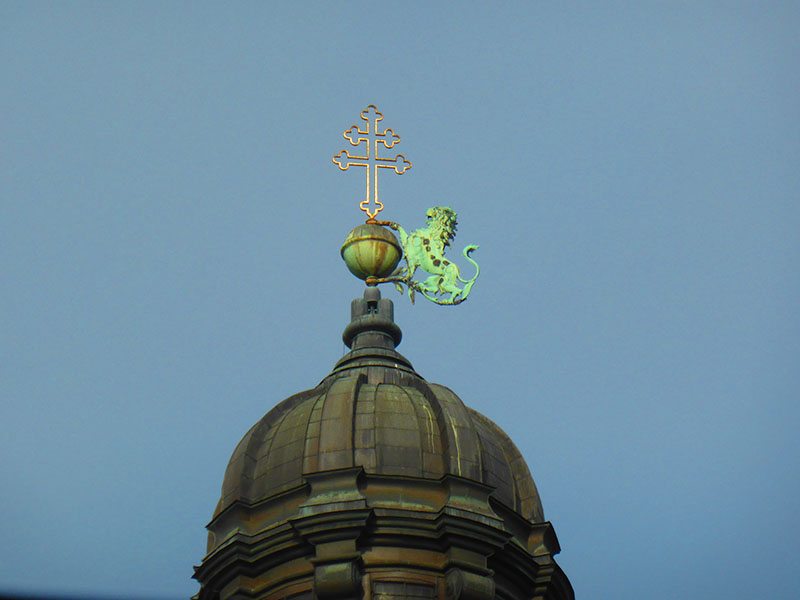 A Walking Tour of Munich is a great way to see how stunning this German or Bavarian city is and to see that it is a city with a great character. 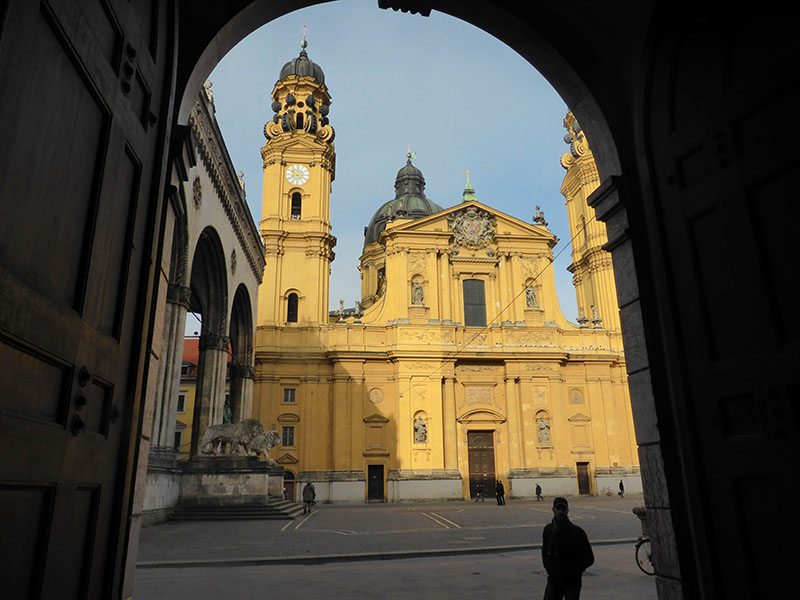