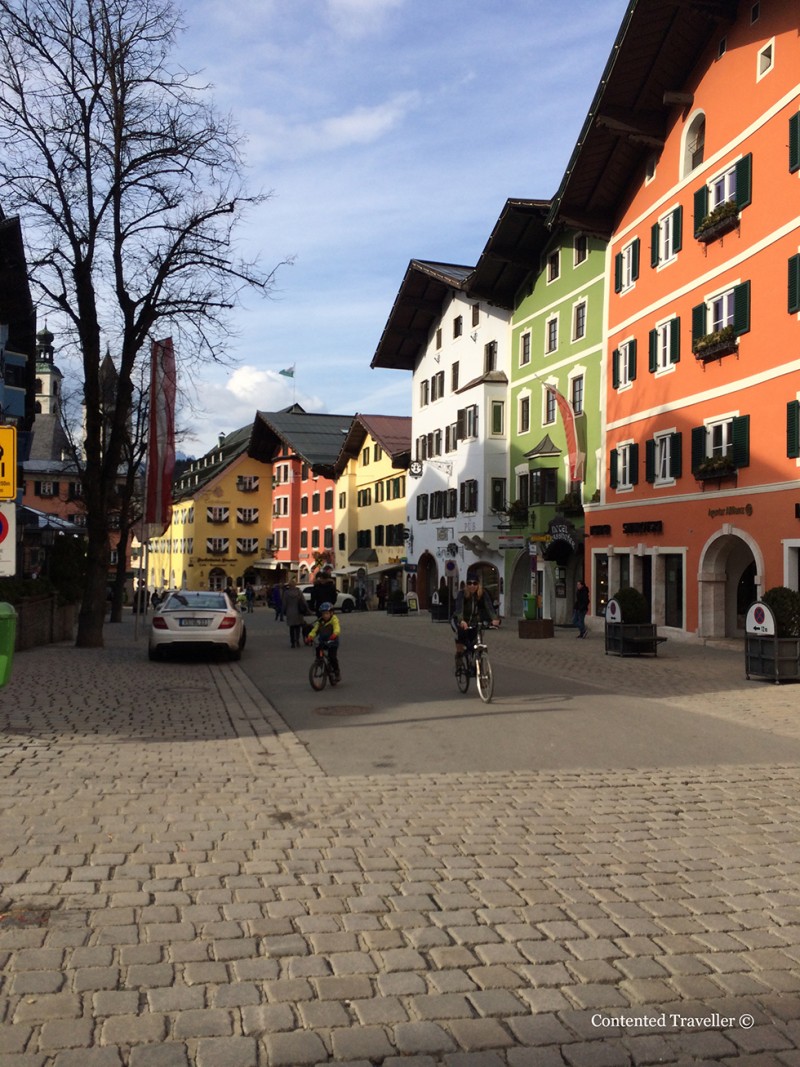 Kitzbühel is a small medieval town in the Tyrol region of Austria and is a renowned as a ski and sports resort. The Hahnenkamm is home of the annual World Cup ski races, including the circuit’s most important event, the downhill race on the famous Streif slope.

Kitzbuhel is located just 95 km from Innsbruck and 125 km from Munich and is an easy to reach destination.

The town gets its name from a Bavarian clan who lived in the Tyrol mountains called the ‘Chizzo’, and ‘Buhel’ which indicates the position of the locality on a hill. So the town became “Chizbuhel” which is now know as Kitzbuhel. When it changed from the ‘ch’ to the ‘k’ I am unaware. We arrived at Kitzbuhel yesterday and started our exploring.

Kitzbühel is one of Austria’s best-known winter sports resorts, situated between the mountains Hahnenkamm and Kitzbühler Horn The Hahnenkamm is home of the annual World Cup ski races, including the circuit’s most important event, the downhill race on the famous Streif slope. This downhill is counted as one of the toughest downhill competitions in the World Cup.

The people are fiercely Tyrolean and proud, and the village is picture postcard perfect.