The mighty and mysterious Matterhorn 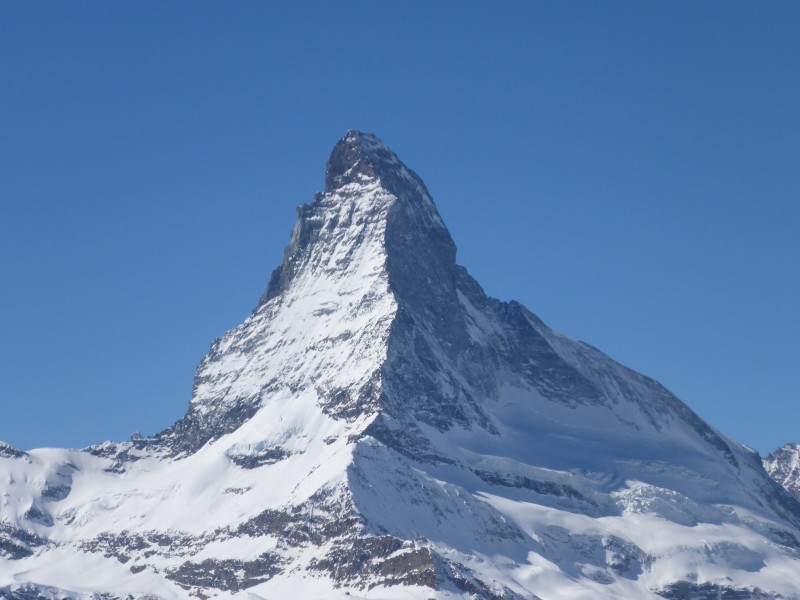 The Matterhorn has been of great interest to people not only for its sheer physical presence and beauty but also for its unforgiving nature to those who attempt to conquer it. It has been shrouded in controversy since the very first ascent in 1865. 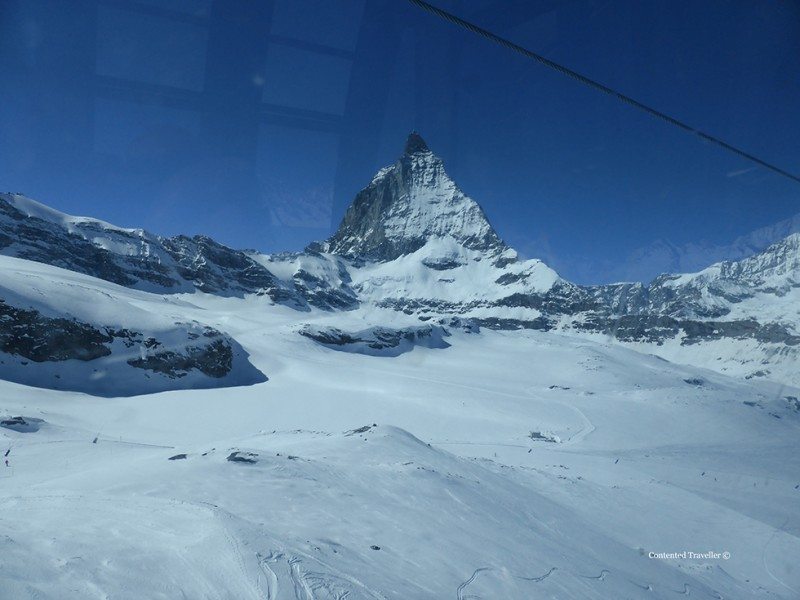 It might not be the highest mountain in the world nor indeed in Switzerland itself, but it certainly has had people talking for a long time. For a start there is a slight dispute as to who ‘owns’ the Matterhorn. The French call it Mont Cervin and the Italians call it Monte Cervino, yet in reality the world knows it as the Matterhorn and the Swiss claim it as there own. It has become an icon of the Swiss Alps and is one of the most photographed mountains in the world.

The word “Matterhorn” is actually German, with Matte, meaning “meadow”, and Horn, which means “peak”. The Swiss town of Zermatt is where you see the Matterhorn in all of its glory. We are seeing it here in early spring and the mountain changes shape and colour from different places on the mountain to different times of the day. I can only imagine what it must be like in the summer when the alpinists are all over it. 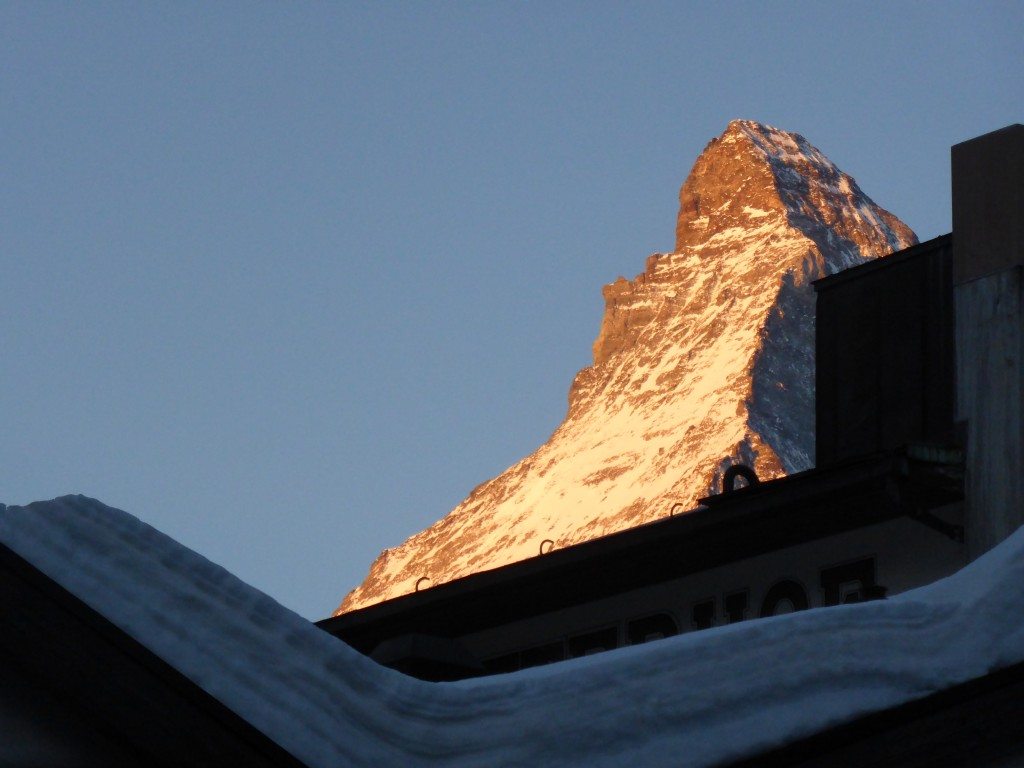 This is a word that I was not overly familiar with but the alpinists are those who climb the Alps and many target the unusually shaped pyramidal Matterhorn. The first successful ascent of the Matterhorn was on July 14, 1865 by four English alpinists, a French climber and two Swiss guides. These were Edward Whymper, Charles Hudson, Lord Francis Douglas, Douglas Robert Hadow, the Frenchman Michel Croz, and the father and son guides, Peter and Peter Taugwalder of Zermatt.

Apparently Whymper had long desired to achieve the first ascent of this challenging mountain. He had tried before but the treacherous mountain had beaten him each time. In 1865 he was determined that this time he would defeat the mountain. It was to be his holy grail.

What he was unaware of, was that an Italian group of alpinists were also attempting to be the first to ascend cialis online no prescription uk this perilous mountain. Records indicate that a former climbing partner of his had joined the Italian group and that they were going to try and claim the glory themselves. This cannot have sat well with Whymper.

Whymper got himself and his group ready to race the others to the top of the Matterhorn and to gain the glory that had eluded him.

Edward Whymper used to stay at the Monte Rosa Hotel in Zermatt on each of his attempts and is said to have left the hotel with his party on the 13th July, 1865. His name is synonymous with Zermatt. 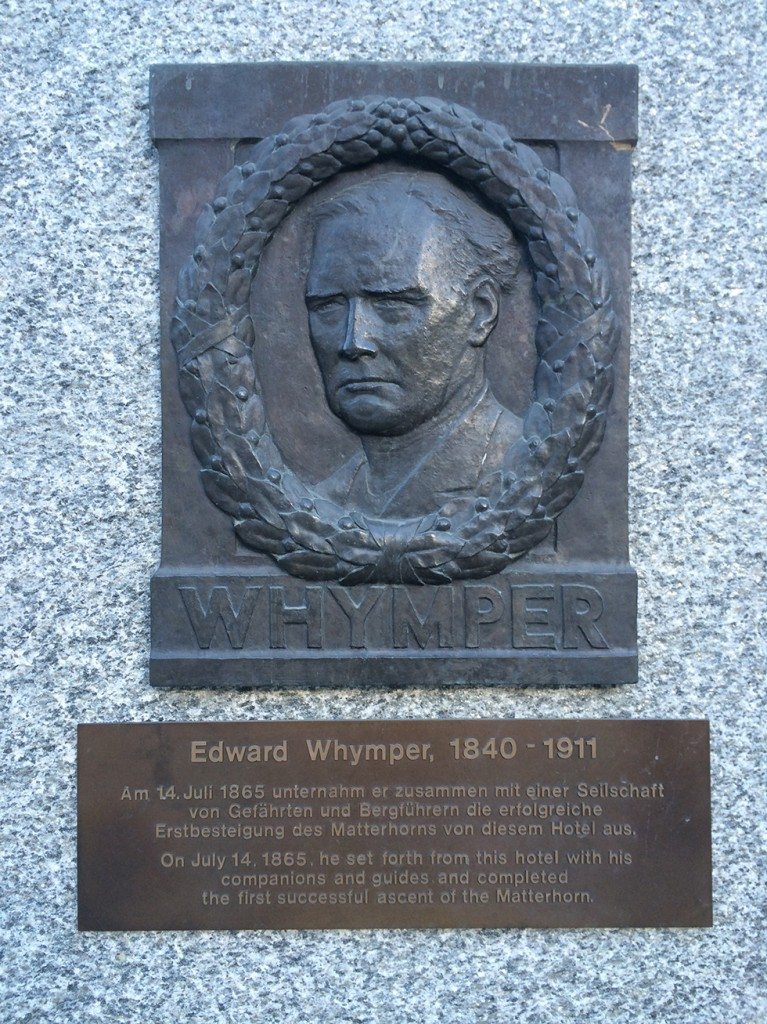 His party climbed and climbed and finally made it to the top of the mountain. Whymper wrote, ‘At 1.40 p.m. the world was at our feet, and the Matterhorn was conquered. Hurrah! Not a footstep could be seen.’

His team was exhausted though ecstatic.  However on their descent, one man that Whymper had worried about his skills in mountaineering, slipped and dragged 3 others down the sheer face. Whymper and the father and son guides from Zermatt, were on another connected rope that broke its attachment when the other men fell, thus saving them.

So 7 men went up but only 3 came down… alive.  As can be expected the controversy and conspiracy theories that occurred when only 3 men returned has not abated in the 150 years since. There has been much supposition as well as stories as to what actually happened on the mountain that day. The need to conquer the Matterhorn by alpinists has not abated. It still remains a highly challenging mountain and as of 2013, the Matterhorn had claimed a total of 450 lives.

Regardless it put Zermatt well and truly on the map for both alpinists and for all sports enthusiast and others seeing all that the village has to offer.

In 2015 Zermatt will celebrate its 150th anniversary year with a great deal of festivities from music, sport, culinary and folklore. Zermatt will be totally unplugged for 2015.

Thank you to Zermatt Tourism for sponsoring us.