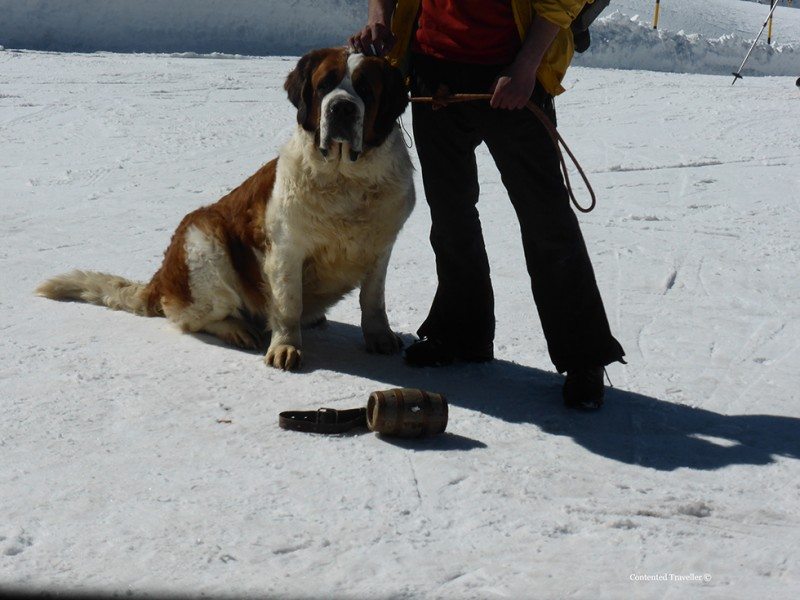 1. Eddie Murphy has died yet again today in a Zermatt skiing accident. This would mean he dies regularly here, his death being reported each and every year for quite a while.

2. Sand from the Sahara Desert in Africa can blow over Zermatt and settle on the snow turning it a reddish brown. At the end of January 2014 a large amount fell on the snow and now can be seen as a layer below the snow that has subsequently fallen.

3. Zermatt’s rise to a mega ski resort is extremely recent having commenced when the alpinists conquered the Matterhorn.

4. Teddy Roosevelt climbed the Matterhorn apparently because the British alpinists were so full of themselves having been the first to conquer the Matterhorn that on his honeymoon he climbed it to shut them up and prove “a Yankee could do it” 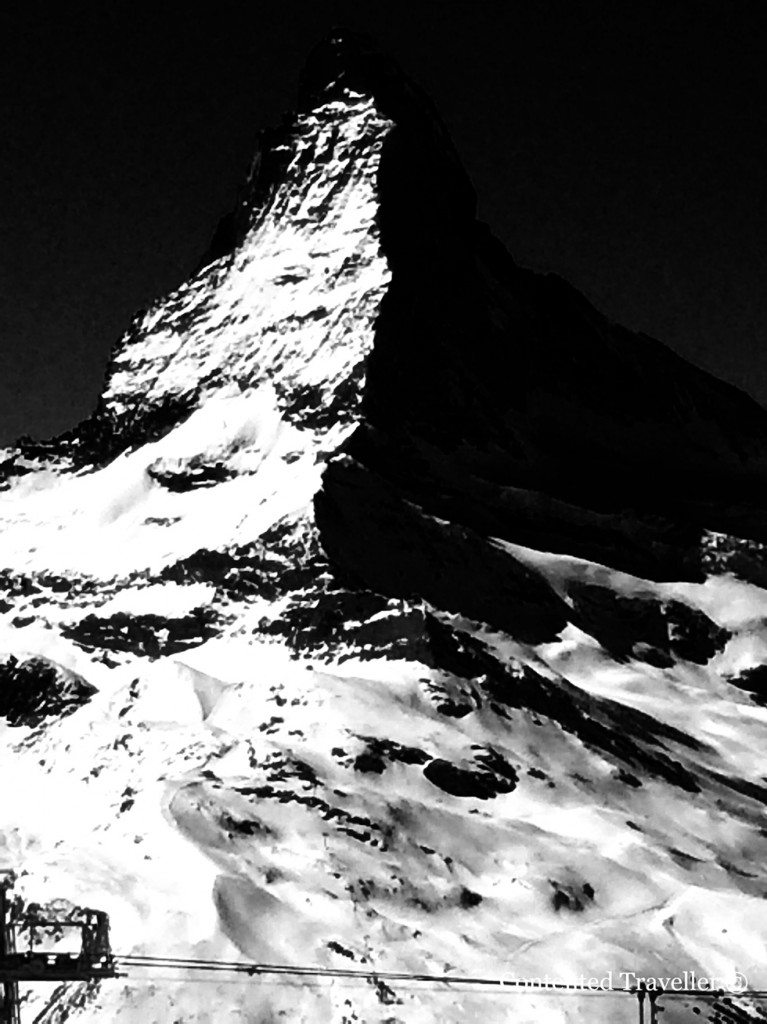 5. In 1894 Winston Churchill, in his less portly state, came to Zermatt and insisted on an ascent of Monte Rosa rather than of the Matterhorn, not only because of its superior height (it is the highest mountain in Switzerland) but also because the guides’ fee was substantially less.

6. Fondue, the archetypal Swiss dish came about when the bread that the farmers ate became so hard during the harsh winter months that they found that if they melted their cheese with some onions and whatever field herbs they could find then the bread would soften when dipped in. 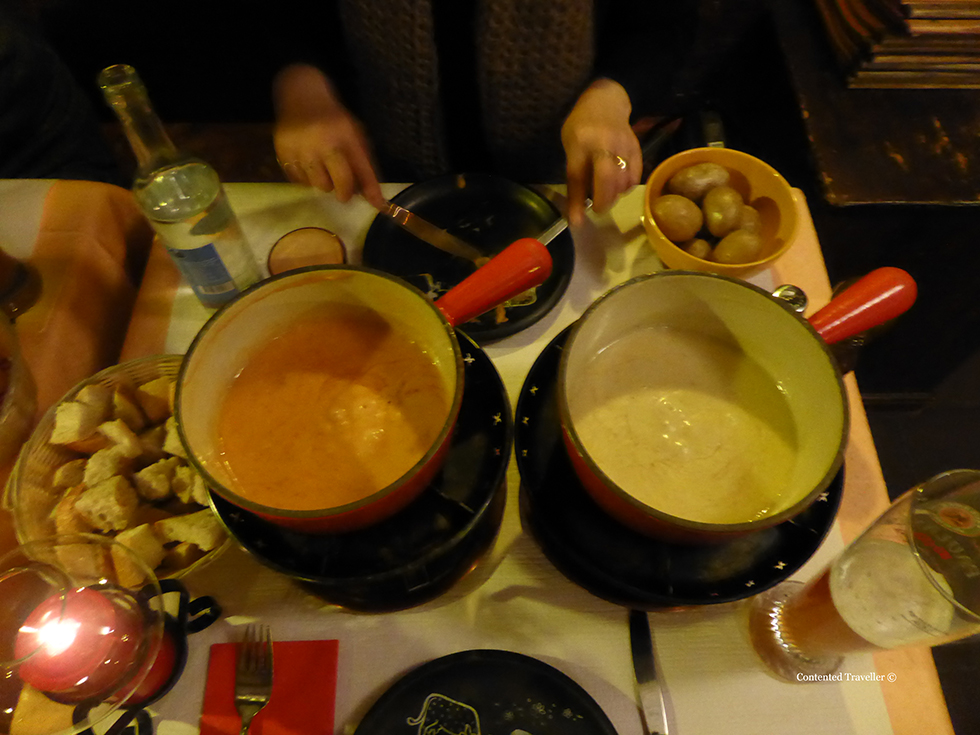 7. If you happen to drop your bread off your fork into the fondue a man must buy a round of drinks for everyone whilst a woman must kiss everyone.

8. Zermatt is located in the German-speaking canton of Valais in southern Switzerland. It is just 10 kilometers from the Italian border and from Cervinia, where many people ski to for an Italian lunch.

9. Zermatt is and was very Catholic. Pre it becoming a mega ski destination it was a farming community where religion ruled their lives. Mothers would place a sign of the cross on the children’s heads before they left the house whilst at any crossroads people would similarly do the sign of the cross. Still today the bells peel for mass each day. 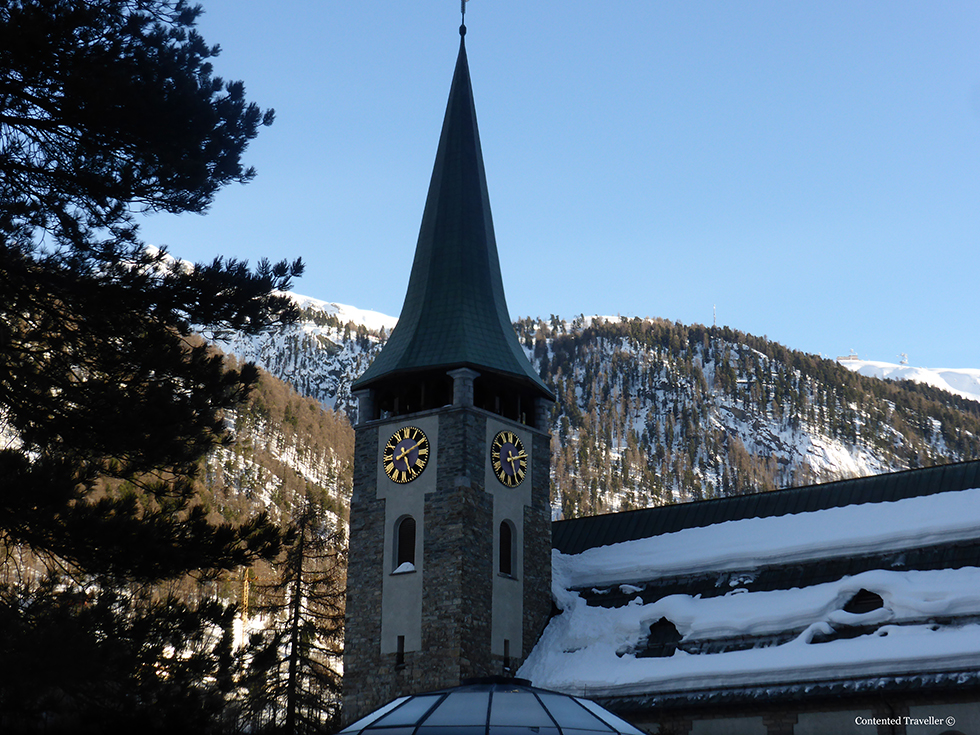 10. The bells normally peel at 7.45am to say that buy real cialis online mass is starting at 8am – and again at 5.15pm. 5.30pm. 5.45pm (we don’t know what is going on tonight) unless someone dies then they do not peel until just before 10am when the funeral is on.

11. Switzerland does not subscribe to the euro – they have their own currency, the Swiss franc thank you very much.

12. Zermatt is free of cars and has electric cars and horse drawn carriages instead. 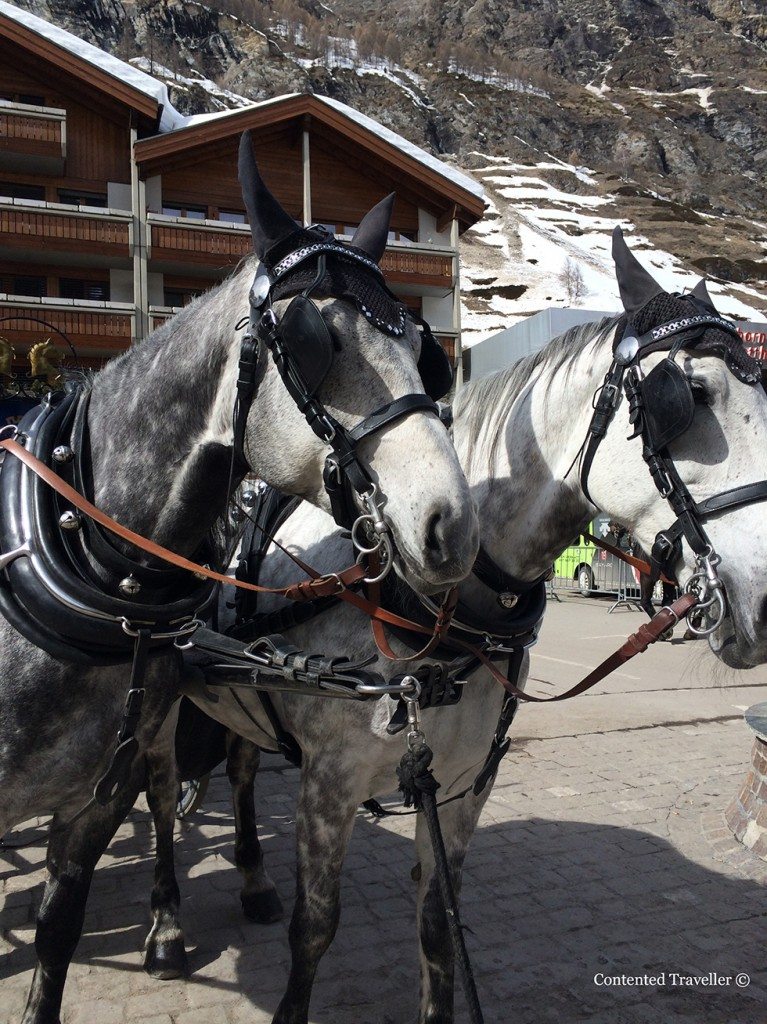 13. It was just 40 years ago, that the main transport in Zermatt was almost exclusively by means of horse-drawn carriages.

14. The Matterhorn is everything to Zermatt having put it on the map with the controversial ascent by Edward Whymper. The Matterhorn still attracts alpinists and photographers from all over the world.

15. The mascot of Zermatt is Wolli who represents the black nosed sheep found in this village. The idea and the character are rooted in the culture of the shepherds of Zermatt.

16. The Kulmhotel Gornergrat is the highest hotel in the Swiss Alps and has been standing for almost 100 years on Gornergrat, the most popular destination from Zermatt.

17. The igloo village is located between the Riffelberg and Gornergrat in Zermatt– with a bar, music playing throughout the day and special fondue nights. 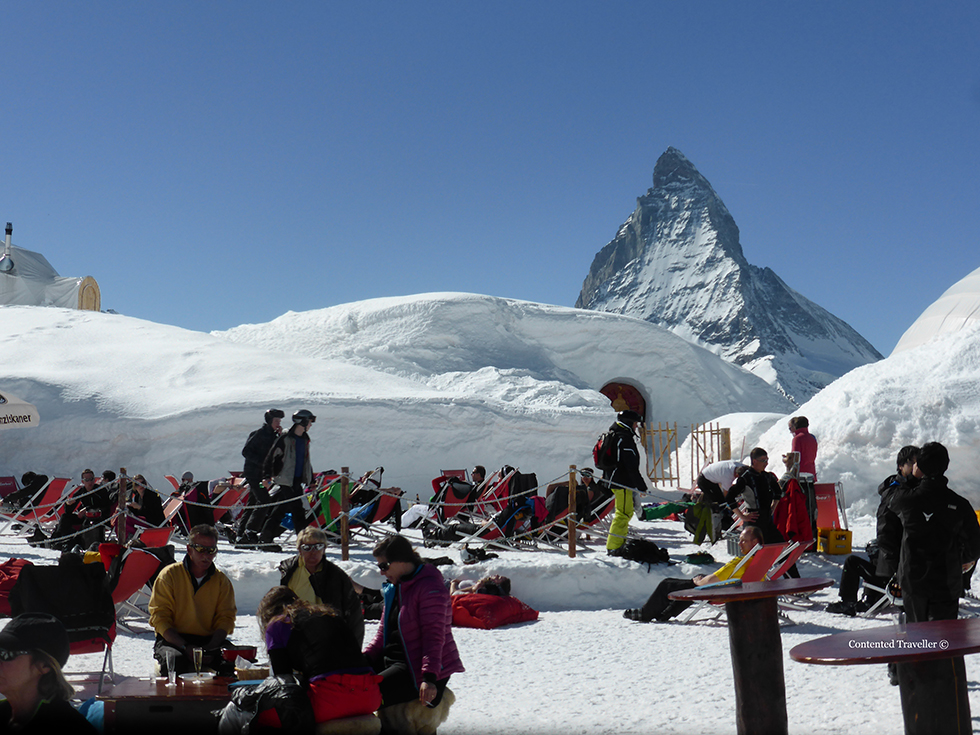 18. Zermatt Unplugged commenced as a small music festival in 2007. 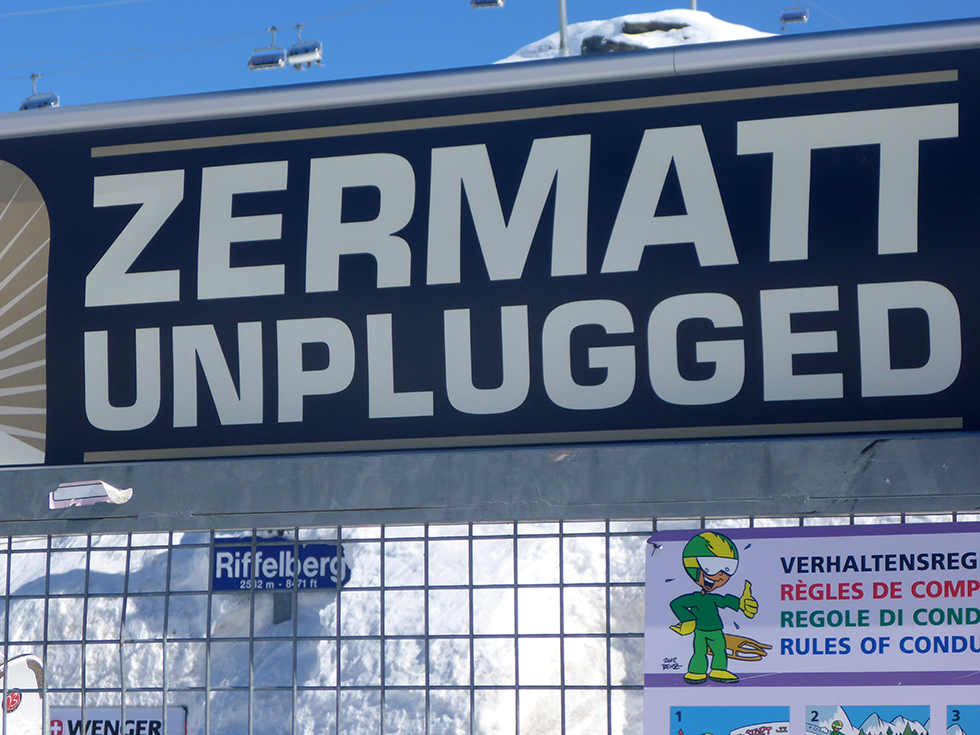 19. It is now a huge music festival and Frida (from ABBA) is a patron of Zermatt Unplugged. Jon Lord (Deep Purple) and Claude Nobs (founder of Montreux jazz festival) were also patrons and after their deaths were honoured at Zermatt Unplugged in 2013.

20. If you want to test your tolerance to altitude sickness then the air is thin in parts of the mountains in Zermatt, particularly if you are at an altitude of 3,883 m above sea level when the cable car takes you to the Glacier Palace. To put this into perspective, Machu Picchu has an elevation of 2,430, while Lake Titicaca is 3812m. Ok Mt Everest is 8,848 m 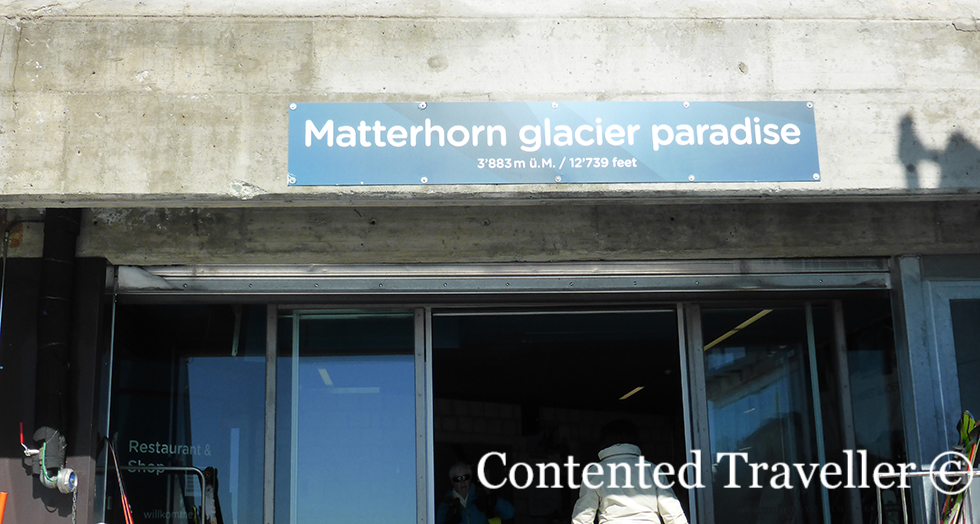 21. The 150th anniversary of the first ascent of the Matterhorn will be celebrated in big style in 2015 in Zermatt.  Definitely a year to visit. 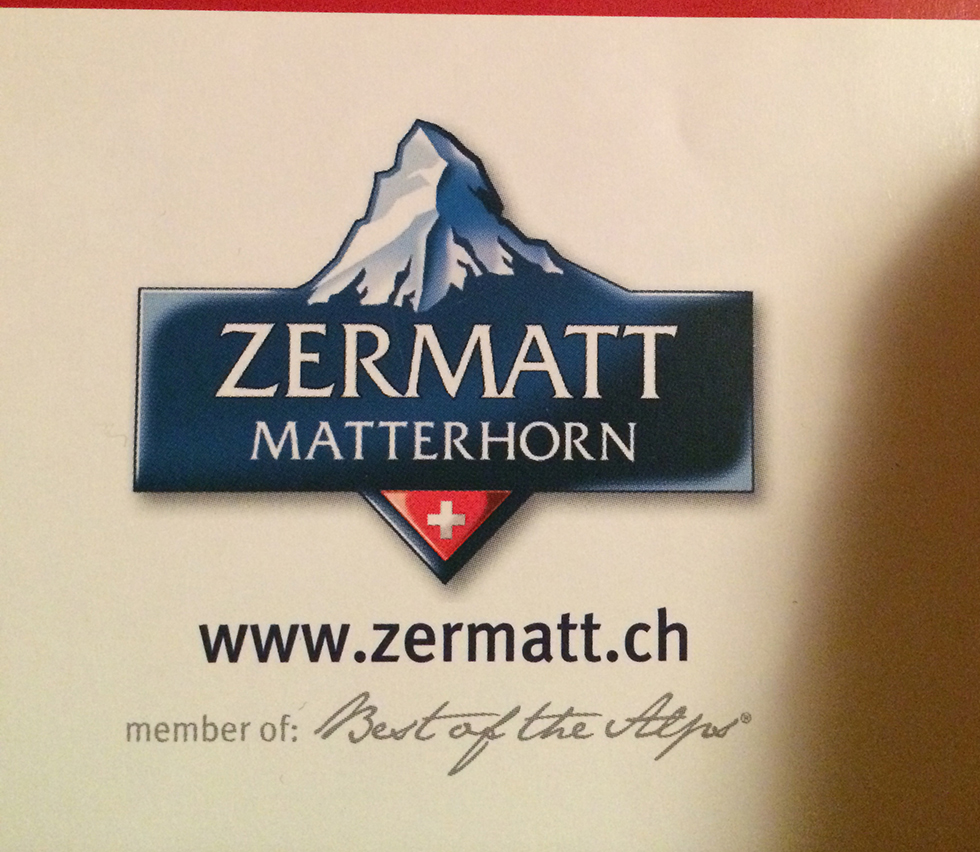 Thanks to Zermatt Tourism for a great time here.