N is for Netherlands – the hair gel capital 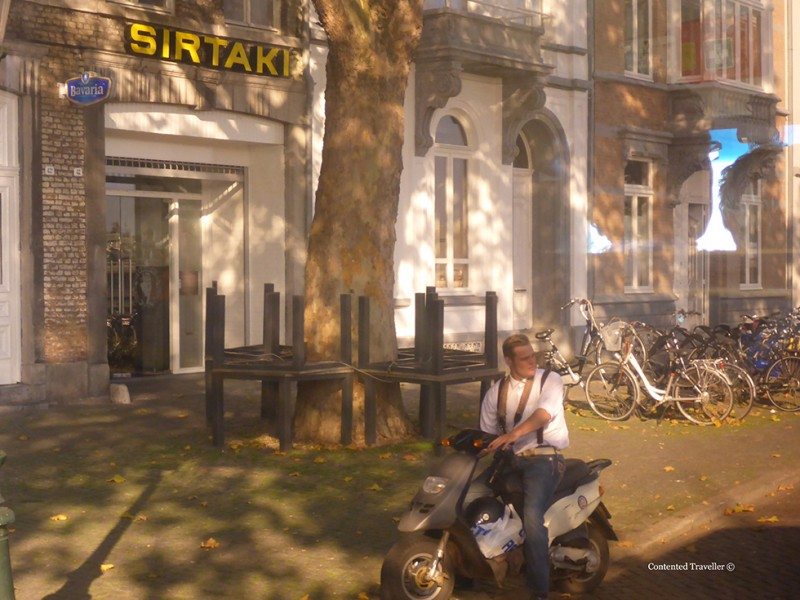 Netherlands – the hair gel capital, and it is well known.

Fact: The Dutch people are amongst the highest consumers of hair gel in the world.

Fact: it is the Dutch MEN who are the greatest purchasers and users of these products.

Fact: this is a national obsession

When we were visiting our niece who was studying in Maastricht for a year, we had noticed a preponderance of men walking around with hair that was gelled to within an inch of rivaling the Exxon Valdez.

We asked her about this phenomenon. She just laughed and said ‘have you seen all of the hair product shops here? This is where all of the men go to get their products’. She further explained that there were more hair product shops in the Netherlands than probably in the rest of the world combined. She also said that yes, the biggest customers were the men and that their hair “crunched” as it had so many products in it. Also, that people go through them like it’s a jar of Nutella. It was not unusual for the men that she knew to use an entire container of gel each morning. 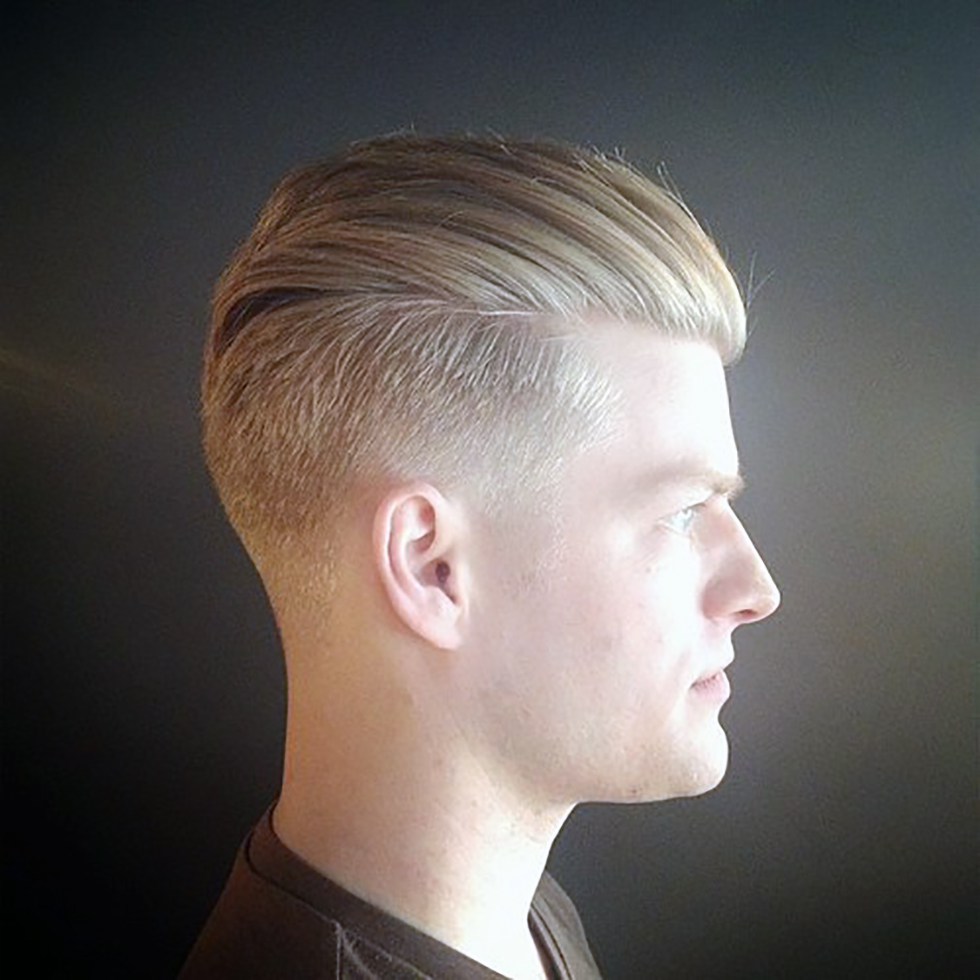 Another friend in Amsterdam was in a shared flat, and there was nowhere in the bathroom for the girls to put anything as the lone male had used every available counter, windowsill and toilet seat to store his treasured array of gels and hair products. He spent more money replenishing these than on other things like food. Did we wonder why? Her answer was “they like to look good” and that she thought, “they did.”

We were more reminded of a scene from “Grease” where Danny and the boys get those combs out and slick that hair back while belting out the tune “Greased Lightnin.”

There are certain types of Dutch men who are really into the ‘Greased Lightning Look’ and the accompanying pointy shoes. Real estate agents love their gel – go figure, they are slick universally. Uni boys or frat boys as they are also known as in the Netherlands, adore their hair products. We saw quite some frat boy initiations in both Amsterdam and Maastricht. Sad that they are aping American practices. Good that Americans and indeed the rest of the world are not tapping into this much-valued resource – hair gel.

History of the Hair Gel Movement

Before hair gel was invented men used petroleum jelly, corn oil, and macassar oil. Many Dutch people claim that hair gel was invented in the Netherlands by Keune, though most recognize that Brylcream was made initially in England in the 1920’s. Regardless of who made the products the Dutch men are eternally grateful. The multitude of companies that vie for the business from the Dutch men, are laughing … all the way to the bank.

The Dutch Prince look and more

Bankers and sportsmen particularly, like to shellac their locks so that they are stuck to their head or in very sophisticated styling’s, go for the crispy curls. The Urban Dictionary has a definition of a hairstyle, which is called the Dutch Prince. This is,

A haircut obtained when you have long hair over your ears, and you cut your bangs to above your eyebrows. Very popular among hockey players who want to have long hair, but do not want to be impaired vision.”

If you want to be ultra cool, you will display your gelled hair teamed with red pants, a light blue shirt, AND white t-shirt underneath. Tres chic! 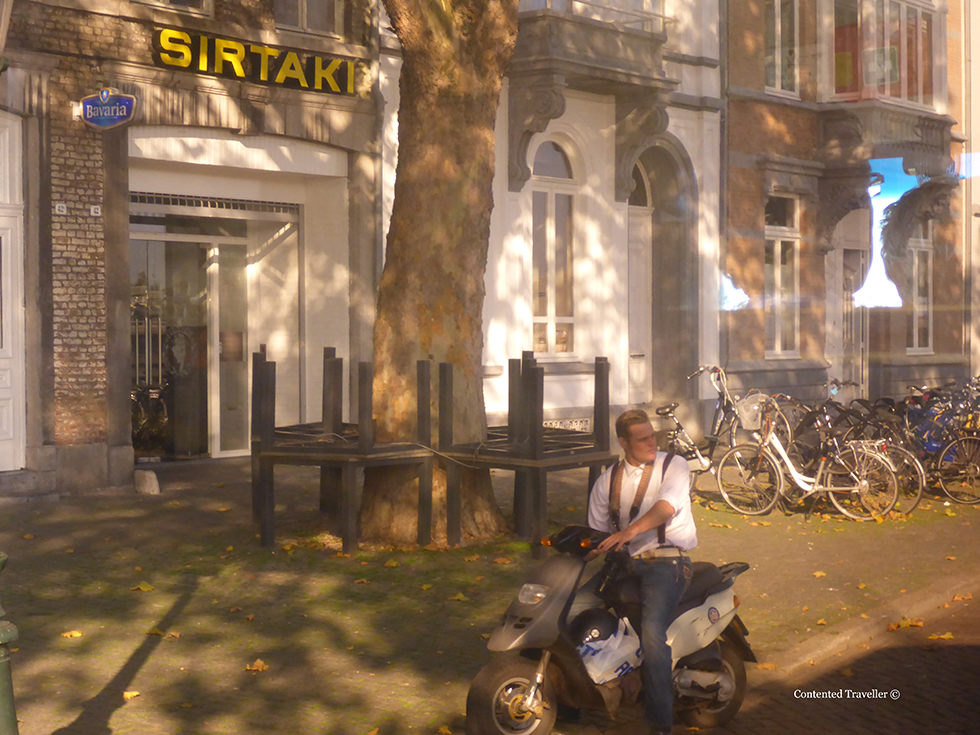 So why the overuse of gel, shellac, gunk ?

–       The Dutch love themselves. Full stop. Appearance is everything. A single hair out of place could disrupt the universal …

–       They have grown up with products in their hair. Hair putty is put onto babies fine down straight away

–       If you don’t put it in a child’s hair, it is more than likely that the kindergarten teachers will

–       Does the wind in their hair as they ride their bikes required this type of fortification. Does the windswept look not sit well with the fastidious Dutch?

–       Is the Exxon Valdez look a way of identifying a Dutchmen, other than the height?

No idea why, but I love the Dutch for their peculiarities as well as their total generosity – hair gel, mousse, spray regardless.