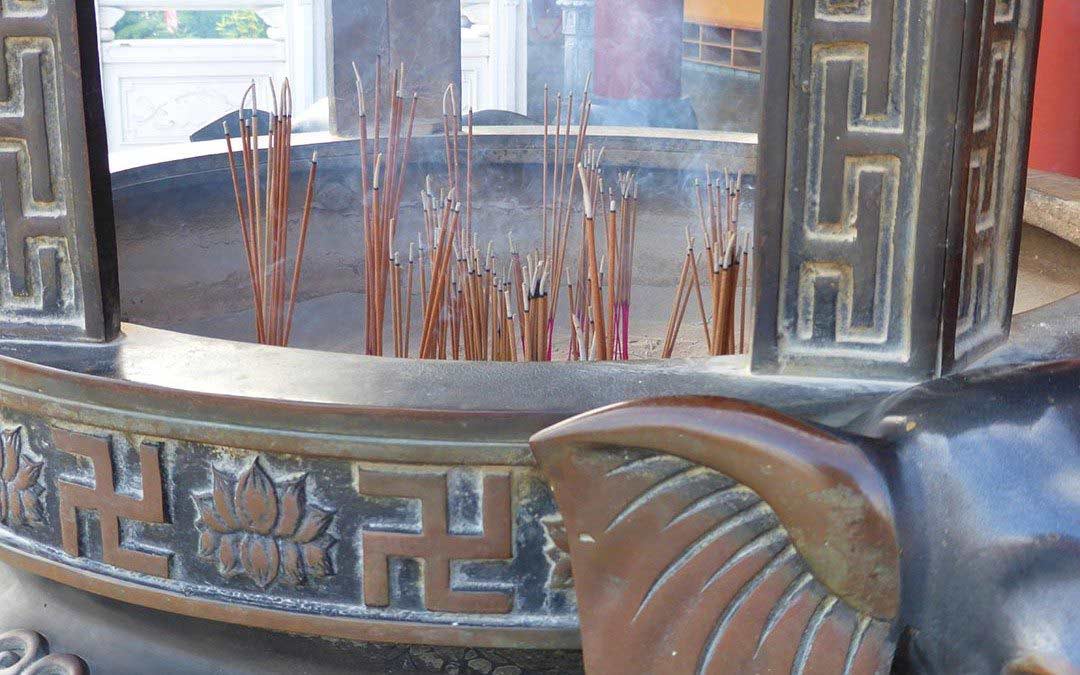 Nestled in a suburb, in the seaside city of Wollongong, just 80kms south of Sydney, is the Nan Tien Temple and the Nan Tien Institute. This is the largest Buddhist Temple in the Southern Hemisphere. The choice of location by the Taiwan-based Fo Guang Shan was a very carefully considered decision. It is another blend of Modern and Ancient Buddhism at work.

Wollongong was open to the idea, being already a multicultural and tolerant city. Master Hsing Yun of Fo Guang Shan considered that the location, between the mountains and the sea, were perfect according to the rules of feng shui. That is in effect is why Wollongong became the location of the largest Buddhist Temple in the Southern Hemisphere.

20 years on and there is now a university. The Nan Tien Temple always blended seamlessly into Wollongong. When it first opened in 1995, the other churches all welcomed them with open arms. This has been a major benefit for the city, and with students coming to study at the University, the beneficial relationship will continue to prosper. 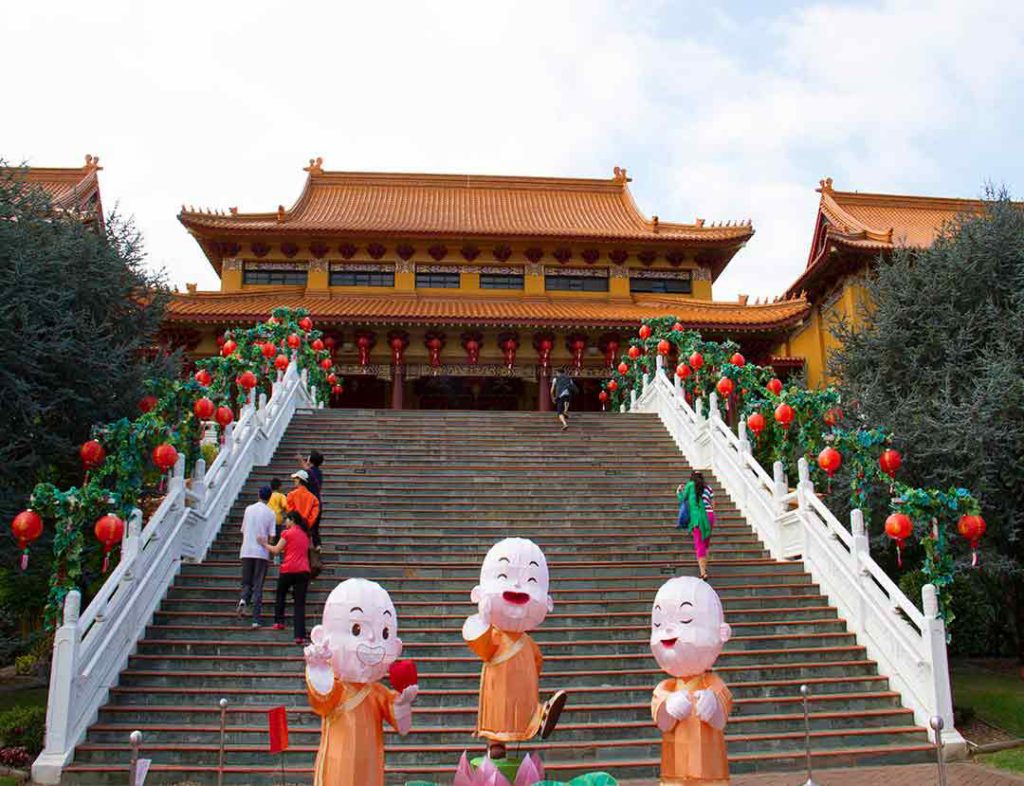 About the Nan Tien Temple

Nan Tien means Southern Paradise in Chinese and it has become the biggest draw card in Wollongong, attracting tourists from all over the world. It has also attracted many people wanting to explore more about this branch of Humanistic Buddhism, which aims to guide you through challenges in life and to promote a harmonious society through helping those in need. With the opening of the Nan Tien Institute, students now come to study at Australia’s first government accredited tertiary institution grounded in Buddhist values and wisdom. 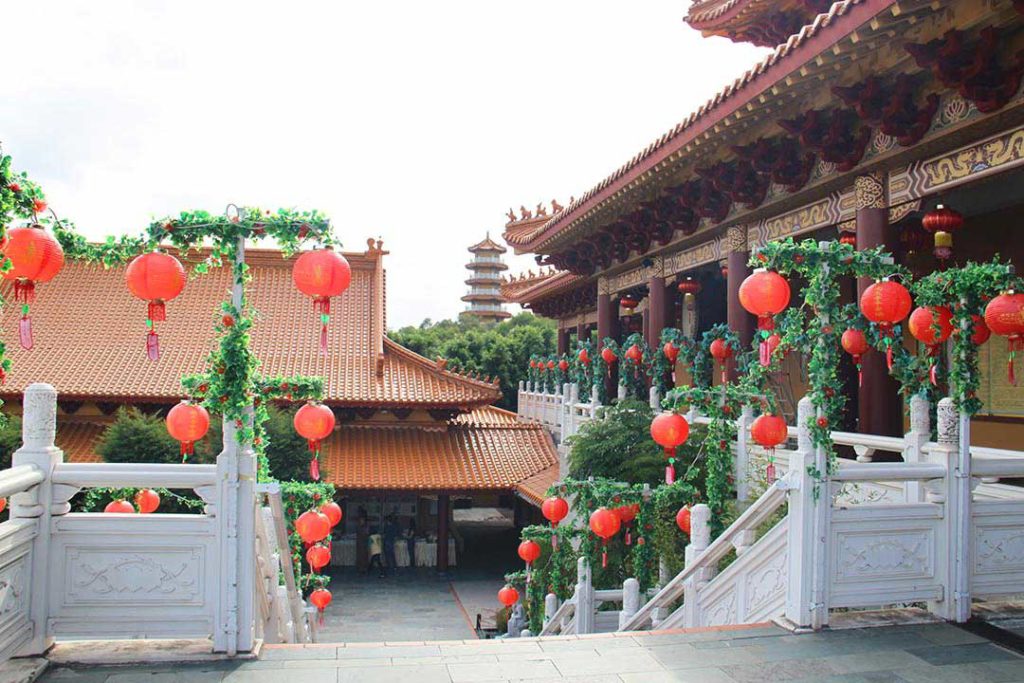 The Nan Tien Temple is part of Fo Guang Shan and was founded in 1965 by Master Hsing Yun. Fo Guang Buddhism is based on the Mahayana tradition and started in Taiwan. This is an accessible version of Buddhism, which is very much focused on people being able to see and witness the monks in daily life. It is termed Humanistic Buddhism. 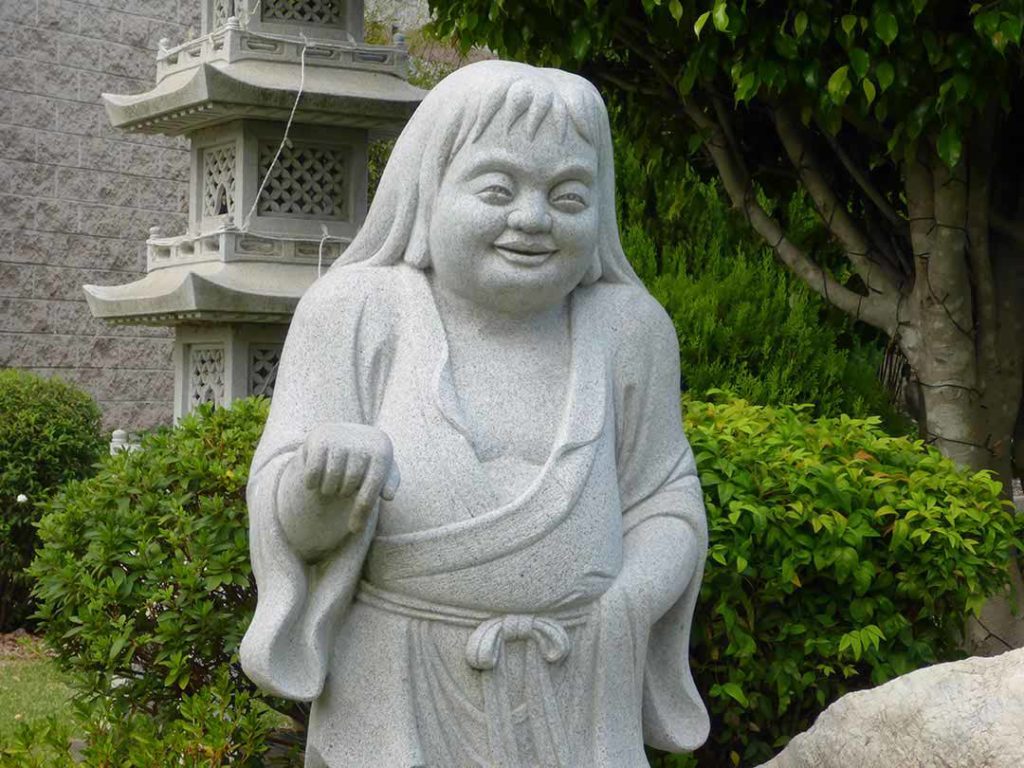 There are two other Nan Tien Institutes, the University of the West in California, USA (est 1990), and Taiwan’s Fo Guan University (est 1993) and Nan Hua University (est 1996). It officially opened in March 2015 though it has been running since the previous year.

The Institute was built on a former garbage tip next to the Nan Tien Temple. The design was inspired by the lotus flower. The lotus flower rises from the mud to be a beautiful flower as the unique Institute also has.

“The structure of the building was formed by grouping spaces into four distinct ‘pods’, The ‘pods’ are linked by active bridges, allowing for the movement through the building to be a journey buy cialis 5mg comprised of moments, destinations and thresholds” 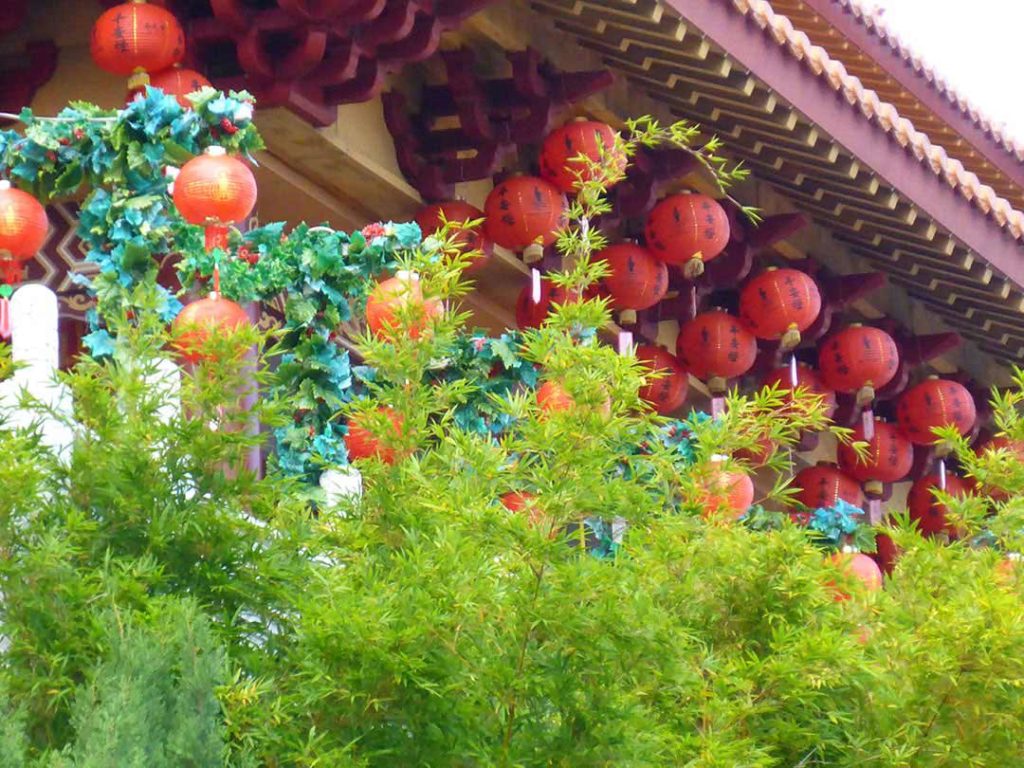 Since the opening of the temple in October 1995, it has become a major venue for local and international tourists and also acts as an important cultural centre bridging both eastern and western cultures.

As Wollongong and indeed Australia is highly multi-cultural, it works seamlessly. There are many ceremonies associated with the Buddhist calendar that take place at the Nan Tien Temple. With its inclusiveness, many local people attend many of the ceremonies, eat at the Dew Drop Inn Tea House or the Dining Hall.

It is the norm for us to see the monks, and many are female, at the shops and just going about daily life. The followers of Fo Guang Buddhism, endeavor to bring Buddhism into daily life by example and the followers in Wollongong have increased, but not in a cult type way. 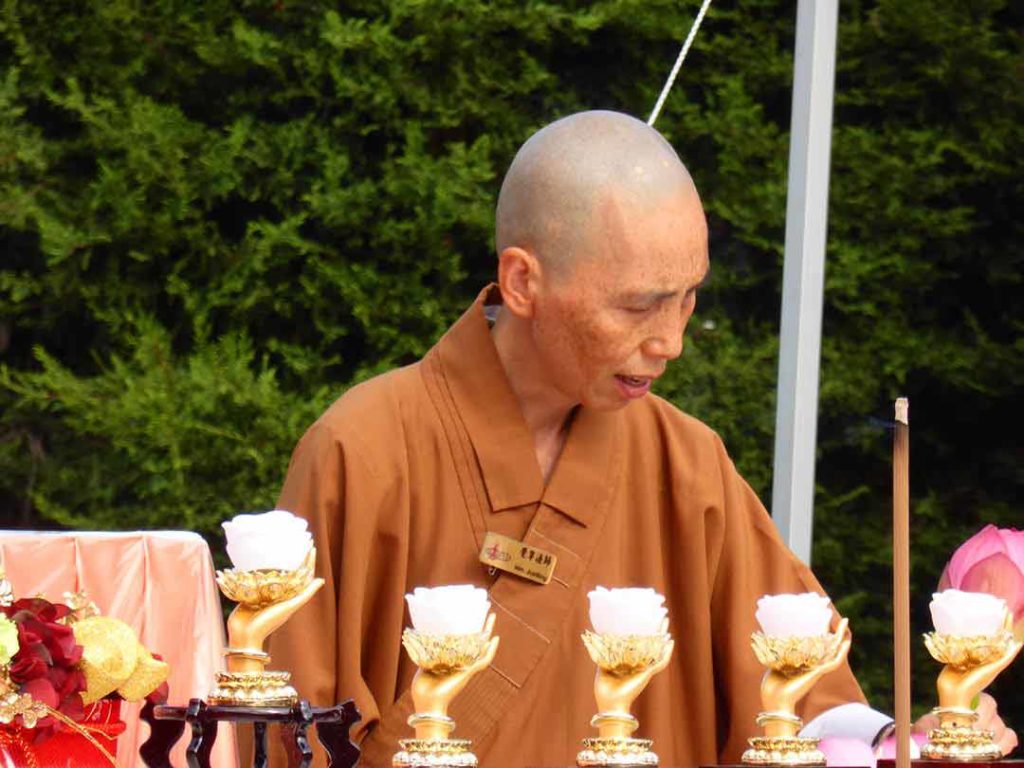 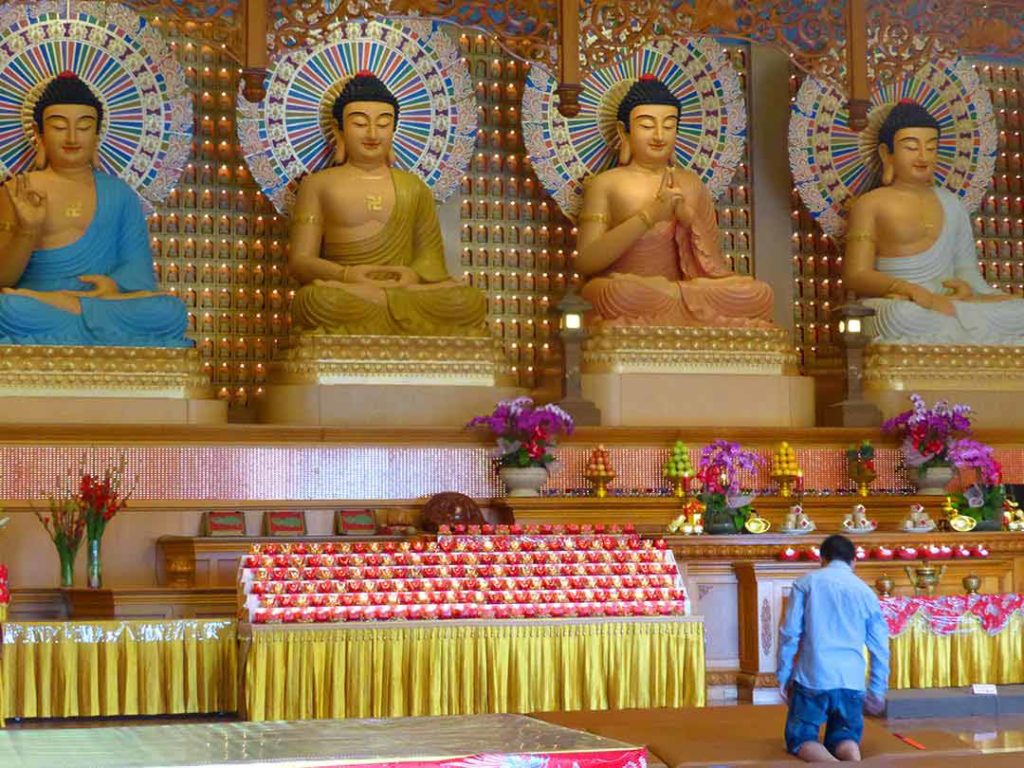 Stay at the Nan Tien Temple

You can stay at the Nan Tien Temple. Pilgrim Lodge is a 100 room facility (motel), which is open all year round. No Smoking, Alcohol or Meat of any kind is permitted on the Temple grounds. There are opportunities to participate in a guided tour, experience the drum and bell ceremony, enjoy Tai Chi, meditation, or just to enjoy the beautiful and lush gardens.

What to Wear and Codes of Conduct

You will find yourself very welcome here. However, you need to wear appropriate clothing, and make sure that your shoulders are covered. A sarong is a good idea. Make sure that you are suitably covered. No shorts, singlets or thongs.

Remove shoes and hats before entering the shrines.

Take note of signage of where you can and can’t photograph.

No Smoking, Alcohol or Meat to be brought on to the grounds of the Nan Tien Temple. 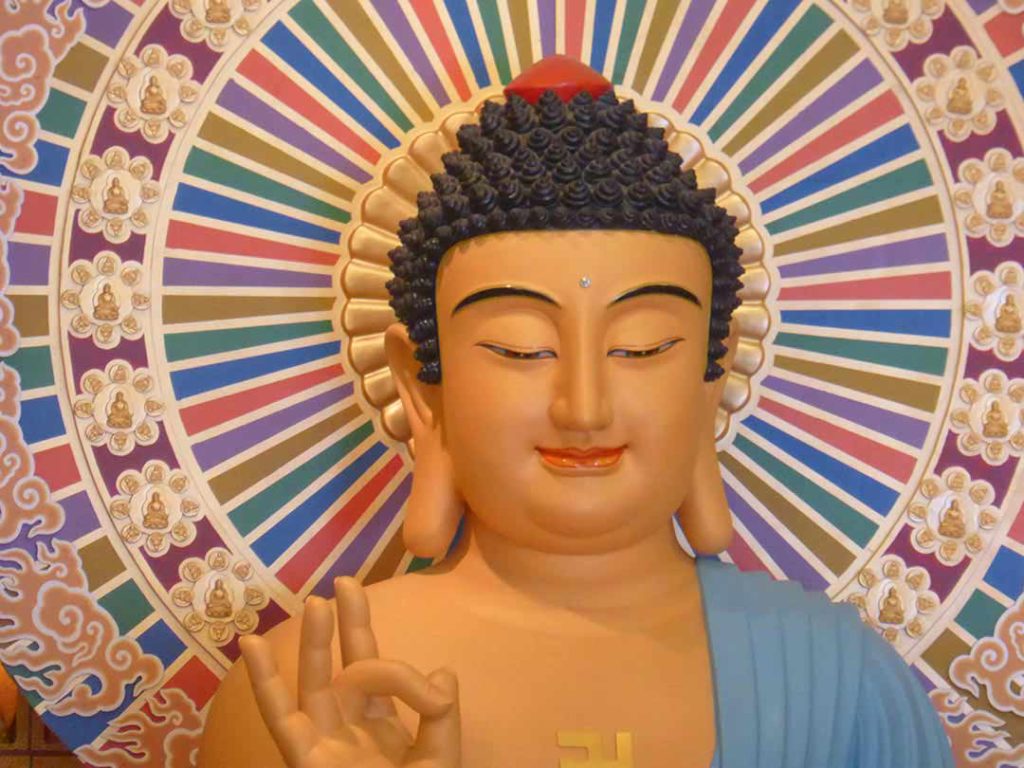 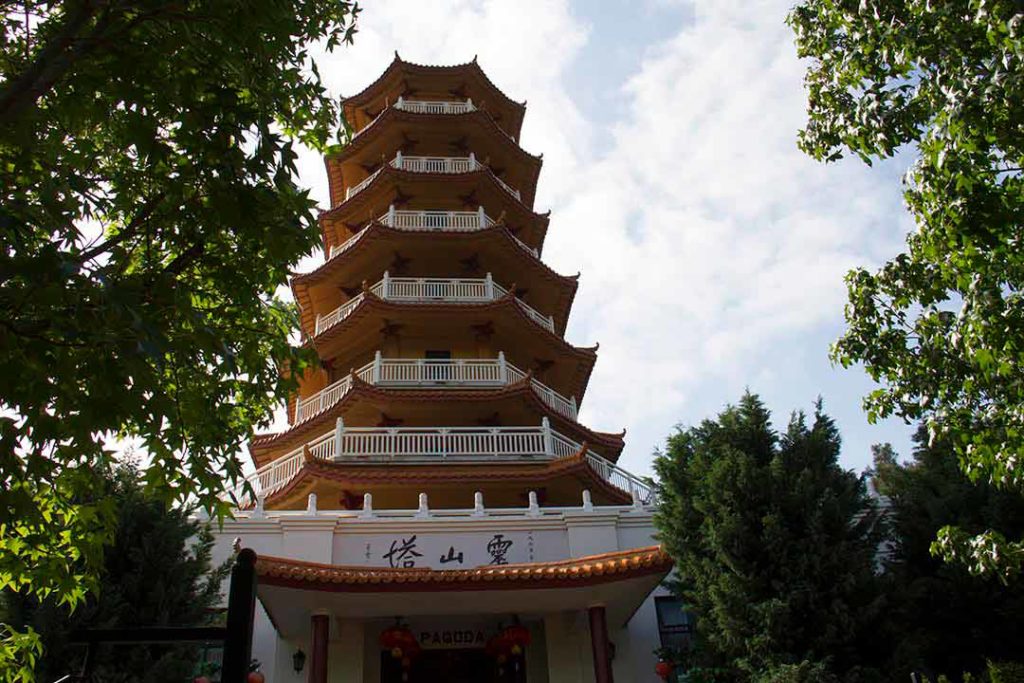 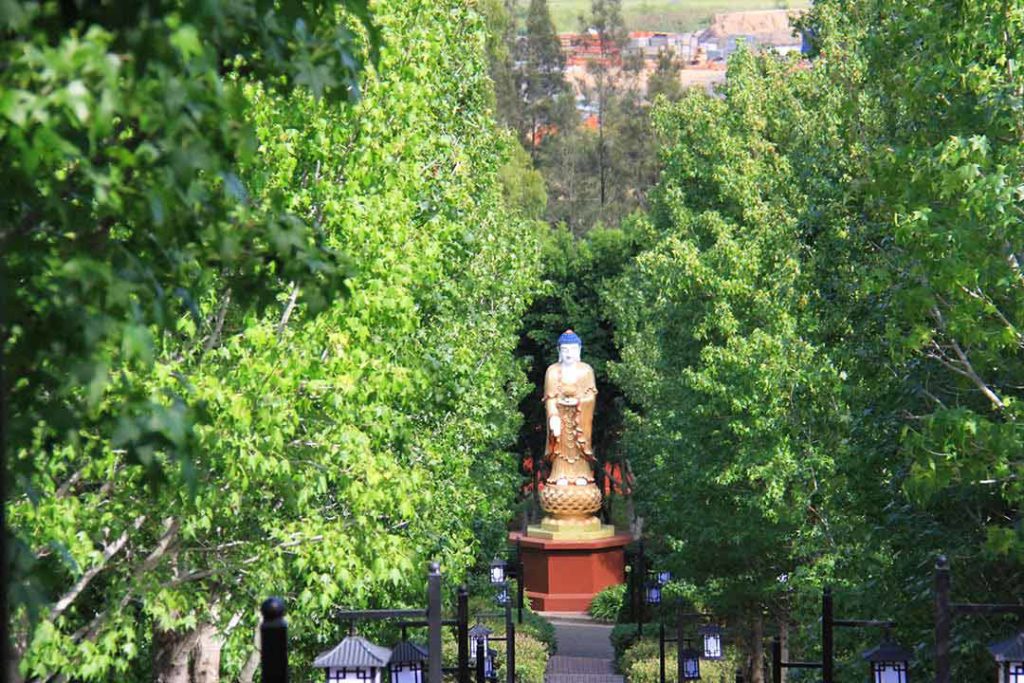 The Nan Tien Temple is about 10 minutes south of the CBD of Wollongong.

Getting to Nan Tien Institute

NTI is easily accessible by car, bus and train. A bus stop is located close to the gates, and a train station is a comfortable 10-minute walk away. The Campus is also conveniently located on major road and transport links and offers free on-site parking.

Take Bus 34 – Wollongong to Warrawong Via Berkeley and the bus will stop at the back of the temple at Nolan Street.

From Sydney or Wollongong, take the train to Unanderra station (South Coast Line) Timetable on CityRail

Walk. 20-30 minutes Walk to the left-hand side of the station(Industrial side) up Berkeley Rd to the end (approximately 1Km). Turn right and keep to the right-hand side of the road and you will see the temple’s main gate.