Nick the Greek and Exploring the island of Corfu in Greece 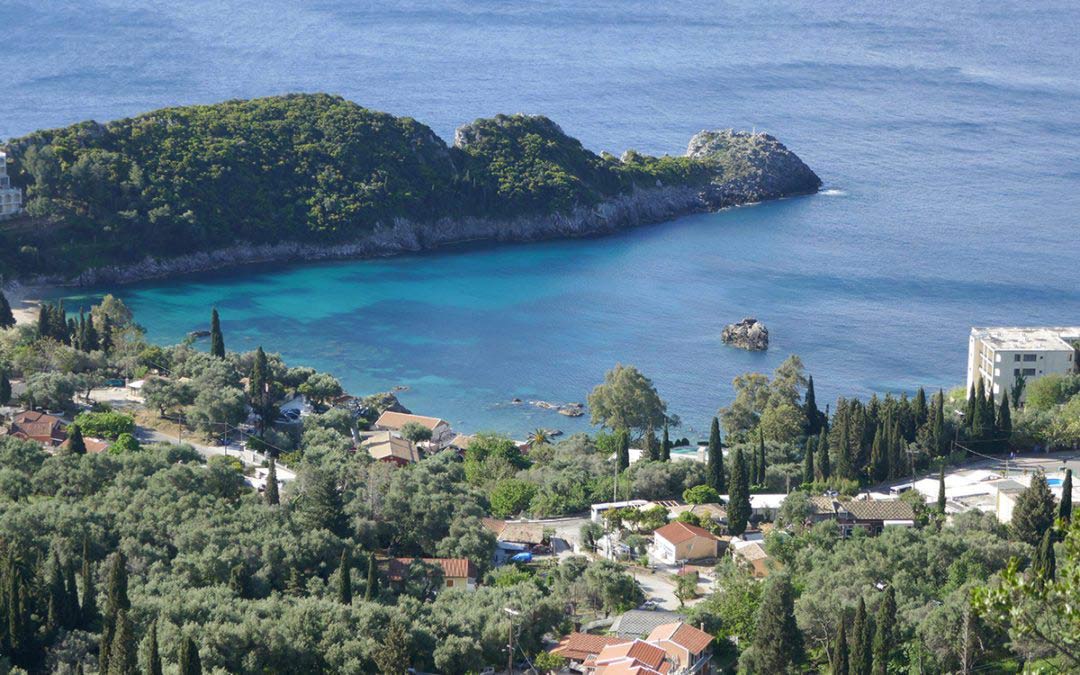 Let me tell you about Nick the Greek and exploring the island of Corfu in Greece. I am fairly sure that when you get off a cruise ship in Greece, the waiting hordes of taxi drivers suss we passengers out, and come up with a name that they think will resonate with us. Well, Nick the Greek got it right and possibly scammed us a little, to show us his island of Corfu. He had us at Nick the Greek, and within 3 minutes of being in his taxi, when another car cut in front of us, and he yelled out “Fuck Off”; well we knew we were in for an amusing day, and we were. 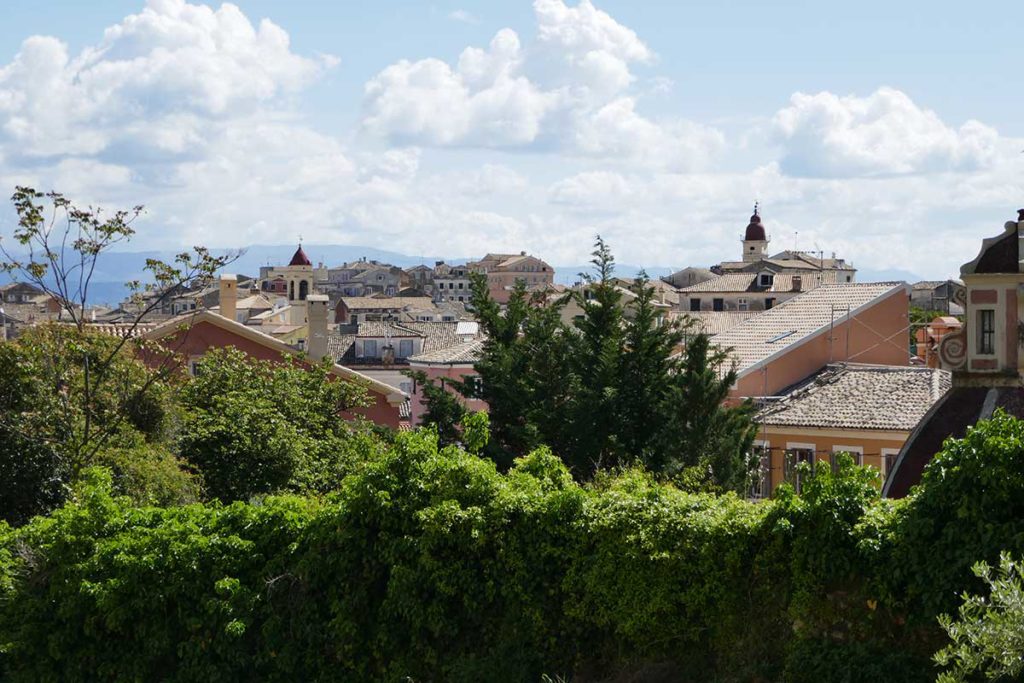 Despite Nick the Greek telling us he would take us wherever we wanted and do whatever we asked, Nick the Greek had his own agenda. We would see what he wanted us to. Our first stop was to look at the beautiful Mediterranean Sea, and another taxi was also there. This was Kostas the Greek. There is nothing like being scammed by a Greek man on his own home ground. 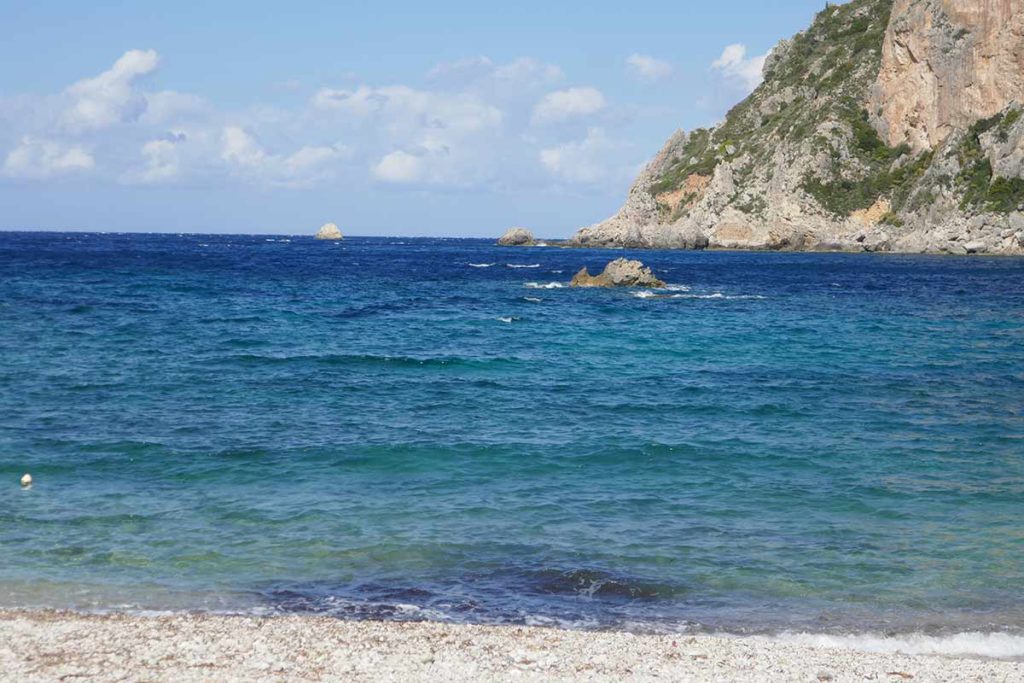 Pay your taxes Nick the Greek

The day was very enlightening and bought a whole new meaning to the term Greek Tragedy. The woe of Greece’s finances and their recession was the primary and predominant topic of conversation. A small part of me wanted to say, “pay your bloody taxes Nick the Greek,” but he beat me to it. They couldn’t and wouldn’t pay the exorbitant taxes because there was always a way around the system. Don’t turn your taxi meter on until the last few miles, and then you only pay tax on that part of the trip. Never finish your house because you only pay taxes when the house is completed. If you have wondered why there are so many partially completed houses in Greece, well, Nick the Greek has supplied the answer. A few bits of reo, out of the roof and the house is incomplete, and therefore, no taxes. 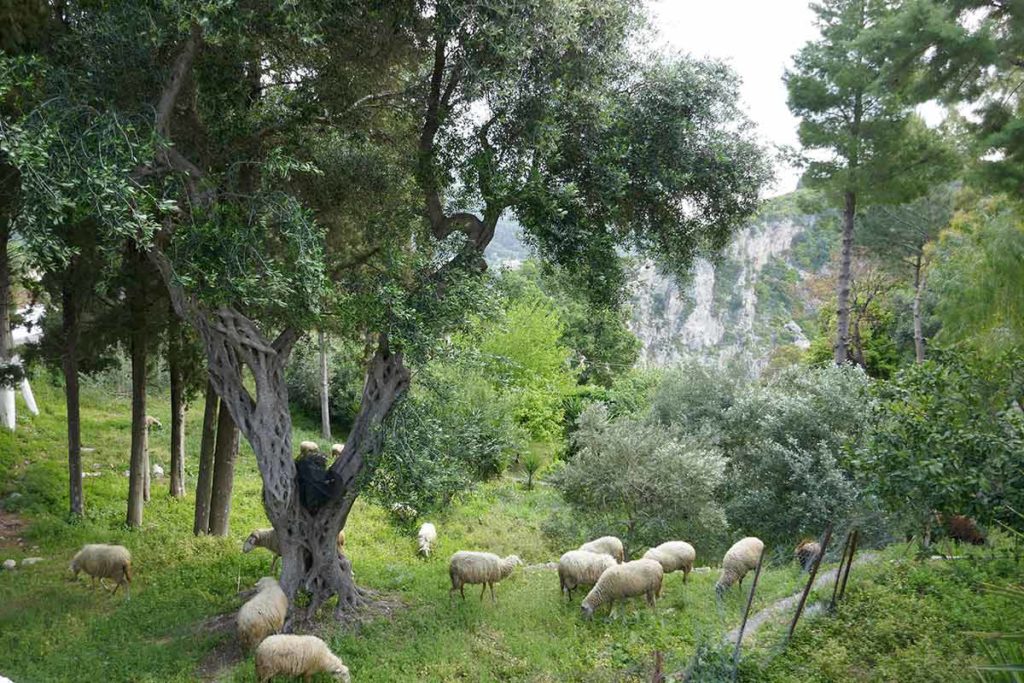 Exploring Corfu with Nick the Greek

He told us a lot about black money, as we drove to Palaiokastritsa, a village in the North West of Corfu. Paleokastritsa has long been considered one of the most beautiful villages in Corfu because of the exceptional scenery and superb beaches. The Monastery of Virgin Mary of Paleokastritsa is set high on a dramatic cliff overlooking the very bright blue scene. The gardens of this church are suitably Greek with cascades of flowers, and an ornate Orthodox church to explore. 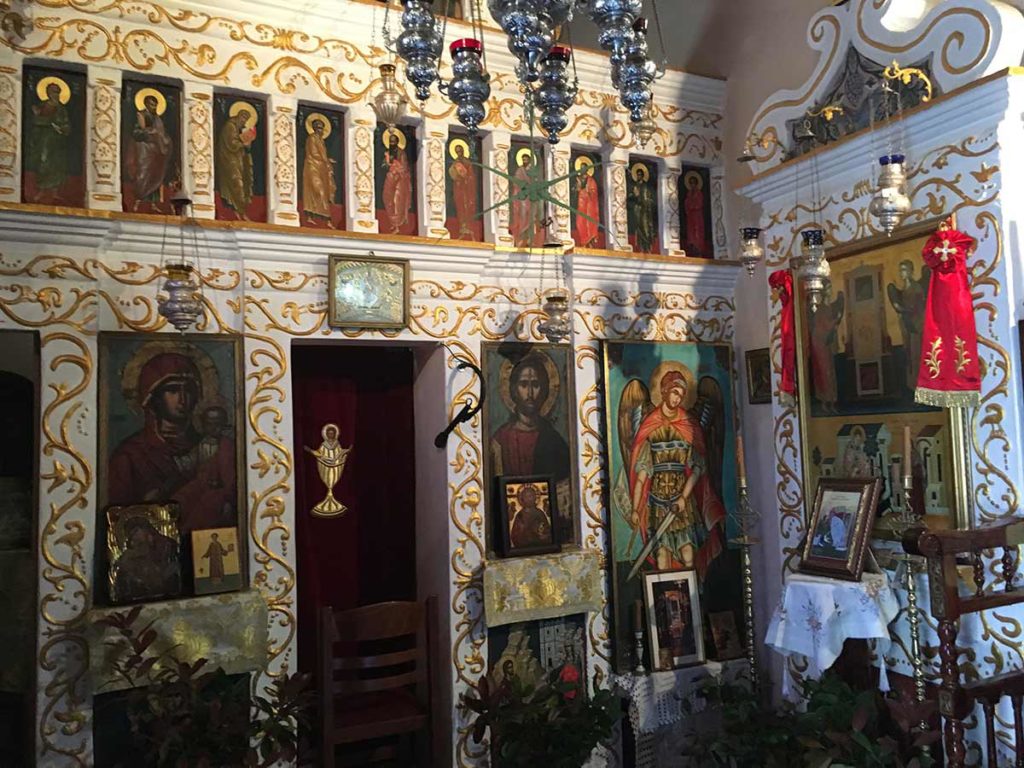 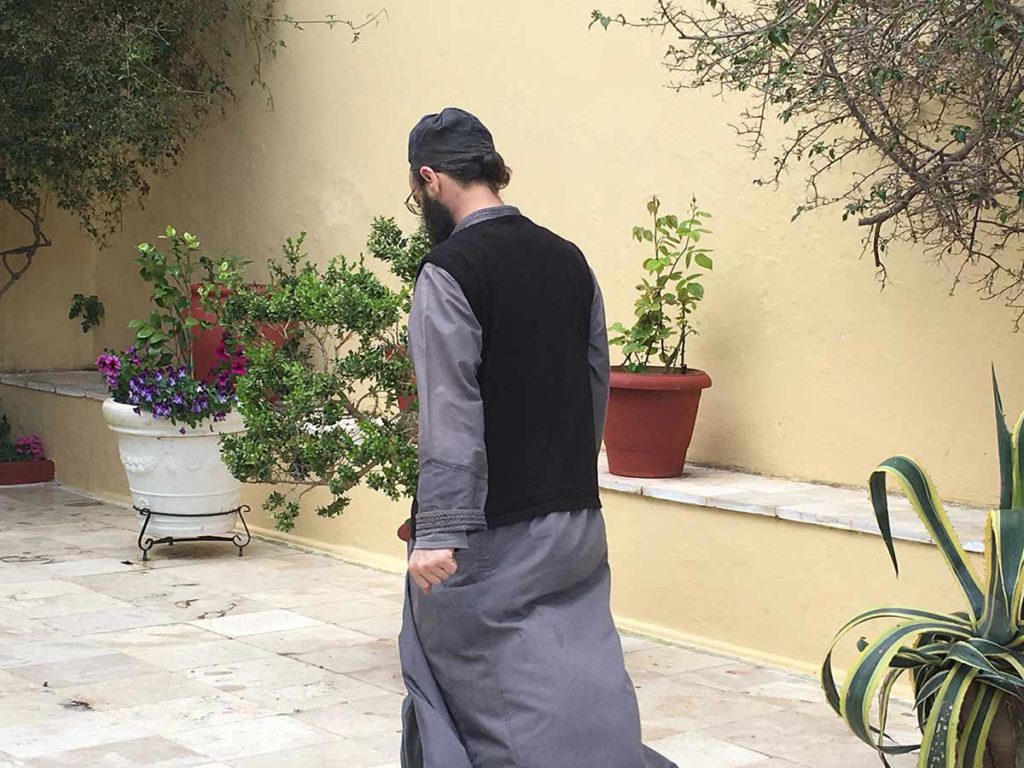 Nick the Greek continued our journey, occasionally telling other motorists to fuck off, and he told us more about the island’s financial woes, and the Greek way of avoiding paying any taxes. He said this was black money. 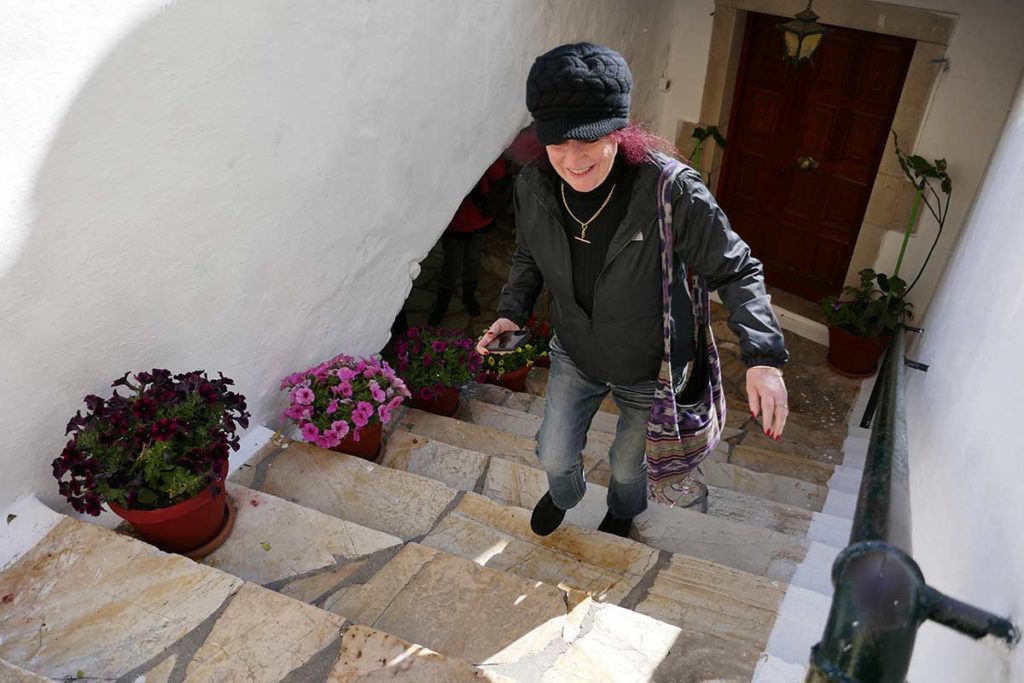 What we do know about Corfu

Nick the Greek told us with great authority that Corfu was the 3rd largest Greek island. Now because Nick the Greek could have told us anything, I did later check this information. He scammed us again, as it is about the 7th largest of the Greek isles. I verified this, and it is true. The first tennis club in Greece comes from Corfu, founded by the English in 1896, again true. Prince Philip, the Duke of Edinburgh, husband of Queen Elizabeth 11 of England was born in Corfu...again true, but we knew that anyhow. 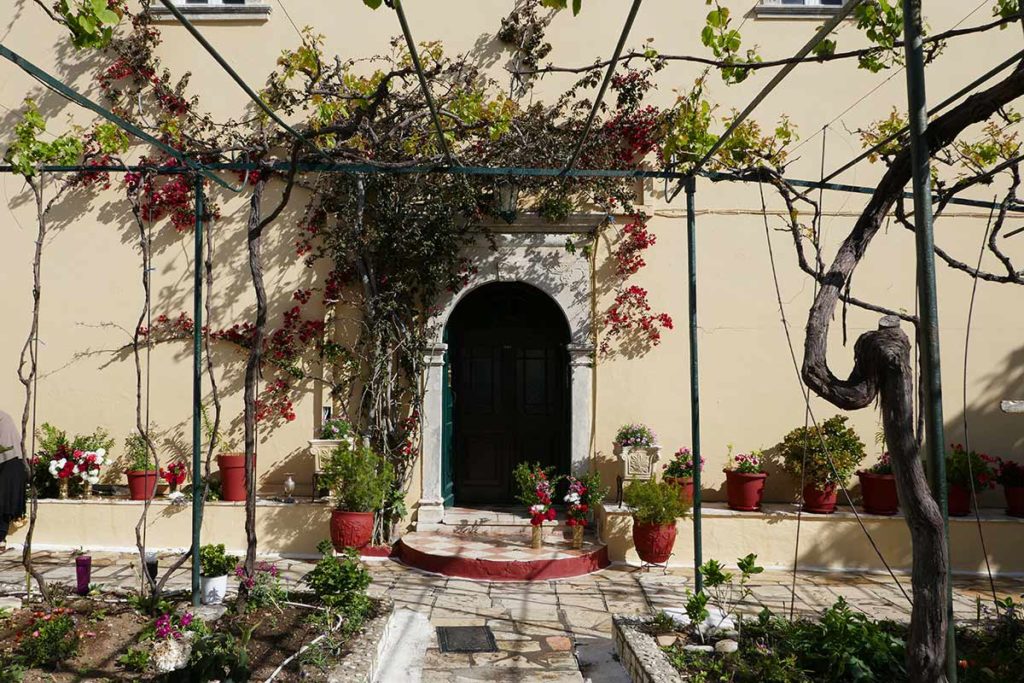 Corfu has more issues than taxes

Corfu is a green island; we could see this for ourselves. It is a large producer of olive oil and local wine. They also make cumquat liqueur, as Chinese Kumquat shrub grows only on Corfu island. However, and this is where Nick the Greek spoke truthfully, Corfu has an issue. The young people are leaving ..and not returning. They do not want to work the lands that their parents and their grandparents had. They do not see a significant enough return on their time, and nor do they have the interest. Subsequently, what would have been lush market gardens are now left fallow. He worries about this, and probably with very good reason. Without tourism, Corfu have lost a lot of their ability to export their produce. 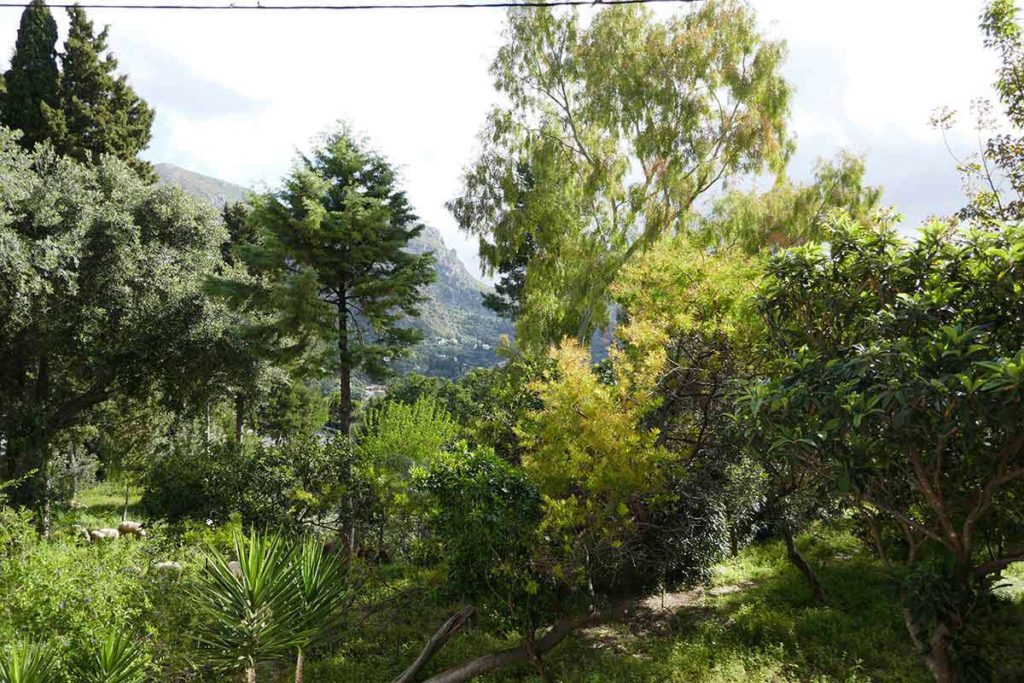 Tourism is the best thing for Corfu

The island is surrounded by the sparkling Ionian Sea, and this makes it an attractive destination for Europeans wanting a holiday getaway. As there are 119 beaches on Corfu, the water is crystal clear, and the weather is fantastic this is a no-brainer. It is also a very popular stop for large cruise ships, such as the one we were on. So if we get scammed a little …so be it. 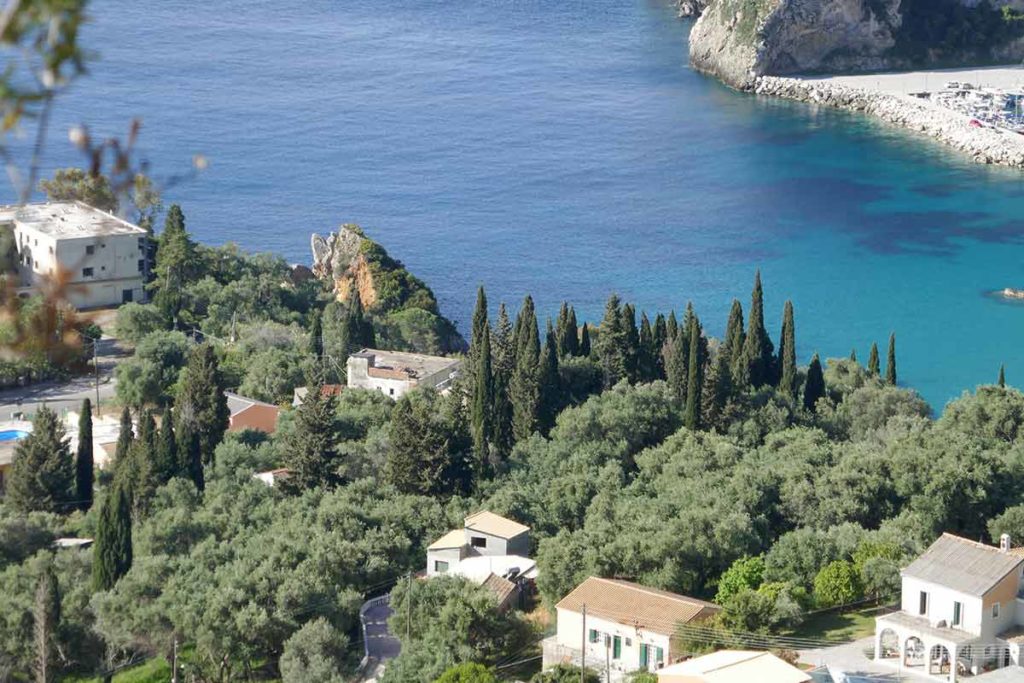 Exploring the Old Town on the Greek island of Corfu

We ended up back at the Old City of Corfu in time to wander the two forts and to enjoy the ambiance of the cobblestoned streets. The Old Town is a UNESCO World Heritage site. We had previously been to Dubrovnik and Kotor, and these places are also Unesco sites. There is undoubtedly a lot of history and a lot of beauty in this area. You can read about What to do in Dubrovnik for a Day and exploring Kotor in Montenegro for a day. 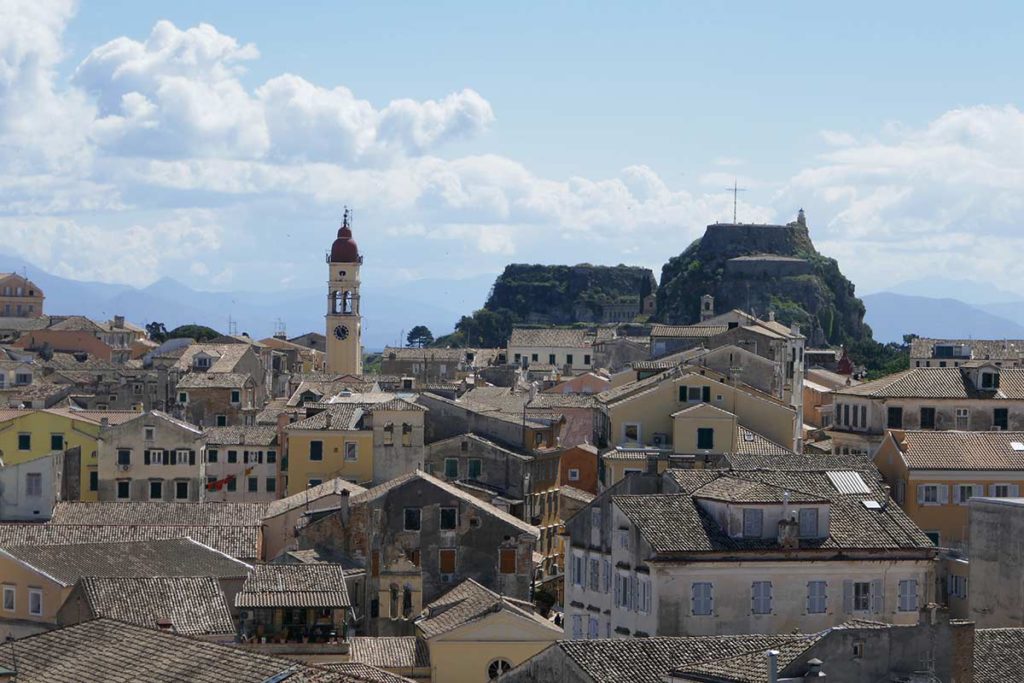 Wandering the maze of streets, you see terraced gardens, balconies, shrines, churches, tavernas, bistros and shops in every corner and this makes the Old Town Corfu a very pleasant place to amble the hours away. 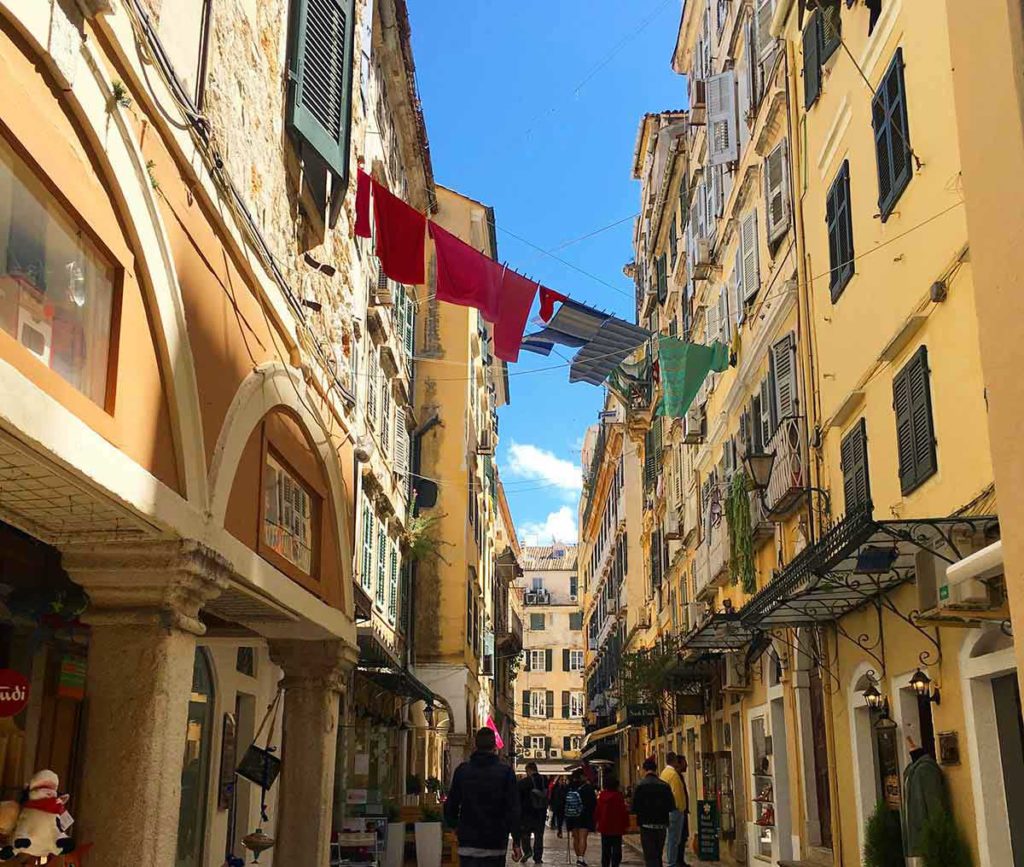 The Old Fortress was built in 1546, and the entire city once lived within these walls. It is worth exploring to look down on the Old City and to see the beauty of the surrounding water. The New Fortress was built by the Venetians in 1577 to strengthen the defenses of the new town. These forts sit at either end of the old town. 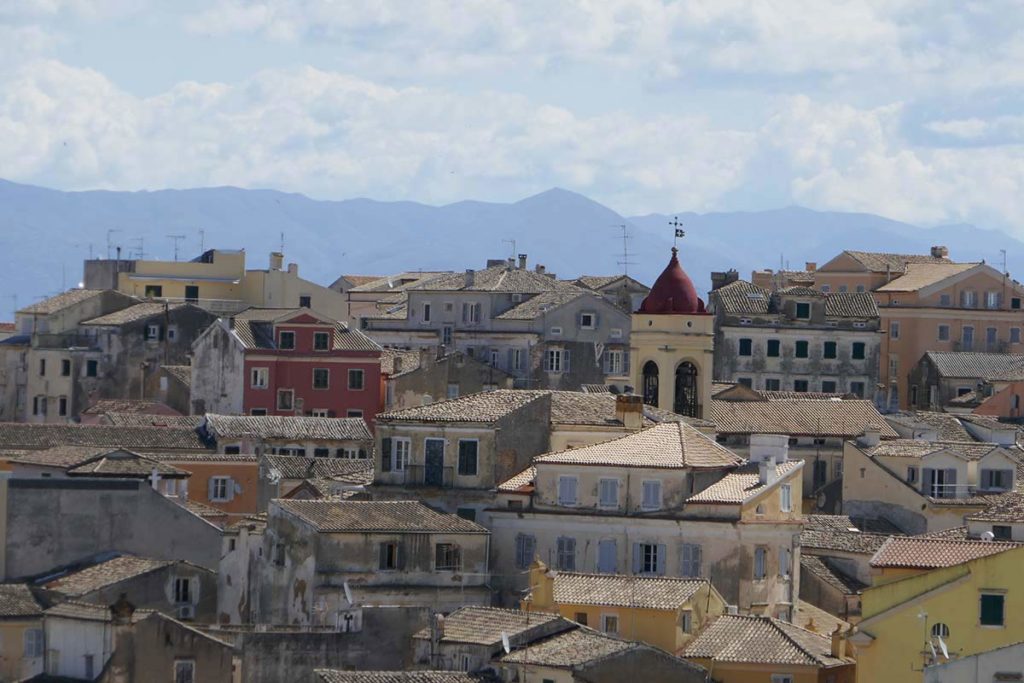 This is the medieval quarter of that has been given UNESCO status. It is a labyrinth of narrow, winding streets, steep stairways, and secretive little squares. Washing lines are strewn out like banners across balconies showing that this is a living city. There are cobbled stoned squares with central wells, where people gather to talk, and all of this is surrounded by old churches and historic buildings, that sit nicely next to modern stores and offices. 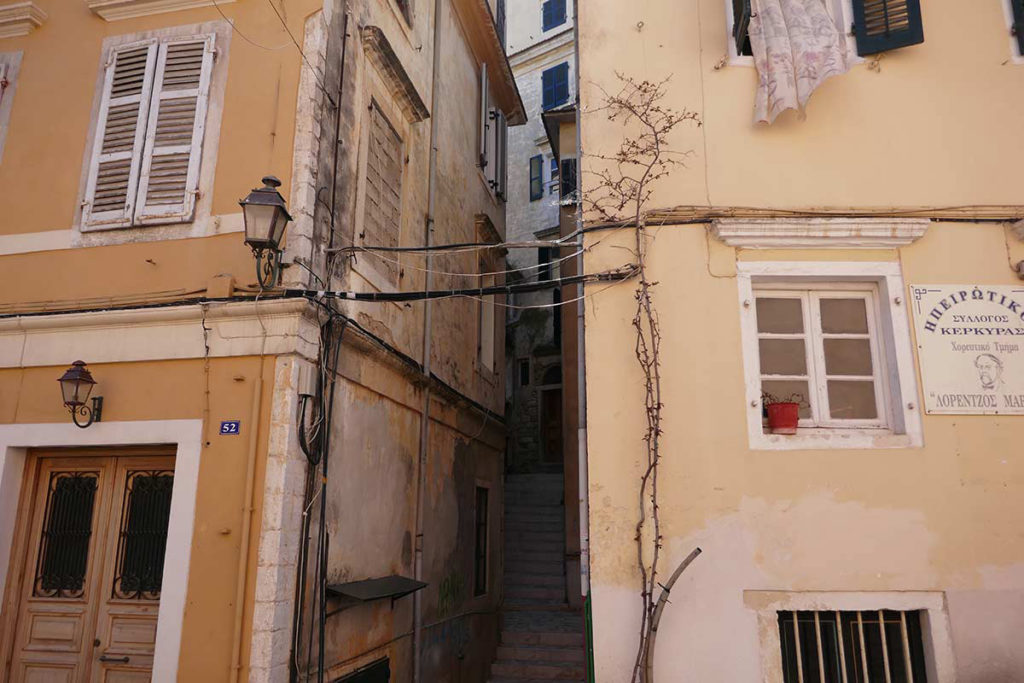 Another notable landmark in Campiello Corfu is the central market. The most interesting street here is Nickiforou Theotoki where you can view the building of the Ionian Bank, which was built in 1846. On the first floor of the building, the Paper Money Museum is housed. (Nick the Greek would be unimpressed). You can also visit the Church of St. Spyridon which shelters the body of St. Spyridon, the patron saint of Corfu and one of the great Saints of Greek Orthodoxy. 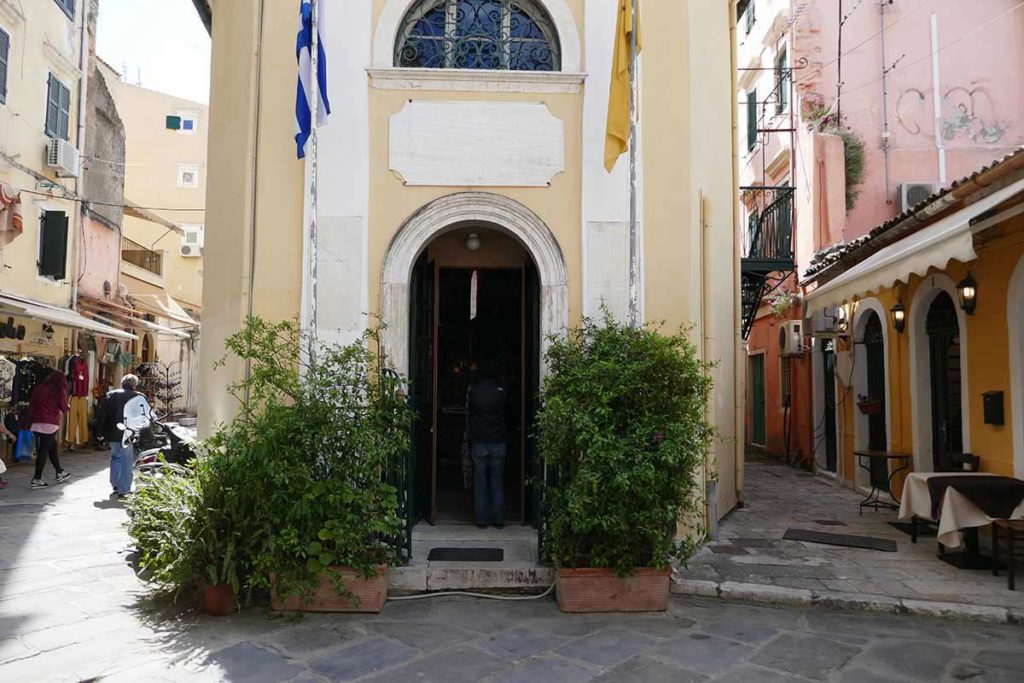 Enjoying the Esplanade or Spianada in old Corfu town

As you wander around, there are many surprises like Corfu’s Esplanade or Spianada in old Corfu town. There is a large park area running between the town and the old fortress which is a beautiful public park full of trees and garden seats, while a small part of the Esplanade still hosts the old English cricket field.  At one end of the Esplanade is the Royal Palace of Corfu also called St Michele and St Giorgio Palace which is now home to the Museum of Asian Art. The Liston is home to a range of coffee shops and restaurants, where locals and tourists sit, eat, chat and watch the world go by. 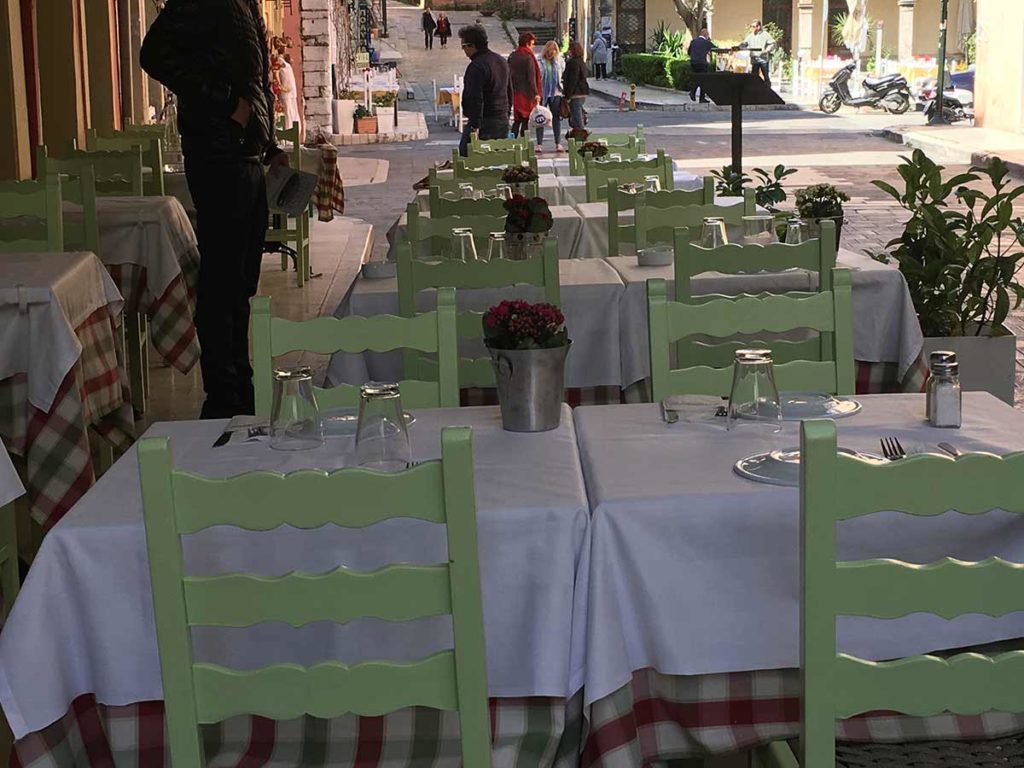 We enjoyed our time with Nick the Greek and exploring the island of Corfu in Greece. Whether we got slightly scammed was irrelevant. We found out a lot more than just the normal tourist information. We got to delve into the Greek mind of the art of avoiding paying taxes and more. Look for Nick the Greek when you are exploring the island of Corfu in Greece – although he could change his name. 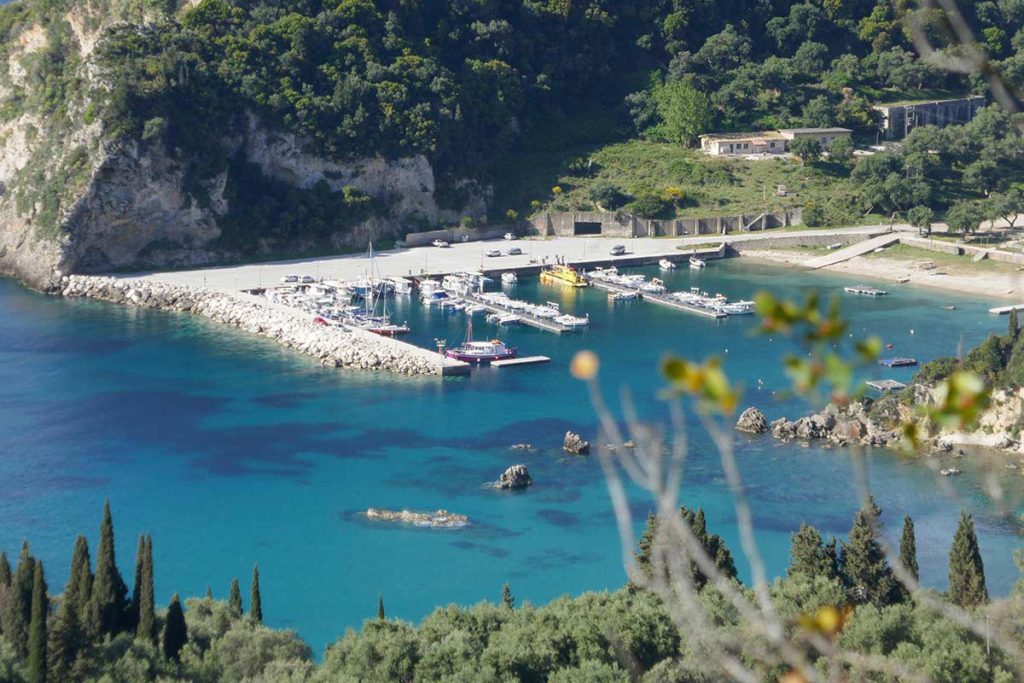