Visiting and Discovering the City of Stavanger in Norway 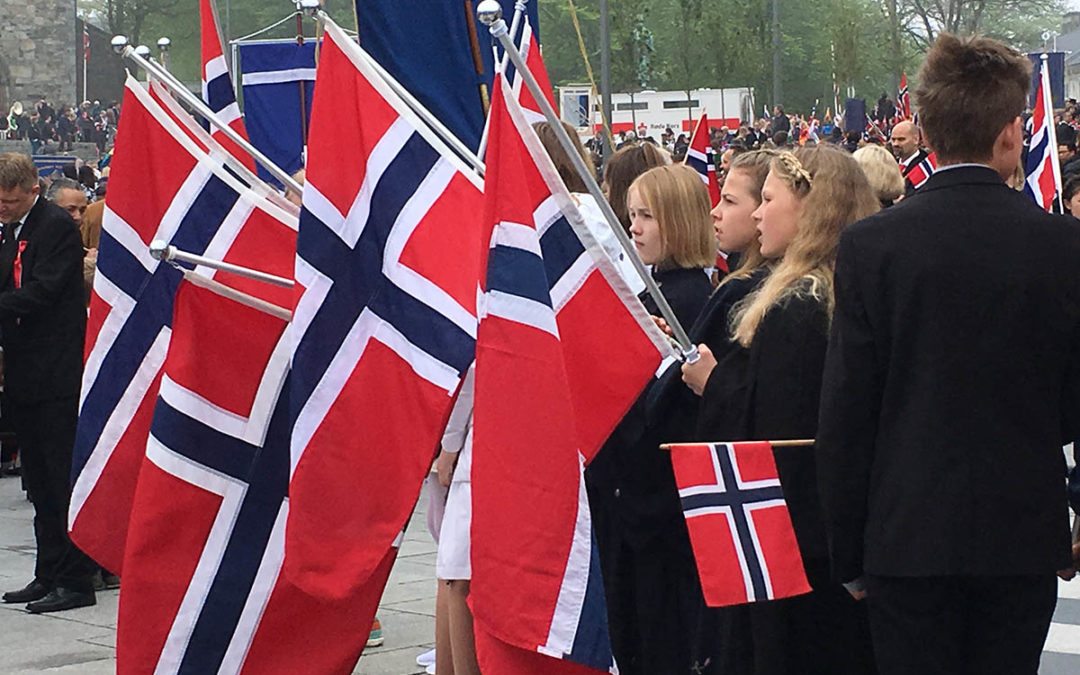 We had the distinct pleasure of visiting and discovering the city of Stavanger in Norway. This is a cool little city, which also happens to be a city of great Norwegian pride, and also a city of amazing street art. We had previously visited Flam and Kristiansand in Norway, and can safely add Stavanger as one of the best places to visit in Norway. 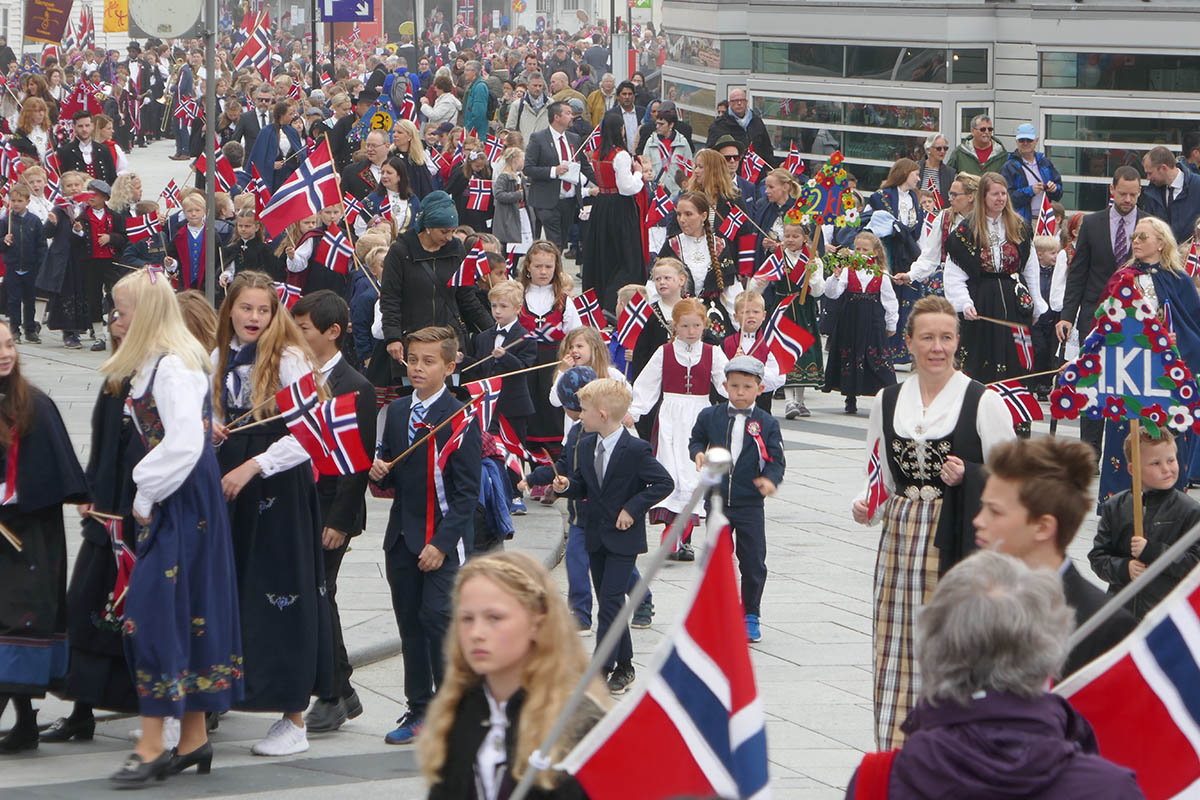 Our Arrival in Stavanger

On the day we arrived, we were met with a riot of color, music, and celebration. It was the National Independence Day of Norway; an event held with great gusto to celebrate the countries independence. According to Visit Norway, the day is celebrated with “Marching bands, parades, traditional costumes and ice cream. A lot of ice cream. The celebration of the national day is a party like no other in Norway”. The day is also an opportunity for men and women to show off their “bunad,” Norway’s traditional costumes. 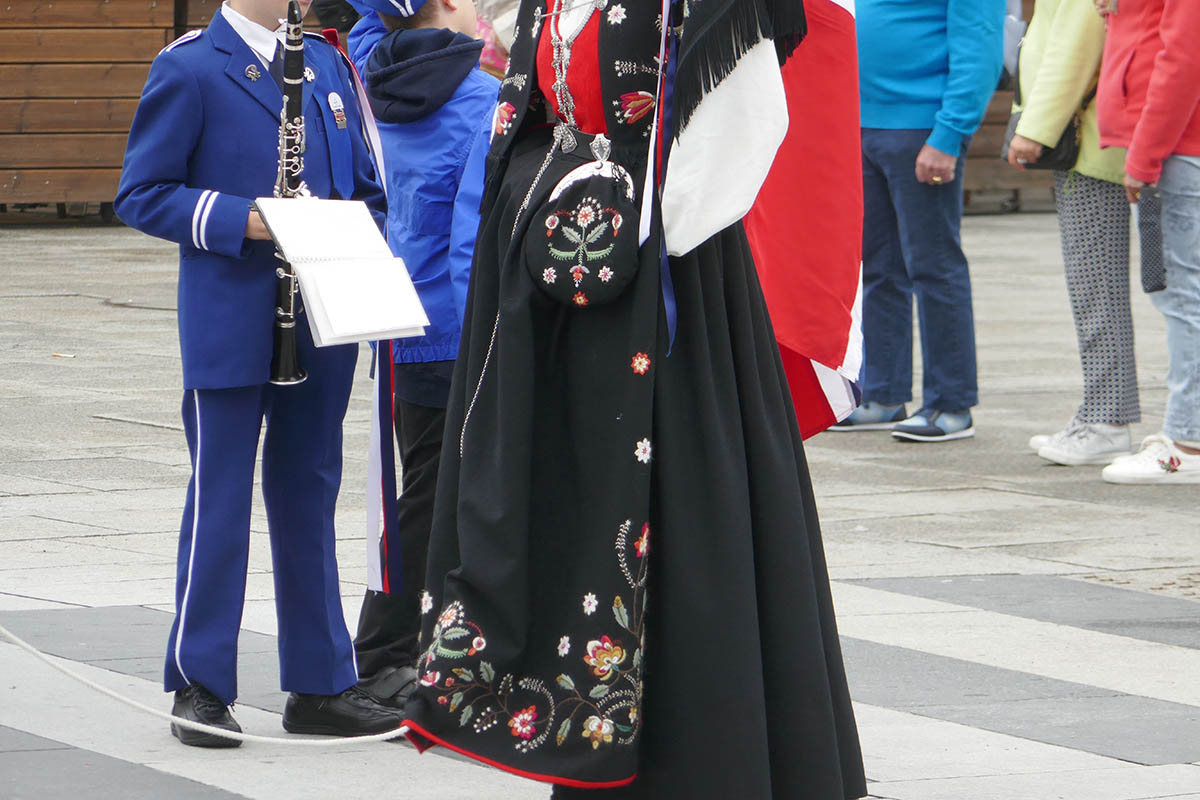 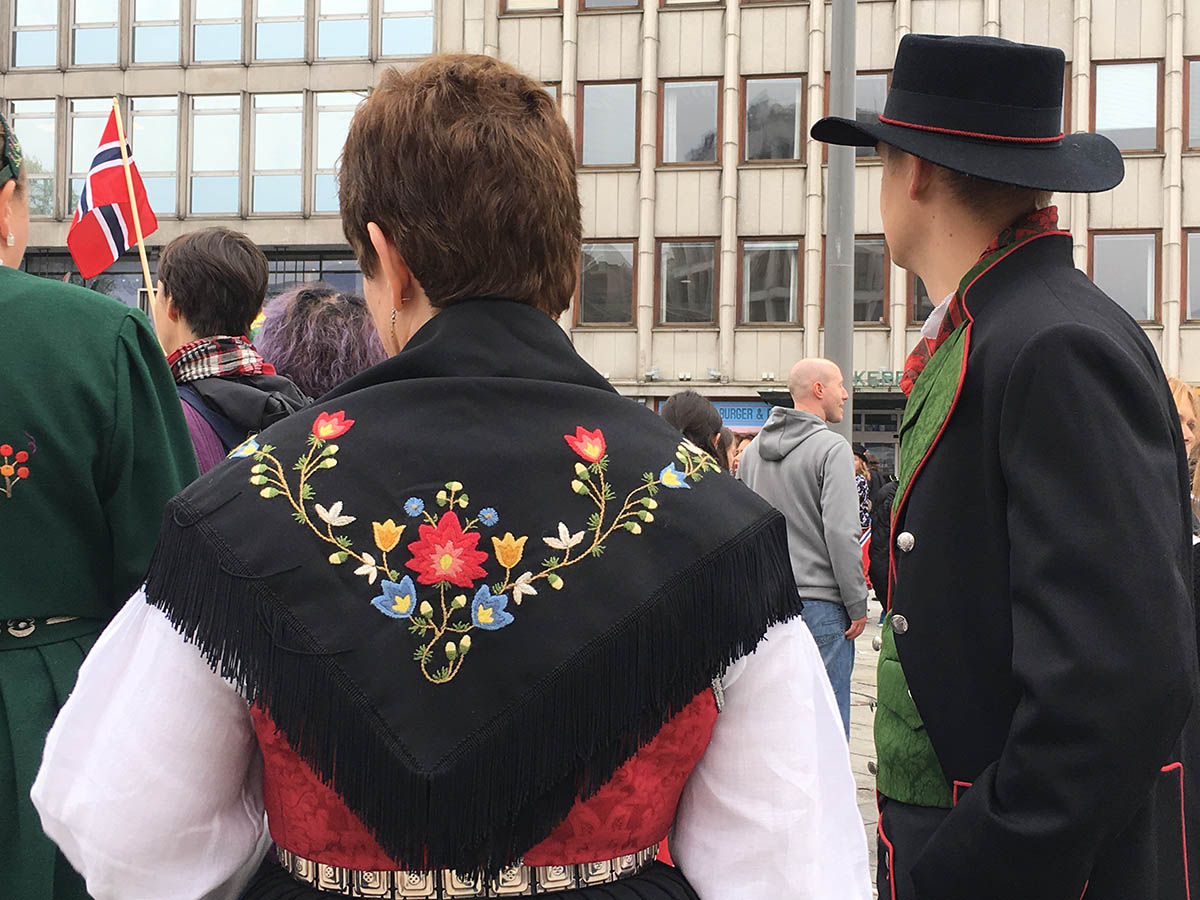 It appeared as the though the entire town was down at the city center, as the little children from the schools paraded through the streets, followed by the adults. In the afternoon the city erupted as the high school graduates celebrated their end of schooling, in what amounted to one giant piss up with music and some quite uniquely Norwegian rituals, which seems to involve becoming an adult very quickly, if you get my drift.

Stavanger – The city of street art 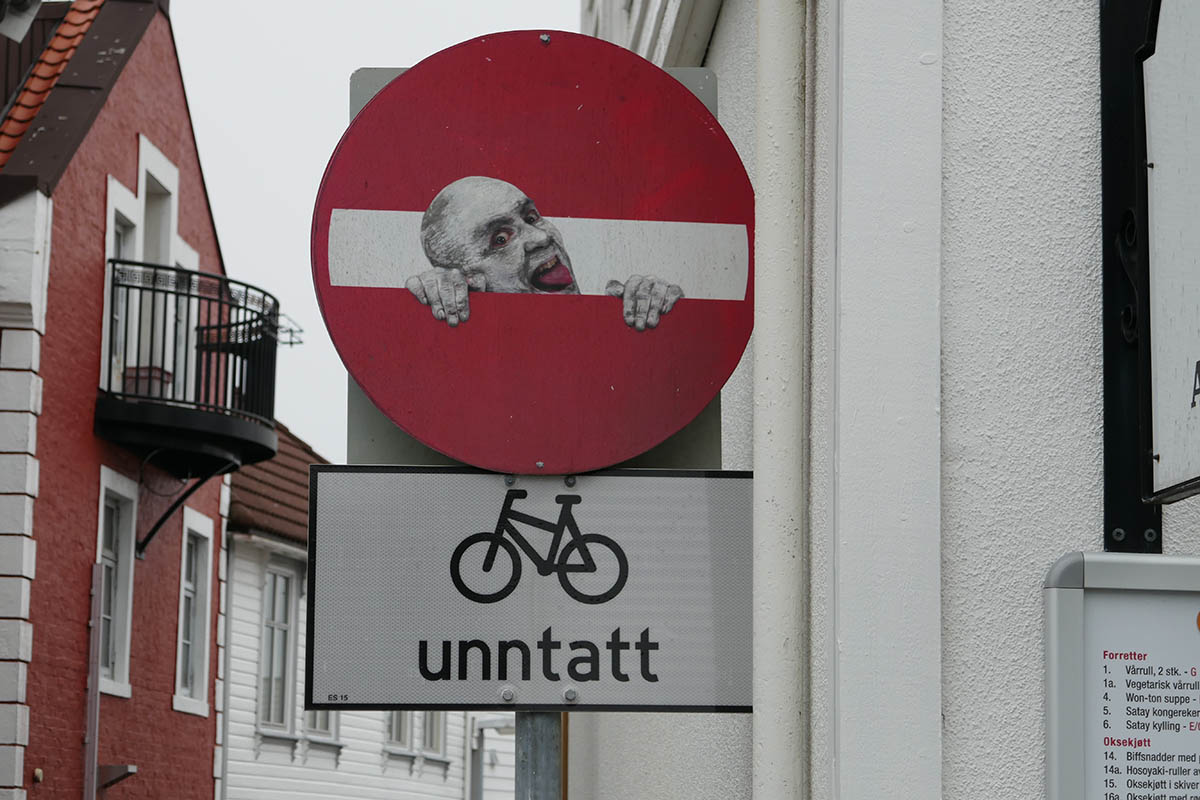 While we enjoyed the celebrations, we had a game plan to find as many of the street art pieces as we could, and it ended up being a treasure hunt, and a great way to discover the city of Stavanger, and particularly the old town of Gamle Stavanger, and the best preserved old white houses. We basically had the city to ourselves, since most people were at the celebrations.

Path of Peace in Stavanger, Norway

We could have done another treasure to find all of the footprints on the the Path of Peace, an ongoing project by the human rights foundation Point of Peace, which “is a human rights organisation based in Stavanger, Norway, with a mandate to support Nobel Peace Prize Laureates in urgent need of media, dialogue and communication assistance in their home countries and internationally. There are footprints of several of  the Nobel Prize winners and peace advocates to form a pathway along the bay, including  the footprints of Rajendra Kumar Pachauri, Nobel Peace laureate; Desmond Tutu, Al Gore and Bob Geldof, Africa-activist and rock musician.

We also wanted to find out whether this picture postcard perfect city might be a little edgy also. This was confirmed fairly quickly when we saw a sign in front of a coffee shop declaring, “No Coffee. Fuck Off.”, on the colourful street of Øvre Holmegate, as they were too busy celebrating their national day. Fair call, and I thought we might like visiting Stavanger a lot, and we did. You can read about the street art of Stavanger, Norway here. 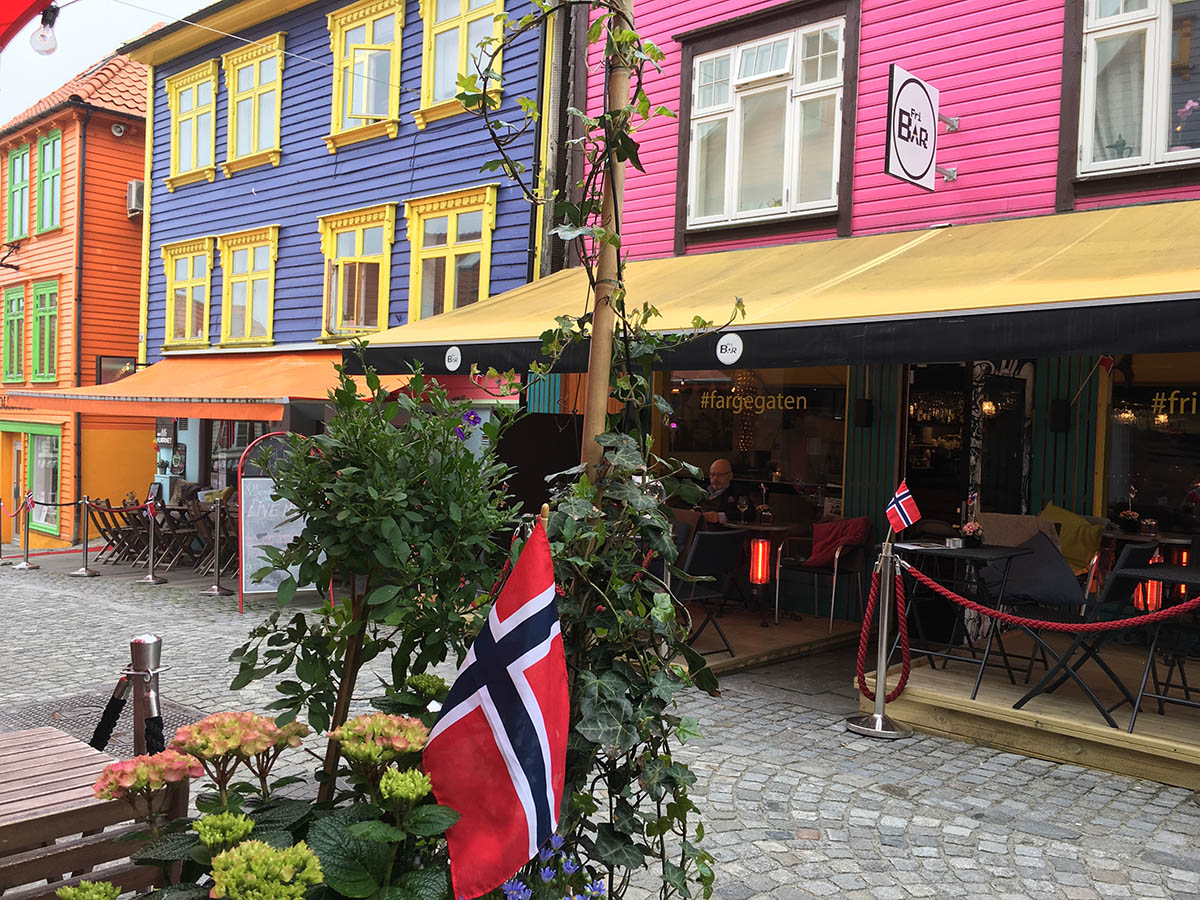 There are some car-free streets in Stavanger, and we could see the surrounding picturesque mountains, plains, and the ever present Norwegian waterfalls. You just can’t deny that Norway is a beautiful country. We spent a long time in search of some of the avant-garde art that sits comfortably next to pristine white houses with immaculate gardens, and cleaner than clean streets. What we found, showed us that there are many many sides to this idyllic city. 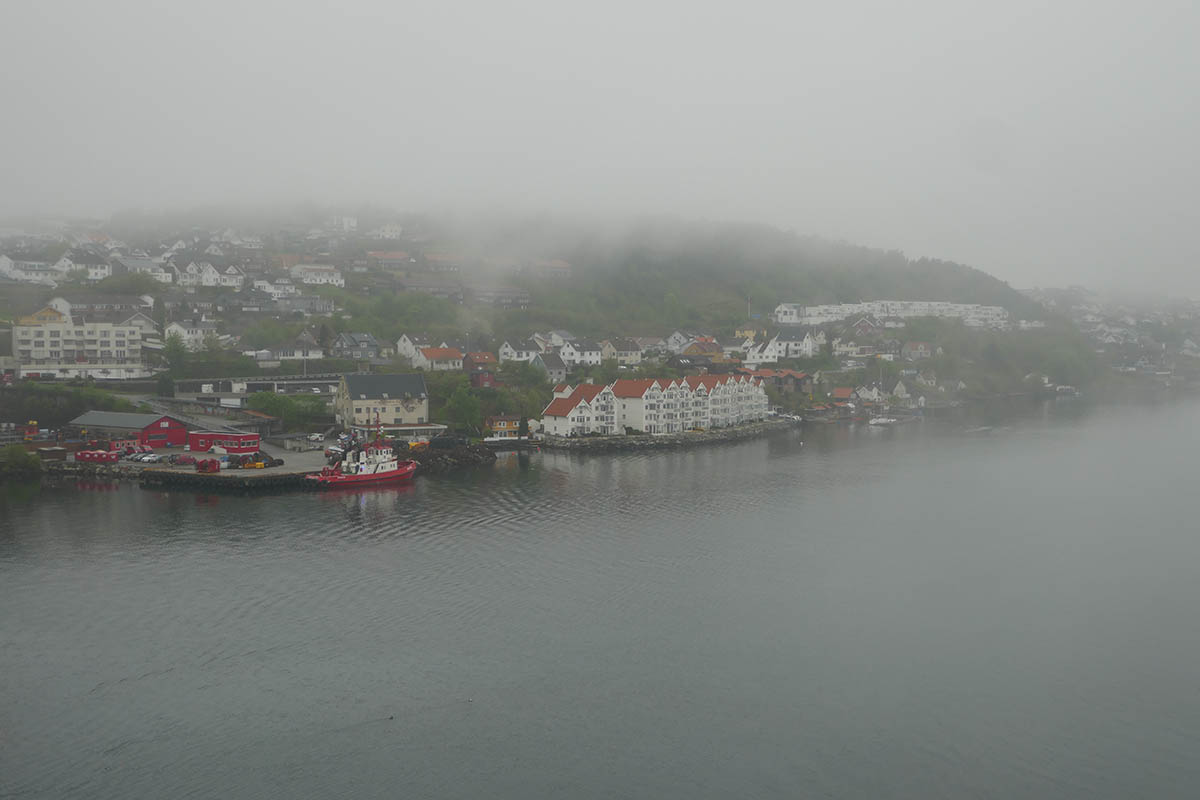 Stavanger in Norway lies on the northwest coast of the North Sea. As the fourth largest city in Norway, the discovery of oil in the North Sea near Stavanger changed the city enormously. In saying that it looks anything but an industrial city. While it is also home to NATO’s Warfare Centre, the town looks pristine, and let’s face it ..very affluent. There is also a Norwegian Petroleum Museum, which traces the history of off-shore oil operations on the Norwegian continental shelf.

Stavanger in Norway is home to many different people from around the world, working in this profitable little oil capital city, and perhaps this has influenced their engagement of the arts. The city has a population of 132,100, and many prestigious educational institutions, including many international schools, are in Stavanger. 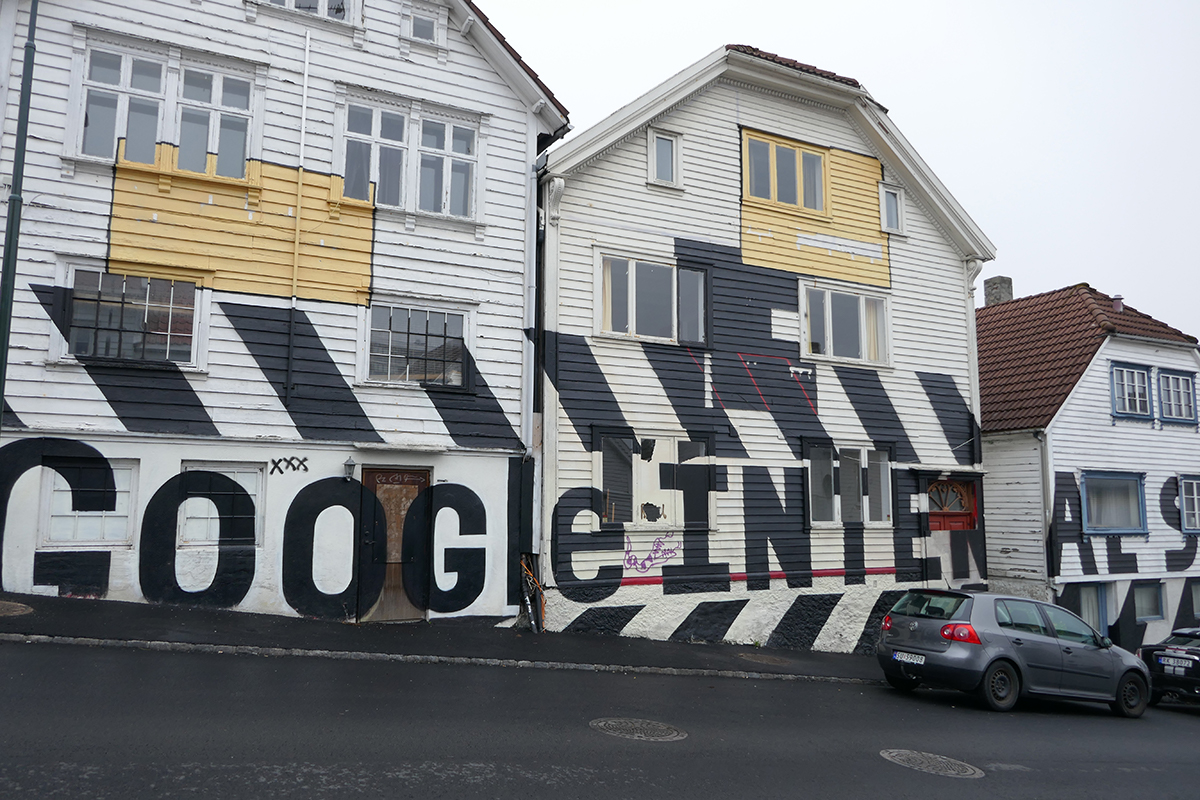 Visiting and Discovering the City of Stavanger in Norway, showed that it is undoubtedly a wealthy city and an educated city, and this is obvious everywhere. It also appears as a city with an underbelly, I would suspect. All in all, Stavanger felt a little like Pleasantville in its perfection, though the ‘fuck off’ coffee shop message might have put an end to that. There was an edginess that I was not expecting.

Stavanger in Norway is the City of Street Art