Y is for Young, NSW – Cherry Capital of Australia 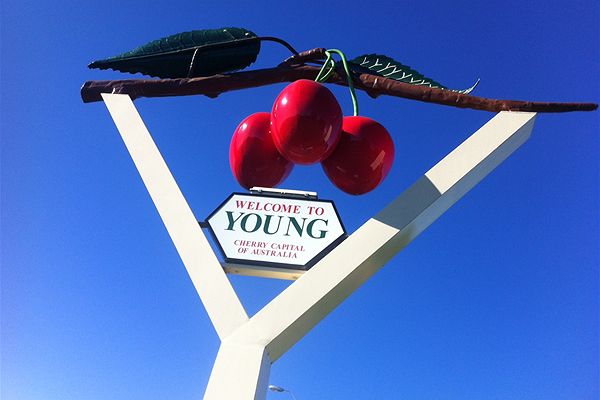 Where is Young in NSW

Young is a small rural town in NSW and is known for its charm, is stunning countryside, vineyards, orchards, and its inglorious history. The distance from Young, New South Wales to Sydney, New South Wales is 379 km by the driving route.

Young was originally called Lambing Flat because this is where many spring lambs were welcomed.

It was here that the infamous Lambing Flat riots took place. In 1860 gold was found here and within 12 months some 20,000 miners were busy extracting the precious metal from the earth. Amongst them were about 2,000 Chinese miners.

The European miners deeply resented the Chinese and in 1861 riots began with the Chinese being forced from the fields time and time again.

The Chinese gold diggers worked in large organised groups, covering the entire ground’s surface, so that if there was any gold there, the Chinese miners usually found it. They lived communally and frugally and they worked hard.  The Chinese gold miners were used to long hours of hard work and worked as part of a highly regimented team.  They were accustomed to simple sleeping quarters and basic food, and were satisfied with a much smaller return of gold than the majority of Europeans. The other miners were angry that the Chinese were getting the gold and they weren’t.

This led to the Lambing Flats riot, which was the worst anti-Chinese riot in Australian history. It was here that angry and drunken miners attacked the Chinese and cut off their ponytails, which was a gross insult to them. The troopers arrived from Sydney and the government of the day stepped in and sorted the situation 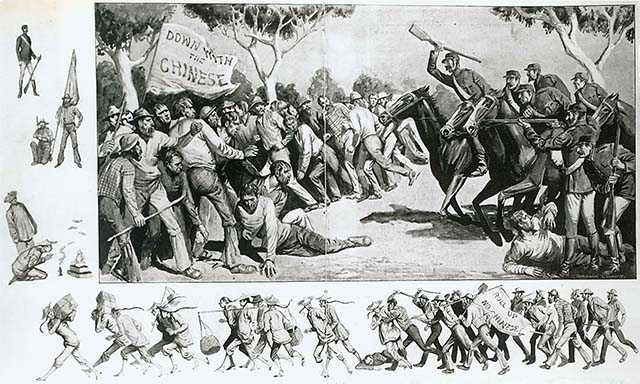 Nowadays the Chinese are an integral part of Young and everyone lives harmoniously in this pretty little town.

In 1861 Lambing Flat had its name changed to Young, named in honor of His Excellency the Administrator of the Government and probably to distance themselves from this disgrace. Ironically the Chinese community of Young holds an annual Lambing Flat Chinese Festival, which the entire town loves. The festival is a tribute to the Chinese and their contribution to the development of modern Australia. 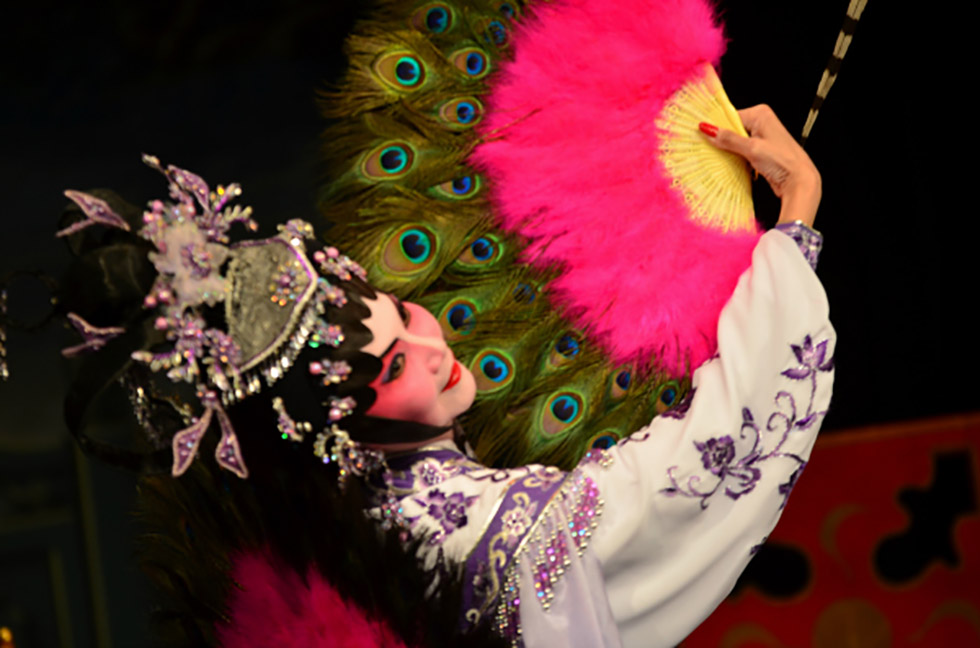