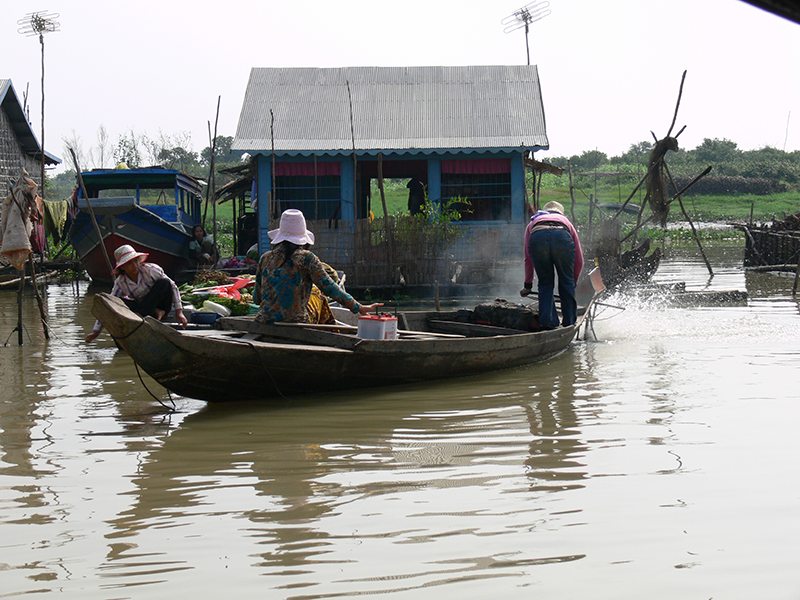 This is our experience about Visting Battambang in Cambodia. Sometimes the inspiration or the motivation to visit a place is totally random. Why we chose to go to Battambang, rests squarely on my shoulders, and the ensuing boat trip from hell also does. I like Angelina Jolie. She is a wild child with little to no boundaries. That is something that I identify with – and that’s where it ends. She’s gorgeous, and I’m not. There you go.

So we were going to Cambodia, and I suggested that we might like to sail down the river to Battambang. This is because it was a little different from Phnom Penh and  Angkor Archaeological Park at Siem Reap. I had read that Angelina Jolie had visited orphanages in Battambang, and as un update to this post, is currently filming, “First They Killed My Father,” in Battambang Cambodia (2016), to the bemusement of the local people.

Battambang is located in the far northwest of Cambodia. It seemed a good idea at the time to see something a bit different and taking the boat from Siem Reap along the Tonle Sap river should be an experience. It was said it could be about 5 hours and what a way to see the local sites. 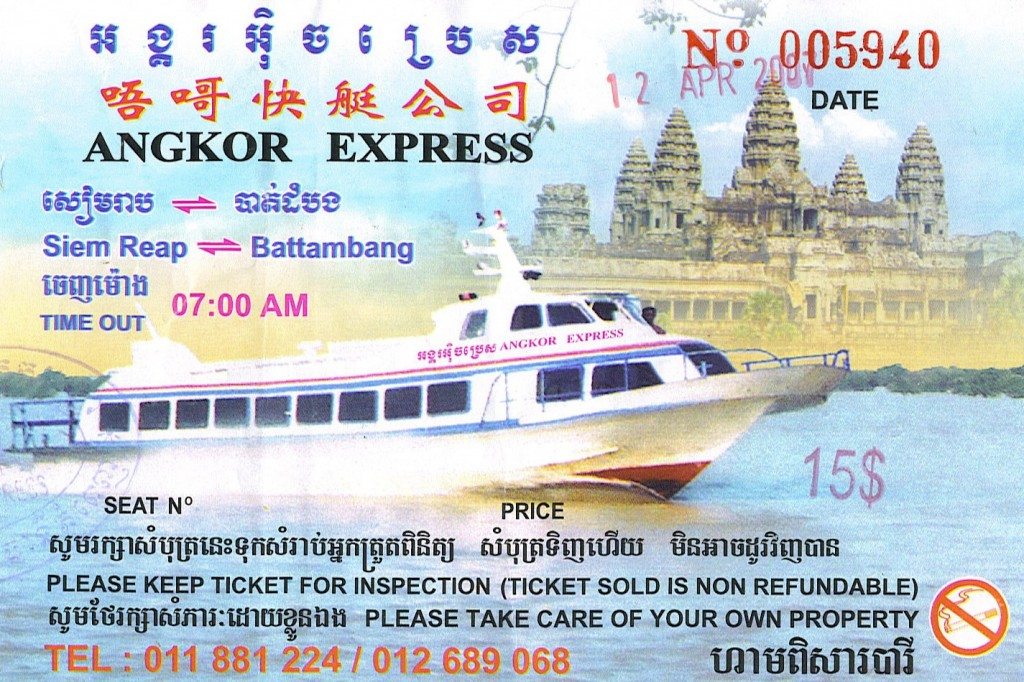 So, we bought the tickets and woke early to get to the dock. The ticket as can be seen here showed a nice cruiser. We thought, this will be a great day. There is nothing like a different travel experience.

Starting to get a reality check when Visting Battambang in Cambodia

We got to the dock and after literally wading through knee-deep mud, we got to the bank as there was no dock of the bay, and there were 3 small flat boats. We were herded onto one. I said to my husband “this has got to be wrong” but we just followed, like sheep to the …. . Next thing the boat next to us sank – at the bank/dock/wharf/pier. 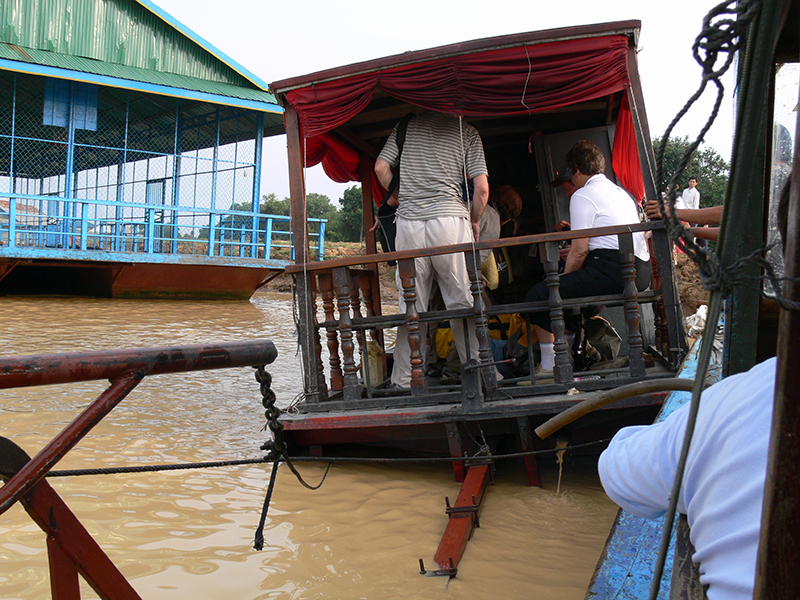 After they got the people off the boat and out of the water, they hauled the boat back up, and emptied out the water with plastic buckets. Our sensible boat driver said ‘no-more on his/our boat’. So all 12 ,remember this, of us, cast off. There were only 2 other foreigners besides us. We noticed that all of the Cambodians had bags and bags of food. We had 2 rolls and a bottle of water each. 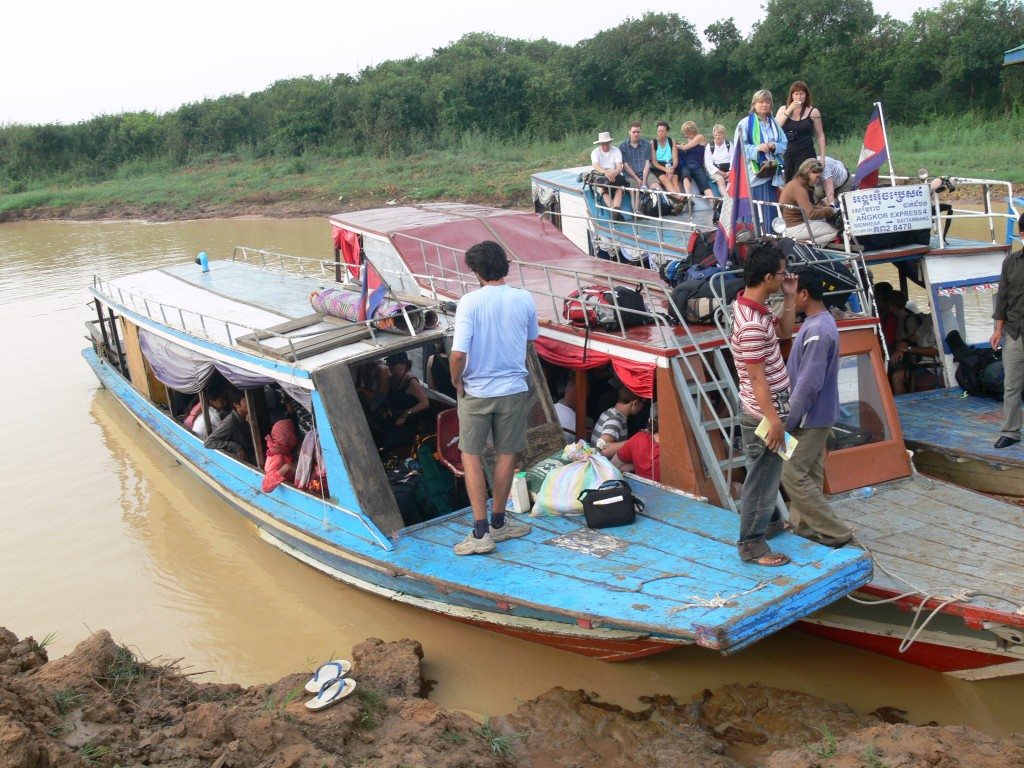 The reality of the Boat Trip between Siem Reap & Battambang

We kept going and I needed to use the bathroom – what is that word for just so not true – and made my way to it. I climbed up onto a drum of kerosene that led me to a forty-four gallon drum of diesel and up onto the toilet. Then we kept going and going and going, and watched as the Cambodian passengers kept eating and eating. After 5 hours we saw a town and were rapt. Much as this was a scenic trip, it was just a little too unusual for comfort. Yes, this was turning into a unique buy cialis 40 mg travel experience. 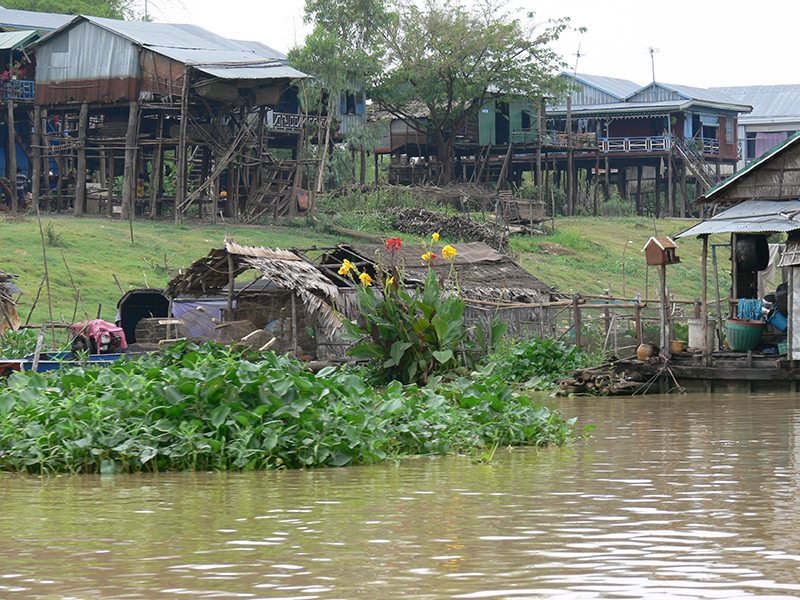 We saw a boat also pulling in and said where have you come from? They said “Battambang” We said “no, this is Battambang!” Apparently not! Battambang was still 6 and ½ hours away. This was not what I was expecting Angelina! So on we went, peed again, but we had some different relief. A flood of diesel running down the centre of the boat. 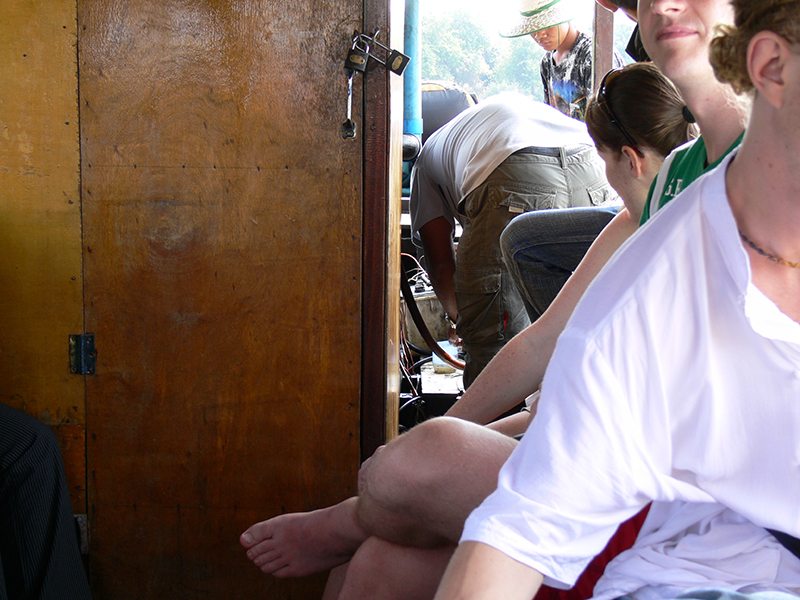 Because the river was low, the driver started heading for the shore and rammed into it. The young boy used a barge people to push us back into the trickle, and then the boat driver gunned it for the next bank. The barge boy again pushed us off and this was what happened for the next 6 and a bit hours of ‘the cruise’. The boat got stuck once and started to sink, well why not. and all the extra passengers on top of the boat got off the roof and pushed us towards a bigger trickle. We knew that the we must be getting closer to civilisation, some hours later when the Cambodians ran out of food 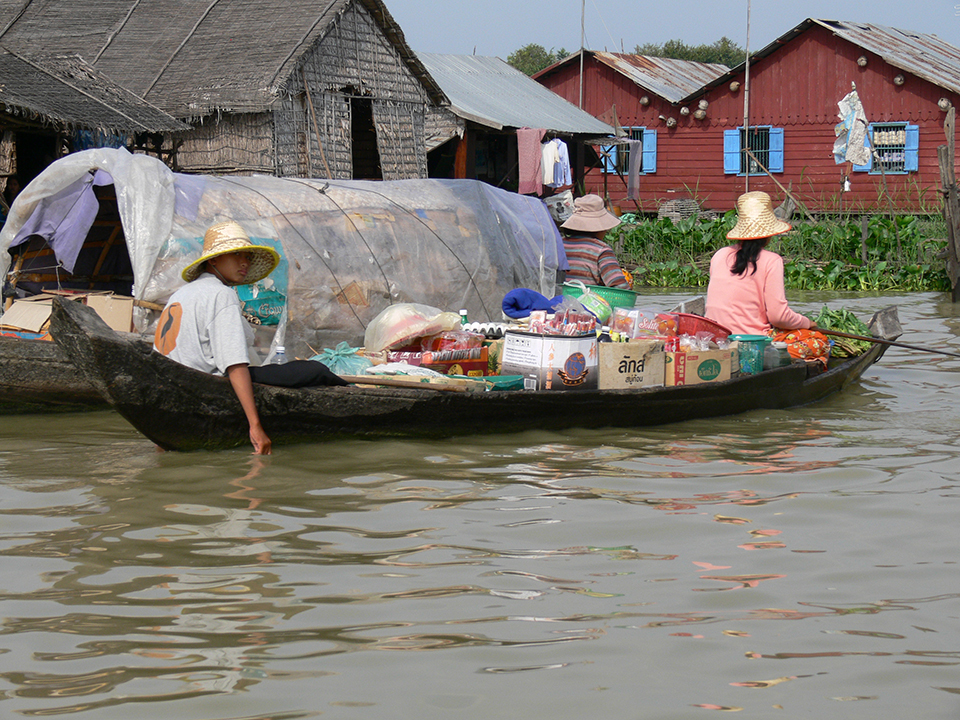 We did finally arrive at Battambang and were very much in need of a stiff drink or ten and something to eat. So we headed to our hotel that I had selected to put our bags way. It was a concrete prison cell. Seriously, the doors opened outwards. Again, my fault I guess. So, we went for a walk and saw people on their roofs with binoculars and walkie-talkies watching the sky. Apparently they are betting, and serious betting at that, on when the rain will fall. They are called the rain gamblers. 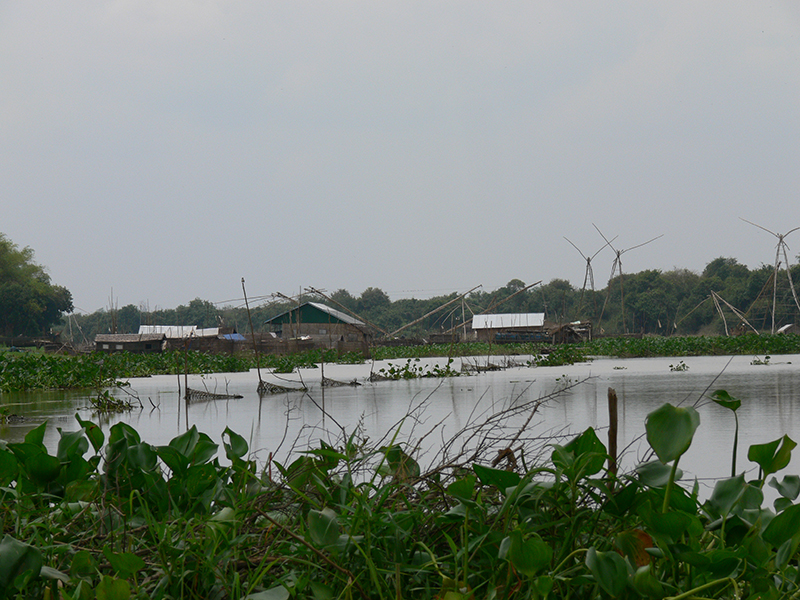 We found a café and went in for something to eat and a lot to drink. We happened to see the other two tourists from the boat that we had talked to along the way and agreed that we all should celebrate our safe, if not unorthodox, arrival.

So we sat at a pavement side table and rejoiced at living through that. We then heard the screeching of tyres approach, then this car hit the car right next to my husband and our friend. They were totally covered in glass as the car kept hitting car after car. We were all totally freaked out, because the boys were literally a meter from where it crashed and were bleeding, and things could have been significantly worse. We were all in shock. We thought the police would be here any minute as there were about 5 cars totalled and the problem car was rammed into one across the road. We were ready to be interviewed. I had seen to Gordon and worked out he was OK.

Everyone had run out of their shops, but when the car doors opened they all strangely went back inside and closed their doors while we tried to help the boys. Why wasn’t anyone helping us? No one went near the car either. A man then did stick his head out of a window and said to us “gangsters” Apparently that said it all. The police came, looked, and kept going. I guess this was the underbelly of Battambang who have had a very difficult past.

So Angelina – pet, dear, honey – because of you, we had this “unique experience” in Battambang Cambodia.I suppose that this is where you get the stories within the stories, and that this is what is called serendipity.

For a more positive take on Battambang, you might like to read about the reasons you should visit Battambang.