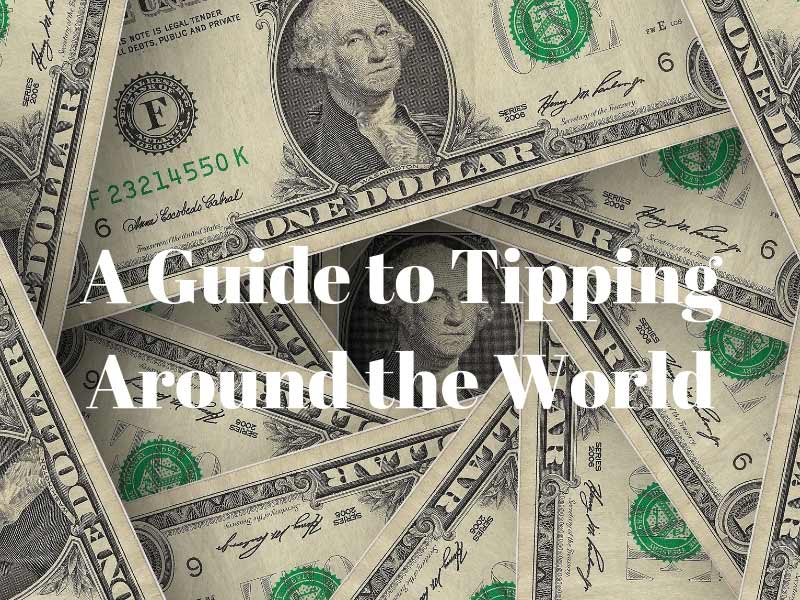 This is A Guide to Tipping Around the World. The etiquette of tipping in different countries, can be a source of consternation. The list is as comprehensive as possible, but feel free to add any others in the comments.

Tipping in different countries is one of those things that can make a relaxing holiday much more stressful if you are unaware of the etiquette of tipping in different countries. While people say ‘Don’t stress over tipping,’ the reality is, if you are not used to it, it does become a stressful situation because most people aim to do the right thing in the countries that they visit. As guests of the country that you visit, it is incumbent to have an idea of what happens. 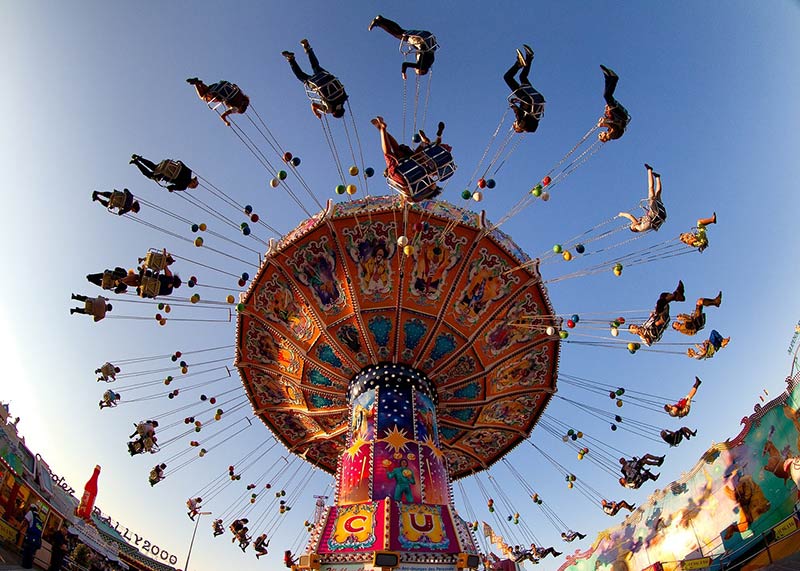 Our Experience with Tipping in America

We had spent two months in the USA, and trust me; tipping is a royal pain in the butt. I am sure we over tipped to be on the safe side, but it was always a situation that caused us some angst. Add into the mix that there are different ‘rules’ in the different states in the USA. Some states charge a sales tax, as well as the tip. Some include the tip in the bill; others don’t. Suffice to say, we did not see anything united in the United States of America with tipping.

I get it that many workers are not paid an appropriate wage, and they subsist on the tips they receive. Many people in the service industry were sure pleased with Gordon’s and my nervousness, and thus our overpayment on tips. It seems simple to me. Pay workers a proper minimum wage, or more for that matter, and get rid of the reliance on tips. Too simplistic? Probably, but we don’t have to tip in Australia, and it seems to work out just fine. Of course, if we love a meal or the service, we do leave a tip because we want to, not because we will be scared of any reprisals. 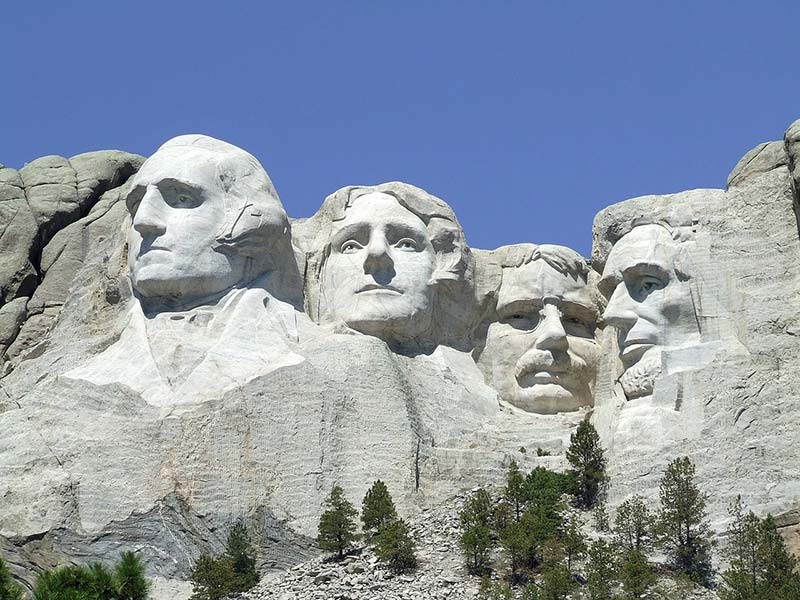 9 Reasons We Should Abolish Tipping, Once And For All

There are certain countries where you do HAVE to tip as previously stated, and the United States of America is one of them.

Tipping in the USA 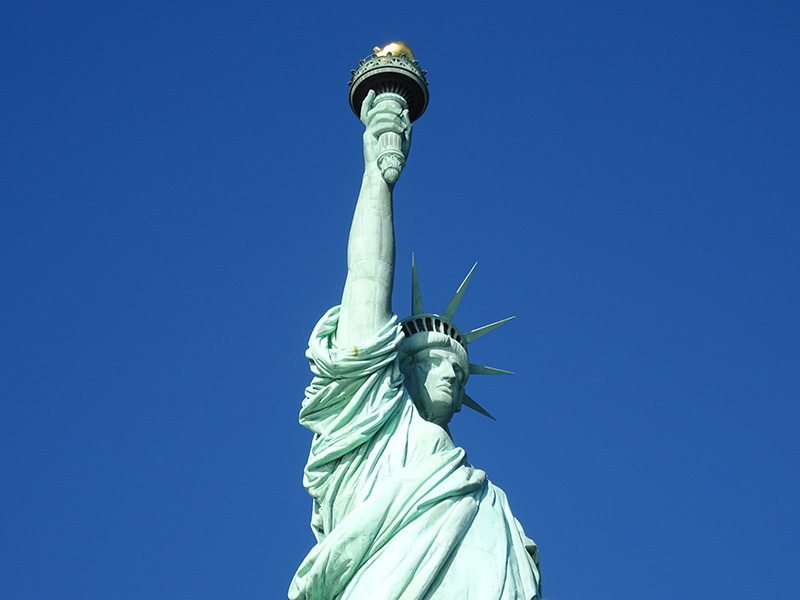 You will find that when you are given change, it will be in $1 notes. This is to help you out with the tipping in the USA. You will end up with wads of $1 notes, but you will quickly give them to anyone, and everyone who looks like they might provide a service.

Bell boys etc: $2-5 per piece of luggage
Man who opens the door for you: $2
The man who walks past on the way somewhere else: – hell, give him a dollar too. 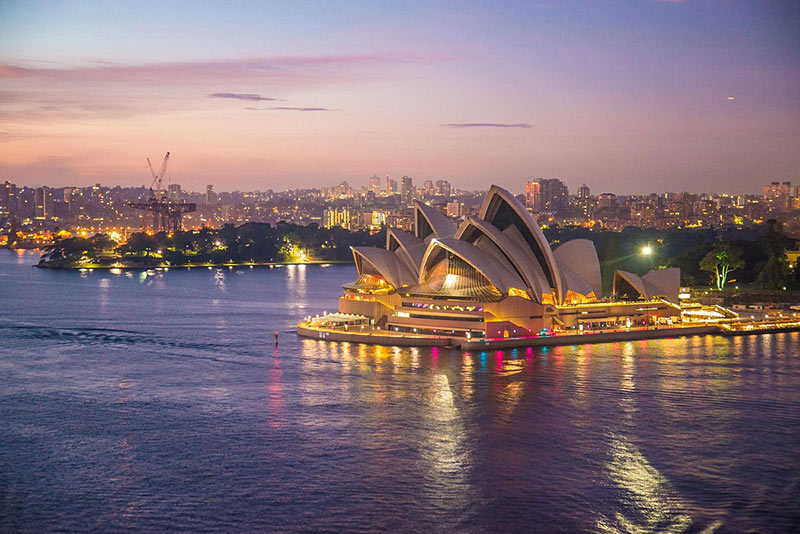 Be careful what you read as some information is incorrect. I read an article from a reputed magazine Conde Nast, published in 2015, which stated that in Australia, you need to pay 10-15% to the waiter. This is entirely incorrect and would come as a shock to any Aussie’s and also to the wait staff. PS, to the author who specified ‘waiter,’ we have both female and males, and they are called waitstaff! In Australia, we reward good service not because we have to. Tipping a cab driver, who we call a taxi driver, is not the norm, and only done if the passenger feels like it…generally after a big night on the town and they don’t know what they are doing…and they are eating a kebab.

We don’t tip. In saying that however, if you have a fantastic meal and great service, we show our appreciation by leaving a tip. Often when you go to a coffee shop, café or bar, you will see a jar next to the till. This is not for tips, but generally for a local charity, and if you have no great love of small change in your pocket, and support the local charity, then throw your loose change in there.

As a random aside, I worked at a high-end restaurant as a WAITRESS back in the days, and the tips I received paid my way through University. The caps lock is on ‘waitress’, because I know what I would think if I read that. 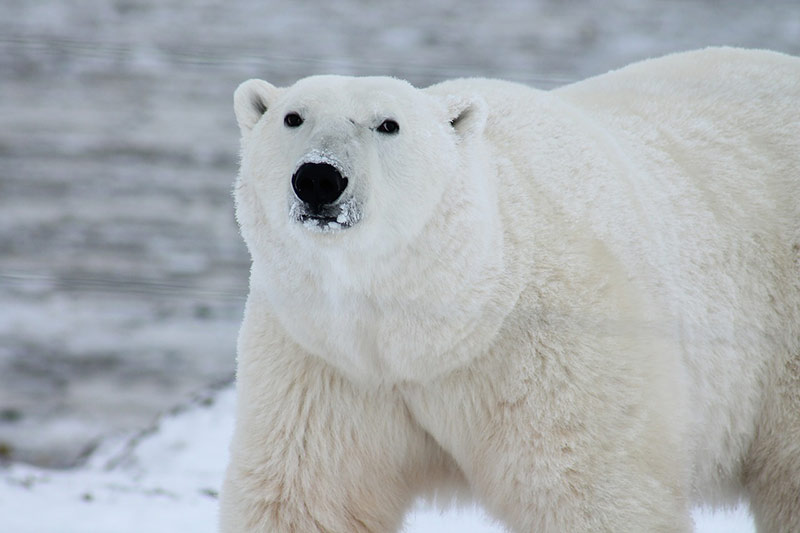 15 to 20%, depending on the service. There is also a sales tax to take care of, which is about 10%. Those both have to be added to the cost of the food and the drinks. Please, just tell me how much you want in total, and we will hand it over. In a situation where travellers are on a limited budget, this must be a really great concern. Not only do you have to work out what you can pay for the meal, but then deduct what you will have to give in sales tax and tipping.

Tipping in Europe is not expected. Of course, if you like the meal or the service, then it is up to you to show your appreciation.

Tipping in PARIS .. a little different 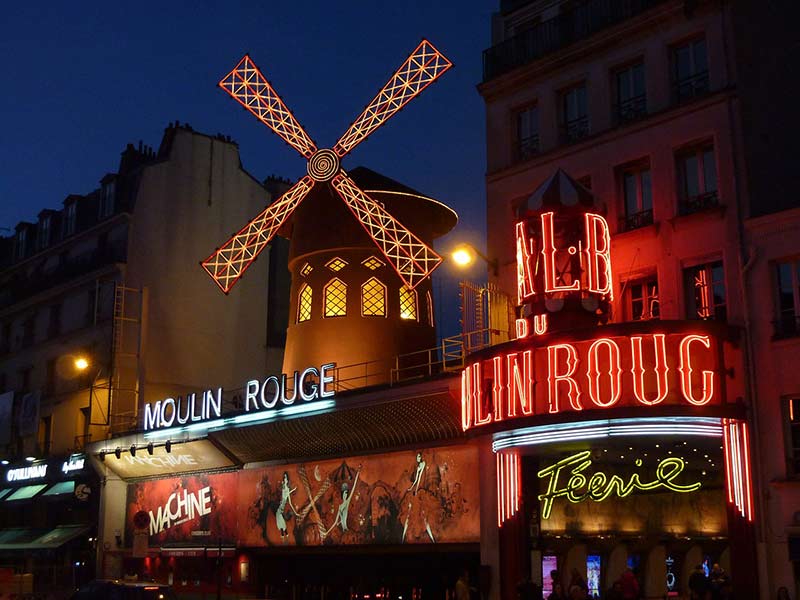 However, if you stop at a café for wine or coffee, and you must do both, leave your small change, or nothing or Vietnamese dong depending upon the standard.

If you are an American traveler… People all around the world know that you tip for everything, so you can expect to be treated differently. AKA you will be taken advantage of. That is why so many people wear a flag of their country somewhere on their person. This is not because they are that patriotic, but so that everyone knows that they are not American, and therefore not gouged and charged a lot more than anyone else. 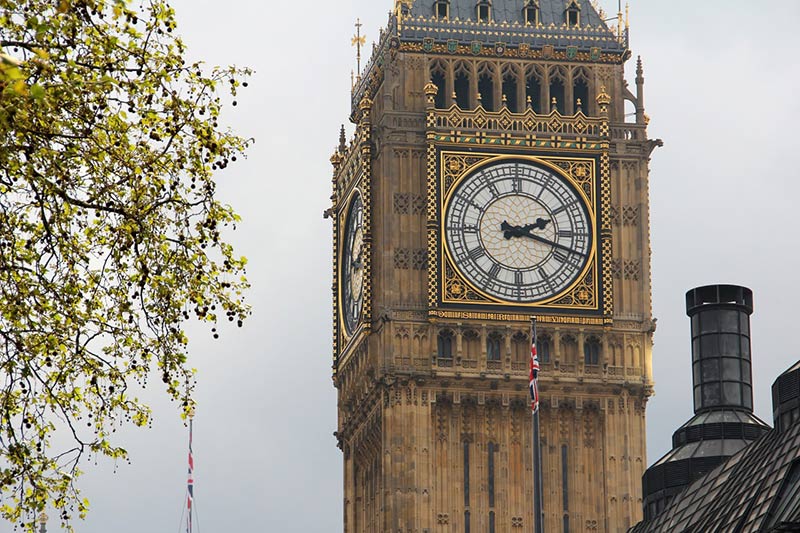 It is customary, but not compulsory to leave 10-15% of the bill when eating out. However, restaurants often add on a service charge (usually 12.5%). It is polite to tip 10-15% of the taxi fare for black cabs and licensed minicabs in London. But again, not compulsory and I am saying that because I know many people are on tight budgets when they travel. 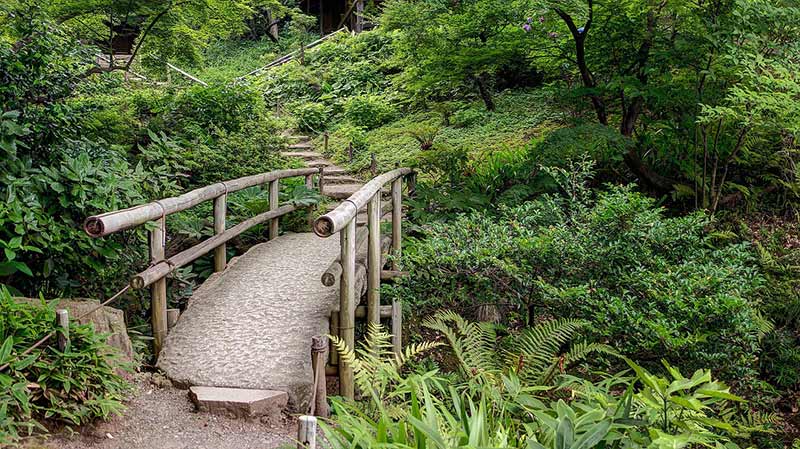 Tipping is not a common practice in Japan, and could even be seen as an insult, as the Japanese pride themselves on meticulous attention to detail and to pleasing the customer. 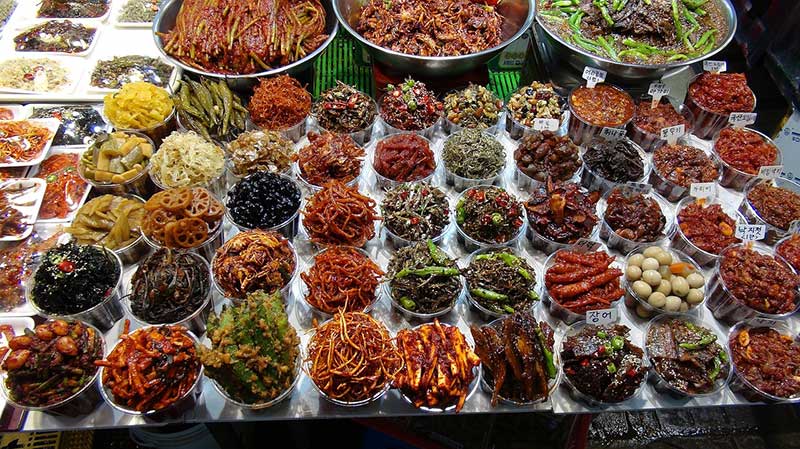 Tipping is not required nor expected in Korea. Most major hotels will add a compulsory 10% service charge to bills. This is on top of the 10% VAT (which is usually included in prices at most stores in Korea, but not in some high-end restaurants).

Taxi drivers will appreciate it if you tell them to “keep the change”, or jandom gajiseyo in Korean, but this is not expected, and they will have trouble understanding if you want to give them anything more than change 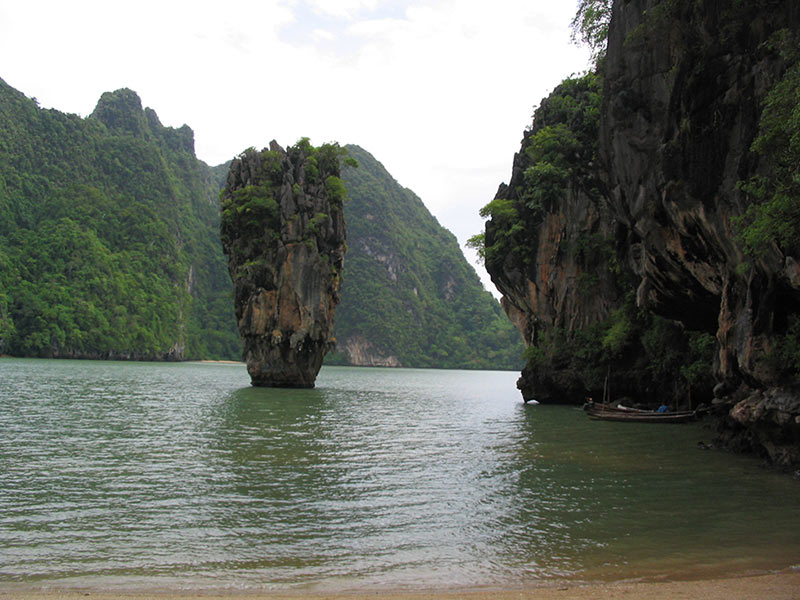 Officially tipping in Thailand is not expected. However, the reality is that many Thai people work long hours for very little money. I think you need to tip anyone who provides a form of manual service that has helped you out. When you realize that 20 baht is only .56cents in $US or .79cents in $AUS, it does not hurt to contribute a bit. The local people will often hint very strongly that you pay a bit more, and that is up to you. I always do. 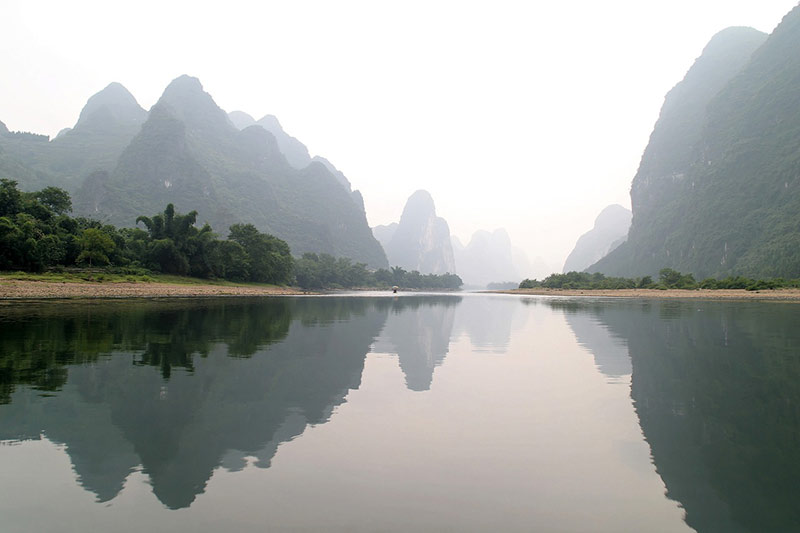 Generally, no one tips anyone in China, with some exceptions. Yes, Americans will be ‘encouraged’ to contribute more than other nationalities, which I will explain in a minute. Group tour guides, catering to foreigners depend on tip income.

There is an etiquette issue here too. The guide gets a larger tip than the driver. One is more senior than the other. However, if the driver is crazy mad, and remember you have to judge it by the countries standards, or the guide is lousy, don’t tip. That is a clear message to the company that they need to do some professional development.

Of course, the more remote the place that you are visiting in China, the more generous you should be.

Now the story of how Americans are walking targets. A friend went on a cruise on the Yangtze. The American passengers were on one deck, and all of the other passengers were on another. He asked a staff member, who he did tip, why was this. The answer was simple. Americans always pay tips. The sub text was, you Aussies don’t. 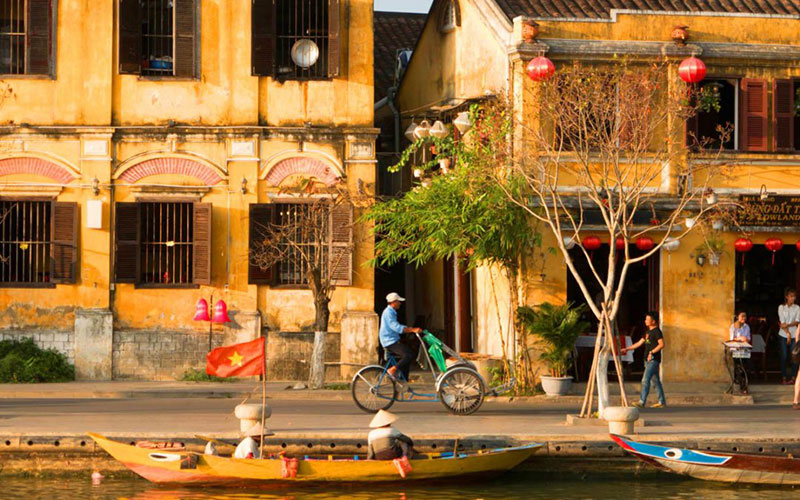 Tipping is not expected in Vietnam but is very much appreciated. It is similar to Thailand, Laos, Cambodia and a lot of Asia, where the wages are so much less than in the western world, maybe excepting the US.

Tipping is much like China for group tours. Again, the driver may seem erratic and beep the horn a lot, but once you have been on the road for a day or two, you will realize that this is the norm. Again, wages are very low in Vietnam, so it doesn’t hurt to leave some extra dong at times.

Tipping in the PHILIPPINES 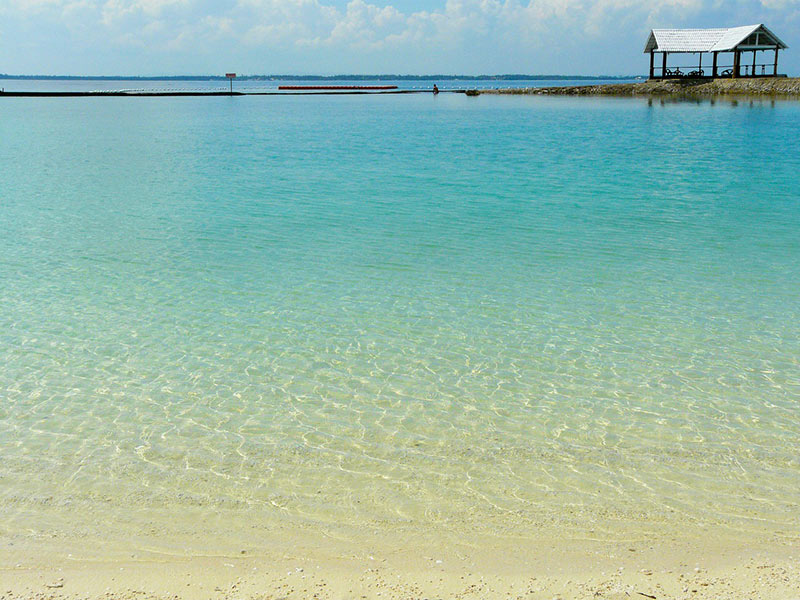 The Philippines is traditionally a non-tipping culture. Restaurants and hotels usually charge a service fee. Tipping is optional on bills that already include a 10% service charge. That’s the standard practice. Again, much like other Asian countries, consider what we have and many others don’t.

What to Tip in SINGAPORE 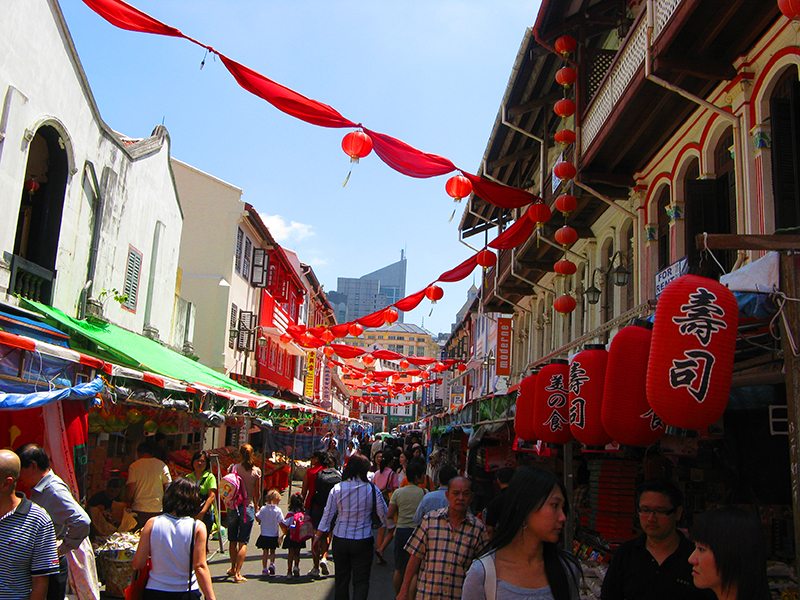 Tips are usually included in the bill, but if you want to reward exceptionally good service, you can add what you like. I, however, think that if you are having a drink at a bar where they charge you $36 for wine, they aren’t getting anything. On the flip side, in Little China, India or Little Arab town, drop a tip for especially good food.

Read: Singapore – Not as Sterile as I Anticipated

What to tip in DUBAI 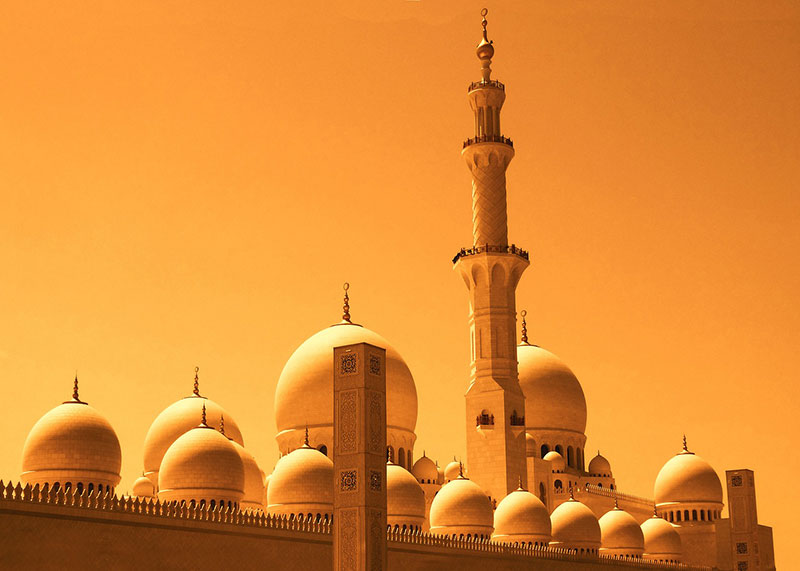 You will find that most service in Dubai is exceptional. It makes you want to tip.Dubai’s government mandates adding a 10 percent service charge to all bills at hotels, restaurants, and bars. Tips are usually divided equally among staff but sometimes go directly to the people who have helped you. Parking valets and porters are the exception—they usually get 10 dirhams, $2.75US or $3.75AU. Use xe.com for currency conversion. Cab drivers don’t expect anything, but rounding up is a good idea. Remember in Dubai they have Lady and Family dedicated cabs..look for the pink cabs 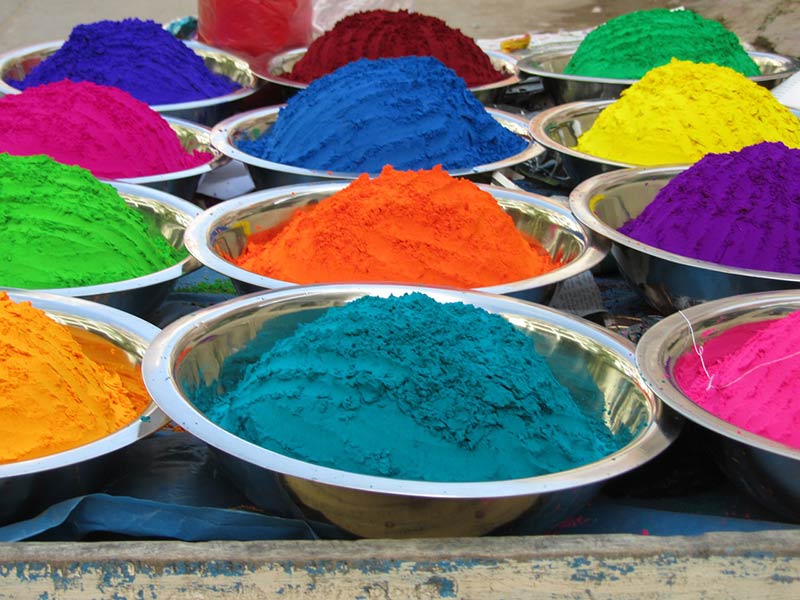 In most restaurants, 10% is a sufficient tip, which may be added to the bill. You will be encouraged to donate more, but it is up to you. 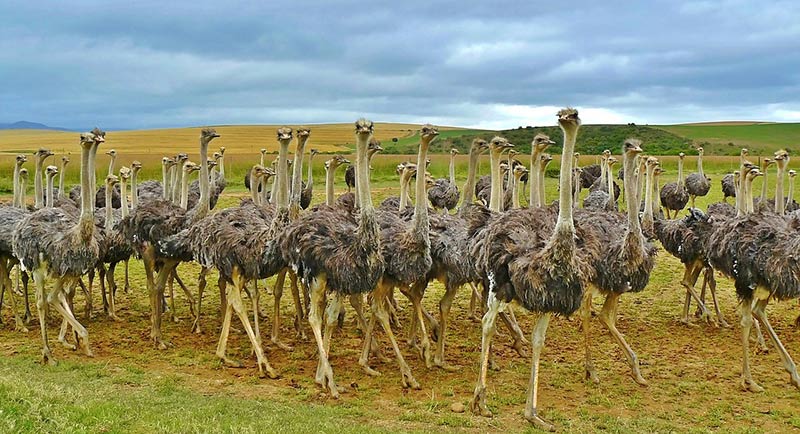 There are others countries not included in this Guide to Tipping Around the World.

Please add any others to in the comments.