Why Food and Travel is the Perfect Match 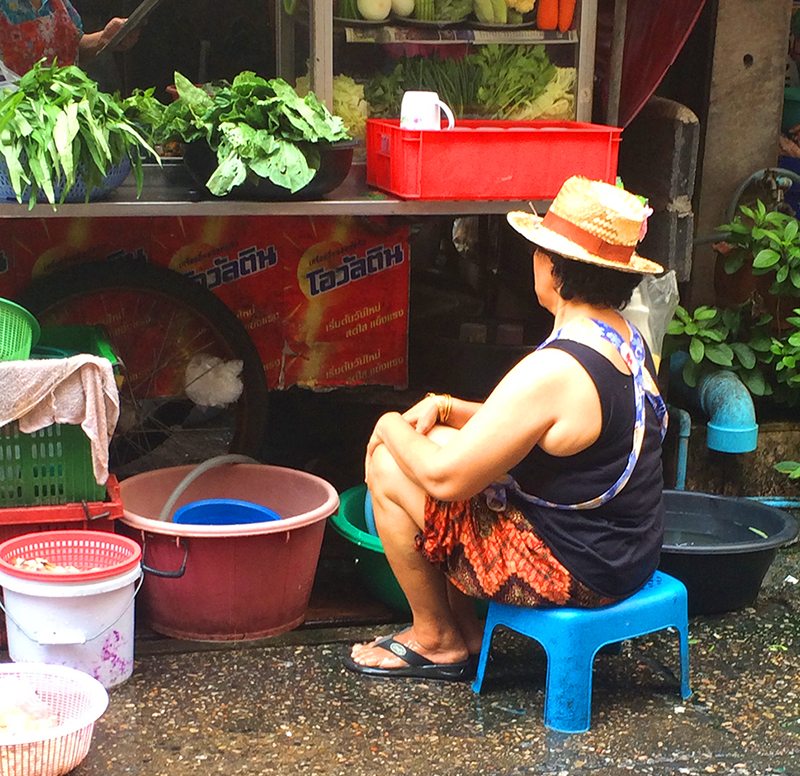 Why Food and Travel is the Perfect Match

Food and travel, travel and food are a match made in heaven. For us, you can’t have one without the other.

Food is the way we meet people whether it be at the markets, at a café or ordering from a street stall as we did in Bangkok. Food is also something that just enjoy both for the tastes and the sociable nature of the eating process. 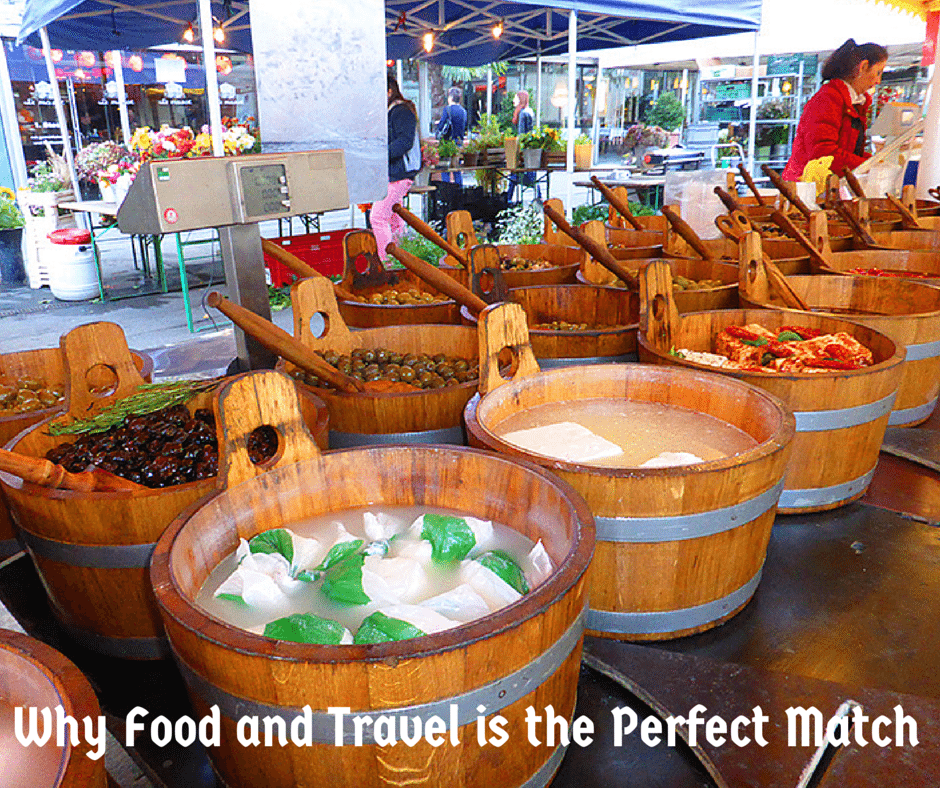 We had gone to the Chatuchak Markets in Bangkok and as we walked out we saw all of these local people sitting on stools eating from bowls. On the tables were big bunches of mixed herbs and various spices on the table. The aroma was overwhelming in a very good way. The queue was long, but that didn’t matter. We were not sure what to do, so this gave us time to watch how other people were ordering and to watch how efficiently and quickly the food was being prepared and cooked.

We got to the front, pointed and received our bowls. We went and found some chairs at a table where other people were eating, sat there and thought .. now what do we do.

They didn’t speak much English, and we didn’t speak any Thai. Did it matter? Not at all. We passed a very pleasant hour or so talking with them about anything really. This happens when you travel and why food is such an important factor in getting to know more about people and in sharing a common passion – food. And the meal was as incredible as it was fresh, cooked quickly and used what appeared to be very local ingredients. The company was excellent too.

We have eaten with other people in Jalon Alor in Kuala Lumpur, and again food becomes the easy way to   share a common love. 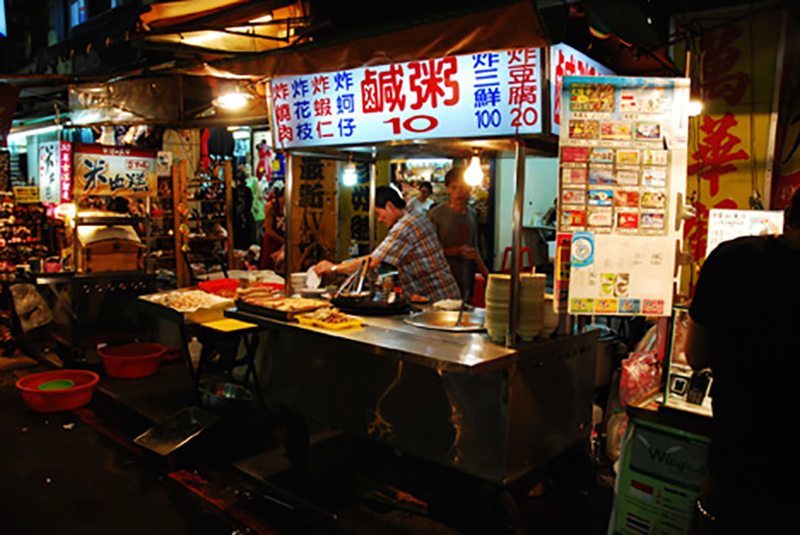 Food is a great leveller when traveling

Food is a great leveler when traveling and is an easy way to meet people, even if it is a transitory experience.

Eating with local people, shopping with local people and cooking with local people, in particular, really helps the bonding experience. Even if language is a slight barrier, food tends to break down any such issues. We have been at a cooking school in Sorrento in Italy where we not only made friends with the owners but also with fellow travelers. A cooking class, albeit impromptu in Ubud, made us some new friends who we will visit again at their warung. 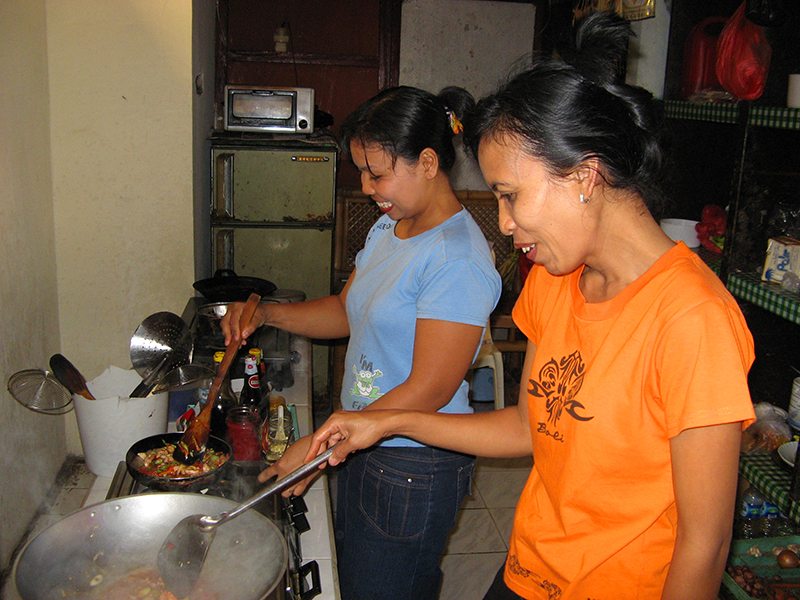 Food tastes better in the country of origin

We like food, and we like to try different foods, especially when traveling. While we are very fortunate in Australia to have a plethora of choices of different cultural foods, sometimes it is not as good as what you get in the country of origin. I wonder whether many of the people here have either Anglicized the food or that the ingredients are different from what is grown in the home country, or that all of the freighting in has changed the taste.

I know my brother in laws mother lamented constantly that nothing tasted the same as it did in Trieste in Italy where she hailed from. In the next breath however Nona would tell us of how they lived on root vegetables exclusively and how we were all too spoilt with what we now had. She is right in one respect, we do have a lot of choices.

We were in Domodossola, Italy in March this year. Gordon has never been a huge fan of artichokes, but he ate them in the village and is still proclaiming to everyone, that they are totally different to what we have in Australia and that they are the “best artichokes that I have ever eaten”. They were locally grown as we found when we talked to the man in the café who was pretty proud of them and with good reason. He then told us a lot about his village and about the markets that are held there every Saturday.

I became converted to brussel sprouts in Ghent but despite trying to but the smallest ones I can here I can still not get that exact flavor. I am close but not close enough.

It was here in Ghent that the lovely lady of our B&B used to send us daily to a locals only place to eat and then we would come back and share our experience with her.

She would then tell us that Ghent was not part of Belgium and that it was Flanders and that she did not have a lot of time for the the neighbor up the road who was a gossip. Some things are universal. 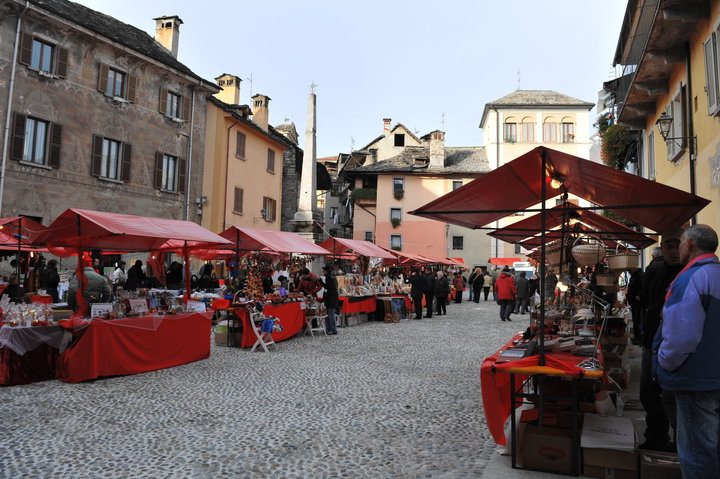 From harvest to the table, an eco friendly and tasteful experience

Eating locally when we travel gives us an insight into the people.

One of our favorite things to do is to go to the markets in the early morning and check out all of the people chattering away, arguing over the latest news or pointing something or other out in the newspaper. We see the produce and to see what people are buying. We like to pick up different things that seem to be really popular with locals, and while we don’t always know what it is, we figure that if it so popular then it must be good. We watch the people interact with one another and with us.

I believe we have been to markets in every city or village that we have been to and certainly seeing the markets being set up is a highlight, plus they give out samples. Often we have been in discussions with the stall holder about how they have grown their crop or made their cakes or biscuits.

In Colmar in France, we got chatting with a lady who told us all about making the gingerbread cakes and how long they take to cook and to mature to the perfect taste. Sampling them was not to bad either, and we got to learn more about what she does. Have you ever tried a tomato that was picked within 24 hours? Then you will know that food from the field to the table is better than one that has been in cold storage forever. 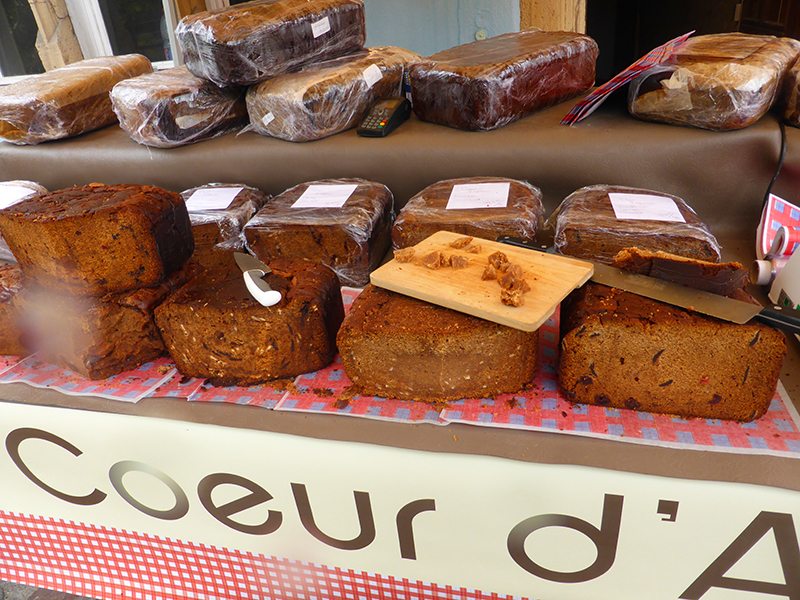 I would tend to think that between harvest to your table has to be a lot better than via a freight service. If you can see where your food has come from, watch it being cooked and then eat it, this spells healthy and flavorsome to me.

If you can chat to people over a meal, then the meal is that much better.

I remember in Samoa, you would see the men fishing and then next thing they were selling them from pikes along the side of the road. Then you would see the café owners buying them and know that it what you would be eating that night.I miss cooking the most when I am traveling, especially after being to the markets, which is another reason to get an apartment, though going out gives you, access to meeting more people.

Another important consideration when eating locally is that you are supporting a local economy and not a chain of westernized outlets.

I was quite embarrassed in Paris recently when a lady we met on a walking tour, complained long and hard about Starbucks not being open past 8pm. Lady – you are in Paris for goodness sakes, I felt like saying.

Eating locally is also good for the economy of the area. I know I know that Bali have taken some significant hits in the last number of years so that any money that goes back into their economy is much appreciated, and I would rather support a farmer and a café owner than but a Bintang t-shirt. 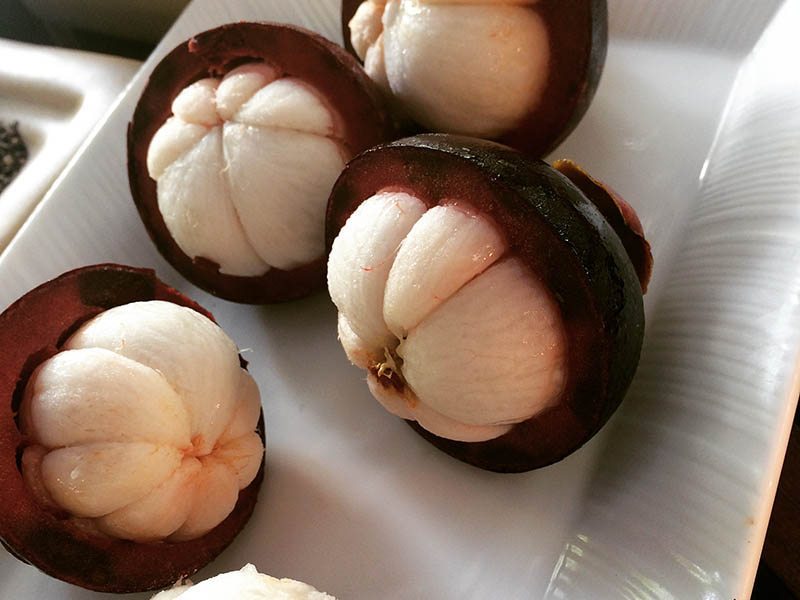 I know that we contributed a lot to the economy of Chiang Mai when we ate them out of house and home with the beautiful lychees. Despite buying them back here at home and undoubtedly they are imported, they don’t taste the same. Maybe it is being in Chiang Mai itself that makes them taste and smell that much better. I will give a thumbs up however to Australian mangoes grown right here. The best mangoes and magosteens must drip right down to your elbow FYI. Eating locally grown and sourced food is also an eco-friendly way to go. If you can see the farmers picking their crops and bringing them to the markets, then you know that it has not involved major transportation, packaging, and processing. 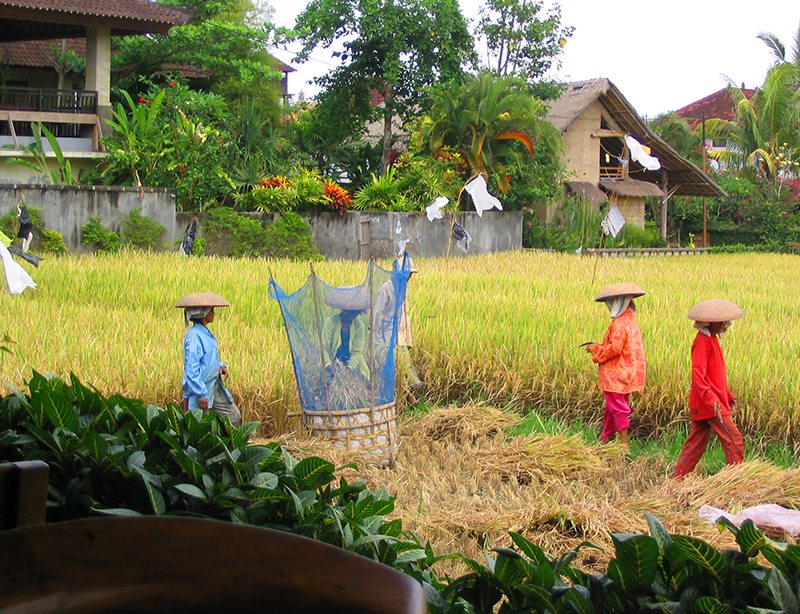 Travel and food do mix well as we found out when we met some wonderful ladies from Antwerp.  We ended up sharing our meal with, they were hungry and had a fantastic night learning about one another. We have met people from all over the globe and shared a meal with them. We sometimes remain friends with them as in some lovely people we met in Nozawa Onsen, Japan, who hail from Zandvoort in The Netherlands.

A meal with a family in Sri Lanka, however, caused us major issues. The family had invited us to their house, put on an enormous banquet and then they went and sat in another room as they thought that we were the guests. Bad. We begged them to eat with us, but they wouldn’t. I know that this must be a cultural thing’ but we hated it. We wanted to chat to them and to share the wonderful meal that they had prepared – with them.

Just maybe, if lots of people sat down together and shared a meal, we would all be better off.

Do you think that food and travel are a perfect match?